Humans have different races, and like animals, they too have other breeds. Dogs have Pomeranian, Labrador, and a lot more. Rabbits are not an exception as they also have multiple species.

All of which are according to their size, color, and other physical features. One among the many breeds of rabbits is the Pygmy Rabbit, and today, we will learn more about the Pygmy Rabbit. 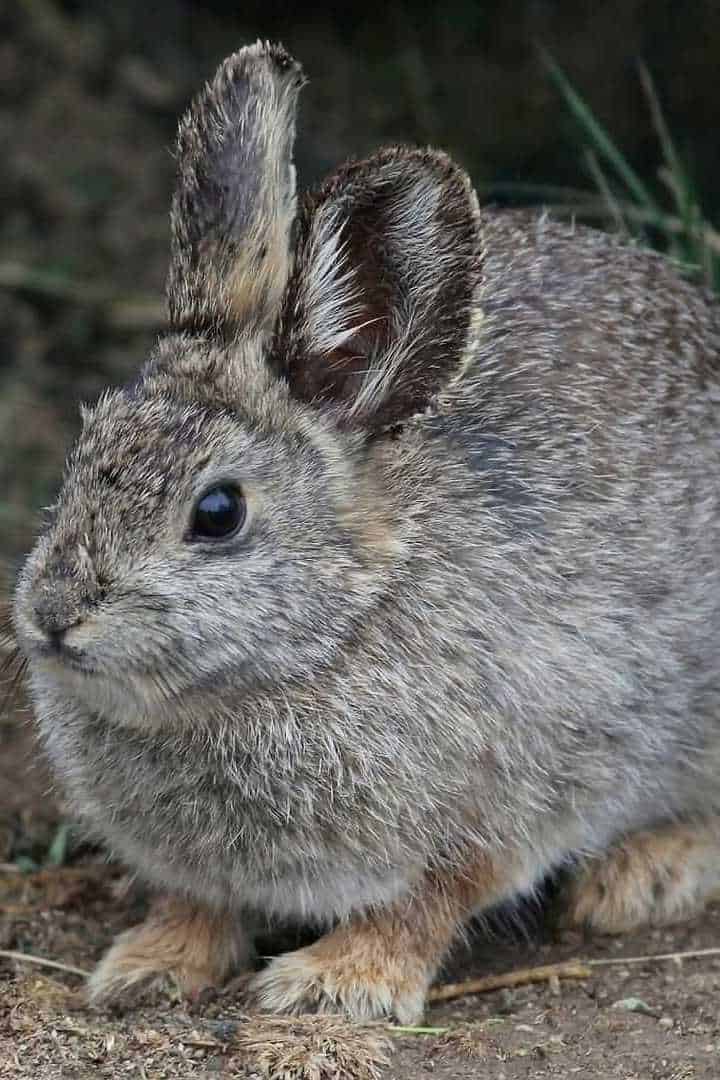 Take a look at the table below for a piece of quick information about the Columbia Basin Pygmy or most commonly known as the Pygmy Rabbit:

What is a Pygmy Rabbit? 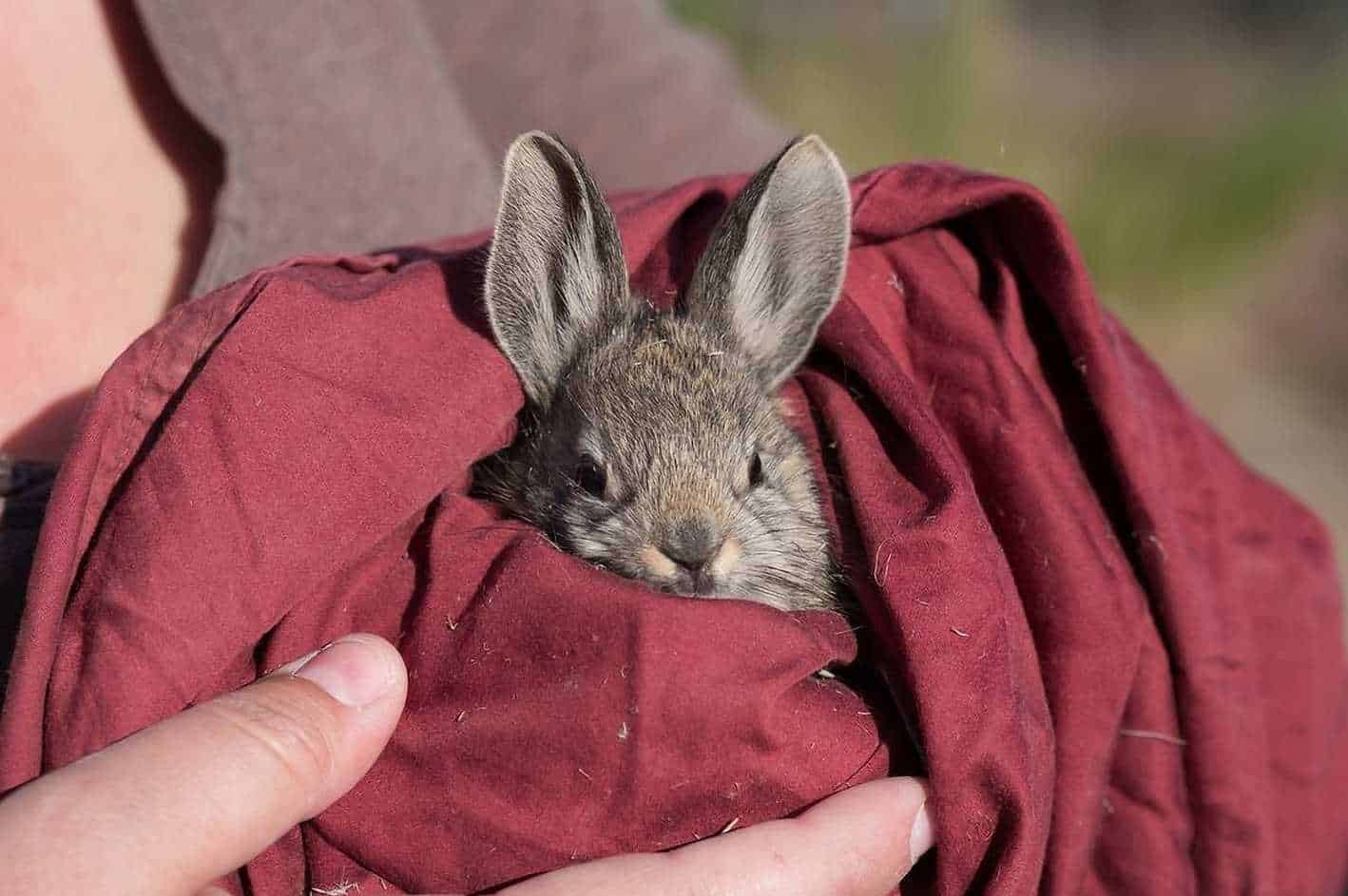 An animal named according to their tiny-built is the Pygmy Rabbit, also known by its scientific name Brachylagus Idahoensis. They are considered to be the smallest type of rabbit in the entirety of North America.

Most of the pygmy rabbits live in the shrub-steppe landscapes of Washington. Thus, it is also known to be the Columbia Basin Pygmy Rabbit.

However, this type of rabbit now has an endangered status both at the state and federal. When being captive, they have a lifespan of at least 3 years. 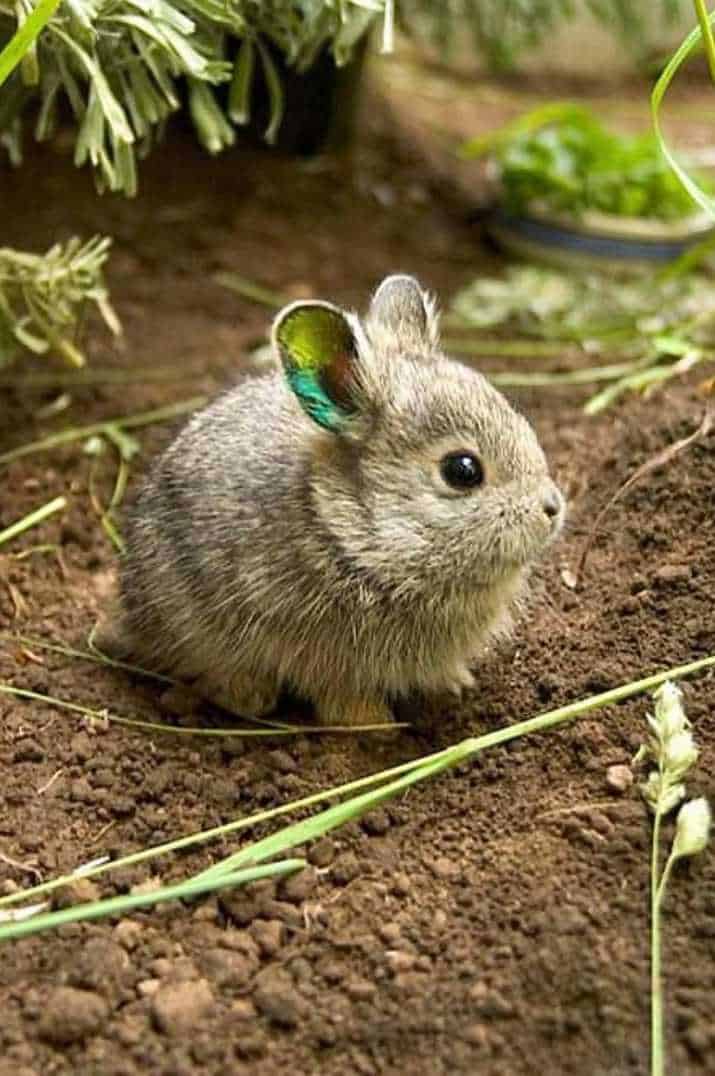 A short history and background about the Pygmy Rabbit is that it was recorded in 1890 as it was first seen in Idaho. It weighed less than 1 pound and is known to be the smallest rabbit to exist in North America.

However, due to continuous loss of habitat for them, they were listed in the state of Washington to be a threatened species by the year 1990.

Unfortunately, three years later, they are reclassified to be nearly extinct or an endangered species. This is due to the 4 main reasons they continue losing their homes.

All of which is the creation of the livestock pasture, oil and gas wells, bush and forest fires, and aggressive housing alteration projects.

Pygmy rabbits are always dependent on a dense and tall sagebrush. They use sagebrush not only as their source of food in the wild but also use it as their homes and for survival.

However, due to the continuous loss of homes for these precious little creatures, they became more prone to danger due to exposure to different predators.

You may notice that a pygmy rabbit is present in an area when you see a burrow that has at least 3 entrances with more or less 3 inches of opening. Moreover, you may also see their scattered fecal pellets that are unnoticeably small.

Locations where there are Pygmy Rabbits:

Rabbits are commonly known to be small creatures compared to other animals. However, some rabbit breeds can go as big as a Shih Tzu. With regards to the pygmy rabbit, they are believed to be the smallest (and cutest) rabbit breed in North America.

This rabbit breed can grow up to 11 inches or 28 centimeters in length. Since they are naturally small, they are not that heavy and can only weigh up to 454 grams or less than 1 pound.

When it comes to their physical appearance, everything about them is small, unlike the usual rabbit image that we automatically visualize when we hear the word rabbit.

Pygmy rabbits have fully erect yet extremely short and rounded ears that have dense hairs both inside and outside.

They look so fluffy because of their thick fur, often in a brownish-grayish color that usually changes depending on the season. Sometimes, it has a slight hue of pink during winter and a brownish hue during summer. The hair that you mostly see on its belly part is white.

In addition, the doe or the female rabbit is a little larger than the male rabbit, also known as the buck. 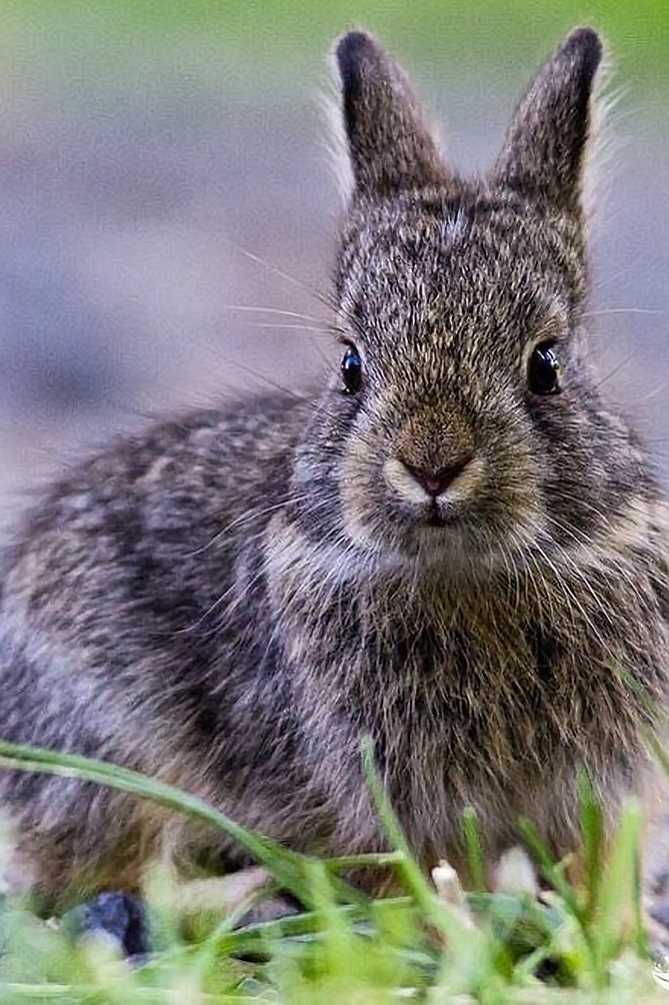 Pygmy rabbits, though small, are very active regardless of the time, but their energy will then start to peak either during dusk or dawn. Pygmy rabbits, like wild animals, are slightly flighty. However, unlike most rabbits, who love to hop, they prefer running instead.

Moreover, since they are very prone to a lot of predators, they never stay away farther than their dug caves as their shelter. That is why they are the only rabbit species known in the United States of America that digs its burrow that can go deeper up to 1 meter.

Pygmy rabbits are never territorial, and they usually move from one place to another as long as they feel safe and have food to eat.

Other Characteristics of a Pygmy Rabbit

Apart from the other information about the pygmy rabbit mentioned above, here are their other characteristics that you should also need to know: 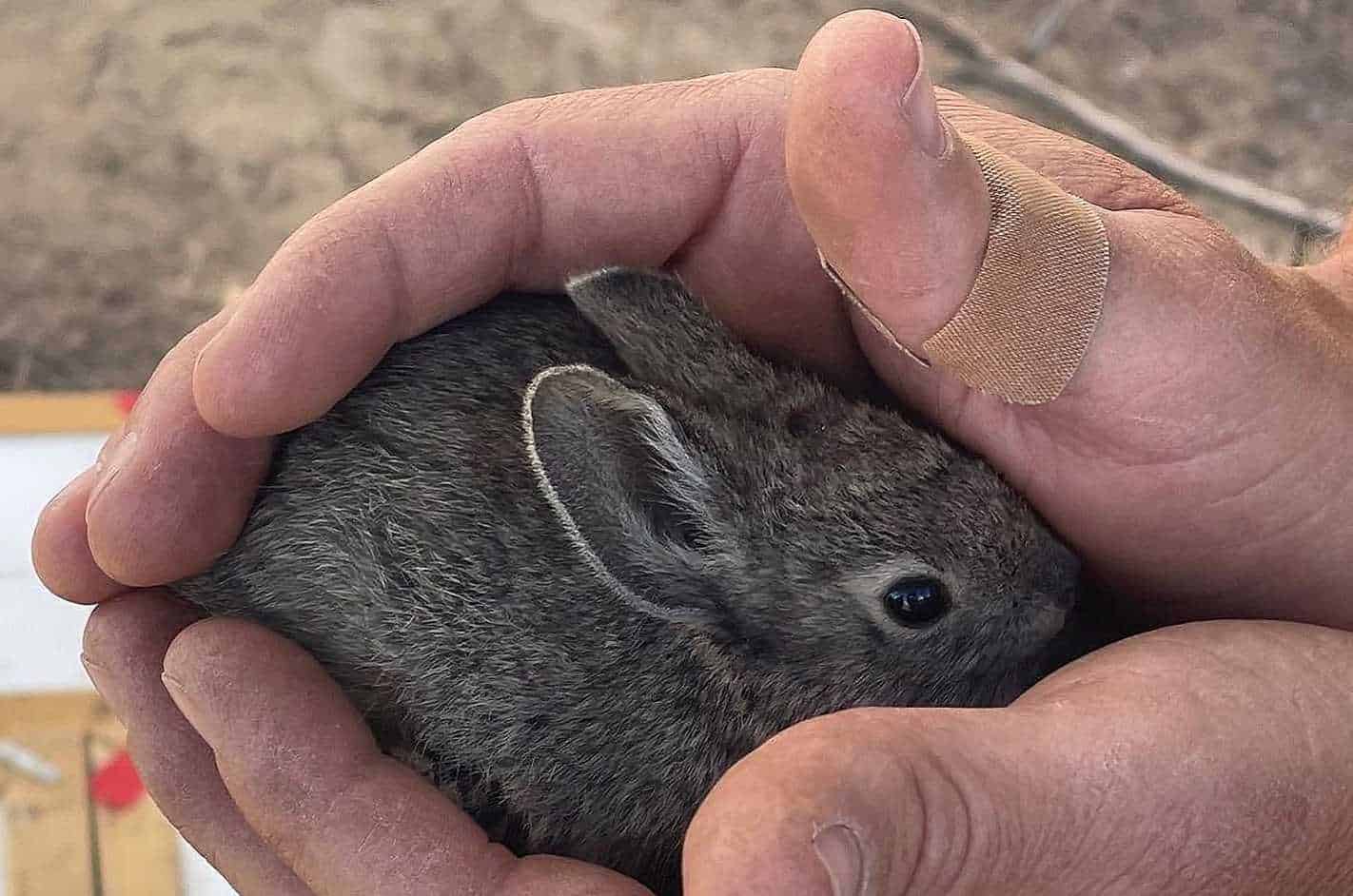 Just like humans, animals too are not exempted from potential health risks. They, too, are prone to some medical concerns that need to be addressed, primarily when held captive. After all, it is the owners’ duty and responsibility to keep their pets safe and healthy at all times.

Pygmy rabbits may start having physical examinations as early as 3 months of age. The professionals will provide anesthesia to these precious little creatures prior to the procedure.

Once they are fully-grown adults, veterinarians will examine these pygmy rabbits annually via manual restraint. With regards to the health concerns of the Pygmy Rabbits, listed below are the potential health risks you should look out for: 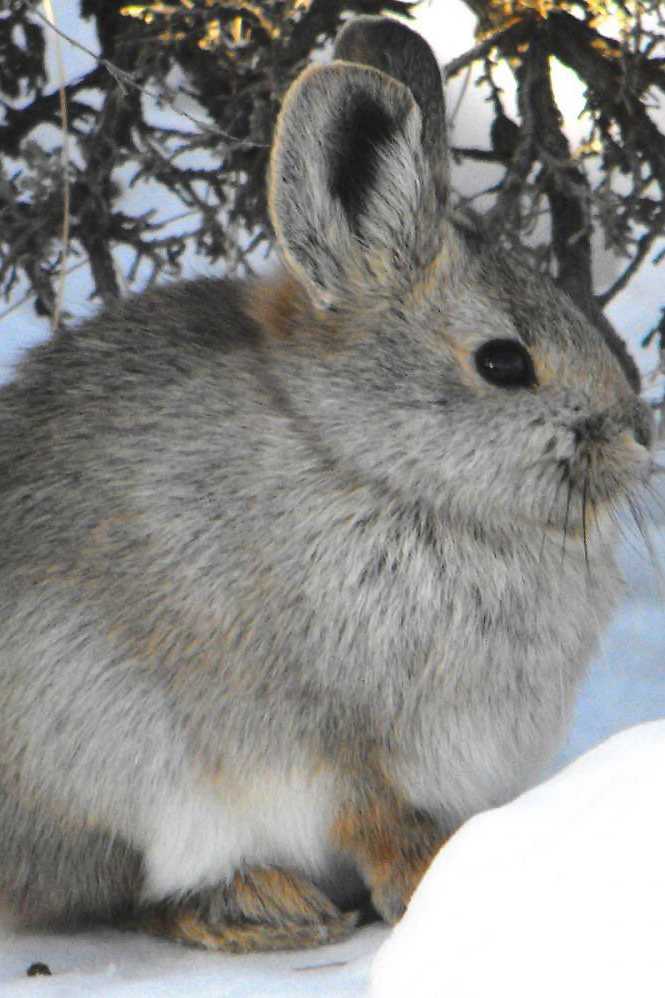 Considering the size of a Pygmy Rabbit and its rare breed, they can be very delicate and prone to dangers.

Moreover, it is a captive-bred specimen, so there are high chances that its natural wild characteristics may outshine its tamed nature. Nonetheless, for the Pygmy Rabbit to survive, make sure that you provide them the tender, love, care, and attention they would need.

Pygmy rabbits in the wild are independent and know how to keep themselves and their kittens safe by digging some holes.

At the same time, pygmy rabbits that are preferred by most households should understand the importance of providing a comprehensive and secure enclosure to serve as their home.

The housing should be big enough for them to socialize with each other and at the same time eat, drink, play, and sleep.

Just like any other animal and other breeds of rabbits, a Pygmy Rabbit should also have a proper and healthy diet. Hay is the topmost recommended staple food in a pygmy rabbit’s diet. The rough texture of hay helps maintain the digestive tract of a pygmy rabbit healthy.

Though, you can also choose to provide them with commercial pellets from time to time as these commercially-made pellets already include some vitamins and minerals that are essential for your pet.

Moreover, you can also decide whether to add some fruits and vegetables to their meal. As long as these foods are safe for them to eat.

Pygmy rabbits are at their best when they are outdoors. Therefore, the characteristics of being in the wild may sometimes show up. That is why it is necessary that you train them very well to domesticate them and tame their uncivilized behavior.

Make sure that you find time to interact and play with them at least a few times a day. Pygmy rabbits, though considered to be a wild animal, are so good at socialization. Hence, it would be best if you give them some companionship.

You can utilize their energy by playing and training with them during the daytime, and it is also the best time to feed them their meal.

Moreover, these cute little creatures should have 8 hours of sleep daily and can exceed more. You may also notice how they are gathered together side by side to keep each other warm.

Naturally, pygmy rabbits know how to groom themselves, which may take hours to finish. Hence, you do not have to bring them regularly to a pet salon to have them groomed.

Though, it is at your discretion whether you should get them to the pet salon already or wait until they voluntarily groom themselves.

A pygmy rabbit can groom itself, but you may also notice that they also groom each other, serving as their bonding. For kittens, the doe or the mother rabbit does the grooming for her young.

Other Information and Facts about the Pygmy Rabbit 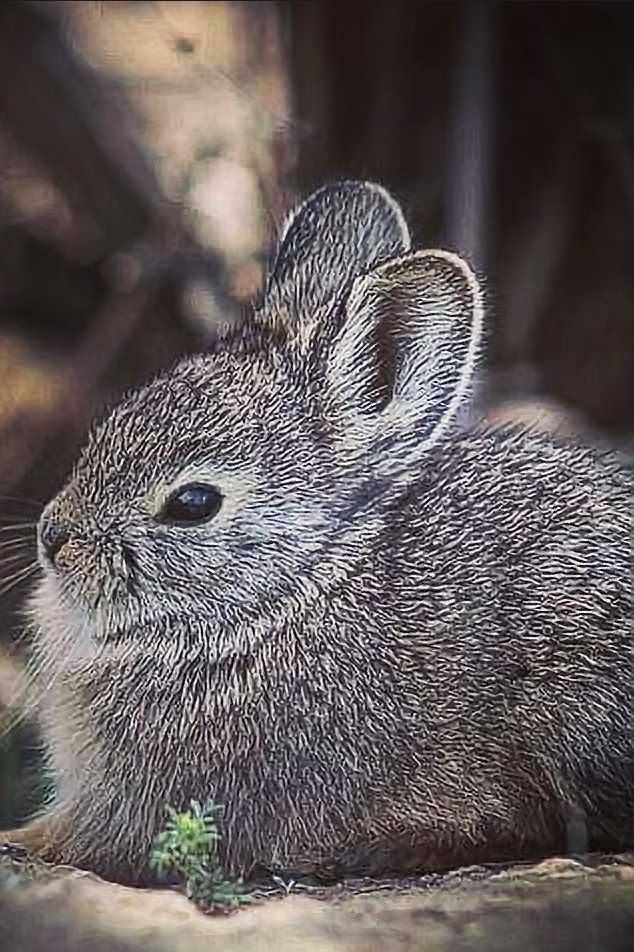 There is a lot of other information that you need to know about the Pygmy Rabbit. Listed below are some interesting facts about them.

Again, animals, too, have different species and breeds. And for rabbits, one among its many breeds is the pygmy rabbit.

Today, we have learned a lot about the pygmy rabbit regarding their history, temperament, features, characteristics, the food they should eat, tips on how to care for them, and more.