Rabbits can be curious and adventurous creatures. However, we need to protect them from venturing out on their own since they are still prey animals.

They are vulnerable to attacks from vicious predators. It’s important to know what eats rabbits to find ways to shield them from harm.

The most number of rabbit predators comes from this group of animals. While most of them live in the wild, you’ll be surprised to know that domestic mammals can be predators to your bunnies, too. Here are some examples of mammal predators that live in the wild. 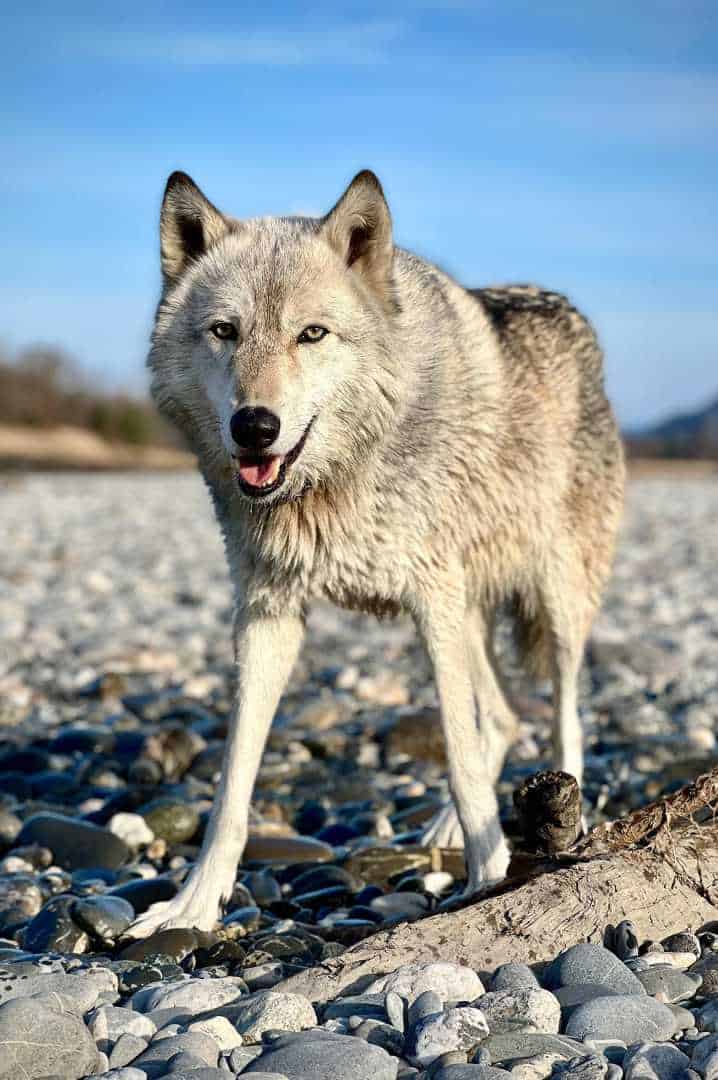 Wolves consume a carnivorous diet, so they eat many different animals, rabbits included. They usually consume about 20 pounds of food every day. Generally, a wolf prefers large animals with hooves, but they also like to have small mammals, like bunnies, in their meals.

Usually, rabbits are only supplementary to a wolf’s primary food. However, whenever there are no other animals available, like during food scarcity, they’d gladly feast on a rabbit.

It is interesting to note that rabbits come first in a wolf’s diet in Minnesota, ranking next to the wild-tailed deer. 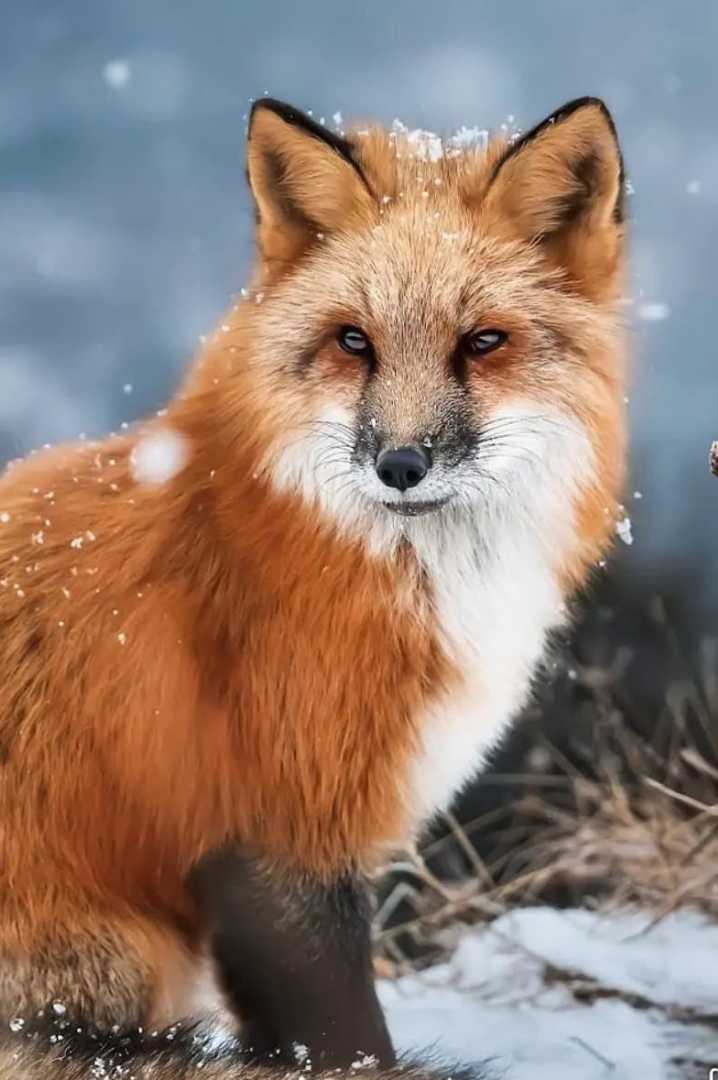 If rabbits are a wolf’s second choice, they’re number one on a fox’s list. They consider bunnies as their primary food source.

Subspecies of this animal, such as the Fennec Fox, Arctic Fox, Swift Fox, Kit Fox, and most especially the Red Fox, eat the rabbits that they can hunt in their specific environment.

Foxes can adapt and survive in forests, agricultural lands, fields, and the woods. So the rabbit that they eat will depend on those available where they live. While they can thrive consuming other animals, rabbits will remain a considerable part of their daily diet. 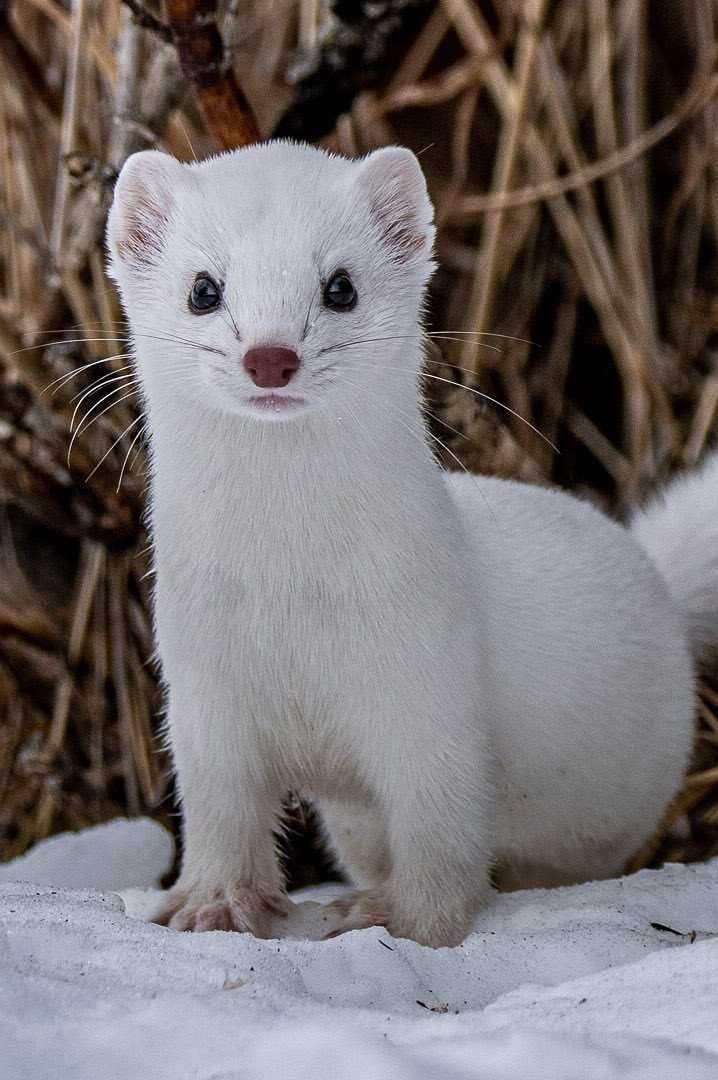 This member of the Mustelid family may be the most petite carnivores globally, but they can efficiently prey on rabbits.

Bunnies are considered to be their primary source of nutrition. Even if they are smaller than the usual rabbit predators, they can easily capture a rabbit due to their exceptional strength.

Weasels can crush the rabbit’s head or spinal cord by biting on its neck. They can gobble up to 40% of their total body weight due to their very high metabolism.

Rabbits living in North America, North Africa, Western Europe, and some parts of Asia are more prone to an attack by weasels.

Rabbit predators aren’t limited to wild animals. Unfortunately, even animals kept as pets can be your bunny’s worst nightmare. We need to remember that even if these mammals have been domesticated, they still have a primal predatorial instinct. 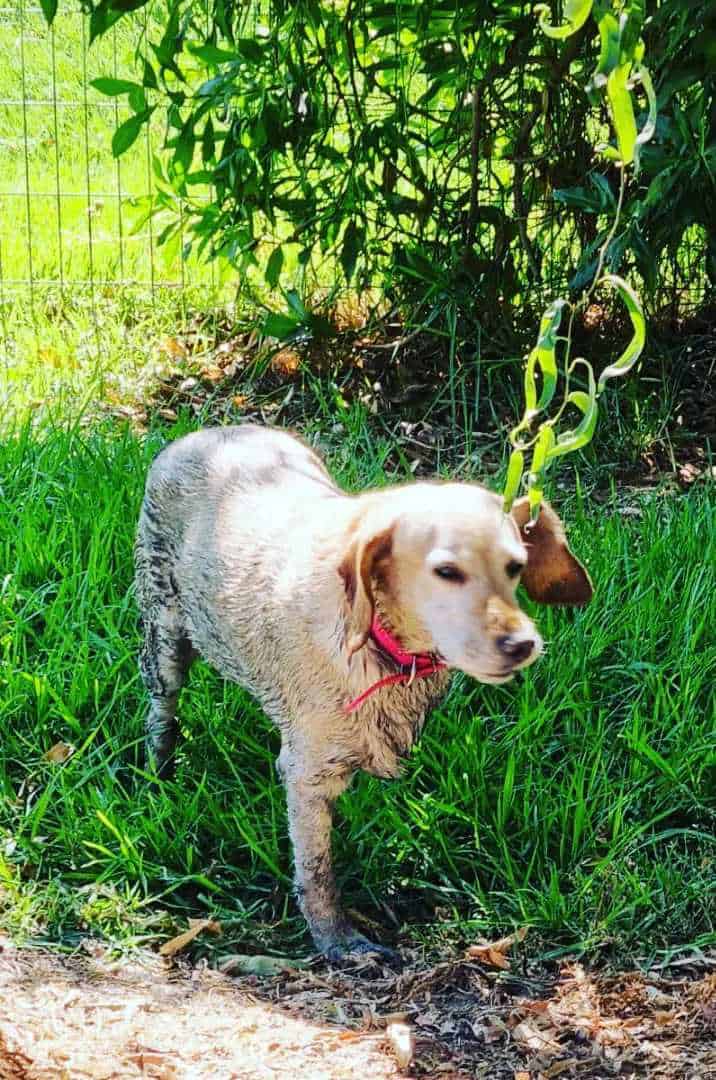 Mans’s best friend can be a rabbit’s worst enemy at home. Domesticated dogs attack and prey on defenseless bunnies due to their upbringing and nature.

A litter of rabbits is more exposed to being mauled by a dog than adult ones. Dogs love the texture and taste of baby rabbits and would do everything they can to reach them. They can do severe damage to a cage and scare your rabbits. 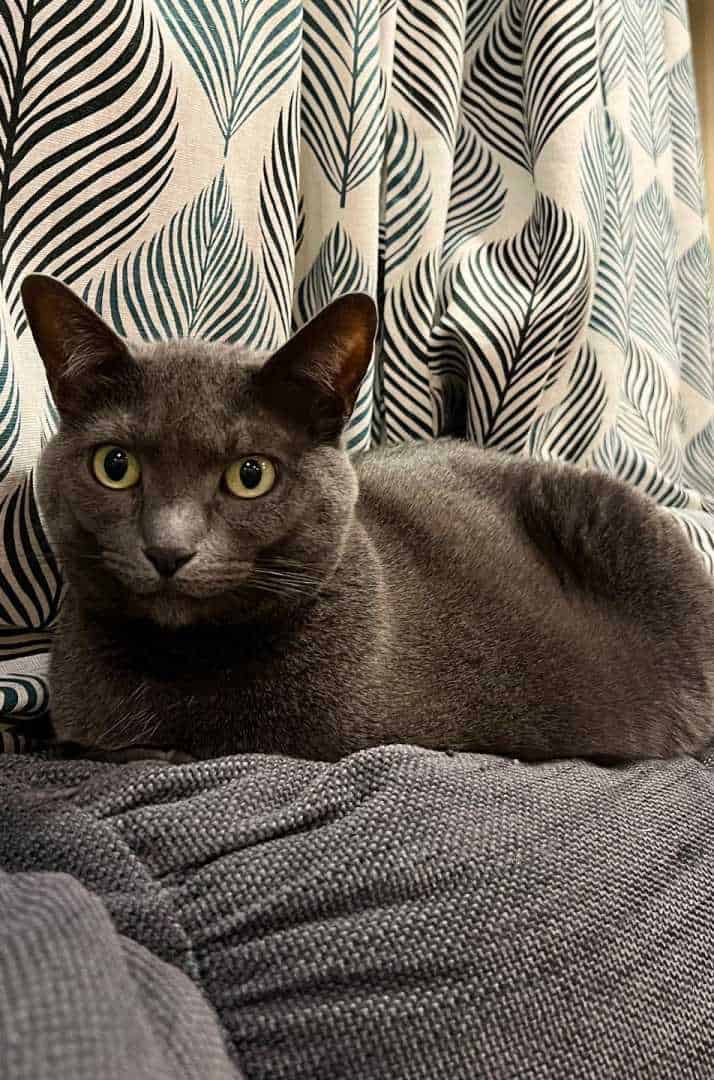 Smaller breeds of rabbits have a solid resemblance to mice, making them a tempting target for cats. Pet cats still have predatory instincts running to their veins.

Their relatives, the lion and the tiger are voracious rabbit hunters, so you can’t blame them for exhibiting predatory behaviors.

Bunnies can protect and defend themselves by kicking and running away from cats. However, they are at the losing end during catfights most of the time. A kitty’s sharp claws can cause serious harm to rabbits leaving them more vulnerable and weak.

Humans may not be animals, but they are also mammals that prey on rabbits for food. Television has shown this predatorial relationship through Elmer Fudd’s constant threat to Bug’s Bunny’s life.

For many years, tribes and trappers from different parts of the world have hunted bunnies. Some people prey on them as a leisure activity while others do it as a form of livelihood. Modern hunters have joined their pack and killed rabbits to meet the demand for meat and fur. Rabbit meat is a highly nutritious alternative to chicken and pork.

There are also animals from other groups such as birds and reptiles that are rabbit predators. They may not have the ability to run just like mammals, but their unique capabilities make them ferocious hunters. 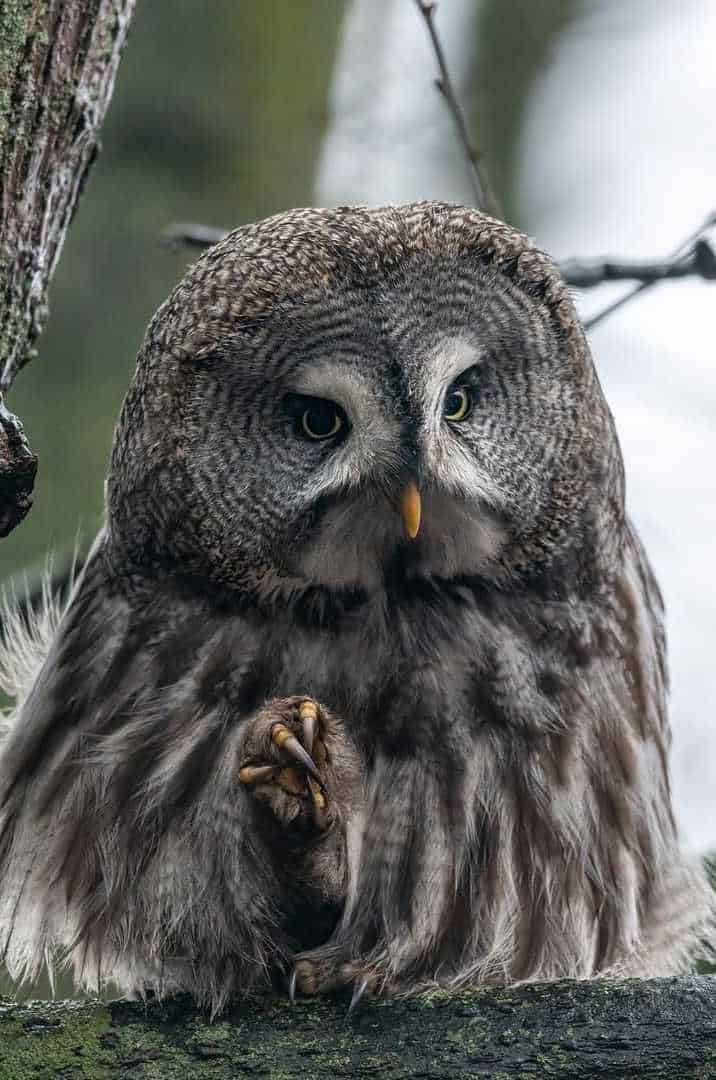 Owls can torment any animal smaller than themselves, including rabbits.

Owls, being nocturnal creatures, depend on their intense hearing skills and exceptional vision. They’d patiently wait in the dark for a rabbit to come by.

The owl will swoop down and grasp the unsuspecting rabbit when the timing is perfect. Usually, the prey will get hurt with their sharp talons. 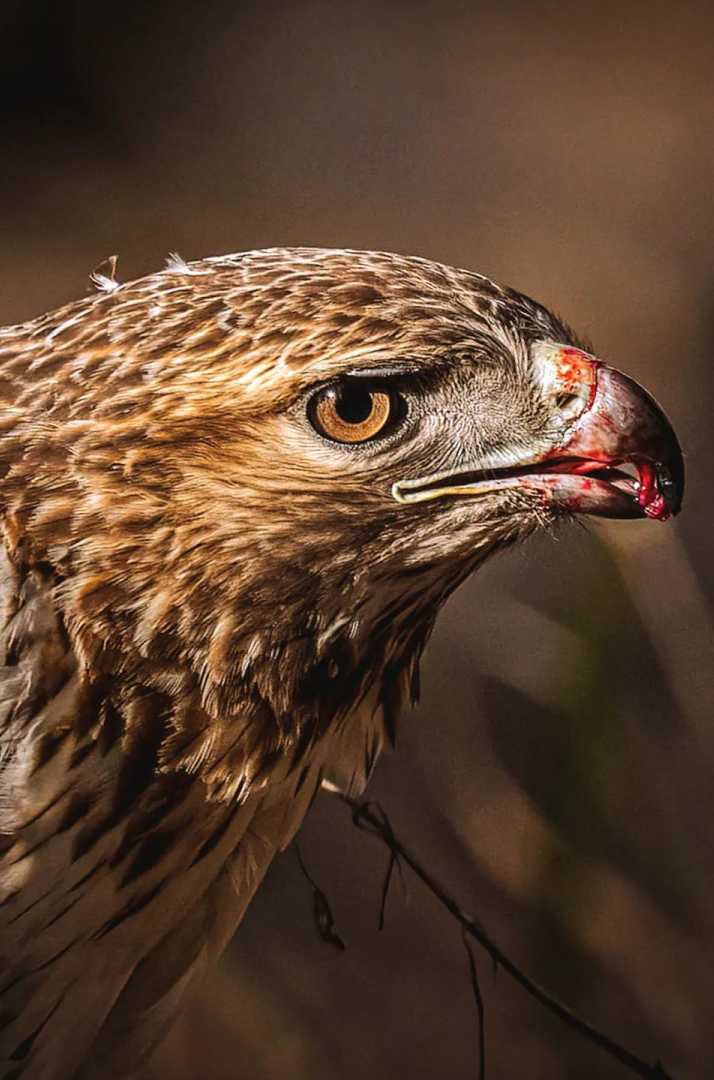 Medium to large-sized hawks called harriers has a wingspan of four feet and length of up to two feet.

Their physical features allow them to take down defenseless prey, including rabbits. One interesting fact about these birds is that males prefer birds more than their mammal-loving female counterparts.

Red-tailed hawks and red-shouldered hawks love to eat bunnies. They’d usually fly close to the ground to hunt for their prey. They quickly take down and eat a rabbit before other creatures can get to them. 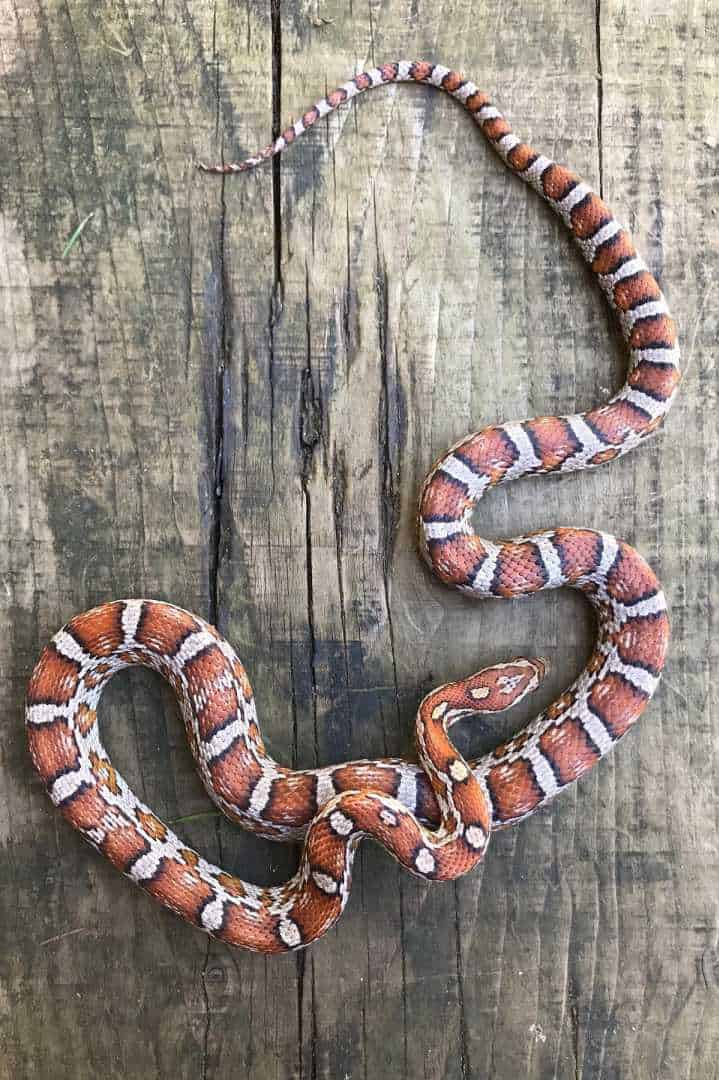 Snakes are known to eat an animal (or human) that moves, so it’s no wonder that rabbits are on their menu. They have uniquely-formed ligaments that connect their mandibles. It stretches and spreads to allow them to swallow a rabbit whole.

Unlike other animals, snakes don’t chew their food. They have a tremendously strong stomach acid that can break down any creature they ingest.

It usually takes several days to weeks before fully digesting a rabbit. Digestion all depends on the size of the bunny and the environment. 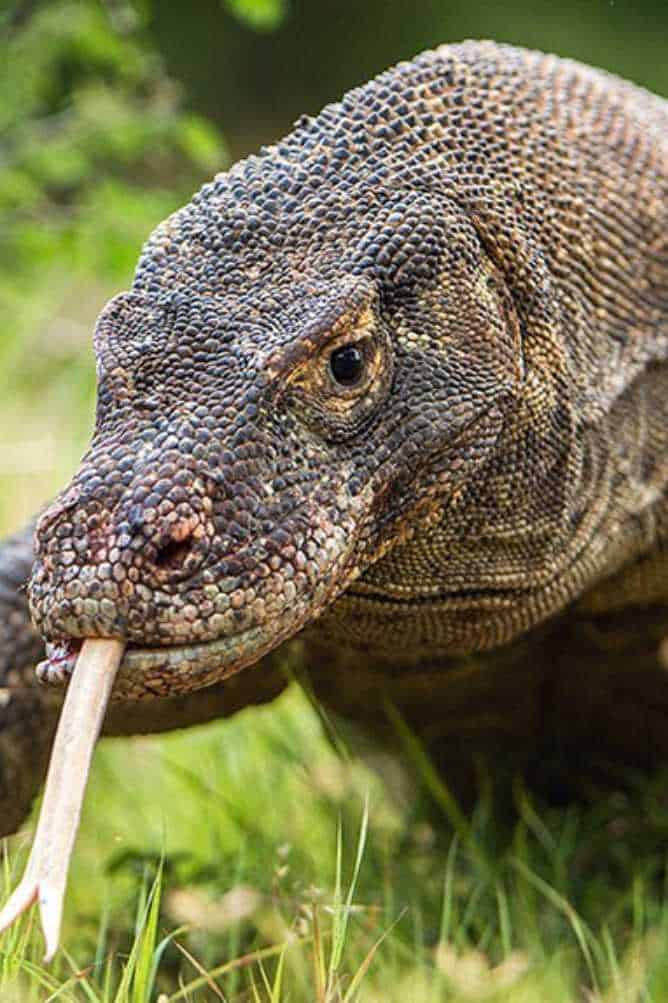 Komodo dragons and iguanas love to eat rabbits, deer, and toads. Bunnies are the monitor lizards’ primary source of food. Since these reptiles inhabit these places, rabbits living in Asia and Eastern Europe are more exposed to lizard attacks.

How to Prevent Predators from Harming Your Rabbits

1. Ensure that your rabbit hutch is predator-proof.

You will not always be around to watch over your rabbits, so investing in a sturdy and reliable hutch or cage is a must. If your bunnies will be staying outdoors, then all the more that you need a shelter that can withstand any predator attack.

Some store-bought hutches may not be up to the required standards, so it would be best to customize one. Reinforce it with a strong wire mesh so predators can’t get through them.

Make sure to install a metal lock to keep the cage closed at all times. Predators, especially the hungry ones, will go to any length to have their meal for the day.

It’s also a great idea to place the rabbit hutch on concrete flooring so that no predator can dig its way into the shelter. You can fortify the floor with solid wood and install metal fences around the hutch.

Keeping your bunnies indoors is safer than raising them outside. This setup allows you to watch your rabbits closely and attend to them if they are afraid.

Domesticated can thrive indoors as long as you provide for their needs. A steady supply of fresh food and water, some toys, and a space where they can play can ensure your rabbit is happy inside your home.

Potty training your rabbits can avoid odor and mess inside the house. It’s relatively easy to teach them how to use the litter box. Please also ensure that you have safety measures in place to prevent them from going out.

You can deter nocturnal predators like foxes and ferrets by installing motion-sensor lights around the yard. The mere sight of bright lights will prevent these creatures from bothering your bunnies.

Part of raising rabbits is ensuring they are safe from harm. Predators can mess up your bunny’s emotional and physical well-being, so you need to protect them from any possible attack.

The first step is to know what animals eat rabbits so you can determine the best way to protect them.