20 Rabbit Colors to See and Get to Know (with Pictures)

Are you thinking of giving one or two of our furry friends a home? If so, you might want to know the different furs and coats they sport then. Well, you do not need to worry about that. Today, we will be showing you 20 bunny colors!

If you are ready, let us jump into all the fur!

Here, we will be talking about ten solid coat colors. As you might expect, these colors pretty much make up the whole coat of the rabbit. In other words, the rabbits sport these colors from the tippy top of their ears to the very bottom of their paw fur. 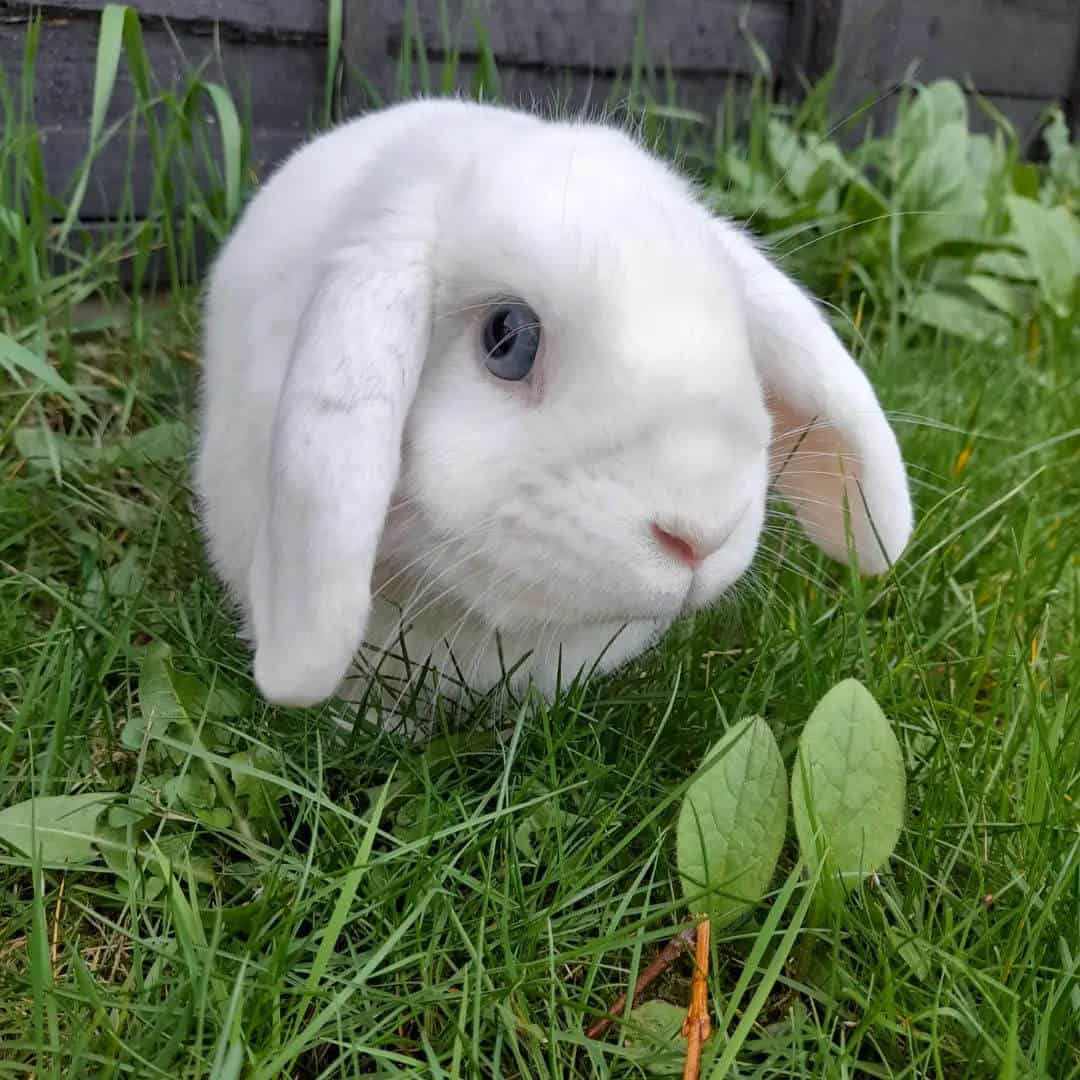 First, we have what is probably the most common color – white. If you want a white rabbit, you will likely have no problem as there are many white rabbits breeds. To name a few, we have the adorable White Lionhead Rabbits, the charming White Vienna Rabbits, and the stout White American Rabbits.

You could say there are two types of white rabbits. The first is the more common Red Eyed White (REW), and the second is the lesser-known Blue Eyed White (BEW). As you might have inferred from the names, the difference is all in the eyes.

The REW has red eyes, which you cannot miss. On the other hand, the BEW has blue eyes that are not that noticeable. This one, you might miss. You might mistake their eyes for brown or black eyes if you do not look close enough. 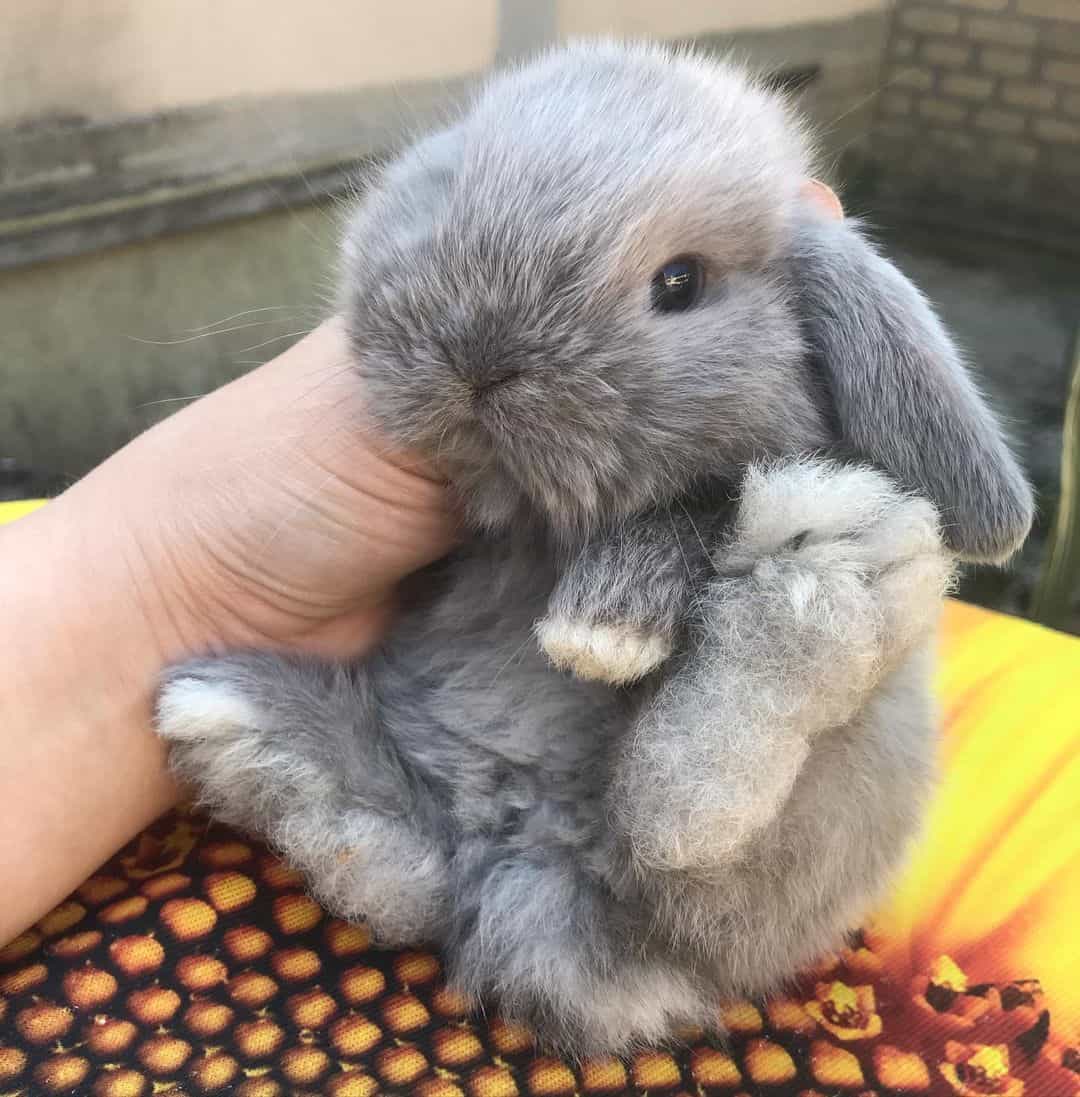 Next up, we have lilac. The lilac color is a light or pale shade of purple. That would be a pretty bunny color! Sadly, you will not see a purple rabbit.

A lilac rabbit will sport a coat that would mostly appear gray with a touch of pink. It would mostly look like a gray rabbit. However, if you take a good look at it, you will see that it resembles a very, very pale shade of lilac.

The best example would probably be the Lilac Rabbit itself!

However, the Havana Rabbit also has a lilac variation. 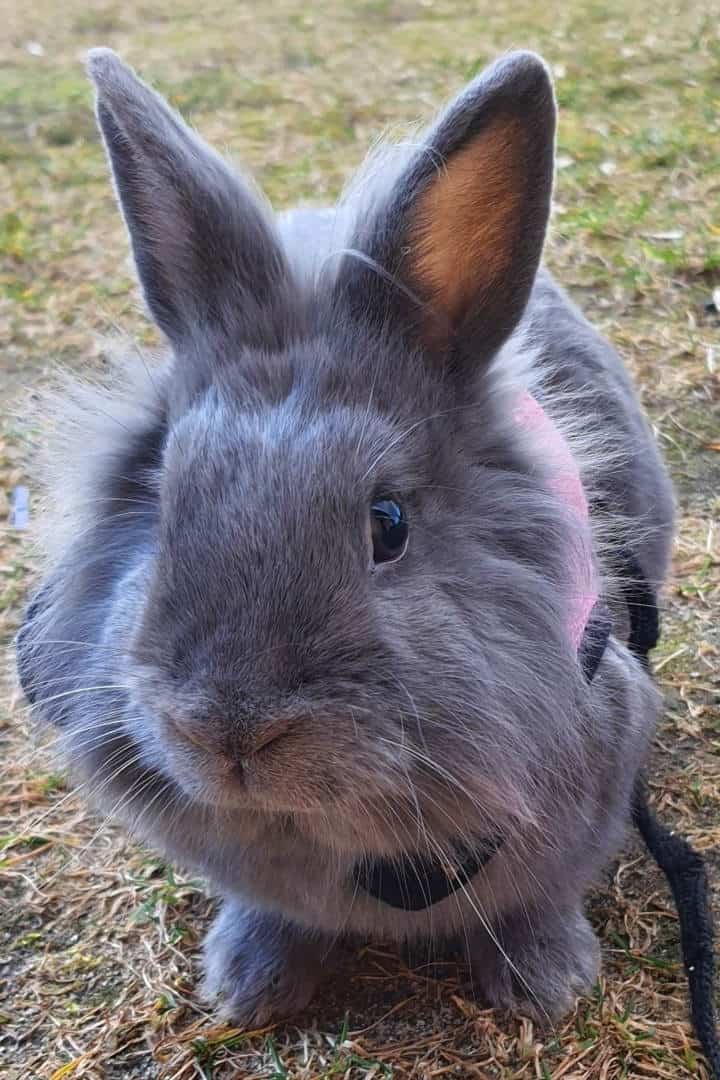 Like lilac-colored rabbits, you cannot expect to see a blue rabbit to look, well, too blue.

Do you want a blue rabbit? Well, not a problem! You might want to consider the Blue American Rabbit, the Blue Beveren Rabbit, and Blue Havana Rabbit! 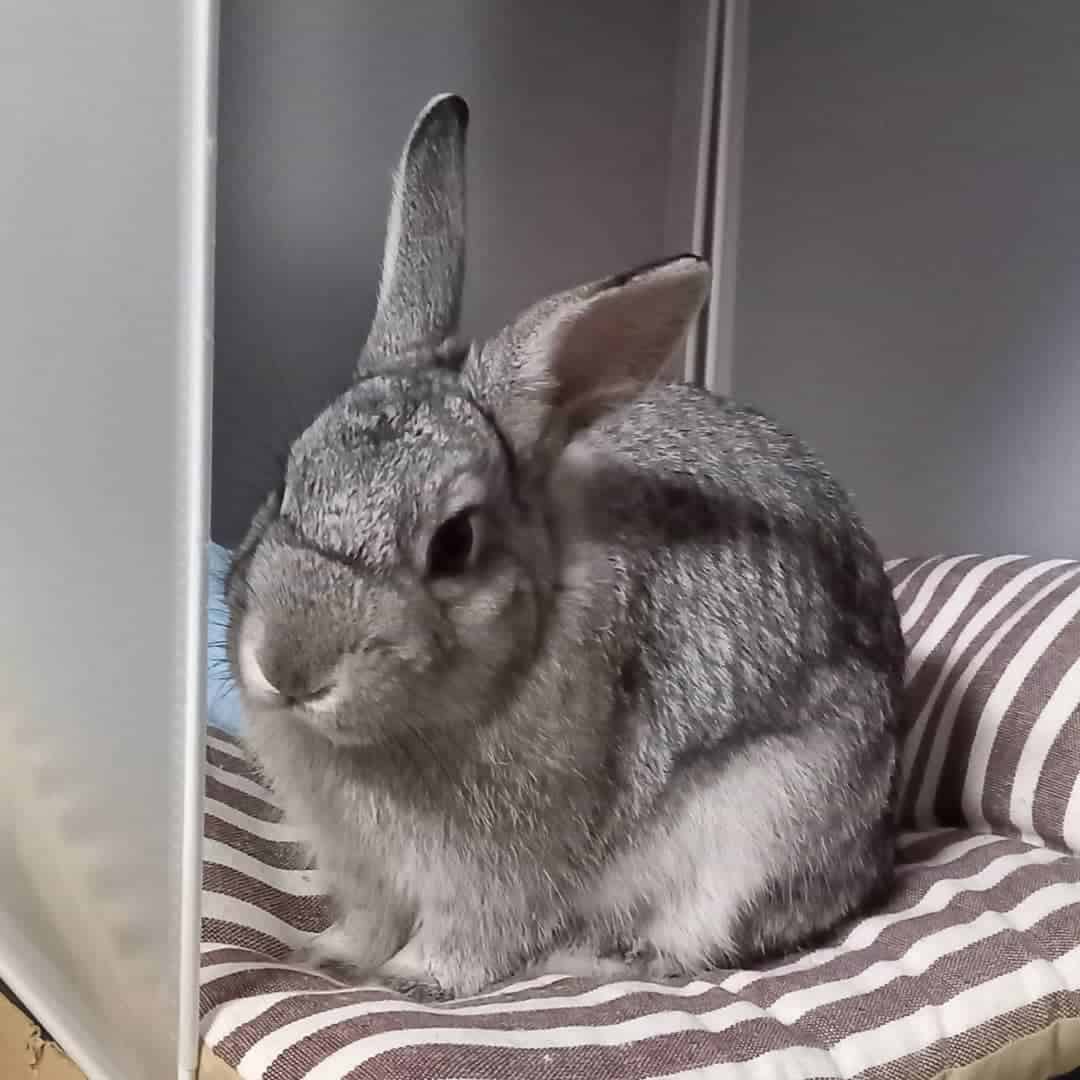 Gray rabbits would often sport a lighter shade of grey when compared to black rabbits. You likely will not have any trouble confusing it with the latter. You might, however, confuse it with a lilac-colored rabbit.

If you want a grey rabbit, you might want to take a good look at the Gray Netherland Dwarf. These little guys might just charm their way into your hearts! 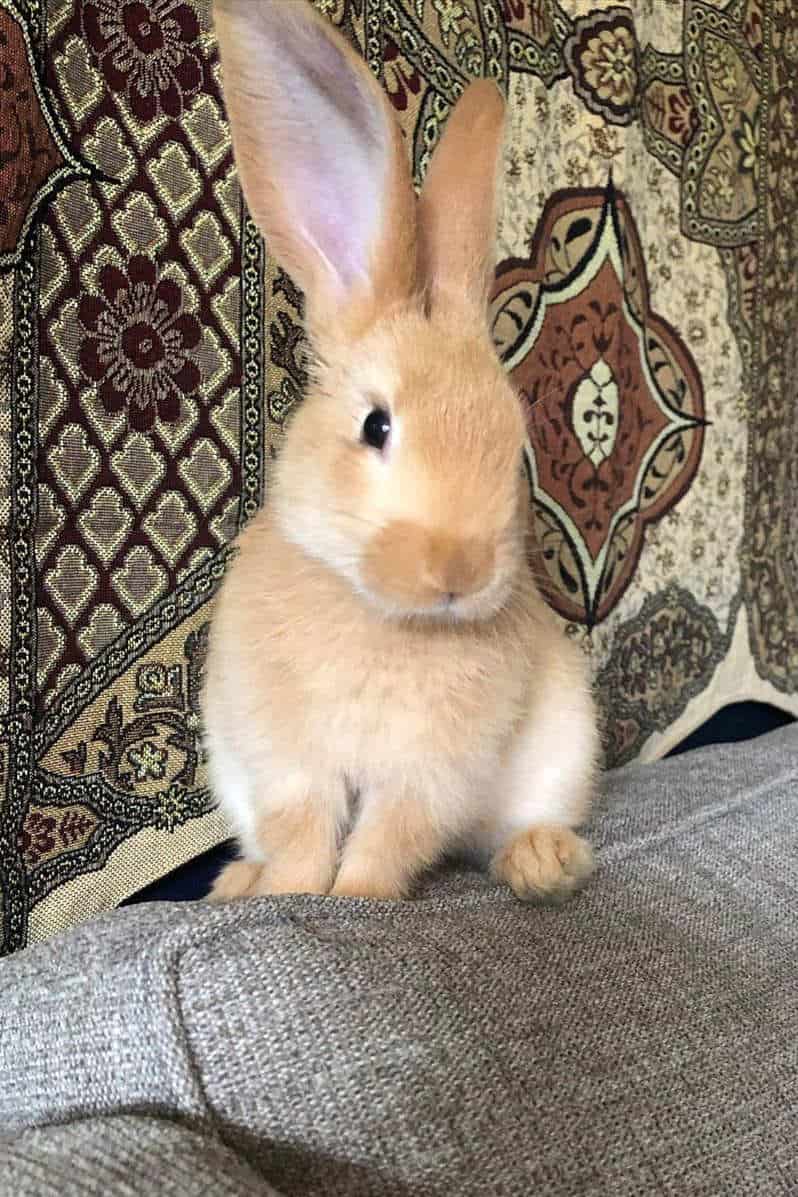 We have a mighty suggestion if you want a fawn rabbit.

Well, we hope you also like big cuddly rabbits! Allow us to introduce you to the Fawn Flemish Giant. As their name suggests, these rabbits are big, cuddly, and come in this lovely hue. 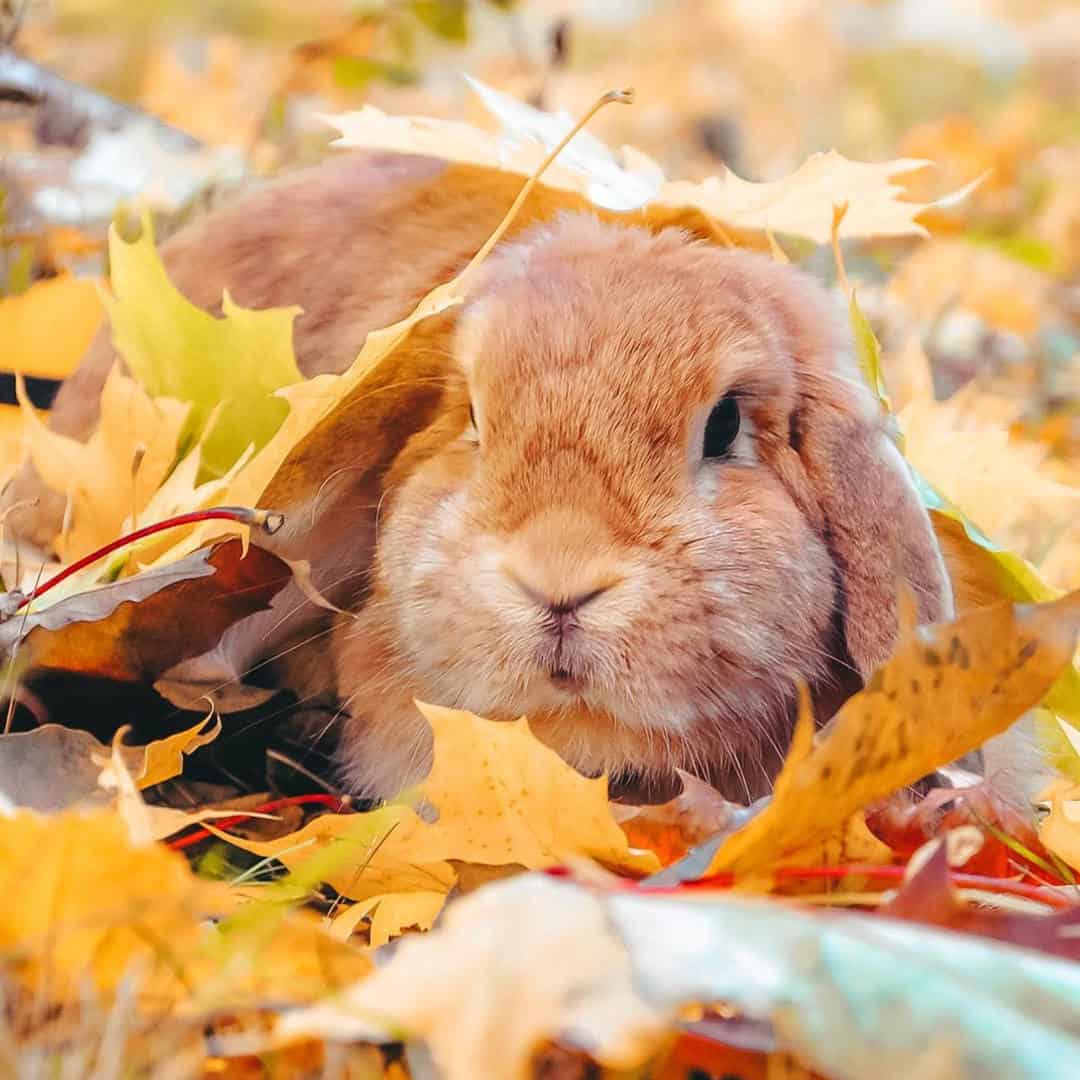 Over here, we will be talking about the orange rabbit. Again, you cannot expect these rabbits to be as orange as the carrots they eat! However, compared to rabbits with lilac and blue coats, it is easier to see the orange tint in a rabbit with orange fur.

Are you looking for an orange rabbit? The Thrianta Rabbit might be the one for you then! 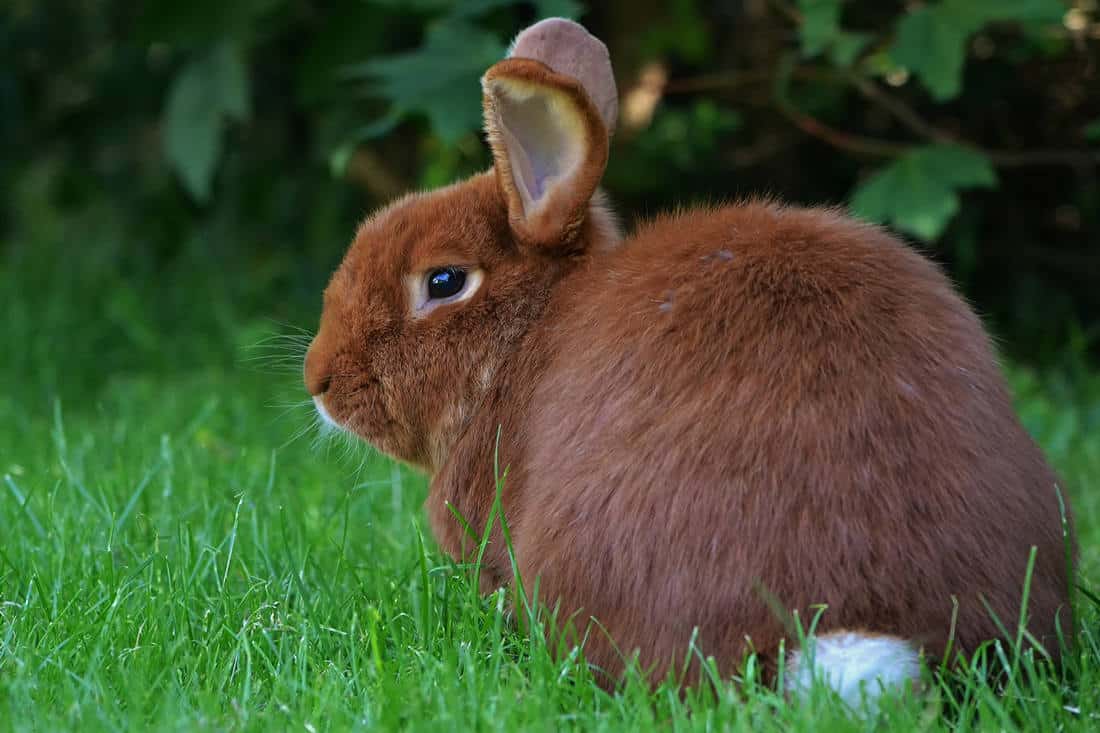 Next, we have red. This coat color is easy to mix up with orange. Sometimes, an orange-colored rabbit might even look redder than a true red!

If you want a red fur baby hopping around your home, you might want to take a good look at the New Zealand Red then! 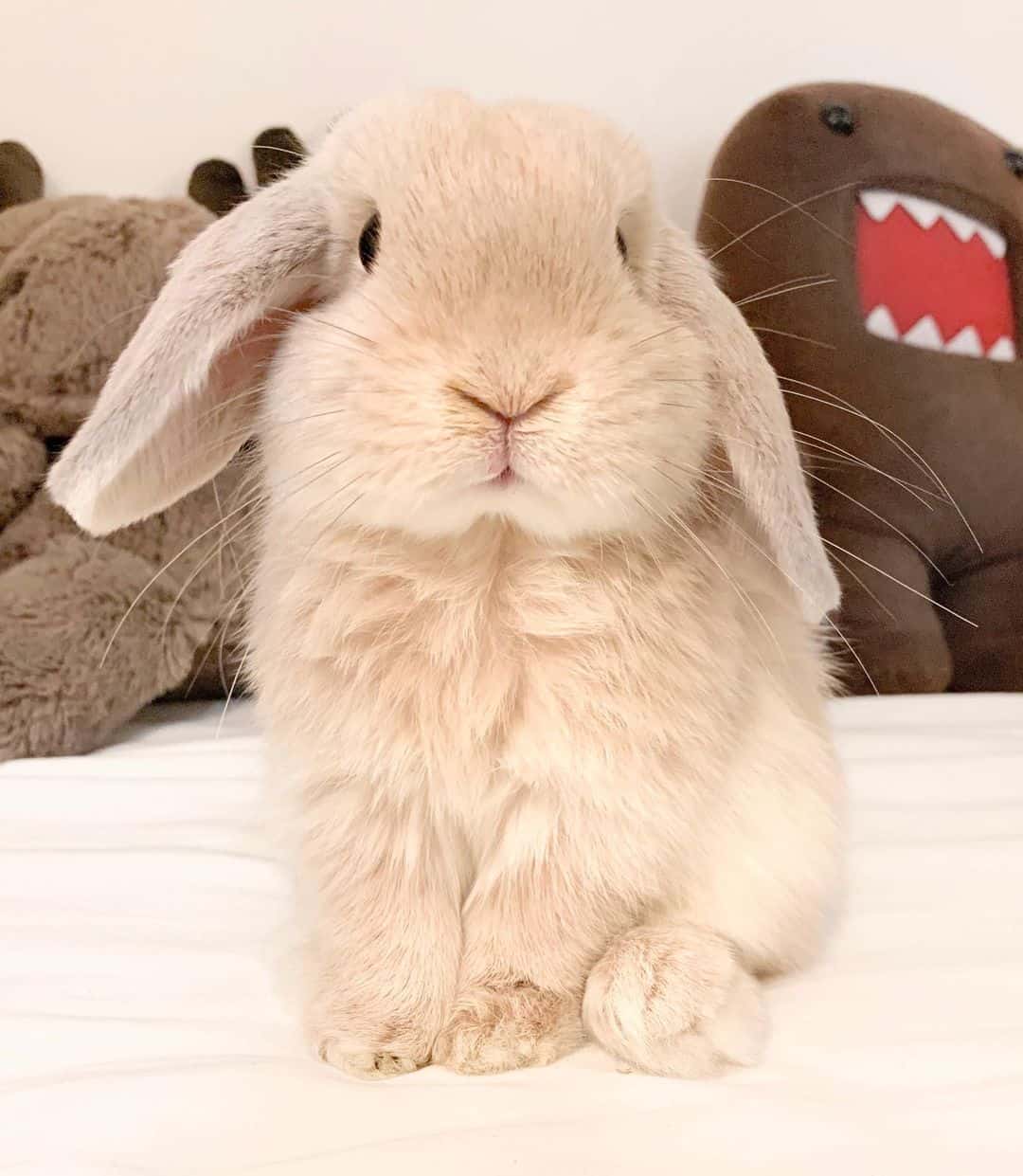 This color is another color closely associated with orange. Sometimes, it is called diluted orange. 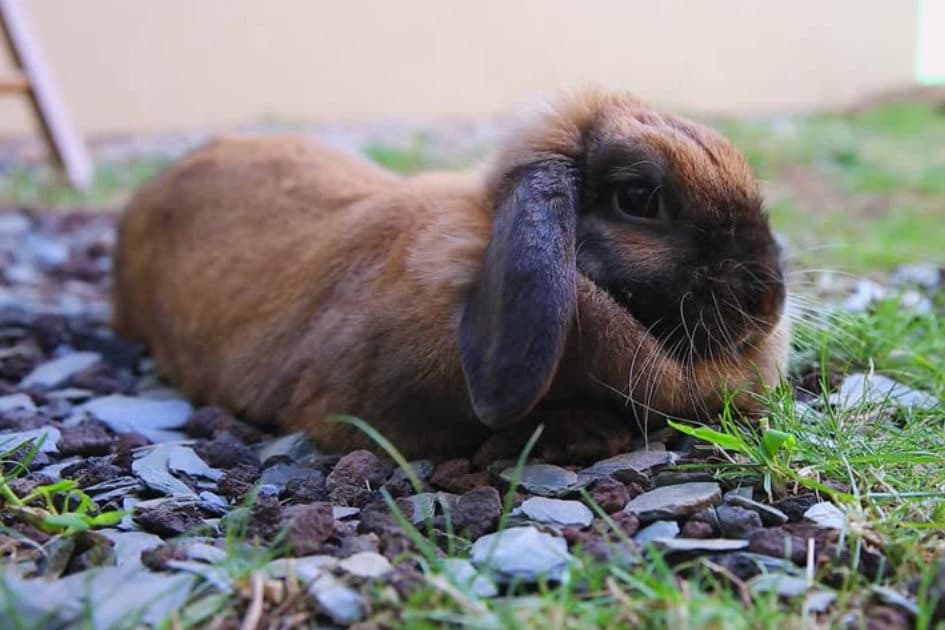 We also have chocolate-colored rabbits. As the name suggests, their coat shares the same color like the sweet! If you want a brown rabbit, you want to look for a chocolate rabbit.

If you want a brown-colored rabbit, we have a few suggestions! First, you might want to consider the adorable Brown Lionhead Rabbit. On the other hand, you might want to look at the Dwarf, English, and French lops. Of course, we cannot forget about the Brown Rex Rabbit! 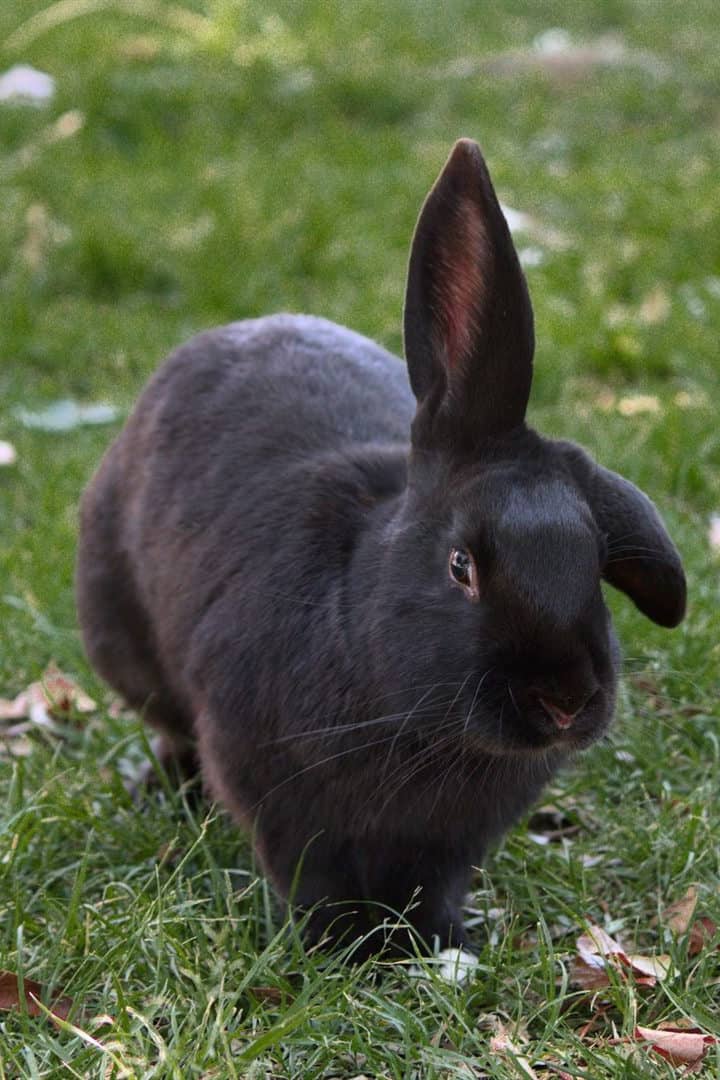 Finally, we have black rabbits. They have black coats, and unless it is night, it is pretty easy to spot them.

Black rabbits also deserve love, and there are so many to choose from if you want a black furry friend!

Do you want a small furry friend with a big heart? Take a look at the Black Netherland Dwarf! Do you want a big cuddly bunny? The Black Flemish Giant might be for you. On the other hand, do you want a bunny that is not too small or too big? The Black English Angora might suit you best.

Many rabbits do not only come in a one-colored coat. As you might have already seen, many rabbits come in a combination of colors. We will talk about these rabbit coats next. 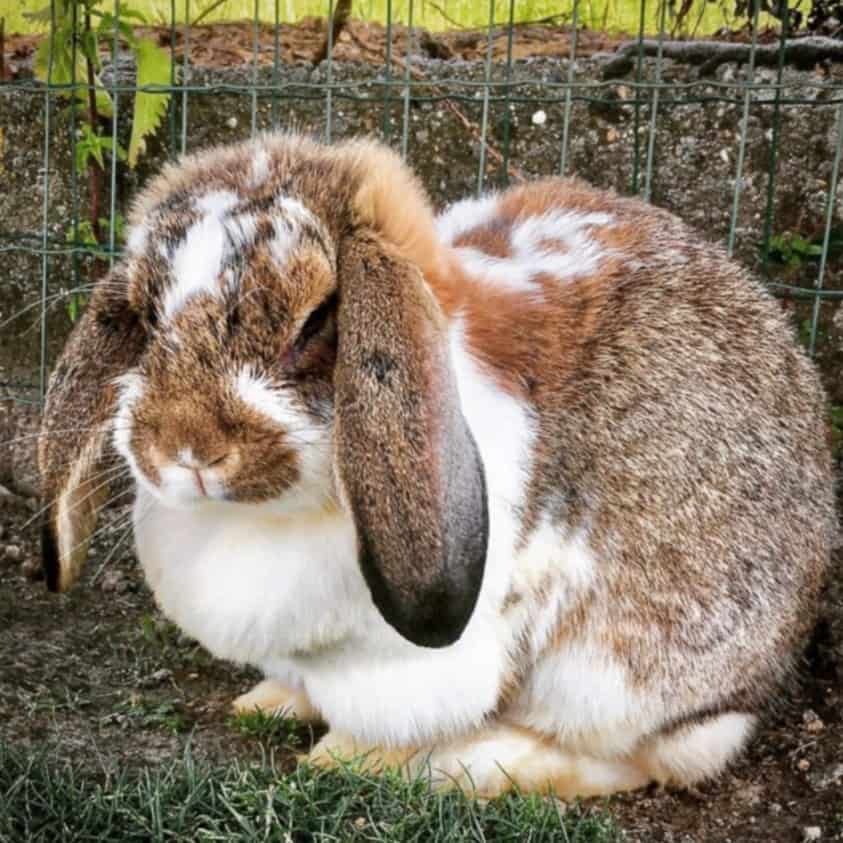 Do not worry! This rabbit is not broken per se.

If you have a dalmatian, you might want to consider a broken-colored rabbit. These rabbits have white coats with splotches of color on them. Its nose, eyes, and ears usually should also have markings to be qualified.

Check the English Spot if you are interested in a broken rabbit! 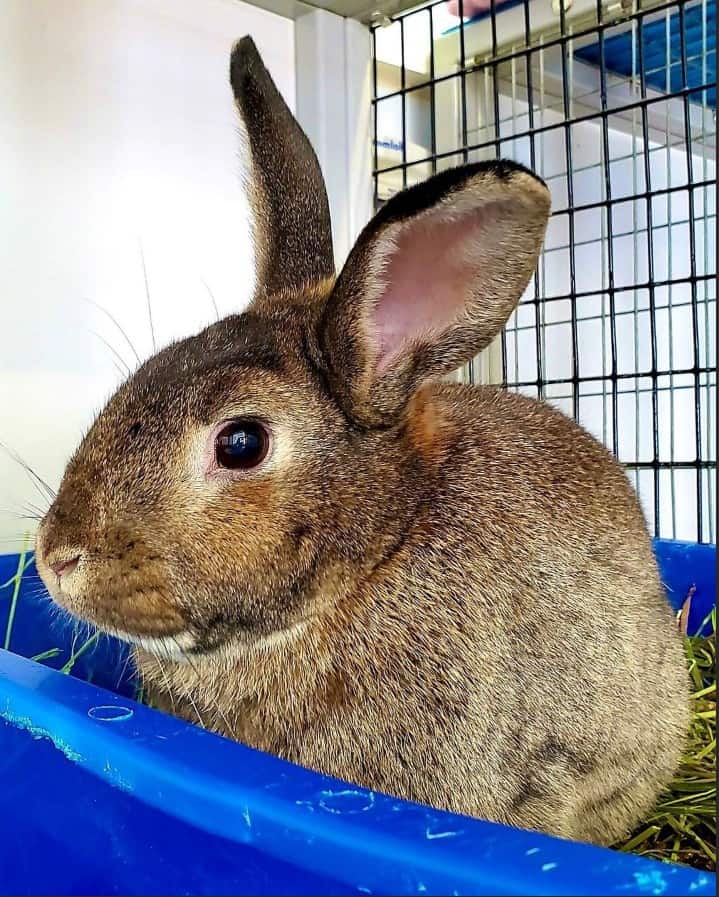 Next up, we have the agouti coloration. This one is probably one of the most common variations out there. Why? Well, all colors we know today stem from this color!

If you want an agouti rabbit, you really do not need to worry. Many breeds have an agouti variation. 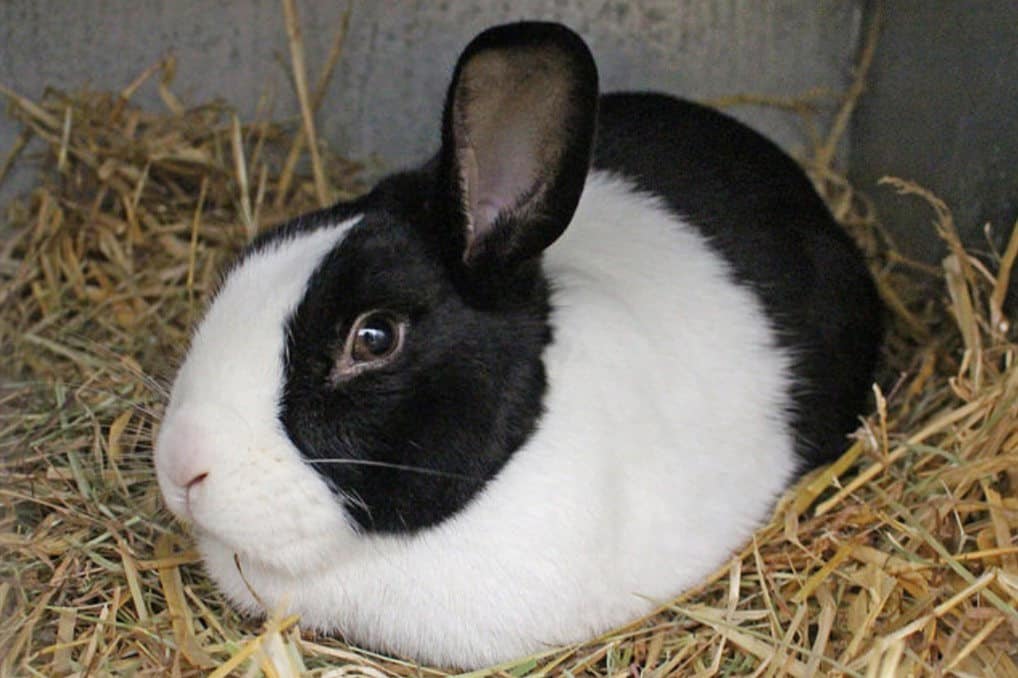 For this one, the top half of the rabbit would be a solid color, while its lower half would be a lighter shade. This mix comes in many different varieties.

Do you want a rabbit with an otter coat? Well, the Rex Rabbit might be a good choice! 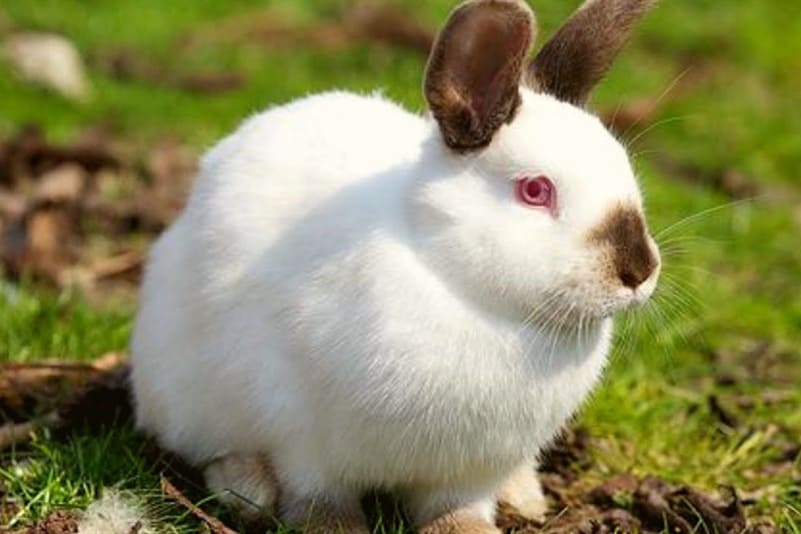 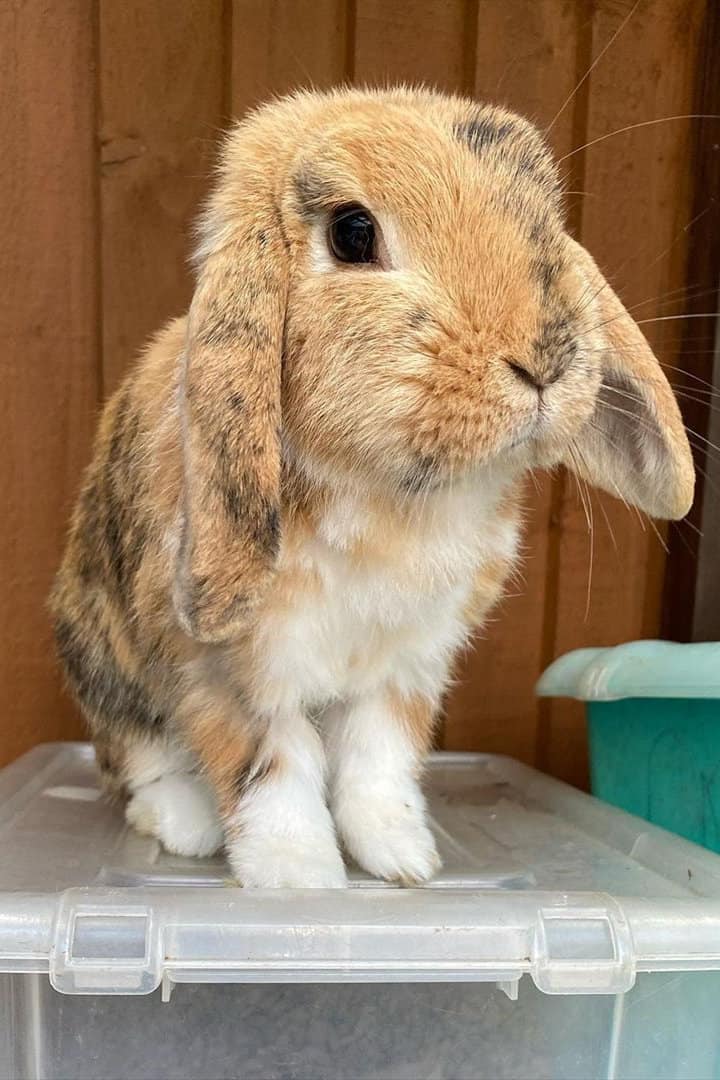 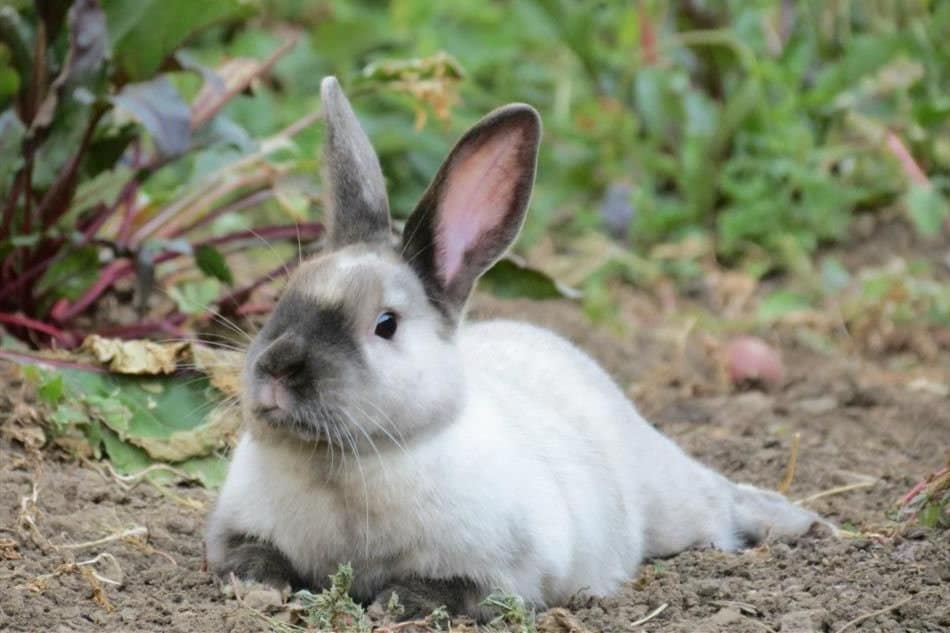 You have probably seen a Siamese cat. You might even own one! In that case, you might want to take home a Siamese rabbit too! These rabbits sport the same coat the Siamese cats do. 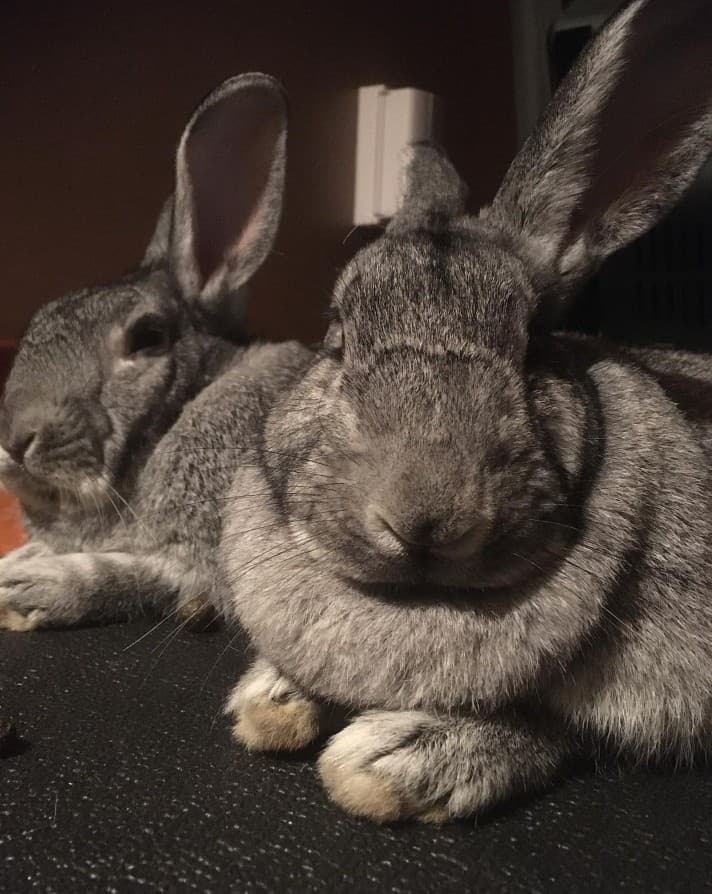 A chinchilla-colored rabbit will have a blend of colors. Their coats are made up of greys, blues, and blacks. 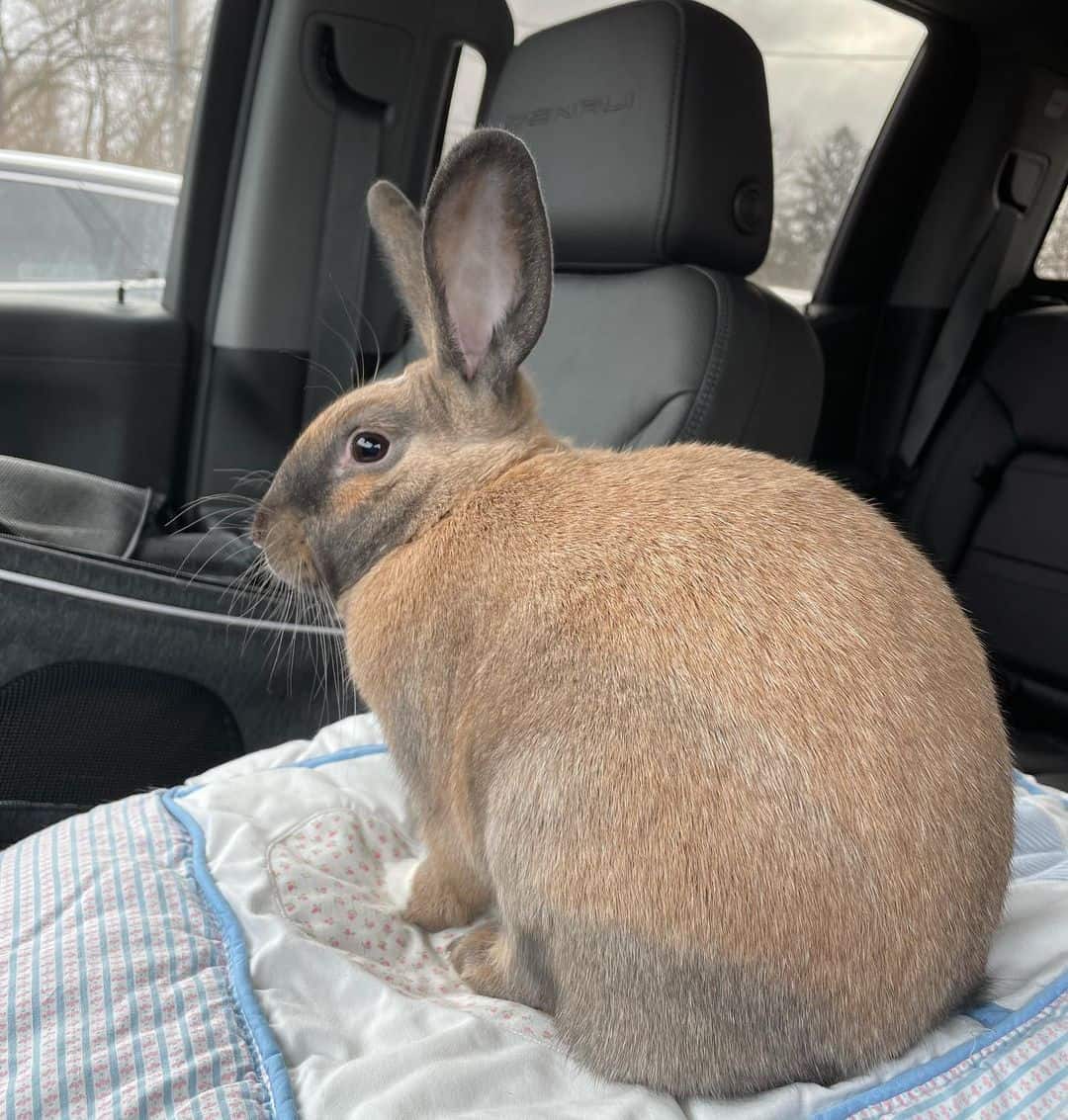 Have you ever seen a Cream French Bulldog? If so, then this next color might remind you of them. A cinnamon-colored rabbit coat looks similar to this Frenchie.

This rabbit coat is mostly a light shade of brown with their ears, noses, and paws having a smoky color. 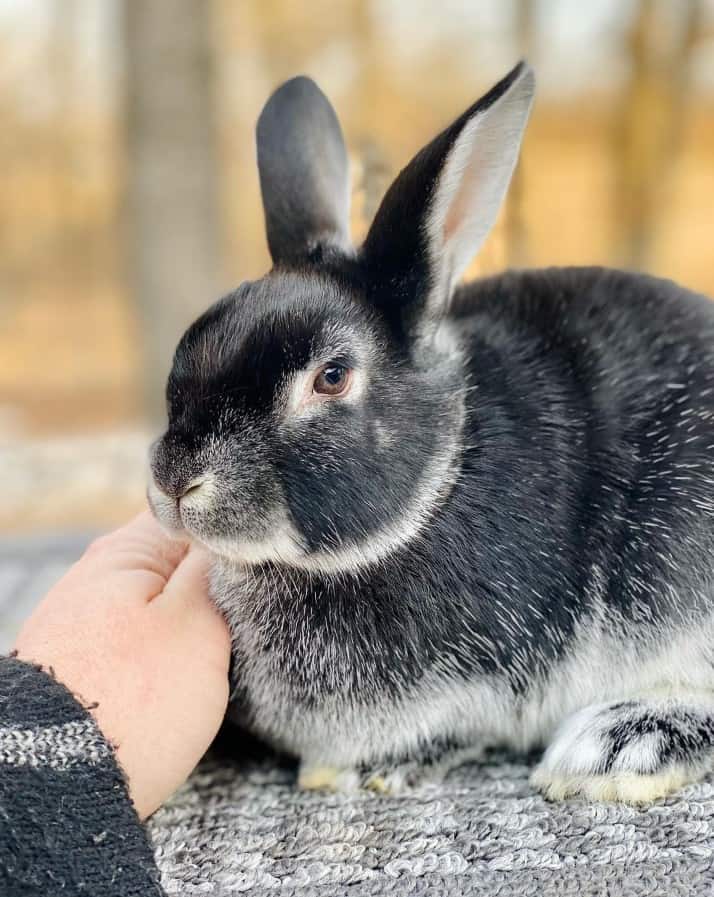 Here we have the silver marten! You might have heard of the name before. That is because this one is not only a color but also a breed. They were once dubbed the strange black rabbits.

Rabbits with this color would mostly have a dark coloring with light accents and undersides. 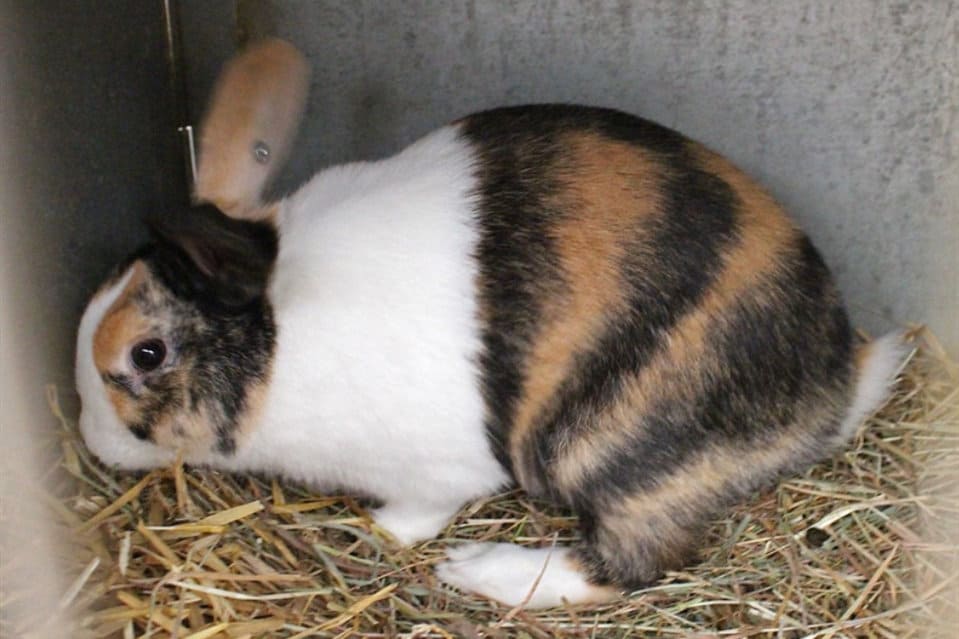 Lastly, we have the tri-colored rabbits. As the name suggests, the coats of these rabbits would have a blend of different colors.

There it is! The 20 bunny colors from which you can take your pick! As you have seen today, there are tons of colors to choose from. We think you are in for a tough decision. Well, whatever fur or coat you prefer, we believe it will not affect you from having a cute and cuddly rabbit on your lap. You might even end up with one or two more from what you originally planned!

Do you feel like getting to know our little furry friends better? Hop on to our other discussion now! See you!