Rabbits are portrayed as adorable furry animals. However, not all rabbit breeds are as cute as you think.

In this article, 7 Most Gentle Lop Rabbit Breeds: Things You Should Know, you will learn which lop-eared rabbits are best for you, your family, and even your children. 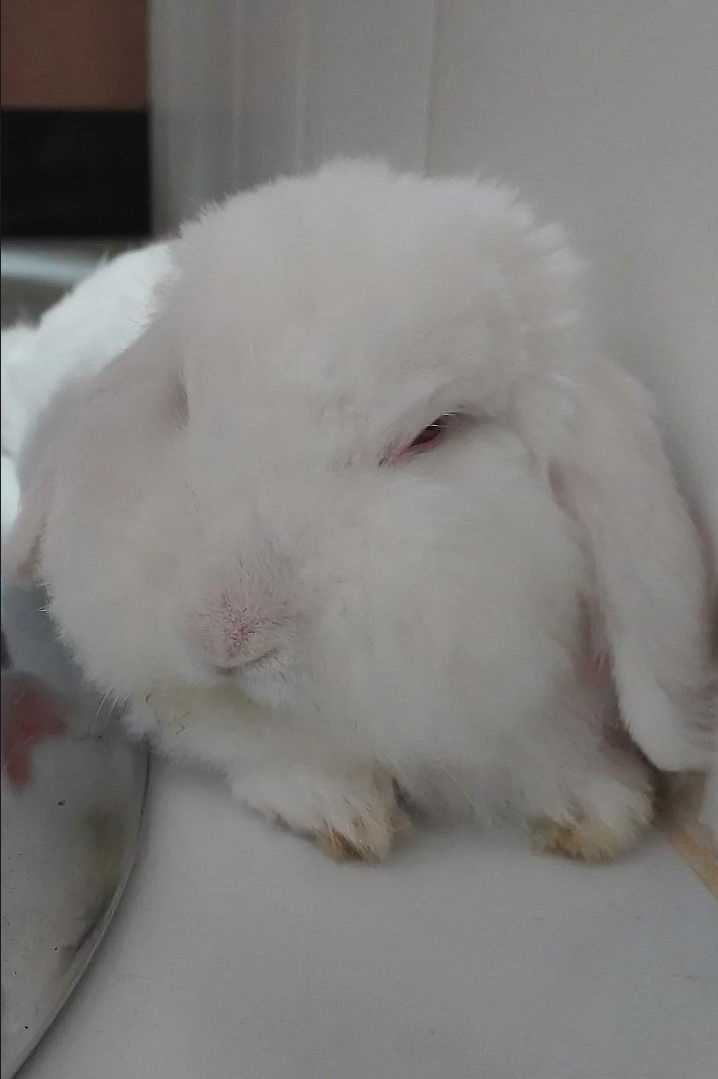 Before the American Fuzzy rabbit breed was developed, a couple of breeders tried to manipulate the Holland Lop’s gene pool by breeding it with different breeds.

It took the breeders 4 years and several attempts before they successfully incorporate the French Angora’s wool gene into the Holland Lop rabbits’ DNA.

But instead of fur coating, this rabbit breed has a long wool coating that comes in some colors, which include:

You may mistake this breed with other lop rabbit breeds as they almost share the same characteristics.

If there are several Lop rabbits in a row, you can distinguish the American Fuzzy Lop from the others as they have a short and flat nose, and both their nose and ears have distinct markings.

They also make a good pet as they are a social lop rabbit breed. Their active and playful personality makes them a perfect candidate for pets for children, seniors, and new rabbit handlers. 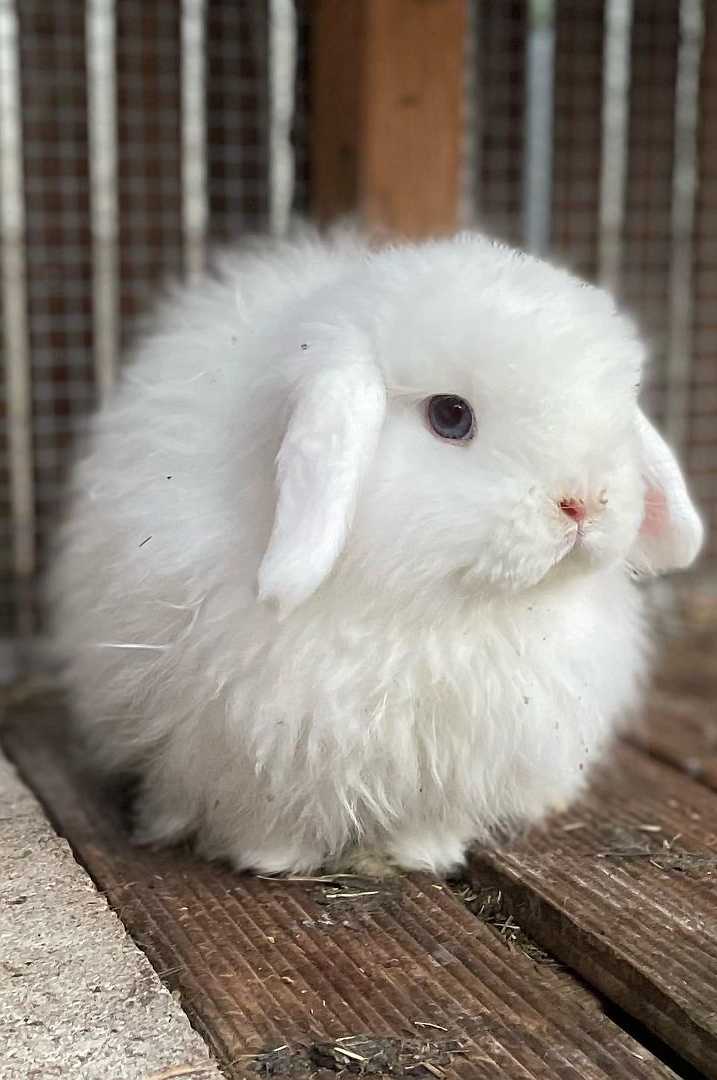 The Cashmere Miniature Lop is one of the newest breeds added to the Lop rabbit breeds. This rabbit breed that loves to dwell in plains, forests, and fields was first discovered in the 1980s.

By the 1990s, the American Rabbit Breeder’s Association finally recognized the Cashmere Miniature Lop as a new breed with various colors.

However, the Cashmere Miniature Lop has fur instead of wool like the American Fuzzy Lop Rabbit breed. Their coat, which is thick and silky, can extend up to 2 inches in length.

Unfortunately, this type of lop rabbit breed needs extra care and attention as its fur can quickly get matted, and both their topcoat and undercoat need some coat care. Thus, you might need to save some money for regular grooming, especially when they reach five months old. 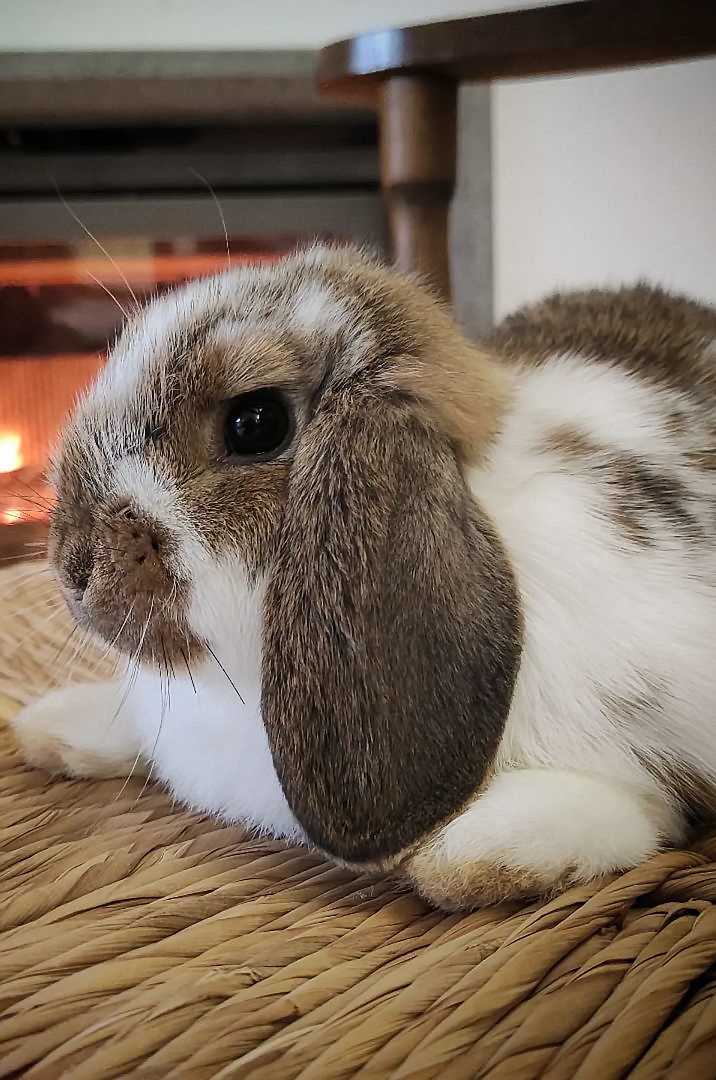 After many attempts and careful selection of the breeds they used to produce the Dwarf Lops, the breeders finally developed a smaller rabbit breed with droopy ears.

The Dwarf Lop became an official breed in 1977 under the British Rabbit Council and stayed as one of the most preferred rabbit breeds for shows and in-house pets.

Though it carries ‘dwarf,’ the Dwarf Lop’s size ranges from small to medium. But despite their size, the Dwarf Lop’s body is muscle-filled and holds four short but strong legs.

Their head is fully developed, and their ears droop like any Lop rabbit breed.

The Dwarf Lops coats are dense and may grow up to a medium length when it comes to the coat. Their coat comes with several colors, including the following:

The Dwarf Lops’ playful and friendly attitude is also a plus to people who wants to get a rabbit for companionship. Their temperament makes them an ideal pet for children and first-time rabbit handlers. 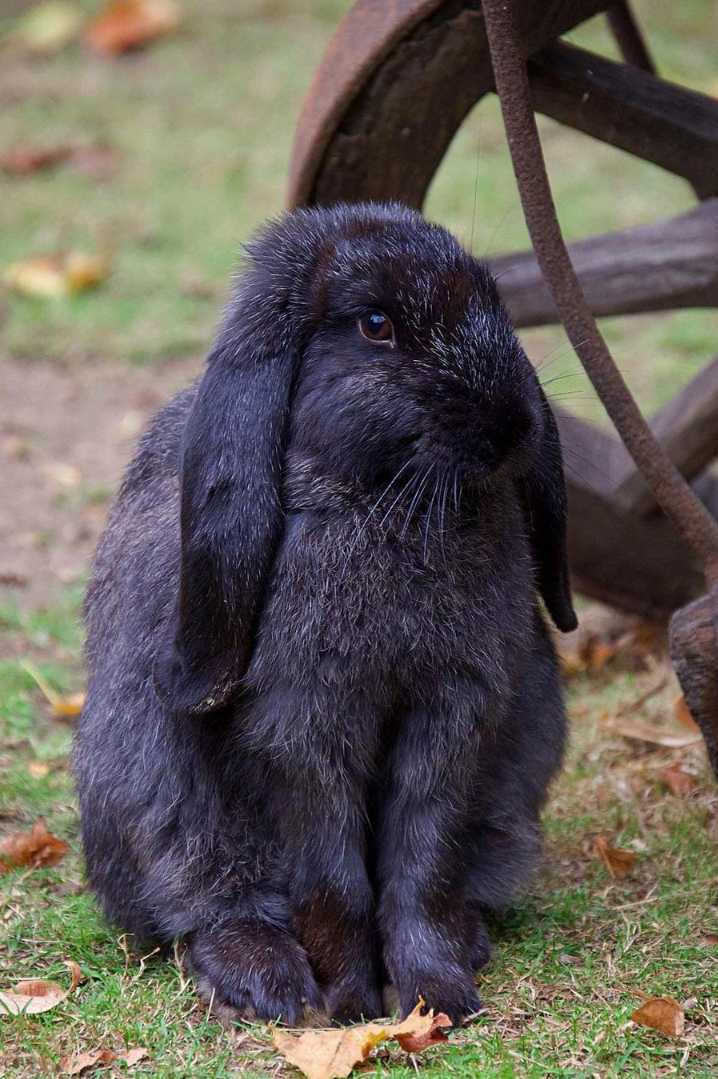 The Meissner Lop’s origin is unknown. However, the lop rabbit breed was registered and recognized in Germany in the 1900s after a rabbit breeder from Meissner, Germany, decided to breed a giant Silver rabbit with other breeds.

But according to some reports, the Meissner Lop is a product of the French Lops rabbit breed and Mini Silver rabbits.

Rabbit breeders, particularly in Europe, do their best to preserve the Meissner Lop rabbit breed’s gene, which is considered an endangered breed today.

The Meissner Lop shares the same characteristic with other Lop rabbit breeds. Its body is compact and muscly. However, it is a bit arched compared to other lop rabbit breeds. They look fluffy with their rounded back and dense, soft fur.

But what sets the Meissner Lop different from other Lop rabbit breeds is the silver dusting that can be seen in their guard hair which grows up to 3 centimeters long. Their fur is easy to maintain.

However, just like other rabbit breeds, you need to give them extra care during the molten season. Helping them shed their fur by brushing them often lessens the possibility of the Meissner Lop rabbit breed having a digestive issue due to their fur clogging inside their stomach. 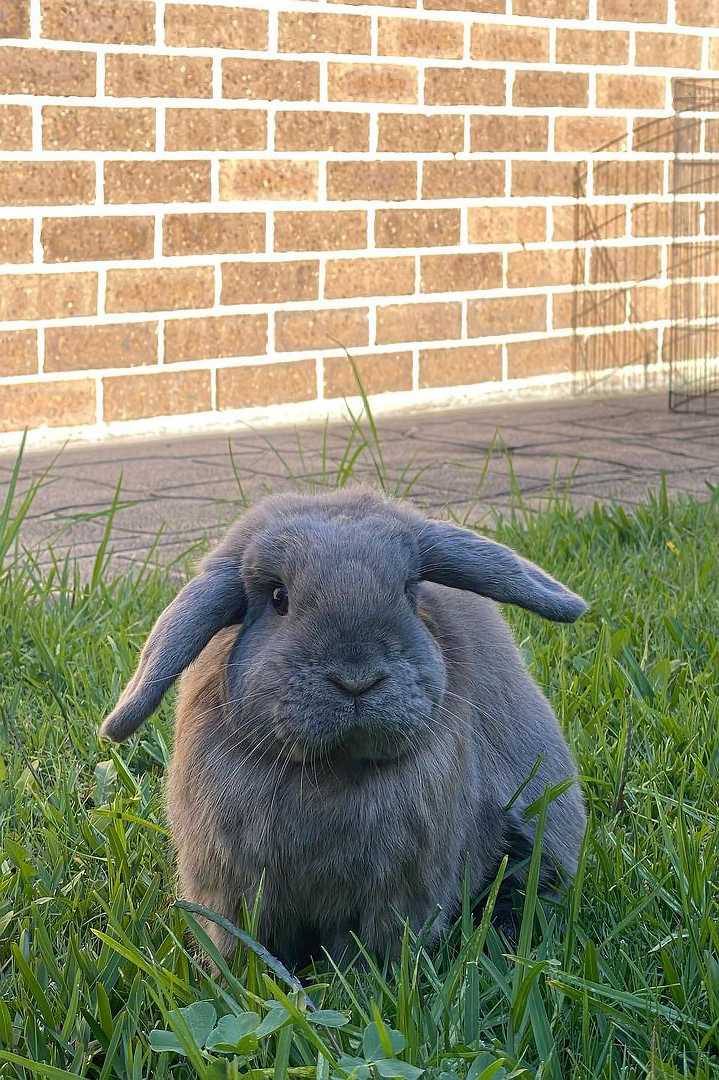 The most desirable fluffy lop rabbit breed that almost everyone wants to have is none other than the Mini Lop (U.S) or Miniature Lop (United Kingdom), which originated in Germany.

But how did the Miniature Lop end as Mini Lop?

When a U.S-based rabbit breeder named Bob Herschbach attended a rabbit pet show in Essen, Germany, he was mesmerized by the features of the Miniature Lop. After the show, the breeder bought three (3) Miniature Lop and brought them to the United States.

Herschbach introduced the Miniature Lop breed to the American Rabbit Breeder’s Association as Klein Widder in 1974. In the same year, the rabbit’s name was changed. Instead of Miniature Lop or Klein Widder, the new rabbit breed was called Mini Lop.

But it was only in the 1980s, that the Miniature Lop was officially accepted and recognized as America’s new lop rabbit breed.

The perfect Mini Lop shares the same characteristics with other Lop rabbit breeds. They have a round muscly body full of soft furs and weigh up to 6 lbs. only.

Their neck is short but still visible, and their fluffy ears hang from their head. Additionally, the Mini Lop rabbit breed’s luxurious-looking yet low-maintenance fur only requires brushing once a week. 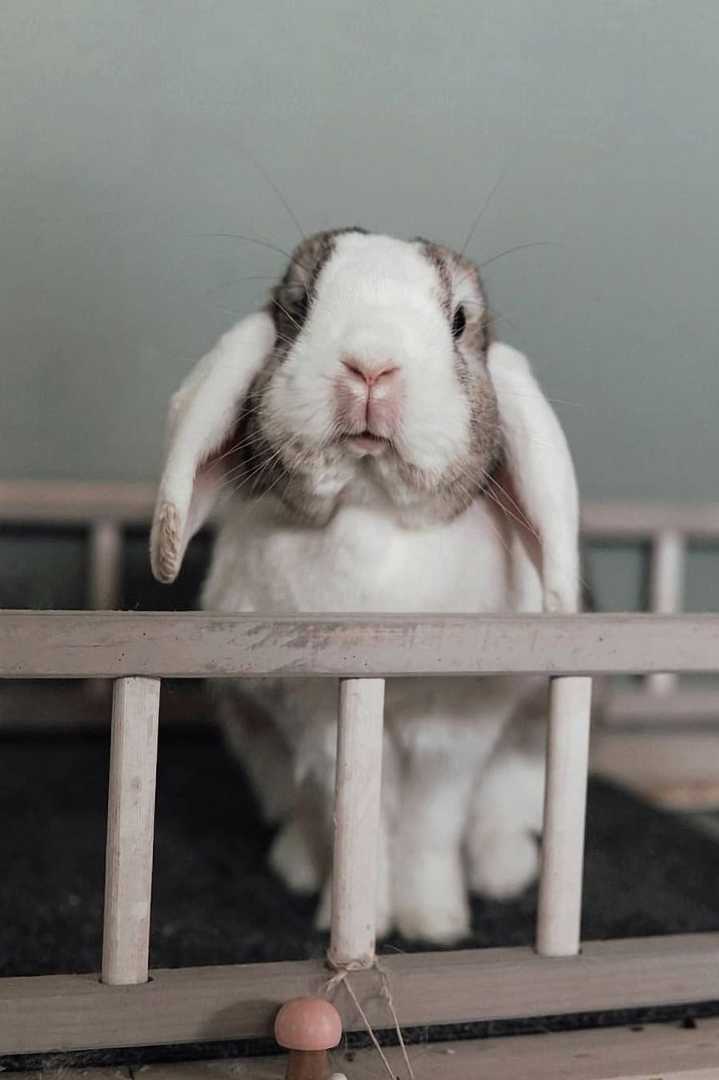 Due to the breeders’ dream to develop a German rabbit with floppy ears and attributes that would give tribute to the other rabbit breeds like the Dwarf, English, and French variations, they started breeding different rabbit breeds to develop the German Lop.

Initially, the German Lop was named Deutsch Klein Widder, but it was later changed to the German Lop rabbit after being made in Holland and Britain and recognized in 1976 and 1990.

The German Lop Rabbit Breed is a massive type of rabbit, but their two front legs are shorter than medium to large-sized rabbits. While their shoulder and hindquarters are broad.

Aside from its long Roman nose, the German Lop rabbits’ distinct characteristics are the width between their eyes, hind legs that are not extending out, and their back being arched. You can quickly tell a German Lop if you see their ears hanging right behind their eyes.

The German Lop’s coat and undercoat are healthy, thick, and soft and come in various colors and patterns, which are all accepted by the rabbit breeders’ Association, except for the German Lop rabbits that have broken patterns. 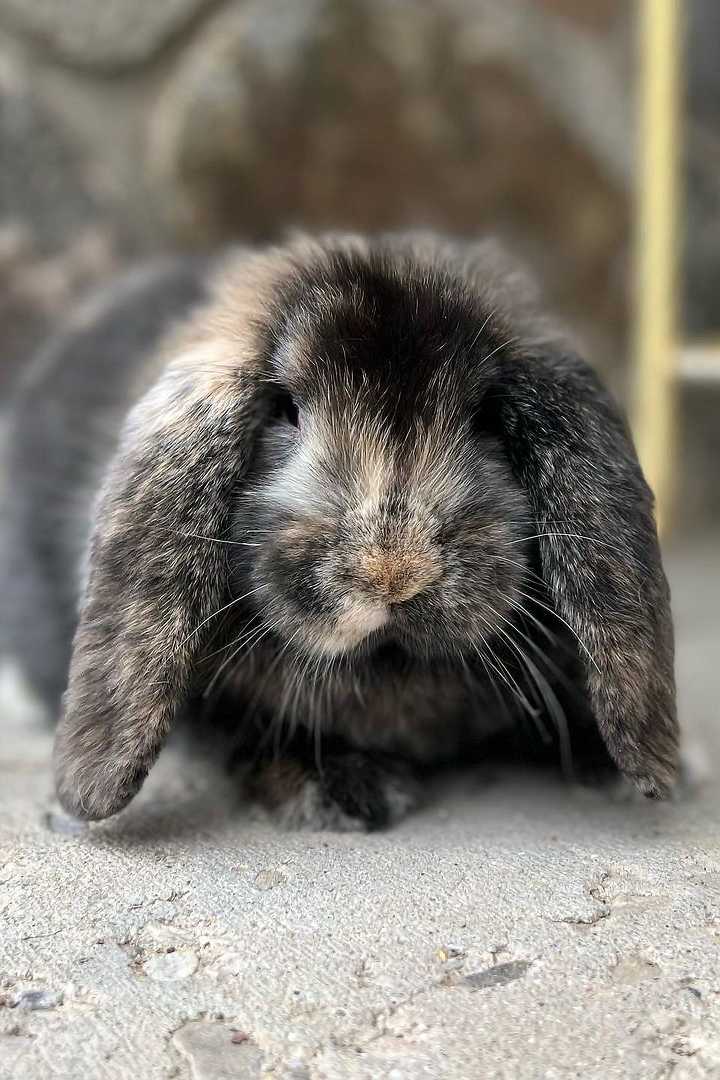 The French Lop was initially developed and raised for their meat. French breeders’ success in creating the French Lop breed started in 1850 when rabbit enthusiasts effectively bred the English Lop and Giant Papillon.

However, it took almost a century before they rose to fame and got exported worldwide. By the early 70s, the French Lop rabbits were introduced to the United States.

French Lop rabbits are heavy rabbits with semi-arched bodies and medium-sized ears. They are meaty rabbits whose furs are short.

However, if you want to own a French Lop and plan to have it registered for rabbit competitions, you must look for the most important things that the judges look into when judging the French Lop.

A French Lop is considered of the best quality if they meet all the rabbit breeders’ association requirements.

The ideal French Lop must look like a perfect basketball when it comes to its appearance. It must look round with front legs that are as thick as cigars. While their think and round-end droopy ears must hang without crease from their head.

Their well-developed head must also hold a good space between their eyes and a well-filled nose.

Their hind legs must also be straight and strong, while their fur must be glossy regardless of their color and pattern.

Lop rabbit breeds share the same characteristics and temperament. Their floppy ears, lustrous coat, and gentle and playful personality make them perfect not just for rabbit enthusiasts but also for inexperienced rabbit handlers and children.