Jackrabbit VS Rabbit: Know the Similarities and Differences

Did you know that despite their name, jackrabbits are not rabbits?

The two do not only share the word rabbit, though. These two have lots of other similarities too. However, what you might not expect is that they also have tons of differences.

Did that get you wondering? Well, you don’t have to look far and wide for the answer! Today, it’s going to be about the jackrabbit VS rabbit. Let’s answer that jackrabbit and rabbit questions!

Are you ready? Let’s sort through all this fur now!

Getting to Know the Jackrabbit and the Rabbit

Before we can talk about similarities and differences, let’s get to know these two.

What is a Rabbit? 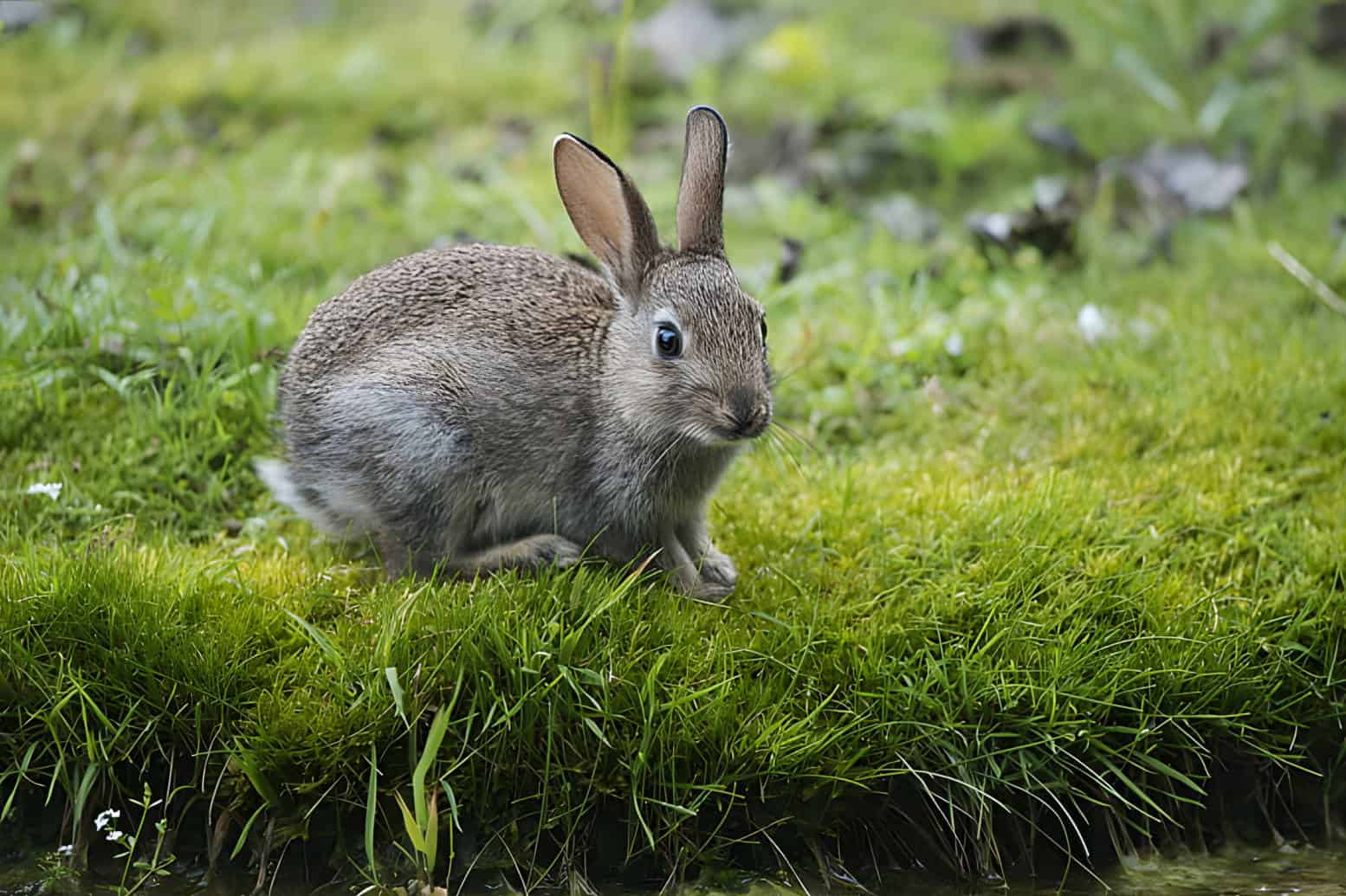 First, let’s talk about rabbits. As you might already know, rabbits are mammals. They are in the Leporidae family under the order Lagomorpha. There are currently around 30 known species of rabbits.

Today, ARBA accepts around 50 breeds. However, there are more than 300 breeds out there!

Rabbits are often identified by their long ears and short tails. They weigh around 4 to 8 pounds, but there are, of course, breeds that can be more or less than that.

Rabbits are altricial, which means their young are born not fully developed. Baby rabbits, also called kits or kittens, are born naked and blind. As you might expect, they need lots of care at birth. They are pretty much defenseless after birth, after all.

After ten days, their eyes open. Still, they can’t be on their own for at least another 11 to 21 days.

Now, out in the wild, of course, there would be predators. As you might expect, our furry friends can’t really put up a fight. Often, rabbits escape attacks by running.

They can run around 30 to 35 mph. However, at times running away is not enough. Rabbits run and hide, and one way they hide is by going underground.

A rabbit often builds a deep burrow that will serve as shelter and, as we’ve said, safety from predators. At least, most rabbits do. Cottontails seem to be an exception. 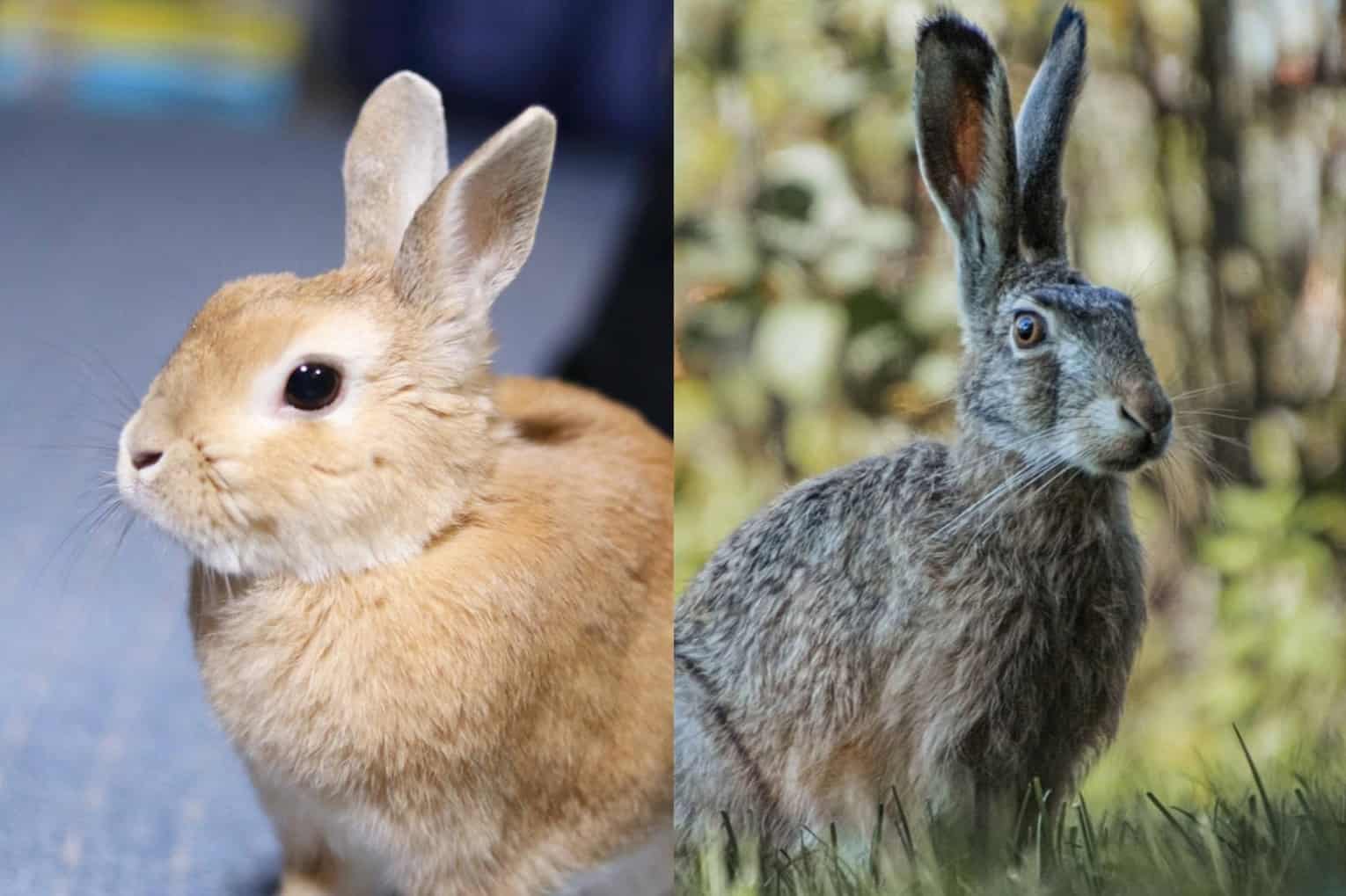 Before we continue, let’s talk about rabbits and hares.

Rabbits and hares are also different.

They are both mammals. They are both in the same order. Also, we know they look similar too! Still, they are different. Many seem to mix up the two, though.

They use the two terms interchangeably. Now, that creates confusion. It’s also one of the reasons for the rabbits and jackrabbits mix up!

We won’t get into detail how rabbits and hares are different. That would be a topic for another time. For now, let’s go back to the jackrabbits. They’re our fur friends for the day, after all.

What is a Jackrabbit? 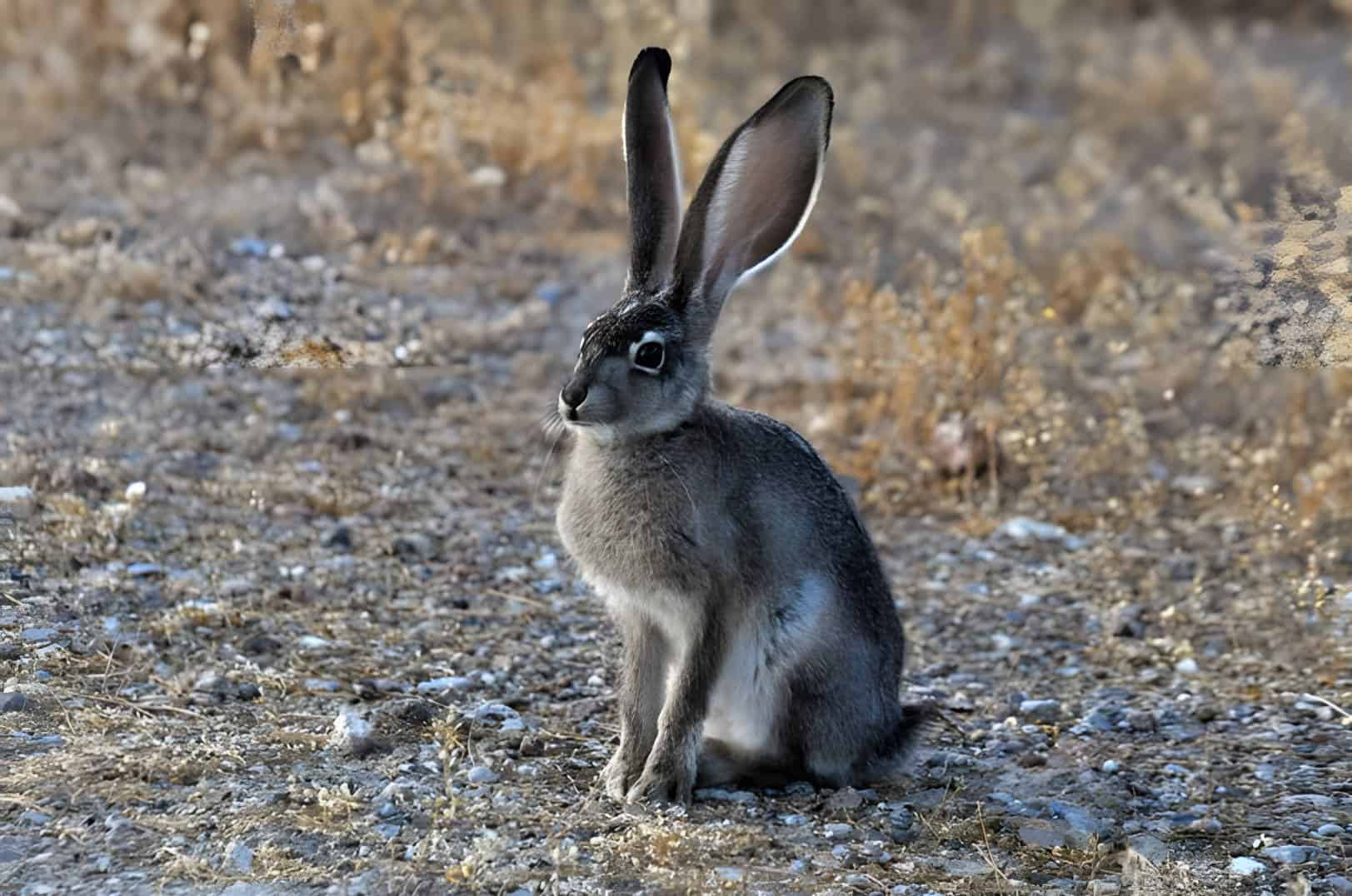 A jackrabbit is also a mammal. It is also in the Leporidae family that is under the order Lagomorpha. With that, you can already see it is not hard to mix them up with the rabbits!

Unlike rabbits, it only has six species.

It’s not hard to mix them up with the rabbits. After all, they don’t only come for the same family and order. They look pretty similar too! Chances are, many would mistake it for a weird-looking rabbit when they first see it.

The difference they have when it comes to looks, though, is their size. This fur friend looks a lot like a big rabbit. You might be surprised, though. Despite looking bigger, their average weight is not that far from the rabbit. These guys only weigh around 8 pounds on average.

One thing that makes them look bigger than the rabbits is their ears. While rabbits already have long ears, they have longer and bigger ones. Their ears can grow up to 8 inches, after all!

Now, let’s talk about the babies. Baby jackrabbits, also known as leverets, are precocial. That means their young are mature when they come out. They already have fur, and you can already see their pretty eyes immediately! Also, unlike rabbits, they only need nursing for a few days.

When it comes to running away from predators, these guys are a little faster than the rabbits. They can run around 45 mph, after all!

Now, unlike rabbits, they don’t burrow. They don’t go underground. If they need to rest, they go under shades at day. When nighttime comes, they might rest under bushes and other nooks. 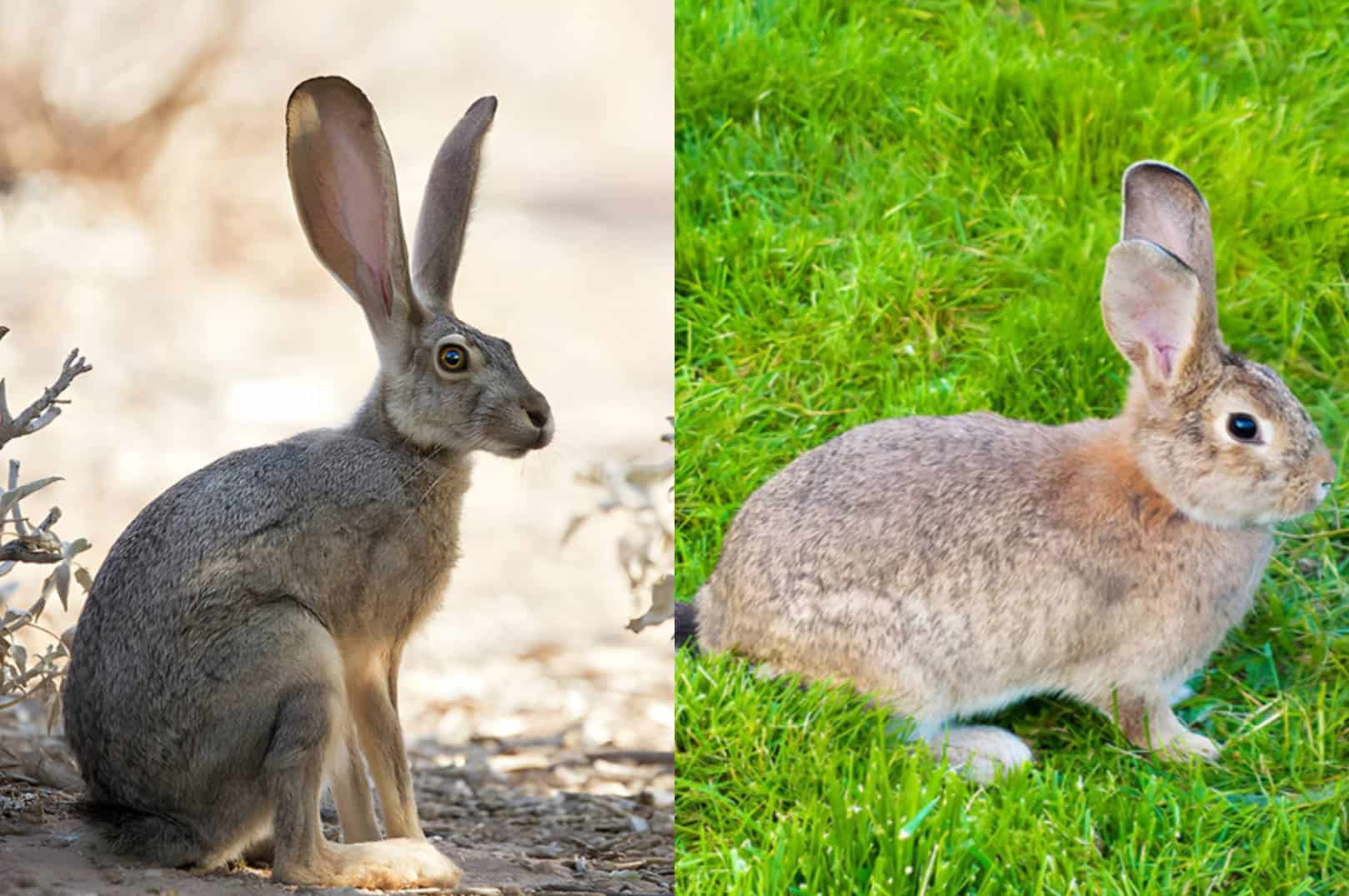 You now know our two fur friends better. Now, we can talk about how similar and different they are.

How are Jackrabbits and Rabbits Similar?

First, let’s talk about the similarities.

We’ve already noted some of the things they are alike above. For one, they are both mammals, and they come from the same family and order.

Also, the two have short gestation periods, and both also give birth to many live youngs.

How are Jackrabbits and Rabbits Different?

You could say that five main things separate the jackrabbit from the rabbit.

First, let’s talk about their physical appearance. While the two do look alike, the former is larger than the latter.

Let’s not go far when it comes to the next point. The two look different at birth. The latter is altricial while the former is precocial. In other words, the rabbit does not have fur and is blind at birth, while the jackrabbit has hair and open eyes at birth.

Going to the third point, being altricial and precocial. It means the rabbit is pretty dependent at birth, while the jackrabbit is not.

Now, if we are to talk about speed, they are both fast. However, as you’ve seen, the jackrabbit is faster.

Finally, they also live different lives with their choice of shelter. While the rabbit goes underground, the jackrabbit stays above ground.

Similarities and Differences of the Jackrabbits and Rabbits

With all that, let’s summarize how they are alike and different here:

As you can see, the two are alike in many areas. However, as this chart shows us, there are also many differences. With that, we could say these two furry friends are both amazing, but also unique.

Should You Get a Jackrabbit or a Rabbit? 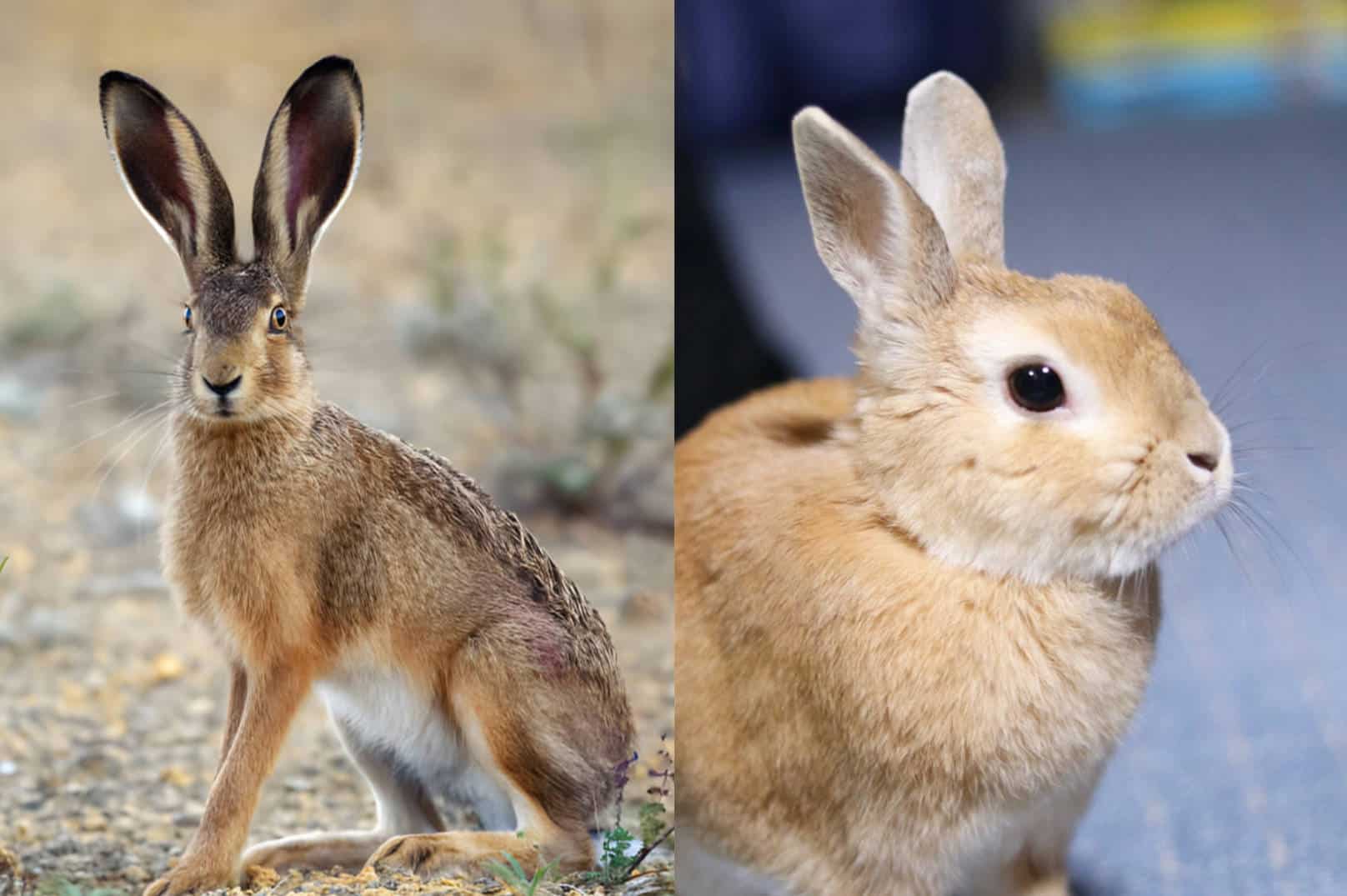 Now, you might be here to try and decide if you should take a jackrabbit or a rabbit home. Well, we believe it won’t be a tough decision.

Unfortunately, there are currently no domesticated jackrabbits today. That means it won’t be ideal to have them as pets. As you can see, rabbits are the only option in this case.

Don’t let its name fool you. It is also a rabbit. A domesticated rabbit at that! As you can see, the Belgian Hare looks quite similar to the jackrabbit. It probably is the next best choice for anyone who dreams of owning a jackrabbit.

With that, it might also be the best time to note that there are also undomesticated rabbits. Like jackrabbits, they are also not ideal to keep as pets.

If you see a wild rabbit or jackrabbit, it would be best to call proper authorities. Caring for wild rabbits and jackrabbits is not ideal. Not only do they need special care, but it could also be illegal in some places.

You can shelter them until authorities arrive, but unfortunately, you can’t keep them as pets. Don’t worry, though! There are many domesticated rabbits from which you can take your pick.

Today, we talked about the jackrabbit VS rabbit debate. As you’ve seen, it is easy to mix these two furry friends. Not only do many already mix up rabbits and hares, but jackrabbits even have rabbits in their names.

Yes, jackrabbits and rabbits have many similarities. They are both mammals, come from the same family and order, and have many traits in common. Still, they are not the same. They are already different from birth. Additionally, this difference only becomes bigger as they age.

We hope we were able to help clarify this matter. If you have any other concerns, feel free to hop on to our other talks. We’d be happy to have you in our burrows!