Rabbits VS Rodents: Are Rabbits Rodents?

Rabbits look like adorable and innocent little creatures. It seems they hold lots of mysteries in those fur of theirs, though. Well, we will be uncovering one of those riddles today. We will be answering one of the oldest questions for rabbits. Are rabbits rodents?

Well, without further ado, let us get to the bottom of this furry mystery!

What Sets Rabbits Apart from Rodents? 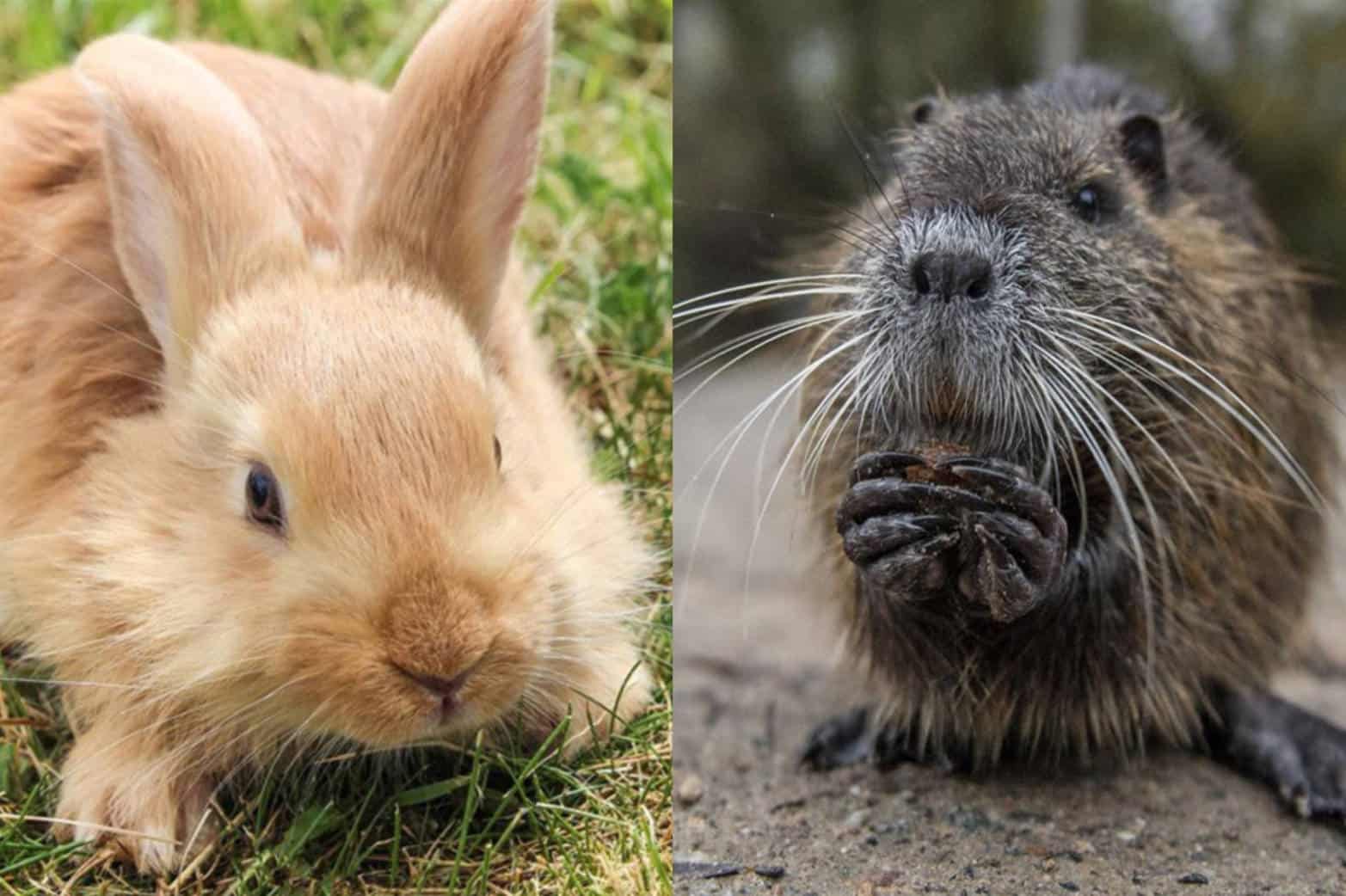 We now know that rabbits are not rodents. Of course, we won’t leave you hanging with only that! Now, let’s look at how rabbits are different from rodents in this part. Well, it’s several things.

First, there is a difference in their diets. One can only eat plants. The other can eat meat too. Their digestive systems are also not alike. You might be in for a surprise. One of them eats their poo for proper digestion.

Still, you could say it all boils down to their teeth. Their incisors, to be exact. To better see the difference, though, let us take a look at the general profiles of rabbits and rodents. Let us put a name on these descriptions. 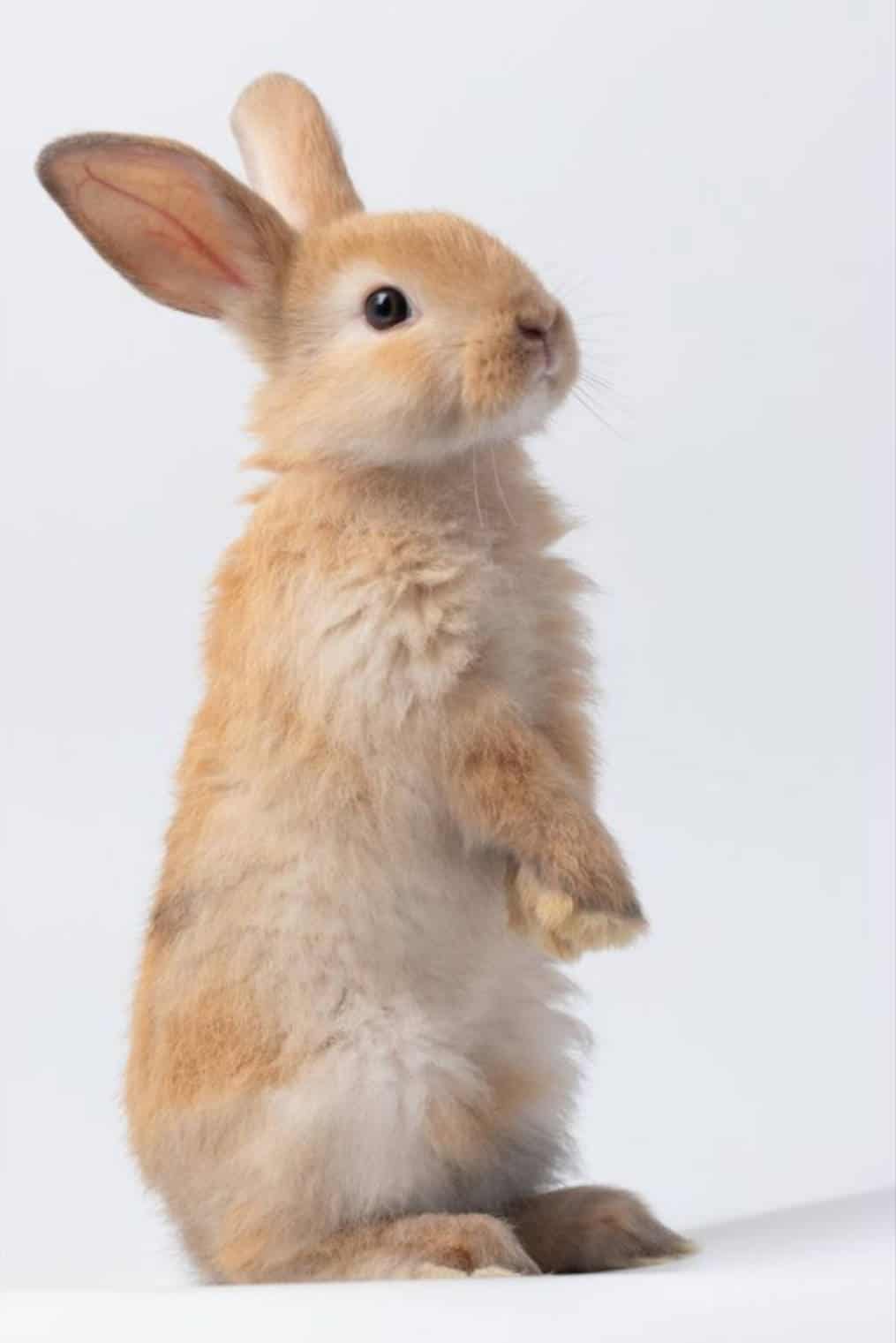 If anyone suddenly asks anyone to describe a rabbit, many would probably say something along this line:

They are adorable, furry creatures with red noses. Well, that description is not entirely wrong. Still, we have to dig down a little deeper for this matter.

Rabbits are small mammals under the Leporidae family. Generally, they have long ears and hind legs but short tails. Currently, there are around 30 species of rabbits today.

There are many more things to be said of rabbits. For better understanding and easier comparison, though, we’ll focus on the things that set them apart from rodents from hereon. Rabbits are under the order Lagomorphs.

They are obligate herbivores which means their diet should mainly consist of plants. So, if you’re looking for treats, you want to look at your fruits and vegetables.

Also, they have a pretty interesting digestive system. Rabbits eat their food twice to maximize digestion. That is because their bodies can’t extract all the nutrients the first time it passes through. How do bunnies do this? By eating their poop. We know. It’s not such a pretty image.

When rabbits eat something, it’ll come out of their tushies as soft black pellets. They would then eat it again and process it again a second time. Finally, it will come out as the hard pellets that you know.

Now, let’s talk about reproduction and the reproductive system. The notable thing here is that these mammals don’t have a baculum.

Most mammals have this bone. Does that leave the rabbits out then? No. They are not alone. Humans and horses also don’t have this part. There are many others.

Finally, let’s talk about dentition. After all, it is one of the most used features of animals to classify them. The prominent feature of the rabbits’ dentition is that it has two pairs of incisors (i.e., four incisor teeth), and often, they have white teeth. 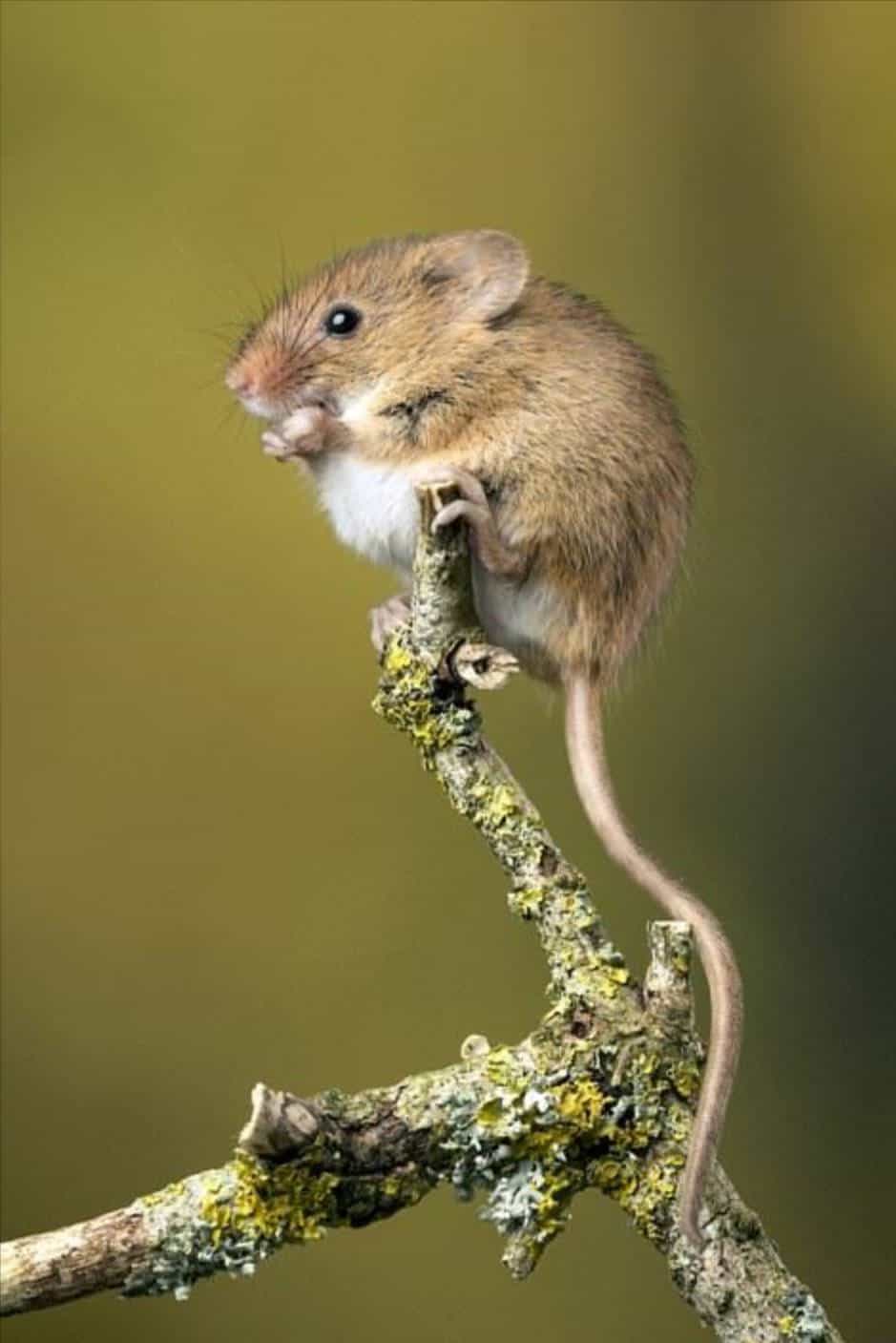 Now, let’s describe what rodents are. Unlike the former, rodents don’t have such good reputations. Some might even be surprised to know adorable creatures like chinchillas and gerbils are rodents.

Rodents are also mammals. Unlike rabbits, you can’t put their profiles in a box that easily. There are, after all, more than 2,000 species of rodents. As you might already know, they make up almost half of all the mammals that exist.

There are many more things to be said of rodents. For better understanding and easier comparison, though, we’ll focus on the things that set them apart from rabbits from hereon.

With that, let’s move on to the highlight of their difference with rabbits. Rodents are under the order Rodentia.

Unlike rabbits, many rodents can eat meat in addition to plants. Some rodents only eat plants too, but many of them are omnivores. You could say that while rodents usually have a choice, rabbits don’t.

Digestive System of the Rodent

Do you still remember the rabbit’s unique digestive system? Well, as you might expect, it is another area of difference.

If you can remember, rabbits have to eat their food twice to maximize digestion. Some rodents also follow this process. The difference is that this is not the norm with rodents, while it is for rabbits.

Reproductive System of the Rodent

There is also a difference when it comes to their reproductive system. In this area, rodents and rabbits have a lot in common. For one, the two both have short breeding cycles, and they both give birth to many live youngs at a time. Still, there is a difference.

While rabbits don’t have a baculum, rodents do. This fact is not surprising. While rabbits have the company of humans and horses for not having a baculum, many mammals do have this part.

So far, you might be thinking that there isn’t that big of a difference. After all, it seems some rodents also show some features rabbits show. You might argue that rabbits can be a type of rodent, then.

You will see later that these are all fair points. Still, rabbits are not rodents, and you can say our next point is the main reason why that is.

Dentition of the Rodent

Here, let’s talk about dentition. As we’ve said above, it is one of the most used features of animals to classify them.

The teeth of both rabbits and rodents don’t stop growing in their lives. However, rodents only have a pair of incisors (i.e., two incisor teeth) that are often orange in color.

Rabbits Are Not Rodents 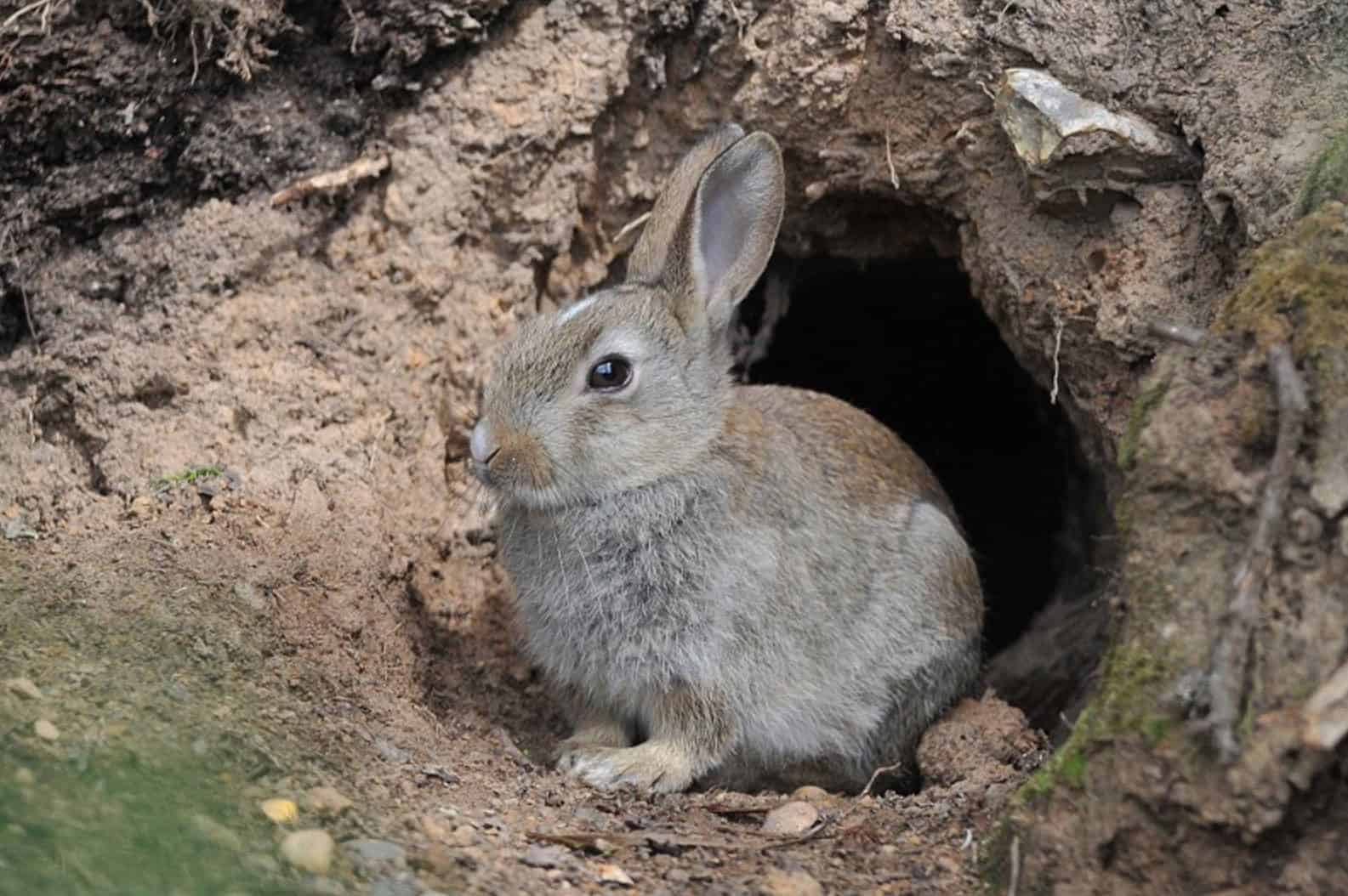 With that, we believe it’s now clear that rabbits are not rodents. Yes, they might share some resemblance. As we’ve seen at the core, though, many things set the two apart.

For us to better see how the two are different, let’s quickly summarize the difference we talked about here:

Rabbits are not known to be rodents anymore. If you asked this question years ago, though, you would have gotten a different answer. You might be surprised to know that, at some point, rabbits were rodents.

We can’t deny that rabbits and rodents have a lot of similarities. For one, they are both mammals. Additionally, their teeth don’t stop growing, and they both chew a lot in their lives.

To add, let’s look at some of the differences we discussed again. If you refer to the chart, you can see that there aren’t big differences between the supposed differences. For one, if we look at their diets, some rodents only eat plants too. Take guinea pigs, for example.

Over time, though, the differences piled up. Eventually, Science saw these changes.

Up until the early 20th century, Lagomorphs were lumped together with those under the order Rodentia. In 1912, after many years of research, the division was decided. Many credits James W. Gidley for this discovery. [Rabbits vs. Guinea Pigs: Which Is The Best Pet For You?]

Choosing Between a Rabbit and a Rodent 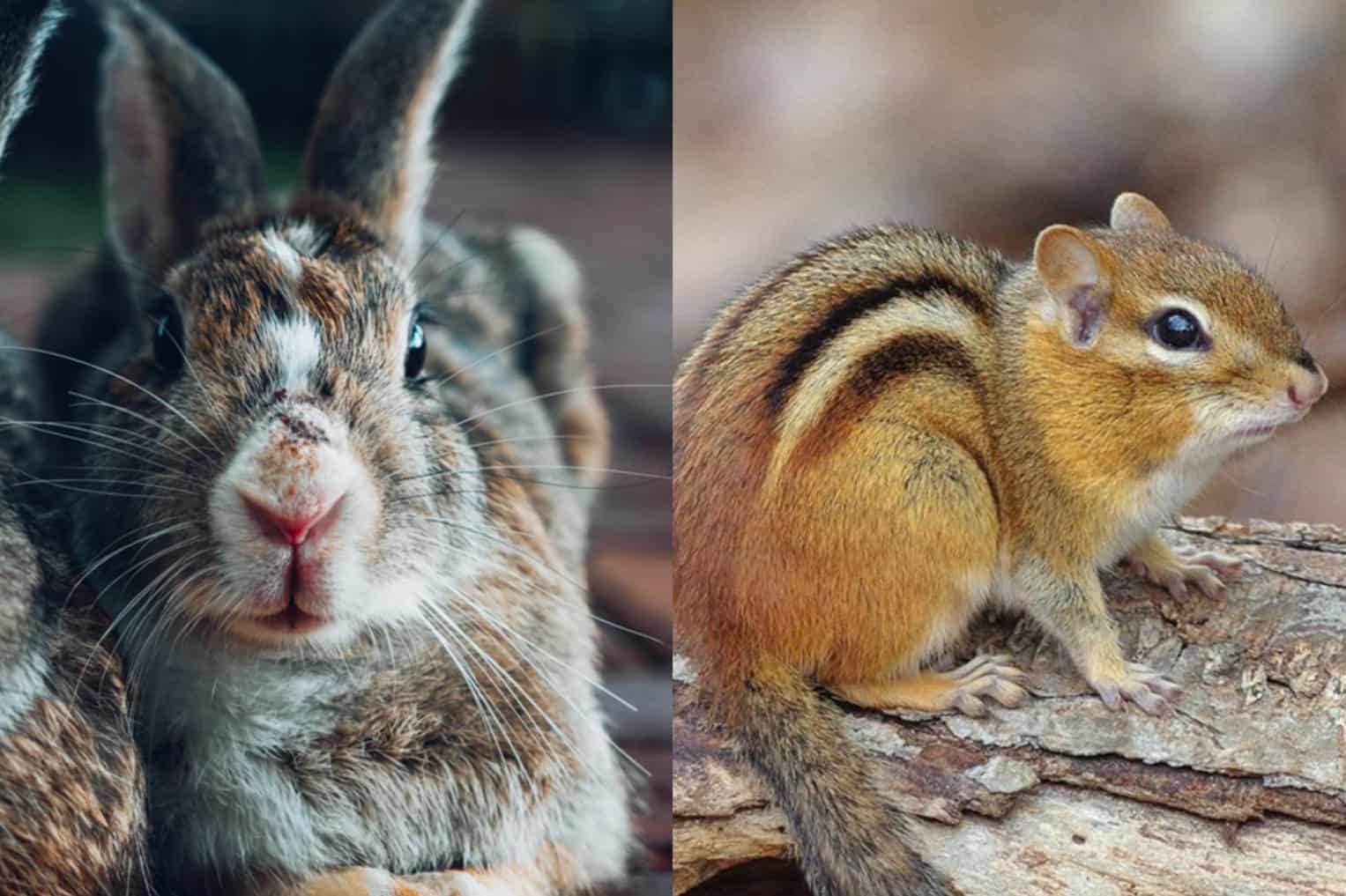 Now, you might be here because you’re trying to decide if you want to add a rabbit or a rodent to your family. They can be both great pets, and the decision is yours.

However, you might be here because you want to get both. In that case, you don’t have to worry. Rabbits can get along with other pets, that includes other pet rodents! They might even be better companions for some rodents than other rodents.

Now, it might be the best time to note that some rodents will not tolerate other playmates. Not just rabbits.

Since there are more than 1,000 kinds of rodents, we won’t be able to walk you through how a rabbit might fare with each one. Some research is still needed. They might become great buddies in the future, but they need proper introductions.

Today, we answered an important question. Are rabbits rodents?

We found out that the answer would depend. Presently, rabbits are no longer considered rodents. Still, as we’ve learned today, they once were grouped with them.

To add to that, today, we also talked about how they became rodents. We also discussed how they eventually got separated from the group.

Finally, we also talked about if you can let rabbits and rodents become playmates!

We hope we were able to help you with answering this furry mystery! Do you have any other rabbit concern? Feel free to check out our other discussions!