15 Rabbit Noises & Sounds You Should Know (And What They Mean)

Rabbits produce noise and sound to communicate. They tell you how they feel through different noises, gestures, and actions.

You can quickly address their needs if you are aware of the distinctions. It’s high time that you discover 15 rabbit noises and sounds and what they mean. 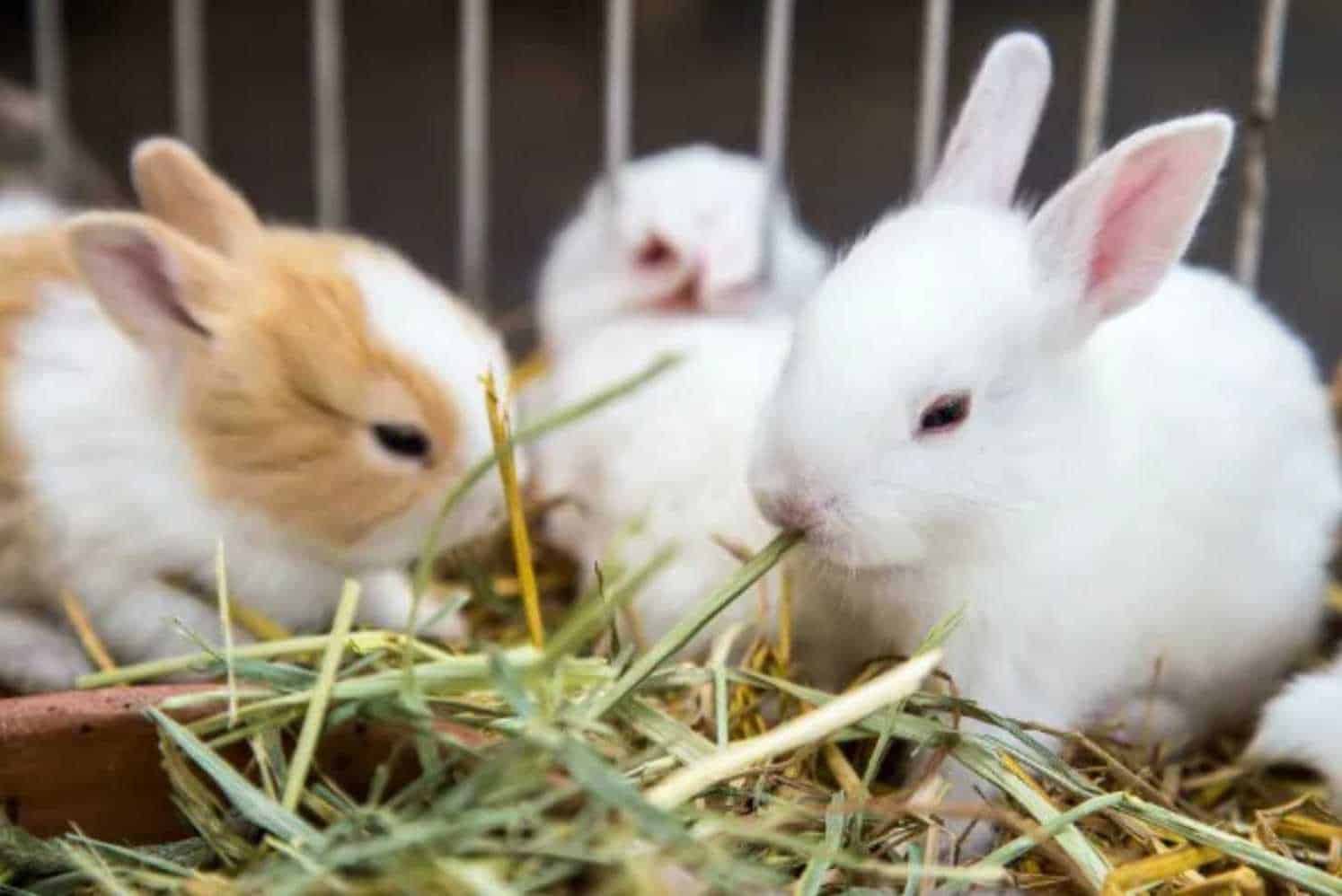 Do you know that rabbits also cluck? It is sometimes known as honking. Sometimes it sounds like a hiccup. It has a lower pitch and is calmer. You can’t hear rabbit clucking often, but it’s a pleasant sound. A rabbit’s cluck means it is joyful.

The rabbit may be content with what it’s chewing on. This is the strange sound you can hear when it’s munching.

Rabbits can also cluck while dozing or enjoying a good dream. They may also make a clucking sound when sitting on your lap. You might also hear them cluck when cuddling with their cage mates.

Female bunnies also make this beautiful sound while feeding their babies. It signifies that they’re happy. You can also hear de-sexed rabbits who cluck or ‘chirrup.’ They do this to express their gratitude for something, usually food.

A grunt is the most typical rabbit sound you can likely hear. A grunting rabbit is generally enthusiastic. It’s trying to say that it’s ready for some interactive play.

Unneutered male rabbits produce a grunting noise as well. They do this when they’re ready to mate. Other accompanying signs of a mating desire include circling and marking their territory.

Grunting is also a common way for rabbits to express their excitement. Your rabbit may grunt if it sees you coming with its favorite food. 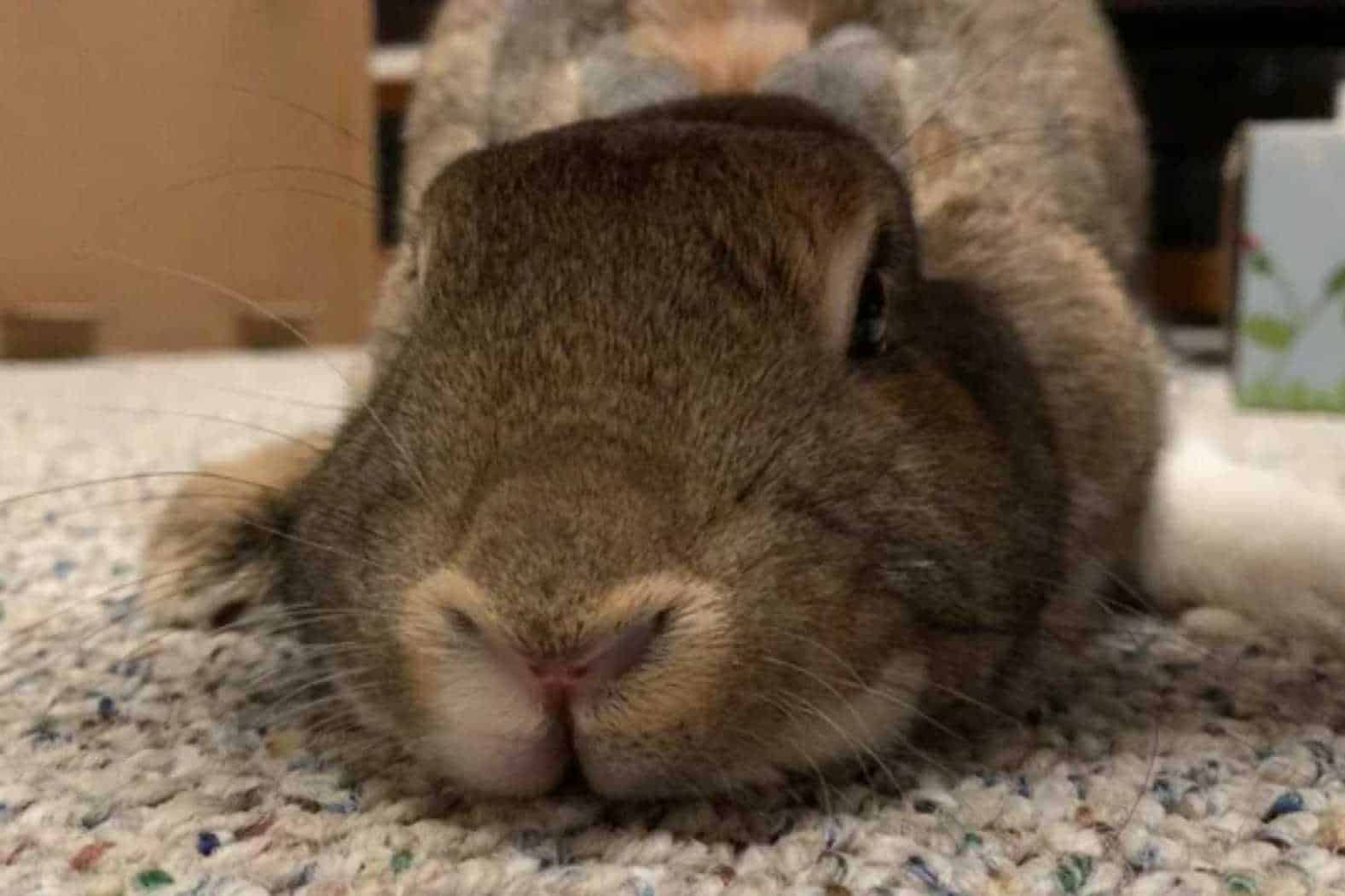 A rabbit’s purring is comparable to that of a cat. However, cats purr with their throats. Rabbits gently smear their teeth altogether. It’s a soft sound, but one you’ll enjoy hearing.

Rabbit purring may also have a rumbling to it and is low-pitched. You could say it sounds similar to a distant helicopter.

Purring indicates that your rabbit is satisfied and happy. You’ll likely hear it when petting your bunny seated comfortably in your lap. It will fade in and out, but other signs of happiness will accompany it.

Rabbits hum when they’re content with their present conditions. It’s similar to how you’d feel when relaxing in a garden. Bunnies may hum from time to time as they move roundabout the house. They may also hum when playing with different toys.

All bunnies do it occasionally. However, most rabbit owners equate it with an unneutered bunny pursuing his loved one. Humming can be challenging to detect when you’re not giving close attention to your rabbit. 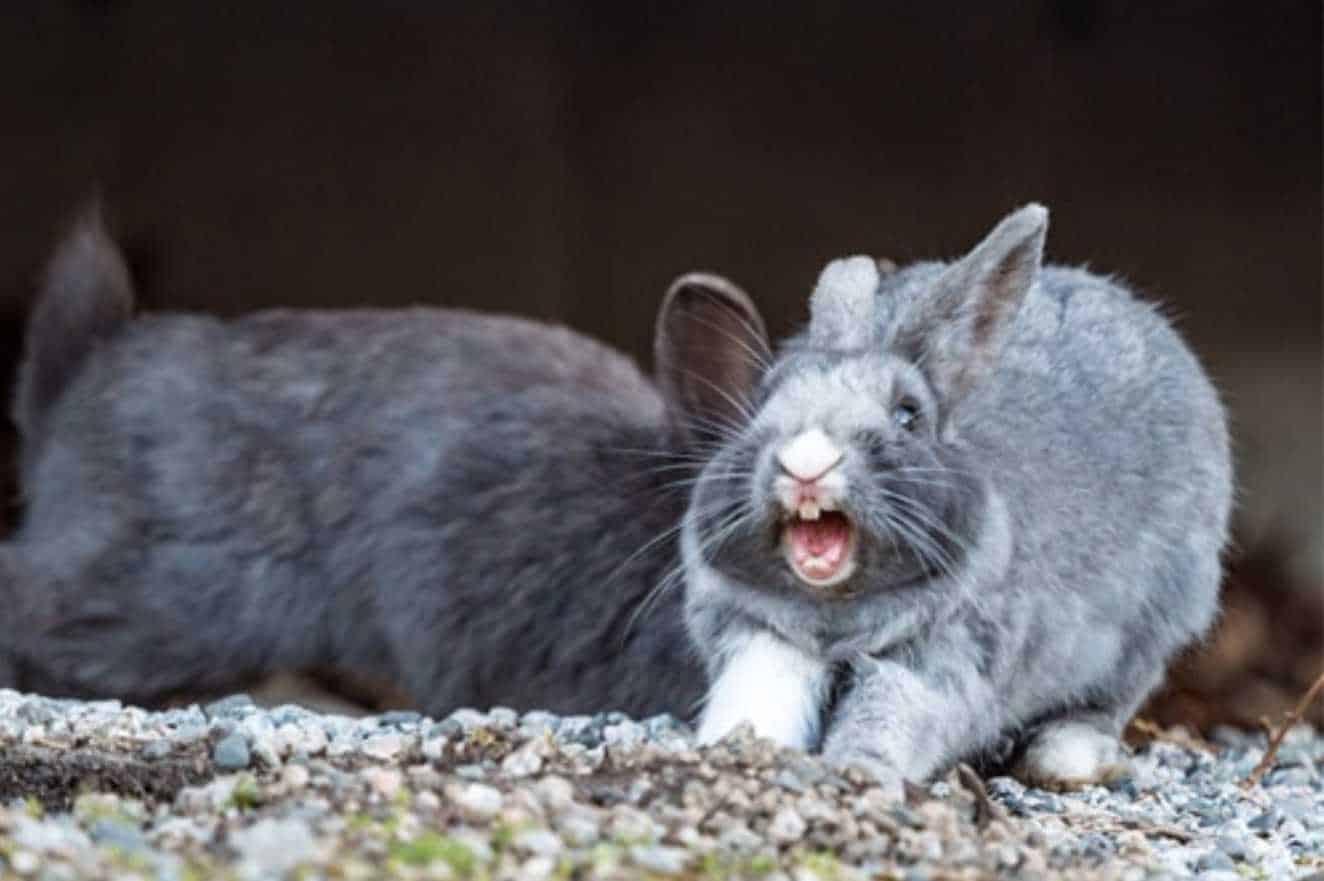 Rabbits have been known to growl. A sudden thrust and sometimes a bite often follows the sound. They do this to express their dissatisfaction with their current situation to people around them.

The growling sound resembles a purring noise. Nonetheless, do not mistake it for a sound of delight, for it’s a defensive sound.

Rabbits begin to growl when enraged. Your pet will growl and attack you if it’s terrified or threatened. This could happen when you try to force it to go for a walk. It may also growl if another rabbit intrudes on its personal space.

Avoid growling at all costs. Fortunately, you can easily make your rabbit feel comfortable. All you need to do is be more aware of your actions.

Approach your rabbit from a ground position. Move gently and make yourself appear tiny. Don’t touch or hold it if it growls. It will only exacerbate the situation.

Similarly, get out of the way if you’re close to its food. There will be instances when your bunny feels more at ease around you. However, your pet must first understand that you’re not an enemy.

Your rabbits will whimper or whine if they dislike being touched. You can hear it more from an expectant rabbit placed in an enclosure with another bunny.

The whimper means they’re displeased with their present circumstances. This could hint that an expectant bunny isn’t keen on a buck’s approach.

Bunnies also whimper when they are terrified. You may hear your bunny whimper when scared by a speeding object. It also whimpers when someone unfamiliar tries to touch or hold it. You can hear the whimpering well. 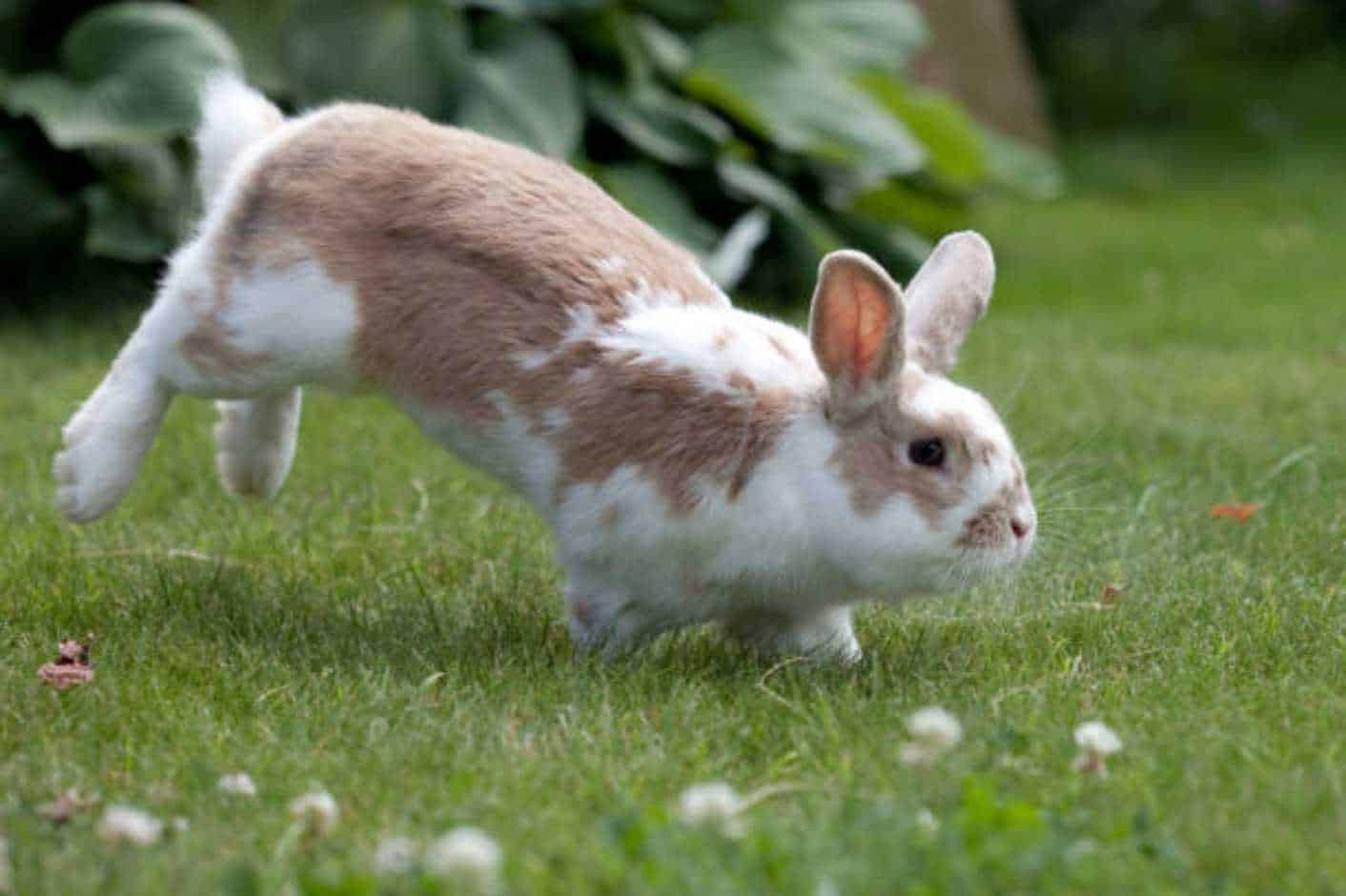 Rabbits stomp their back feet loudly when frightened or afraid. Your rabbit might have heard an odd noise and mistook it for a nearing predator.

Stomping cautions you that something unpleasant might happen. This commonly occurs among free-ranged rabbits. They wish to warn you and the other bunnies that peril is imminent.

Rabbits also stomp their feet when they are agitated. They may want to push past their limits or grab a toy another bunny is enjoying.

However, not all bunnies thump their feet. It all depends on their personalities. Some stubborn bunnies stomp more often. Others are more relaxed and may not do so at all.

Hearing a rabbit squeal is unusual. Many rabbit keepers never heard their pet rabbits squeal in their lifetime.

Squealing is more akin to screaming. It indicates that your rabbit is upset or hurt. They squeal when someone restricts them while trying to get away. They may also squeal when a predator approaches.

You could also hear them squeal when they have gravely injured themselves. Investigate when your bunny squeals, whatever the cause. 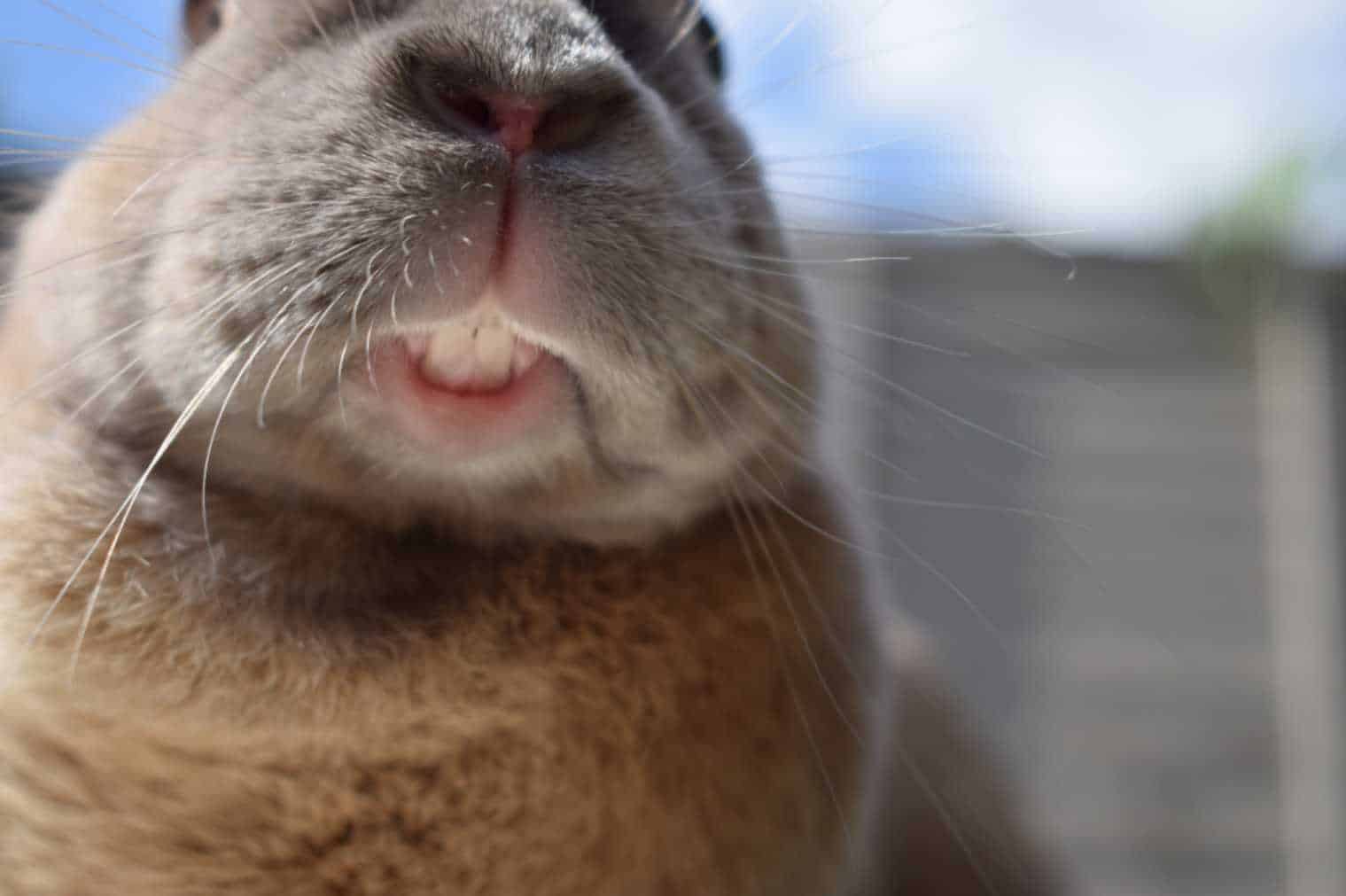 A bunny’s grinding of its teeth is practically recognizable. Your bunny is in severe pain and requires medical help if it grinds its teeth. It may also grind when dissatisfied with its surroundings.

If your pet begins to grind its teeth, move it somewhere more comfortable. Check its limbs and belly for discomfort if it keeps grinding. Visit a veterinarian if you discover any health issues.

Grinding is louder and more common than purring. Your bunny is grinding if it’s bent over, angry, or jumpy.

A rabbit’s screaming will make you quiver for two primary reasons. First, it sounds eerily like that of a frightened child. Second, bunnies scream only when a predator pursues them or when they’re perishing.

Screaming is another sound a rabbit makes when it is in intense pain. Some health issues like hemorrhagic sickness cause severe agony that might lead to screams.

A bunny may also scream if it’s afraid for its survival. For instance, when your rabbit is cornered and can’t escape. Rabbit screams are very upsetting to hear. You can’t confuse it with any other rabbit noise. 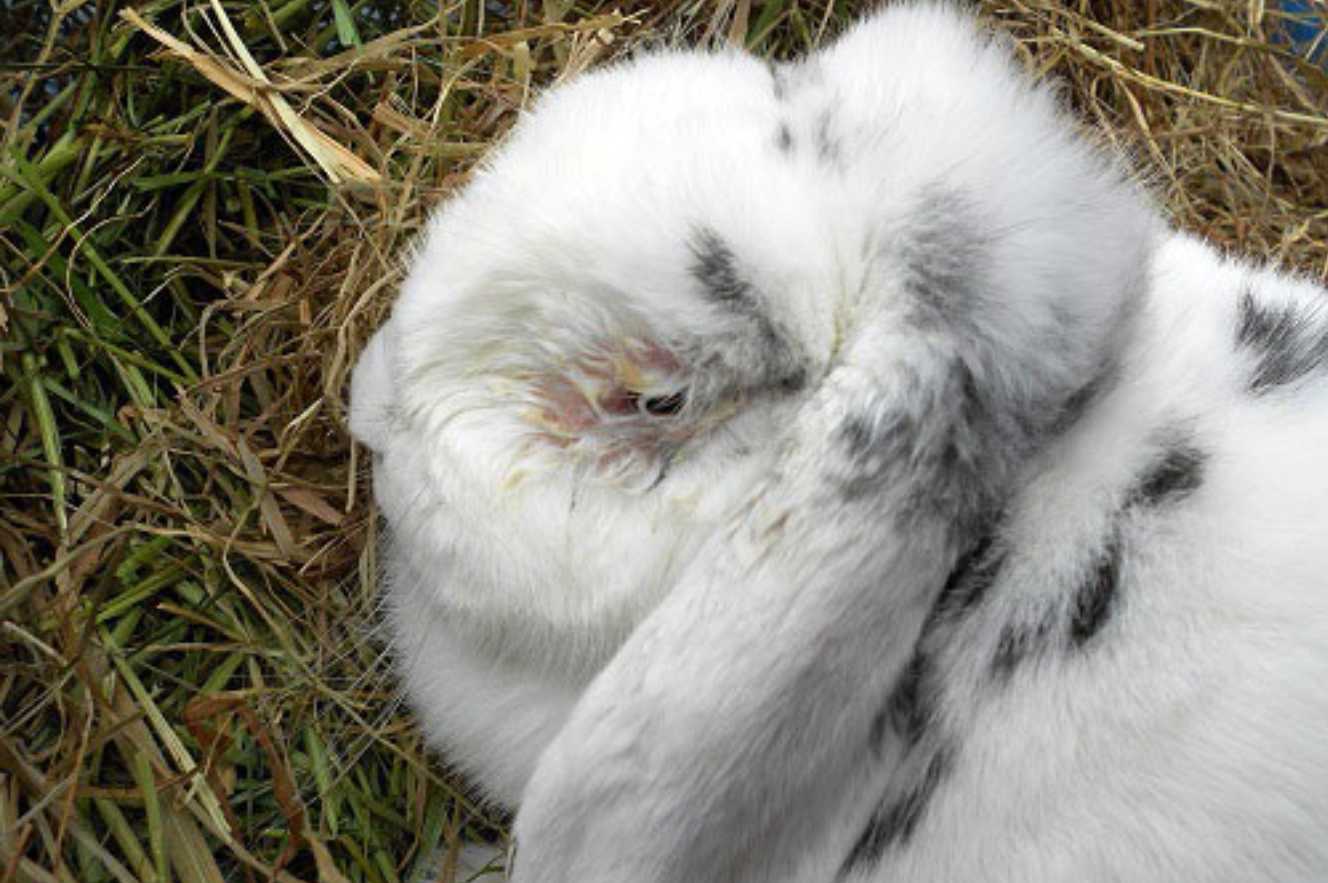 A rabbit may sneeze for a variety of causes. It can sneeze when a blade of grass or pollen gets trapped in its nasal passage. A bit of food blocking its airway could also cause sneezing.

A rabbit having a respiratory ailment may often sneeze until it recovers. The sneeze sounds similar to a dry cough. Sneezes from rabbits seem like lovely, little squeaks. Moreover, they shake their upright heads slightly.

Sometimes there is no apparent reason. You don’t have to worry if your bunny sneezes one to two times a day. Then, it stops sneezing for the remaining hours of the day.

However, if your bunny sneezes a lot, followed by a runny nose or runny eyes, take it to the veterinarian right away. This is a sign of snuffles or rabbit cold.

Sighing is an indication of satisfaction. Your rabbit will sit comfortably before breathing deeply and slowly exhaling it. It’s unclear why a deep breath means being relaxed. Perhaps it’s because respiration quickens when a rabbit gets stressed. 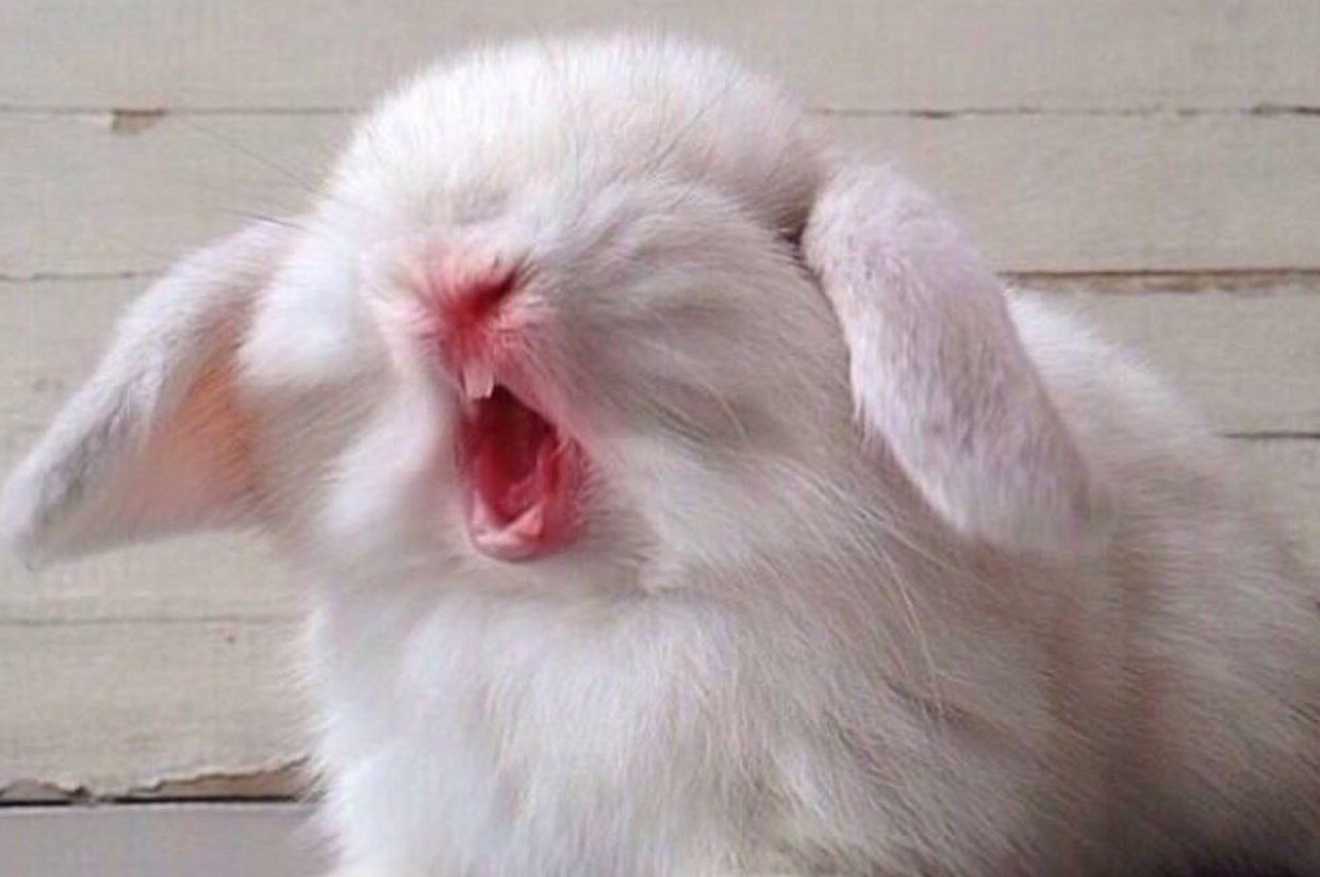 Hissing is less prevalent than growling. Your rabbit needs to do something else if growling doesn’t scare away a predator. Hissing sounds as you expect it should. Your bunny hisses by passing air fast between its teeth and tongue.

Other aggressive behaviors may accompany a hissing sound. Your rabbit may hiss and growl at the same time. It may even snap at you to make you leave. It may also hiss to keep other rabbits at bay.

You create a wheezing sound when you’re having problems breathing. Animals, including rabbits, do the same. Heavy and laborious breathing may accompany wheezing.

There are various reasons why your pet may be having difficulty breathing. The most common cause is a respiratory infection, such as a cold. This often goes away naturally. However, consult a vet if it doesn’t.

Stress and a weakened immune system can also cause wheezing. Your rabbit could also be overweight, with extra fatty tissue blocking its airways.

Remember that wheezing is not the same as sighing. Your rabbit sighs once and only when it is happy. However, your pet will wheeze persistently, accompanied by other distress signs.

Hiccups are something rabbits do a couple of times. They’ll utter faint, repeated squeaks while bobbing. These last 30 seconds to a minute only at a time. They happen most often after the bunnies have been running and racing around.

Mild episodes of hiccups are usually unproblematic. However, if your bunny has them regularly, consult a veterinarian. This is to ensure it has no underlying health issues.

Rabbits are silent creatures. They make diverse sounds and motions to communicate. So, how can you decipher rabbit noises to understand them better?

The list of 15 rabbit noises and sounds and what they mean, as discussed above, could help you. Pay attention so you can grasp what they’re trying to say.