Why Is My Rabbit Breathing Fast? (8 Common Reasons)

Rabbits are, perhaps, one of the most active animals around. It’s not surprising that they love moving around, resulting in them trying to catch their breath.

However, there might be instances when their breathing doesn’t appear as it normally would. You would probably wonder why the rabbit is breathing fast.

A healthy rabbit’s respiration rate should fall between 30-60 breaths per minute. If it falls above or beyond the normal rate, then you need to look at different factors.

Changes To The Weather

When the heat and humidity levels are high, the rabbit’s response will be through regulating its body heat. The rabbit’s breathing will be quicker and shorter while it manages its body temperature and adjusts to the hot and humid environment.

When the rabbits’ bodies overheat, they would also breathe faster than they normally do.

It’s important to keep the rabbit cool, calm, and collected whenever the temperature rises. If there is too much heat exposure, the rabbits are at risk of heat exhaustion and heat stroke.

Make sure you keep the rabbit away from the sun. Don’t forget to provide them with plenty of water to avoid dehydration.

Rabbits are very proactive. They would take the opportunity to play and enjoy themselves. They can form a bond with other rabbits. And once they do, they chase, sway, swat, and play with one another. With all the excitement that’s going on, it’s normal for them to breathe fast.

Regardless of their activity,  if the rabbit exerted effort and energy, they might try to catch their breath right after. Just wait for them to cool down and go about their merry way.

It would take a few minutes for a rabbit’s breathing to return to its normal state after any activity. If their breathing does not calm down for a prolonged period, then that might mean something is wrong. 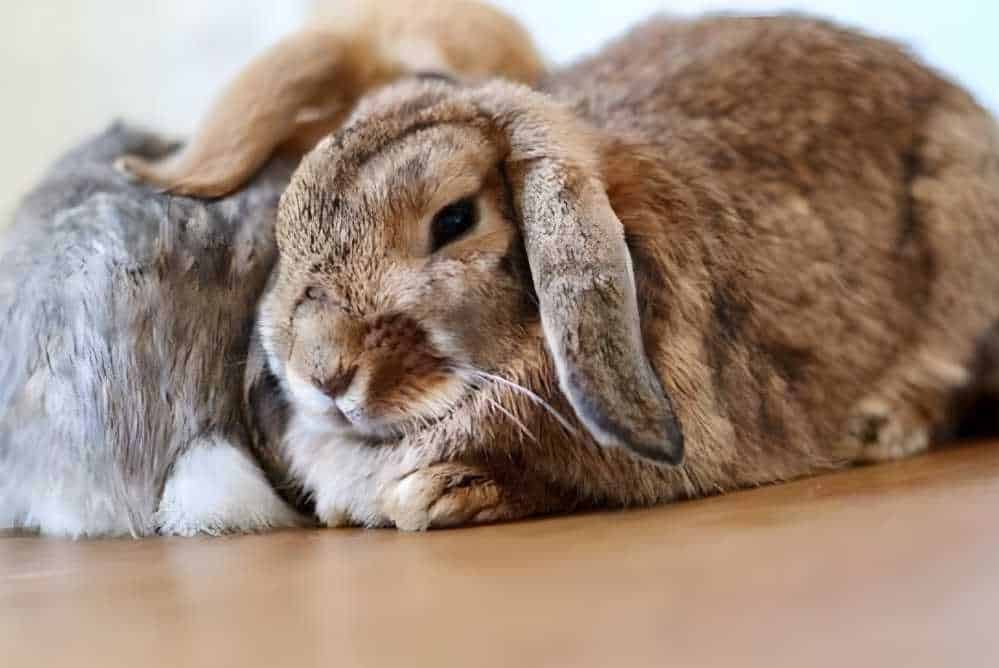 Rabbits are no stranger to detecting danger. Their bodies evolved to spot any incoming threats. Their heart rate increases whenever they feel scared or stressed over the possibility of being hunted down or threatened.

It, in turn, will also affect their breathing. It’s normal for rabbits to feel this way. It is a natural reaction to danger. Call it animal instinct!

If the rabbit is constantly in this state, you need to identify what is causing or triggering the reaction. It’s not good for the rabbit’s health to be constantly anxious, agitated, or scared.

At first, only their heart and breathing would be affected. But in the long run, it will affect their overall health and well-being. You don’t want your rabbit to be a nervous wreck all their life!

There might be more serious reasons affecting the rabbit’s breathing apart from the common causes. The rabbit might have a health or medical issue, hence causing the rabbit to breathe fast. Here are some possible health conditions that you should take note of: 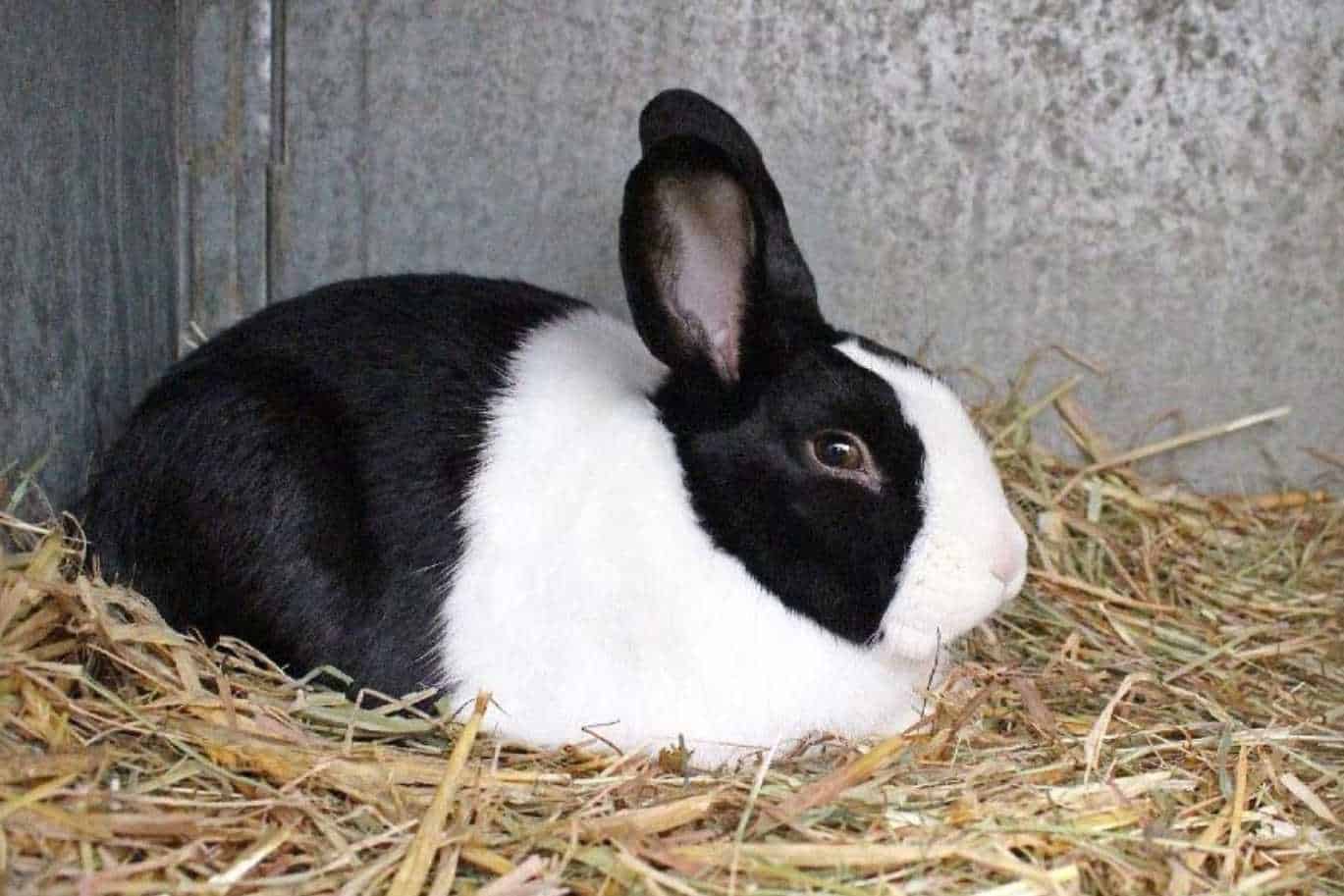 GI Stasis is one of the most serious and dangerous health conditions for rabbits. It’s a gastrointestinal issue that affects the rabbit’s whole body and being.

One of the most common reasons why rabbits develop this condition is the lack of fiber in their diet. When they aren’t getting enough fiber, it affects gastrointestinal functions.

When there is an imbalance in the bacterial population in the rabbit’s stomach, gas accumulates. When there is too much gas in the system, it causes a blockage in the Gastrointestinal tract. It would then cause pain and discomfort. If left untreated, it can cause death.

Anxiety, stress, and other underlying conditions can also play a part in the development of GI Statis. A rabbit who suffers from GI Statis would feel bloated and constipated.

They are also unable to eat and do other activities, leaving them weak. It would also affect their ability to breathe normally.

Since GI Statis is fatal, a rabbit needs treatment ASAP. If you suspect your rabbit has this, take it to the vet immediately. The veterinarian would figure out what is causing the GI Statis. They will create the treatment plan accordingly. It will take some time for the rabbit to recover from GI Statis. 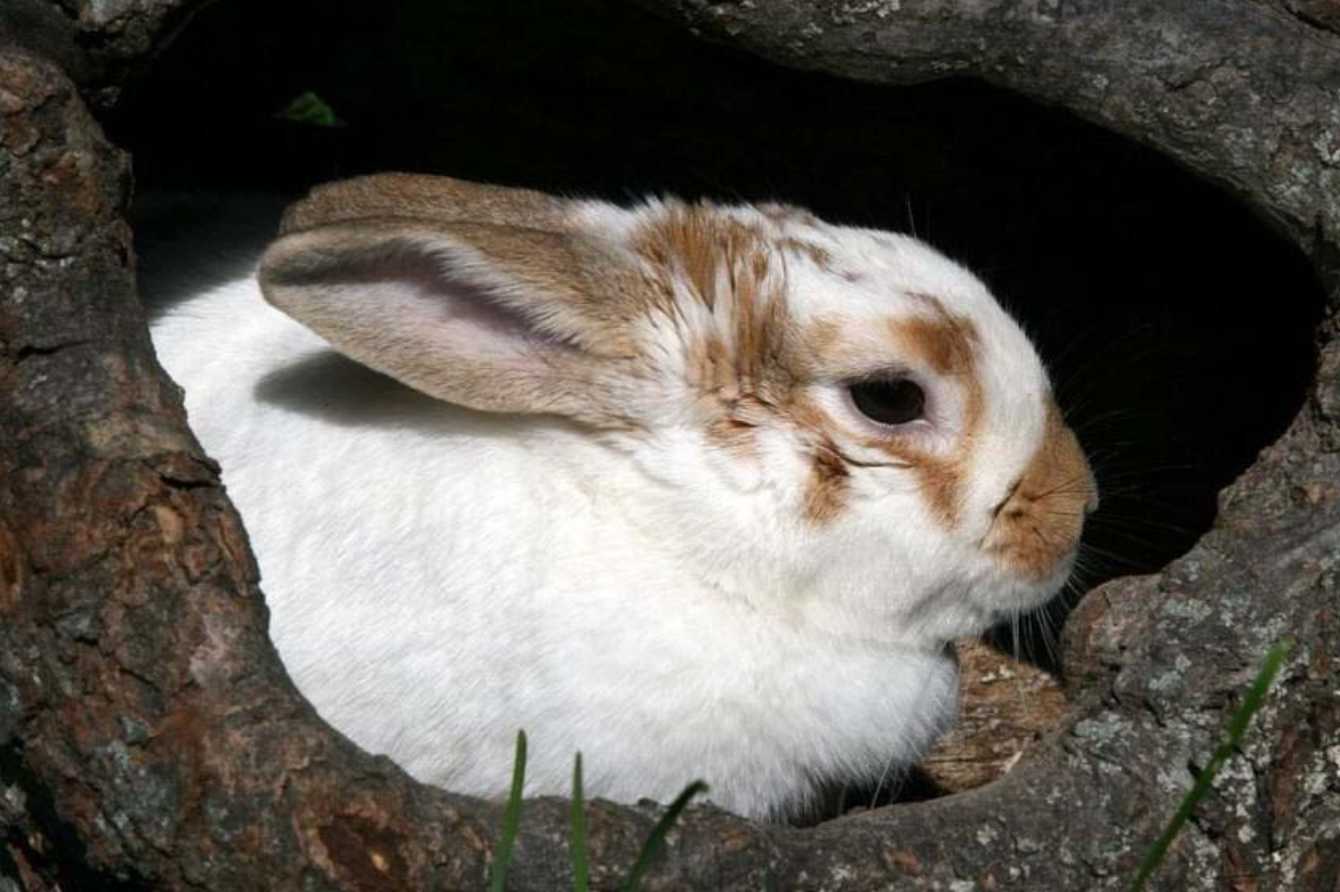 Stress is a silent killer amongst rabbits. When a rabbit goes through a lot of distress and difficulty, it can affect its heart health.

When rabbits develop heart related issues, there will be various signs that you should watch out for. They might lose their desire to eat and drink. They might feel tired and weak, affecting their energy level.

As their heart issue intensifies, the rabbit’s condition worsens. As heart problems are common in rabbits, you should consider getting them checked up.

The earlier the heart issue is detected, the better. While a heart condition is not curable, the vet can prescribe medications and suggest lifestyle-changing habits.

The parasite Psoroptes cuniculiis, which causes ear mites, seems to love infesting rabbits. Once a parasite infects a rabbit, the animal will develop some signs and symptoms.

If the rabbit constantly scratches or shakes its head or ear, then that means something is bothering them. It would also affect their breathing because they are bothered by the pain and discomfort caused by the parasites.

If you see any inflammation or crusting in the ear area, it’s also a sign that a rabbit has ear mites. It’s better to send the rabbit to a veterinarian for assessment. If left untreated, this condition might lead to an even more serious ear problem, such as deafness.

Flystrike is another disease that can cause pain and discomfort in rabbits. This condition develops from flies laying and leaving eggs on rabbits. Once the eggs are laid, they develop into maggots that feed on the rabbit’s body.

Once the maggots enter the rabbit’s system, they will feast on its tissues, muscles, and other body parts. You would probably also see some changes in the  rabbit, including how they act or behave.

As they are going through something painful, they might stop eating. They might feel lethargic all the time. As the maggots are eating their flesh away, don’t be surprised if it also affects the way the rabbit breathes. 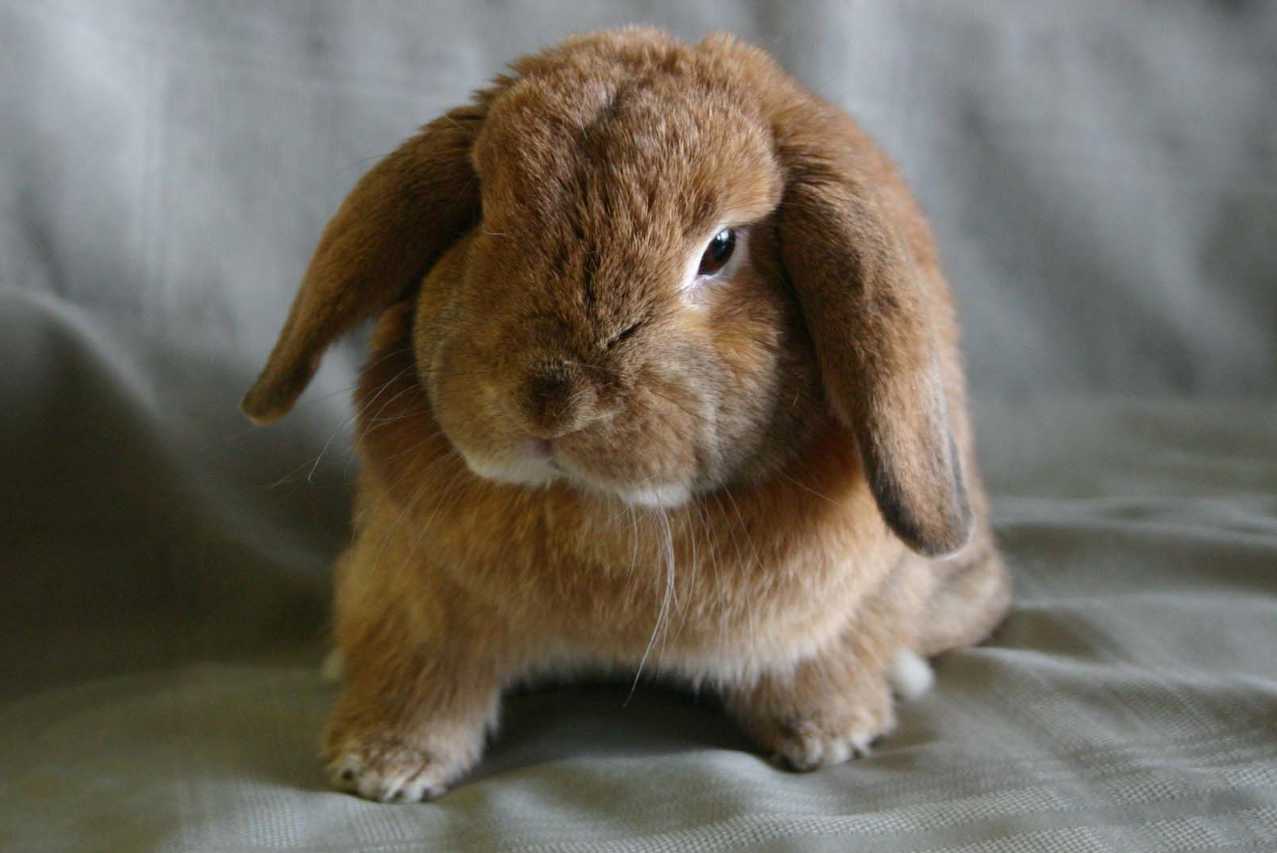 A rabbit who has been wounded or injured might be going through a lot of pain. And there might be times when the pain would be so intense that it affects everything else, including their breathing.

If the injury is not that serious, the rabbit would only huff and puff for a little while. However, if the breathing does not return to the way it usually is, it’s a sign of something more serious. They could have an internal injury or wound that needs immediate care. 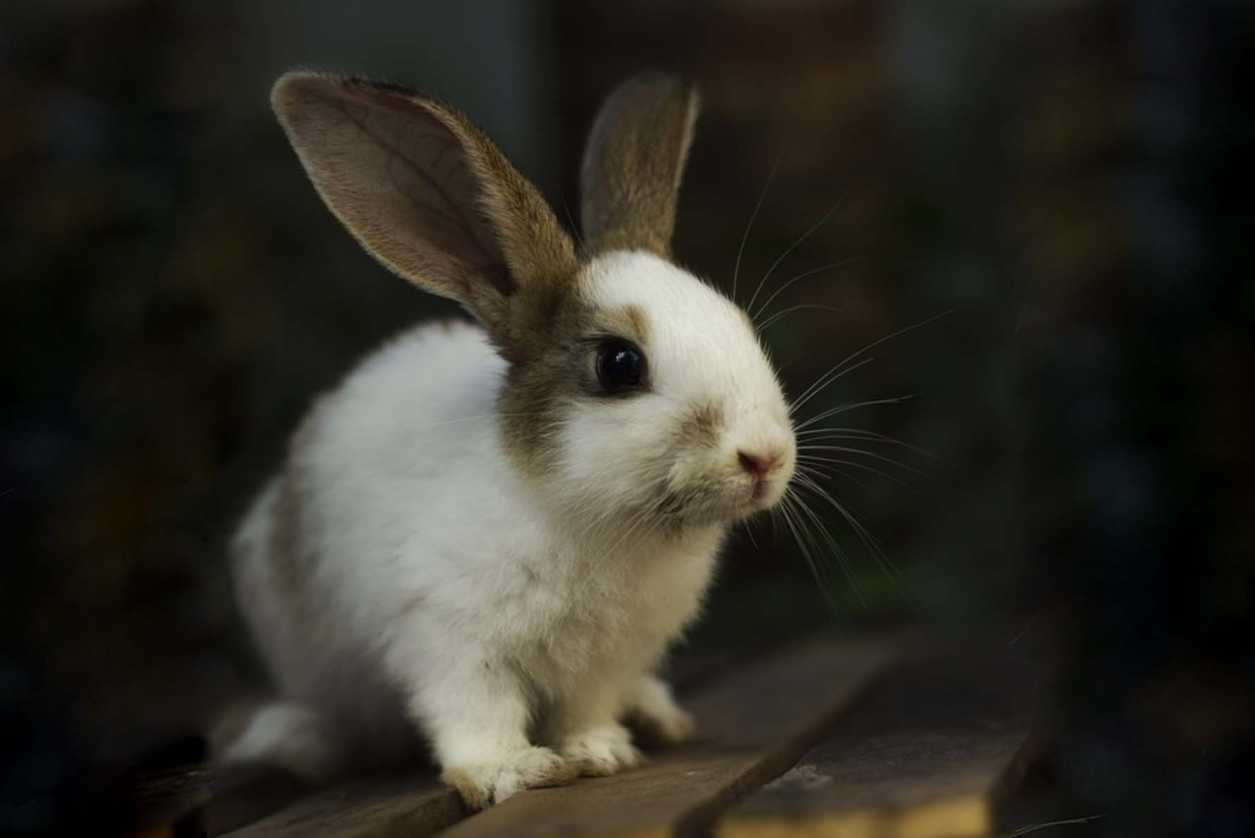 It usually doesn’t take a rabbit’s breathing to return to normal. The breathing rate would usually stabilize in about 5 to 30 minutes.

If the rabbit is still breathing rapidly after this time frame, something else might be happening. It could be one of the signs that the rabbit has developed an underlying illness that you aren’t aware of.

Monitoring the rabbit’s respiratory rate is not that difficult. All it takes is 15 seconds and some multiplication.

You can start by looking at their chest or putting your hand under their nose and tracking the number of exhalations. It’s that easy! It doesn’t require specific skills from your end.

If the rate is beyond the usual 30 to 60 breaths, then you might need to do something. Apart from breathing, you should also check for other symptoms. You should also take their temperature and pulse rate.

If the rabbit is not acting normally, you should consider taking the rabbit to a veterinarian. The rabbit might be going through something that needs medical care as soon as possible.

It’s normal to worry if your rabbit is trying to catch their breath. However, just because the rabbit is breathing fast, it doesn’t mean it’s sick or whatever. But it always pays to be vigilant. If the breathing feels off and exhibits other indicators, then you shouldn’t waste time!