Why Do Rabbits Thump?

Caring for rabbits requires basic knowledge about their behavior. Without understanding how their bodies work and communicate, it would be hard for you to understand them fully. It’s important to know what their regular to rare behaviors mean. Speaking of behaviors, you might observe your bunny thumping and ask yourself, “Why do rabbits thump?” 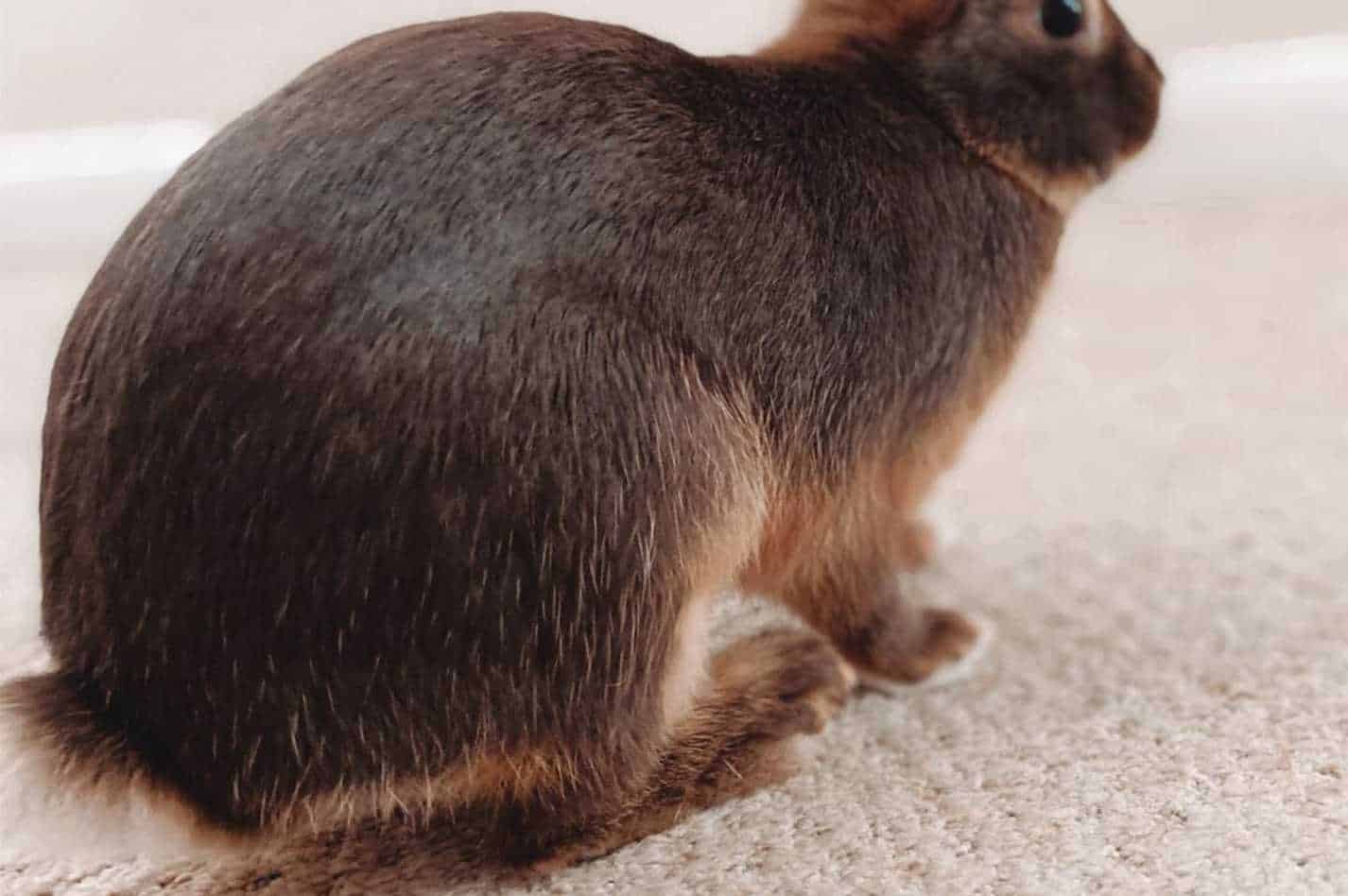 Every behavioral pattern, action, and activity your rabbit does has a reason. It’s just like how humans act and respond to impulses around them. Similarly, when you observe your rabbit acting a certain way, there is a reason behind that. This means they are communicating and telling something about it.

If you are not familiar with the term thump, you must be confused about thumping for rabbits. What does “thumping” look like? Or are you rabbits thumping? To find out more about this, you must examine the anatomy of rabbits in general. You might not know what thumping is, but once you witness your rabbit thumping, it’s almost as if you already know.

As obviously visible, rabbits have longer and stronger hind legs. Thumping is done by stomping these legs creating a thumping sound, much like how our heart pumps when under extreme emotions causing a thumping noise. Any rabbit, at any age, can thump depending on the situation and what they want to communicate with you.

Thumping Rabbits Through The Years 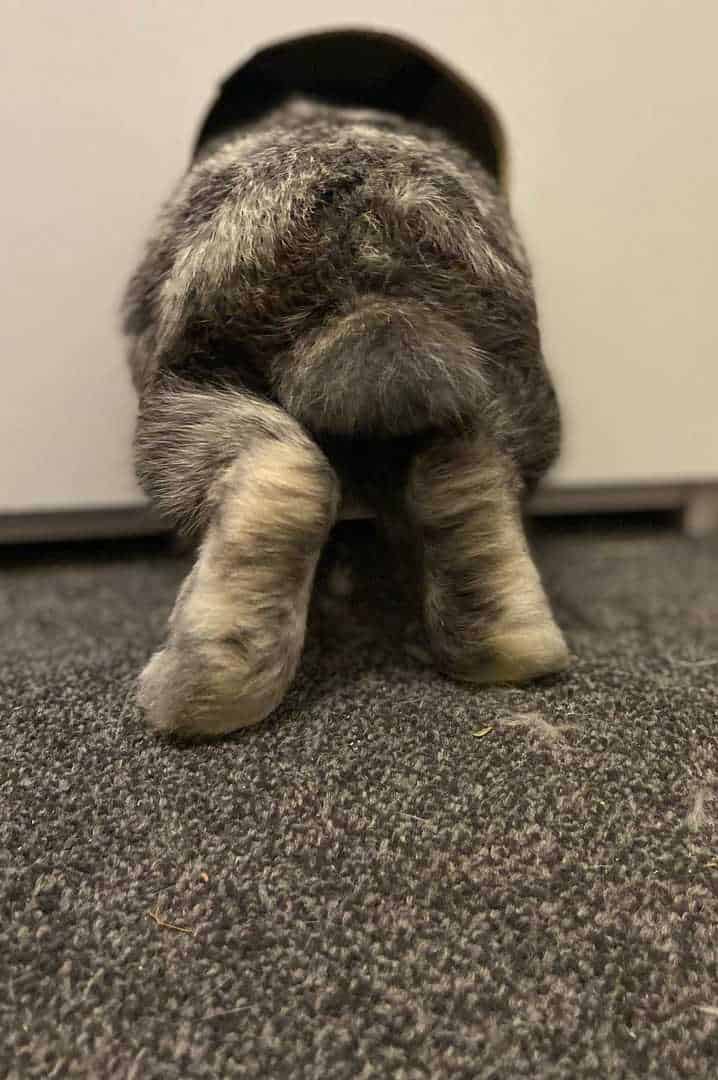 One of the reasons for rabbit thumping is related to their survival. Thumping is behavior that has been a product of evolution. Like any creatures out there, rabbits also have necessary changes for survival. For thumping, this behavior is helpful for all rabbits collectively. Thumping has been a helpful way of communicating with the rabbit group.

Animals have different ways of communicating with each other. Nevertheless, all of them share the common fact of having behavioral cues. While thumping is not as loud as other calls from other creatures, it is specially devised for rabbits. Because wild rabbits live underground burrows, thumping is an effective communication tool.

Rabbit’s strong hind legs thumping acts to alert their group. The vibrations help other group members assess the situation and act for their safety—rabbits in the wild use thumping as a warning.

On the other hand, thumping can also be a rabbit’s way of revealing its location to the predator. You may think it’s stupid to do that and risk their safety, but while it saves other rabbits’ lives, it also lets the predators know that they are ready.

Predators like to use their energy wisely. Thus, they attack preys when they are vulnerable and unprepared. This way, they spend less energy because they would not have to chase and outsmart their food.

Thumping Rabbits: What Are They Trying To Tell You? 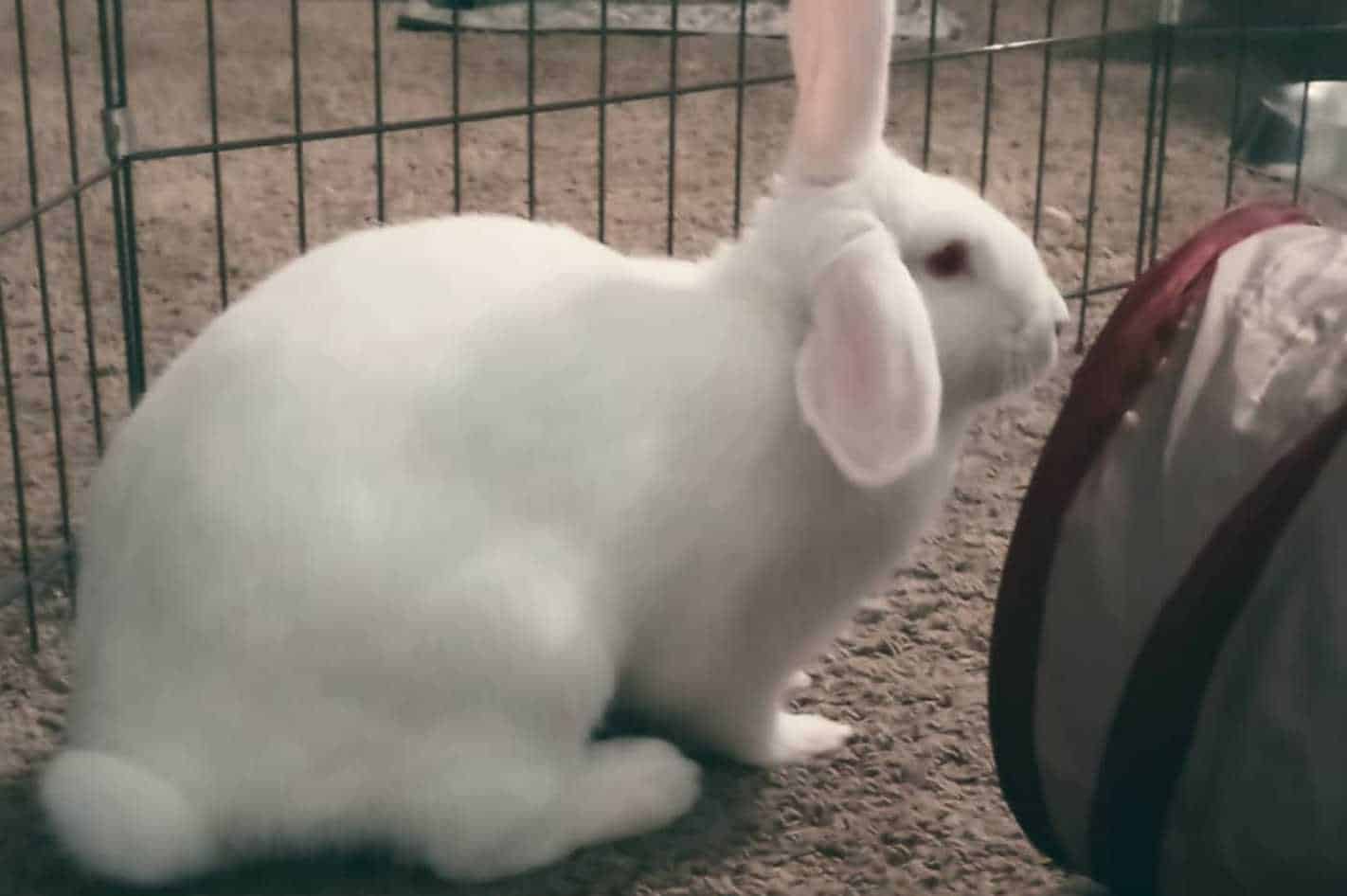 A rabbit, much like any creature, has several stimuli that may cause them to act in a certain way as a response. This being said, their actions are driven by purpose most of the time. If so, then you must be curious why your rabbit is thumping. In most cases, when occurring quite frequently, pet owners can be anxious and oblivious of how they should react in response to their pets.

One of the reasons why your rabbit could be thumping is fear. There must be something around them that is scaring them. Your rabbit will typically thump continuously every few seconds when scared and anxious.

They can stop and listen, assess their environment and continue to thump again once they sense that the threat is still present. They will stop stomping when they already feel safe in their environment.

Yes, if you ever think your rabbit cannot be annoyed, then it’s time to change your mind. They get annoyed, whether it may be because of you, their environment, their friends. The answer is yes. Rabbits get annoyed. However, the type of thump they do when annoyed is different from the thump of fear.

The thump of fear gives a signal that there is a threat around. They can also thump to warn you that you may also be in danger. When annoyed, your rabbit may thump as a way to express that he wants you to stop doing a particular thing or urge you to do a specific act.

Perhaps you would try to pick him up, and he would thump. This means he doesn’t want to be picked up at the moment. When your rabbit thumps and looks as if they need something, it’s helpful to pay attention to their needs. You won’t get to know them more without paying attention.

Just like humans’ tantrums, rabbits can also express anger by thumping. When they are angry, their thumps can have growls accompanying them. If so, it’s better to give them space and figure out what made them mad at you so you can slowly make amends. 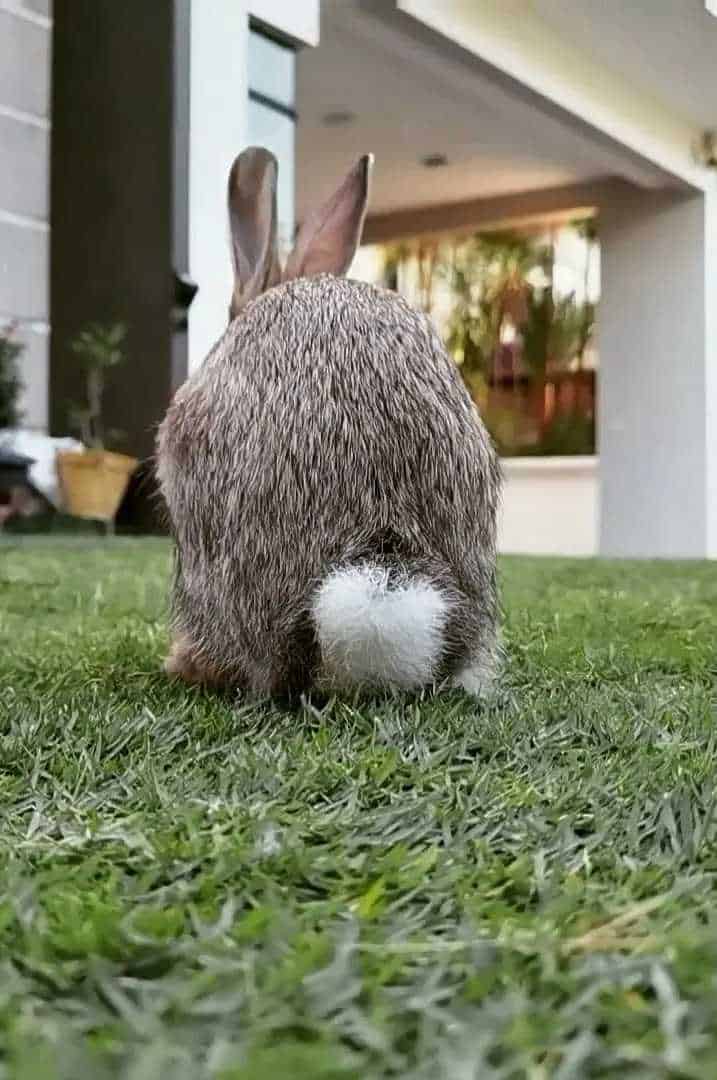 While there are many things on the list of what could make a rabbit thump, there are categories to help narrow them all down.

Rabbits have a very keen sense of hearing. This is one of their ways to survive, so they are designed to be sensitive hearers. And so, hearing loud noises or unfamiliar sounds will quickly set their alarm, causing them to be more alert than they were before.

This could be any sound that can mean danger to them, such as barking dogs, slamming doors, falling stuff, and many more. You may live unbothered by these sounds, but these could be very scary for a rabbit. It’s good to consider your rabbit’s response to sounds. What can seem normal to you may not be customary for them.

As you may have observed, your rabbits continuously sniff and scrunch their nose. These are just proofs of them being particular with scents. Rabbits recognize scents. If you have had your pet rabbit for quite some time now, they already know your scent.

For example, hanging out with dogs can get their scent attached to your clothes or skin. After interacting with your rabbit would cause them to thump away from you. Why? They recognize the smell of predators, and in response, they thump away to safety.

Rabbits familiarize spaces, and when they get comfortable with them, they trust their environment. Just like how they act anxious and shy the first time they step inside your home. And so, sudden changes in a room that they have grown used to can be quite a scare for them.

For example, moving pieces of furniture to a distinct new position, adding a new material inside the house like a table, or even leaving an unfamiliar package. They may feel uncomfortable and shift into a state of alert.

If you observe your rabbit thumping with signs of being unwell, check up on them as they may be telling you about an injury.

More Reasons For Your Rabbit Thumping 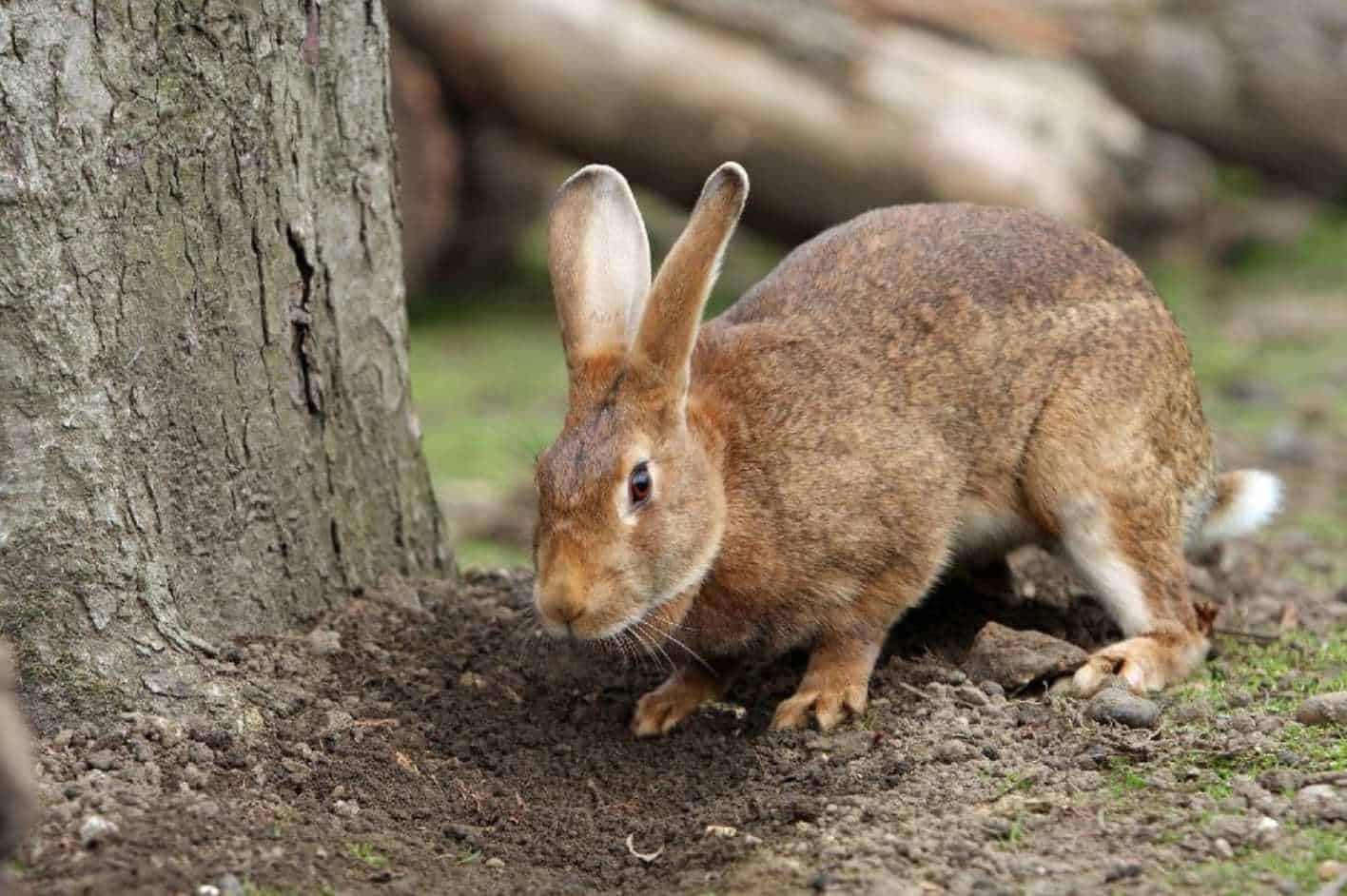 Because thumping makes a noticeable noise and vibration, they also ask for attention. Rabbits are intelligent and instinctual. So, if you condition them with a response every time they thump, they learn quickly to thump every time they want to see that response again.

For example, if you give them a treat every time they thump, they will be conditioned to thump whenever they want some treat.

Unneutered rabbits can have raging hormones causing them to be more irritable. And thus, the thumping.

As discussed, rabbits learn quickly and are pretty much easily conditioned. So, they have already taken note of their everyday routine. This means they already expect food to be given to them at a certain point of the day. And failing to follow the schedule might set off a thumping alarm from your rabbit.

If you keep your rabbit in a cage, thumping might mean that they want to play outside their cage.

Perhaps you just returned your rabbit and placed him on the floor after picking him up, and he thumped his way away. This signals that they were uncomfortable with the situation prior.

So, why do rabbits thump? There are several reasons, and each of them is valid. Thus, it’s essential to know about their behavior. This way, you would understand what acts signal annoyance, fear, or anger. When you know these things, you will learn how to react and read cues as to why they are thumping.