Everything You Need to Know About the Easter Rabbit

Every year, we celebrate Easter during Holy Week. Kids enjoy the fun activities laid out for them, such as egg hunting from the Easter Rabbit. But where did Easter Rabbit come from exactly? Find out all about the Easter Rabbit and its history in this article. 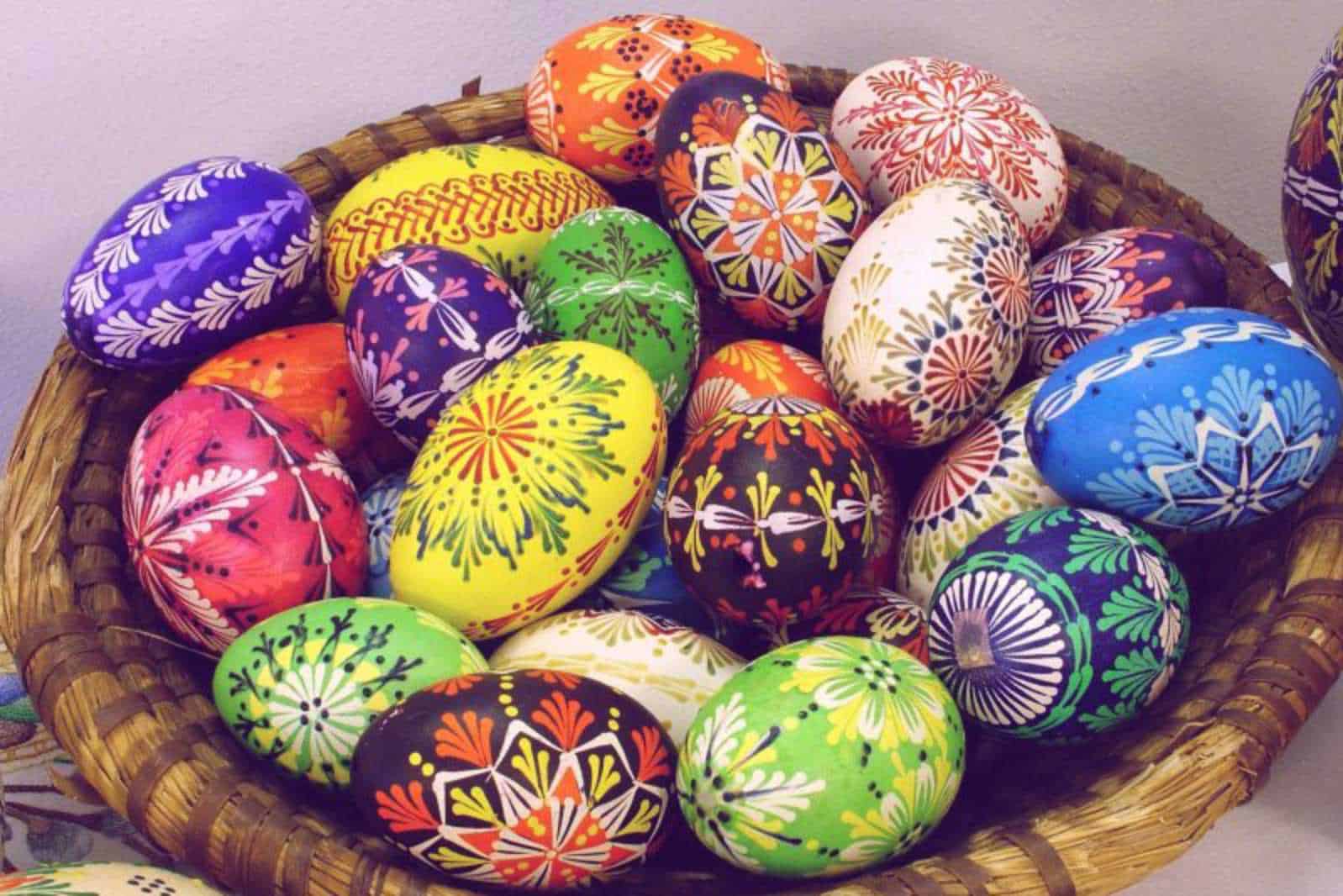 Every year, we celebrate Easter on the third Sunday of April. It is widely known as a Christian celebration and holiday.

Christians celebrate it to commemorate Jesus’ resurrection as he comes back to life from the dead. In the Bible, specifically in the New Testament, the resurrection happens three days after the death of Jesus through crucifixion.

The whole week before Easter is a week-long commemoration called the Holy Week. Each day of the week has its own name that signifies a day in the last week before Jesus was crucified.

Among them is the Maundy Thursday, where the Last Supper is commemorated, and the Good Friday, which signifies the death and crucifixion of Jesus.

You may notice that Easter is celebrated on different days every year. Easter is a movable feast, meaning that it does not have any fixed date, but it follows a specific pattern.

The date on which Easter is usually held is determined by the Computus. Easter is always celebrated during the third Sunday of April every year. Another way to decide which date Easter will be is by finding out which Sunday is going to fall after an ecclesiastical full moon.

Many different traditions are done during Easter, and it differs in every country in the world. Some well-known practices are the exclamation of Paschal greetings, decorating the Easter rabbit, hunting and breaking Easter eggs, sunrise services, Easter parade, and midnight vigils.

Easter is still called by its original name, Pascha, in Greek and Latin countries. It was a term that initially commemorated the Passover and was later on used to celebrate the resurrection of Jesus.

The term Eastern was first seen in writings during the mid-2nd century. The first to establish some ground rules in which the date of Easter is to be based in the First Council of Nicaea in 325 AD.

The History of the Easter Rabbit 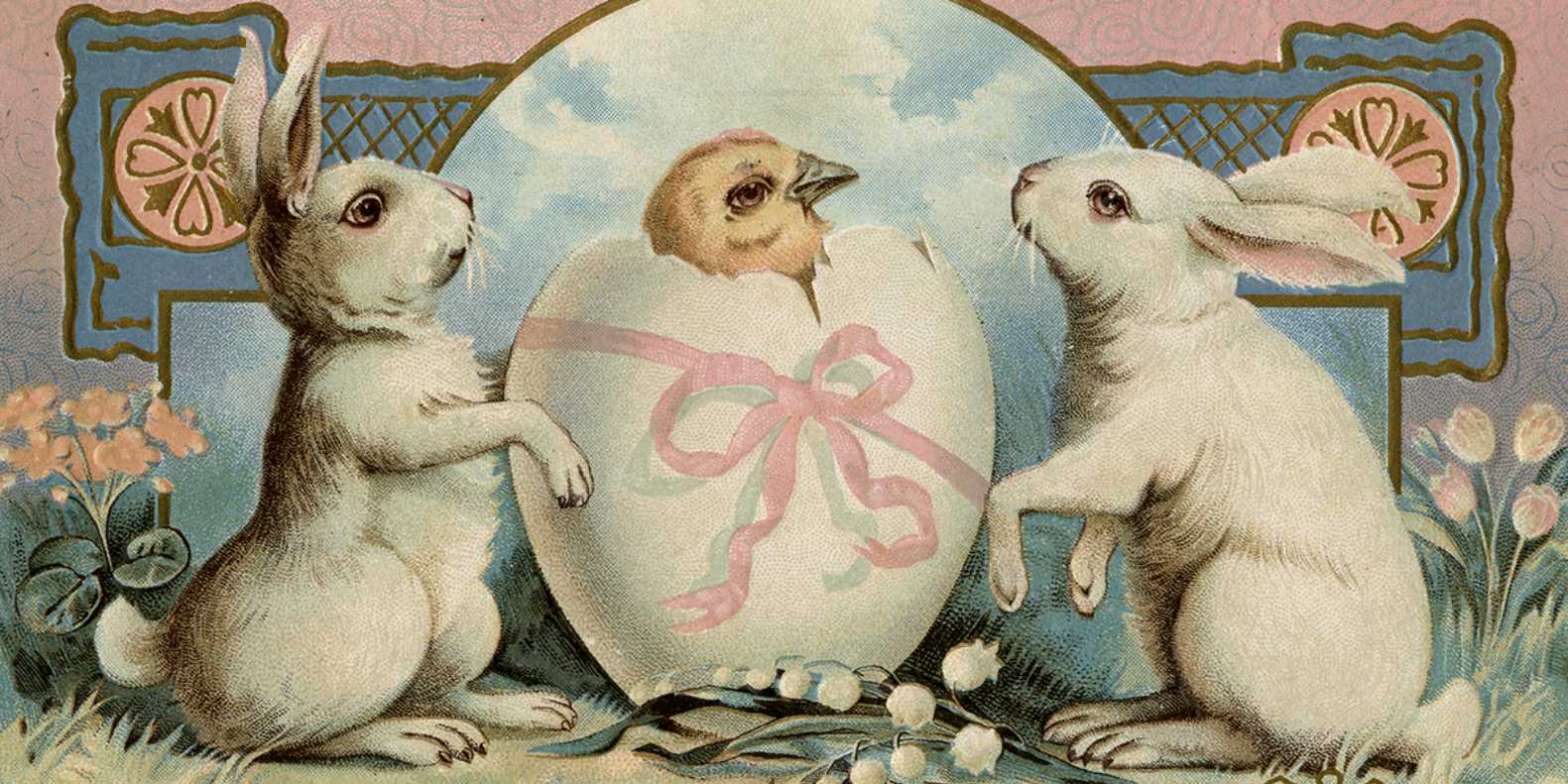 If you search the web with the word Easter, the first picture that will pop up is of a rabbit in a basket filled with colorful eggs. This tradition has been going on for so long, but people don’t seem to know why they do it in the first place.

Legends say that the Easter rabbit delivers festive treats from house-to-house every year during Easter. But why did this Legend come up in the first place?

The Bible has never mentioned anything about a rabbit delivering treats during Easter, so how did this tradition come to be? The origin is still a huge mystery for most people, and there is no specific reason that the people believe.

However, there are many theories on how Easter rabbits came to be an Eastern tradition. Continue reading below to know more about these theories.

The first theory is about the Germans. It is believed that the Easter Rabbit was first introduced to the United States in the early 1700s.

It happened when several German immigrants carried on their tradition called the Osterhase, also called Oschter Haws. This tradition involves an egg-laying hare that produces colorful eggs. Kids will then make nests for this creature and wait for the colorful eggs.

Later on, the tradition spread across the United States, and the practice evolved into the Easter rabbit who does not only deliver colorful eggs but chocolate and candy treats for the children.

Instead of nests, kids now make decorated baskets that would be filled when the Easter Rabbit comes to deliver some treats. If you want to know more, you may also check this video below.

The Connection between Rabbits and Easter 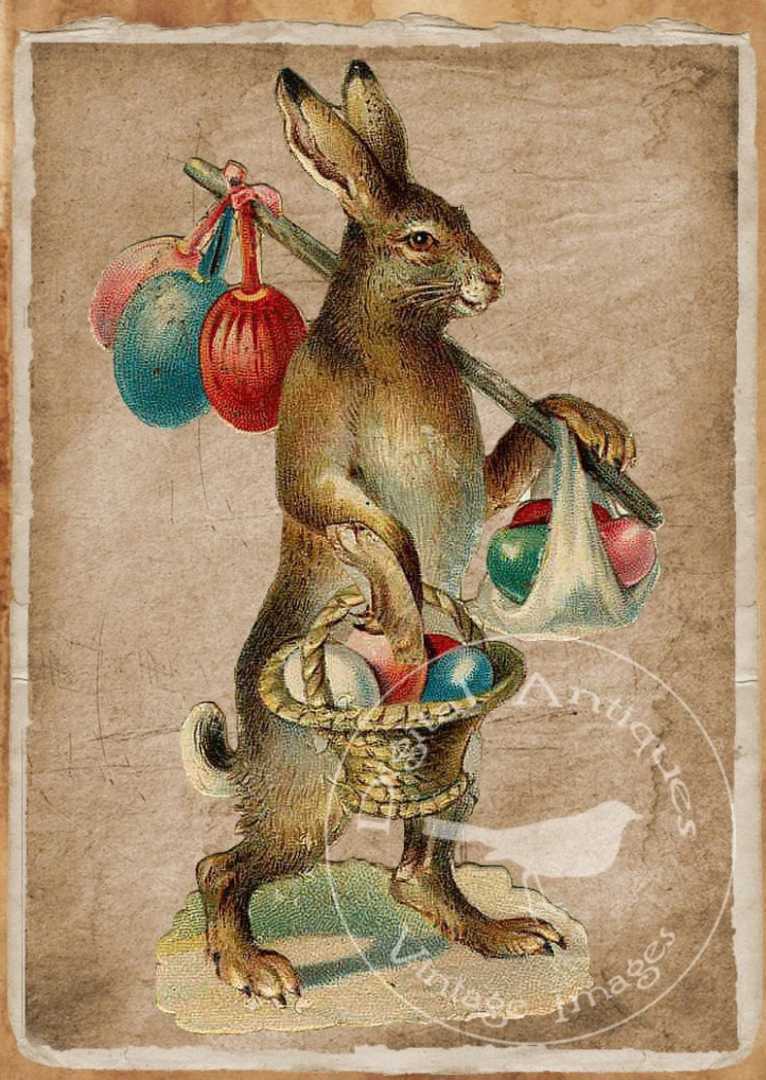 Some people may wonder why rabbits are connected to Easter and why it’s not some other type of animal. One reason for this is the Pagan festivities during springtime, which celebrates Eostre, the goddess of fertility and dawn, usually represented by a rabbit.

Many people believe that this celebration was then mixed with the Christian Easter since they both happen simultaneously. And that’s how people think that the Easter Rabbit came to be.

With its relation to springtime and fertility, the rabbit became one of the main traditions of the Christian Easter. Suppose it is mixed with the representation of eggs.

In that case, it becomes the German Osterhase, which explains why other animals are not used for this representation. The pagan and Christian traditions mixed together can explain the reason behind the Easter rabbit.

The Connection between the Easter Rabbit and Eggs 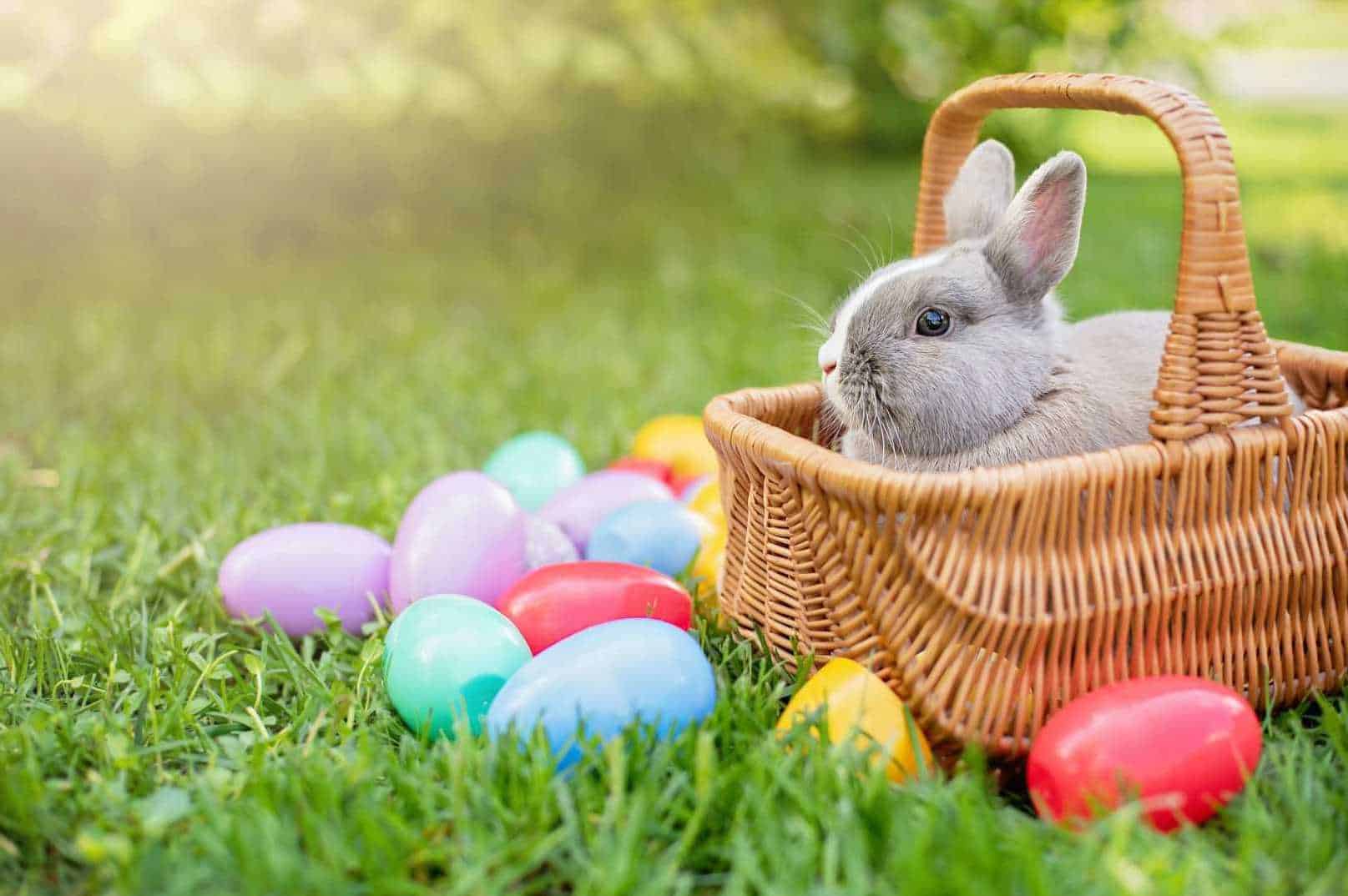 Rabbits are known to be mammals; that’s why some may be confused about why it lays eggs. Maybe it’s some miracle that can be associated with the miracle of the resurrection of Jesus.

However, that is not the case. For some Christians, the Easter eggs represent the resurrection of Jesus. Other people believe that it has something to do with iconography related to the rabbit.

During spring, pagan celebrations involve eggs, and there is no secret behind it. Like the rabbit, the egg is considered a symbol of new life and rebirth in ancient traditions.

The tradition of decorating eggs to create colorful eggs dates back to the 13th century when it was forbidden to eat eggs during the Lent season. People decorate the eggs to make it a more festive way to eat them after the Lent season and the festivities.

The Depiction of Easter Rabbit in Modern Times 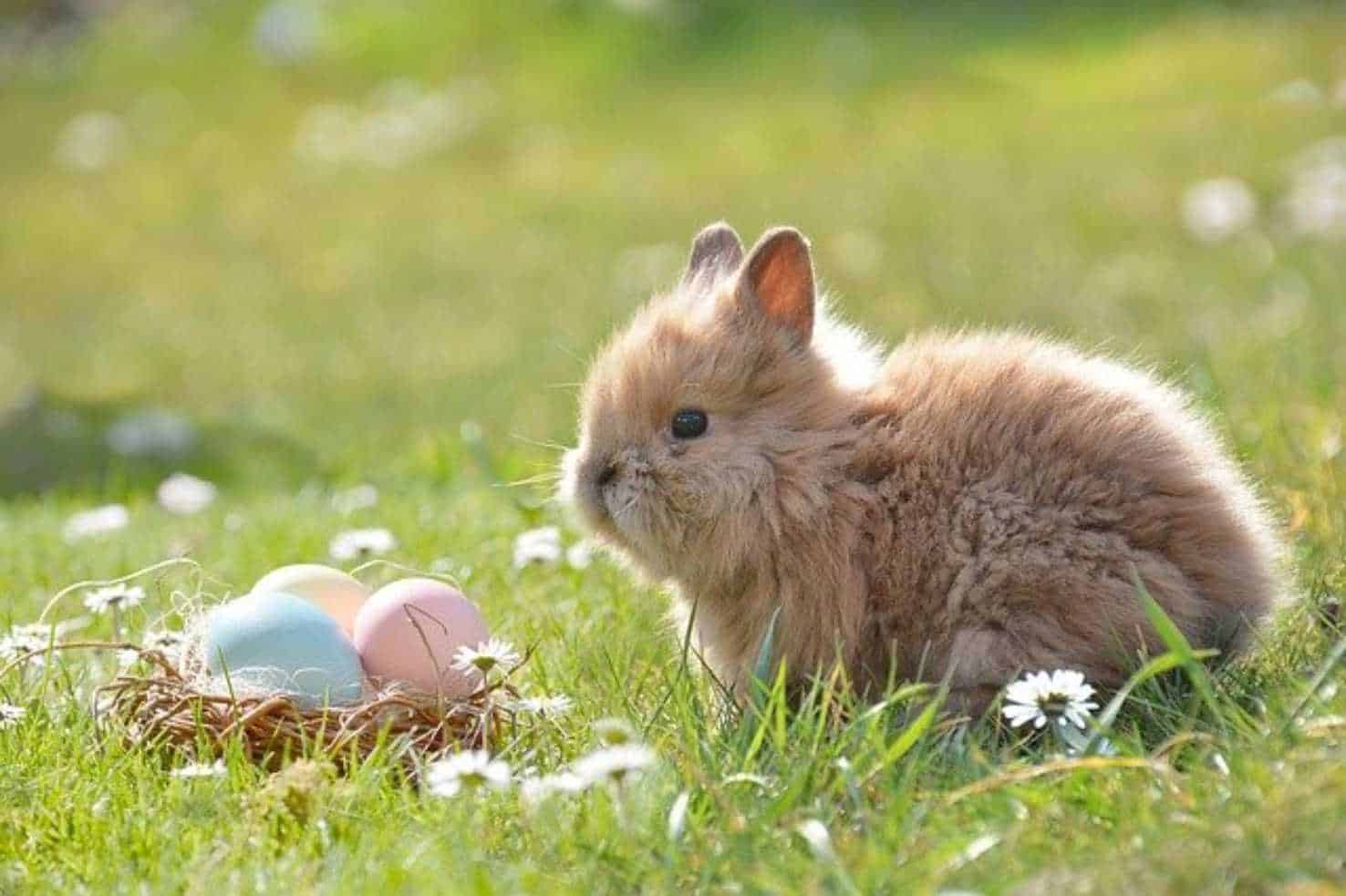 Nowadays, the Easter Rabbit and Easter eggs tradition are still very popular. Parents find it an excellent activity to go egg hunting with their children and let them experience the festivity of Easter. Many people still decorate eggs and hide them in their yard for the children to find.

The Eastern Rabbit is portrayed as a clean white rabbit in modern times. It has long furry ears and is occasionally seen wearing human clothes on its body.

You could easily spot one if you go out to celebrate Easter festivities in places such as the Eastern Parade or malls. They tend to give out chocolates and candies to children just like how Santa Claus would during the Christmas season.

Outside the United States, rabbits are not the only animals that give out treats and candies to children. Some examples of this are the Easter Bilby in Australia, Easter fox and Easter rooster in Germany, and the Easter Cuckoo in some parts of Germany and Switzerland.

Get to know some of them before you visit these countries for the Eastern festivities.

Fun Facts about Easter Rabbits and Other Traditions 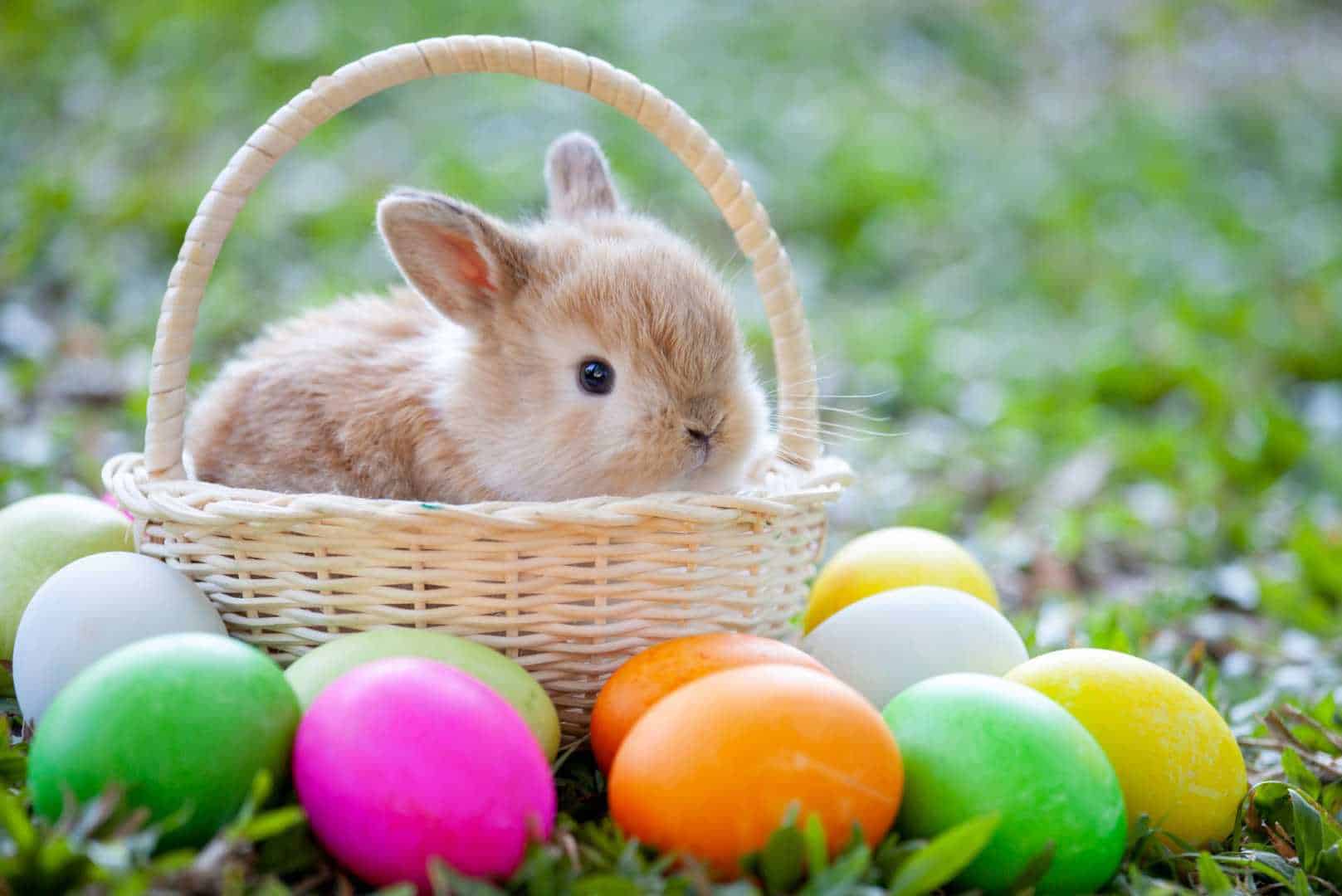 Now that you know all that there needs to be known about the Easter Rabbit, here are some fun facts about the different traditions related to Easter.

Knowing some of these facts can help you decide how to celebrate the Easter festivities and incorporate the practices on your designs come April 17 of this year.

Easter eggs are mostly made out of chocolate.

Nowadays, most of the Easter eggs you can find are made of chocolate. It’s one way to boost chocolate sales during the Easter festivities and give children some treats after hunting for these eggs.

Incorporating chocolate into this holiday can help make it more fun for kids and lessen the chances of having messy decorations.

The first chocolate Easter eggs were made in Germany and France during the 1900s. However, there is one problem with these initial chocolate eggs.

Most of them are very hard and bitter due to the original composition of chocolate during those years. In later years, chocolate techniques have improved, and they are made softer and sweeter to children’s taste.

Nowadays, since chocolate-making has advanced completely, the Easter eggs are made hollow and soft and filled with other kinds of treats for kids to enjoy.

Easter is the second best-selling holiday in the United States.

In our modern times, Easter is now the second-best holiday where candies are sold the most in the United States. The first one is Halloween. As claimed by the National Confectioners Association, Peeps and jelly beans are the most sold candies during Easter, selling more than 16 billion.

The Easter Parade is a yearly tradition that originated in the 1800s. Fifth Avenue in New York City will be filled with people who would attend sunrise services in the churches and stroll around the area later on.

This is where the idea came up, and since then, people have flocked to the streets of Fifth Avenue to get a glimpse of the Easter parade.

While there may be no apparent reason on how the Easter rabbit came to be and why it plays a massive role during Easter, it is still a lovely tradition to enjoy once a year. We hope that this article helped you learn more about the Easter rabbit.