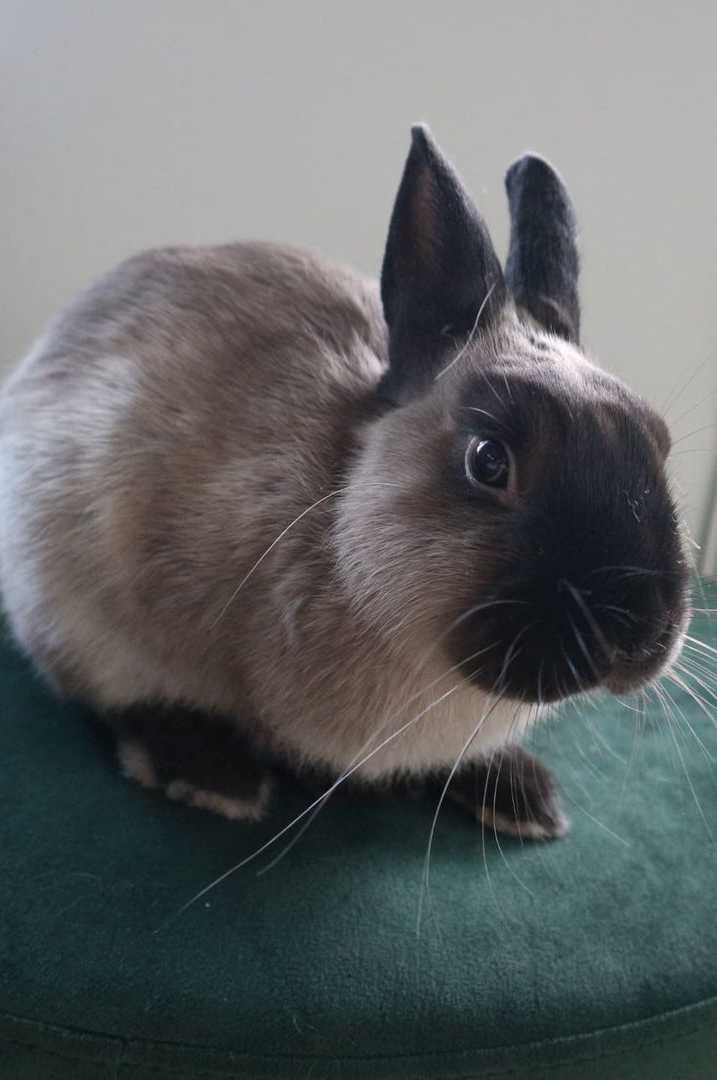 American Sables are standard in size and weight. Even with their smaller size, they have a relatively short lifespan of five to ten years. With that said, some rabbits can reach up to twelve years old when taken care of.

The American Sable rabbit is characterized by its unique fur. The ARBA has recognized the rabbit in the dark brown and sepia variation. Their coat is often compared to those of Siamese cats.

The breed is quite rare as you need to have the right genetics for them to happen. Any difference from the approved colors of ARBA, such as patches of tan, will result in the rabbit not being recognized as an American Sable but as a Silver Marten or Chinchilla rabbit.

Due to their extraordinary color hues, the American Sable has been used as a show rabbit, especially in the 1980s. Their lesser bone density also makes them perfect for commercial meat production. 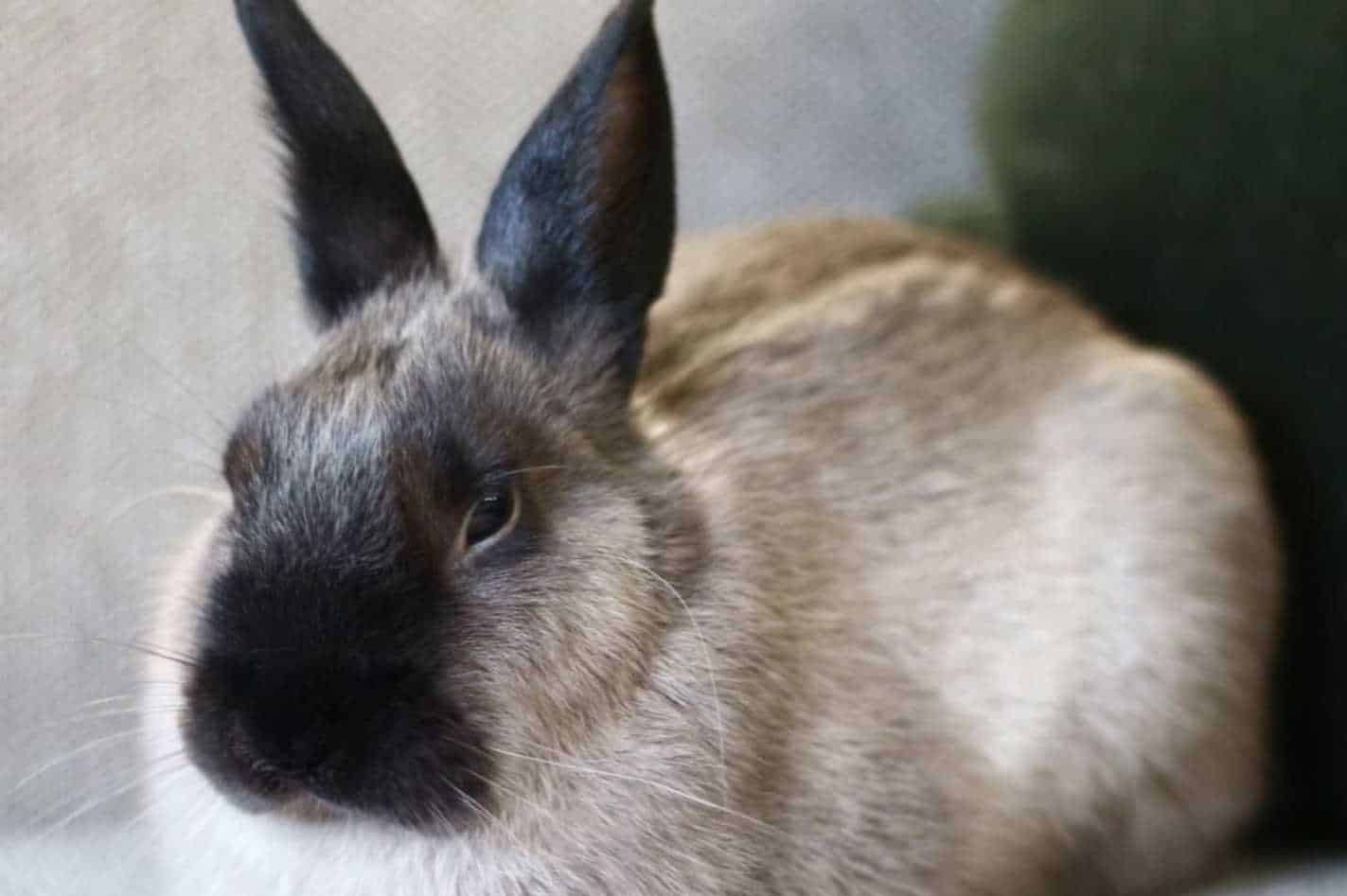 During the 30s, the rabbit has a massive decline in population. Fortunately, by the 1980s, the popularity rose again, leading to a higher number of American Sable.

For the rabbit to be considered an American Sable, it needs to have the color to be darker brown on the body ends and lighter sepia on the chest and back.

As the rabbit breed came from different types of Chinchilla rabbits, there needs to be no straying away from the color stated by ARBA. If their other color is present such as tan or other shade of brown, the rabbit will be classified as either Chinchilla rabbits or Silver Martens.

The American Sable has a standard weight and medium-sized body. The female or does has a higher body weight than the males or bucks. Their face is circular, adorned with chubby cheeks and erect ears.

They have sturdy and strong legs. Due to their lesser bone density, they can be more active and playful.

One of the most recognizable parts of the American Sable appearance is their coat. The ARBA only recognizes one type of the rabbit’s coat: the dark brown ends and lighter sepia throughout the body.

The coat of the American Sable resembles those of Siamese cats. The end of their body, such as nose, tail, foot, and ears, is relatively darker than their chest and back areas. 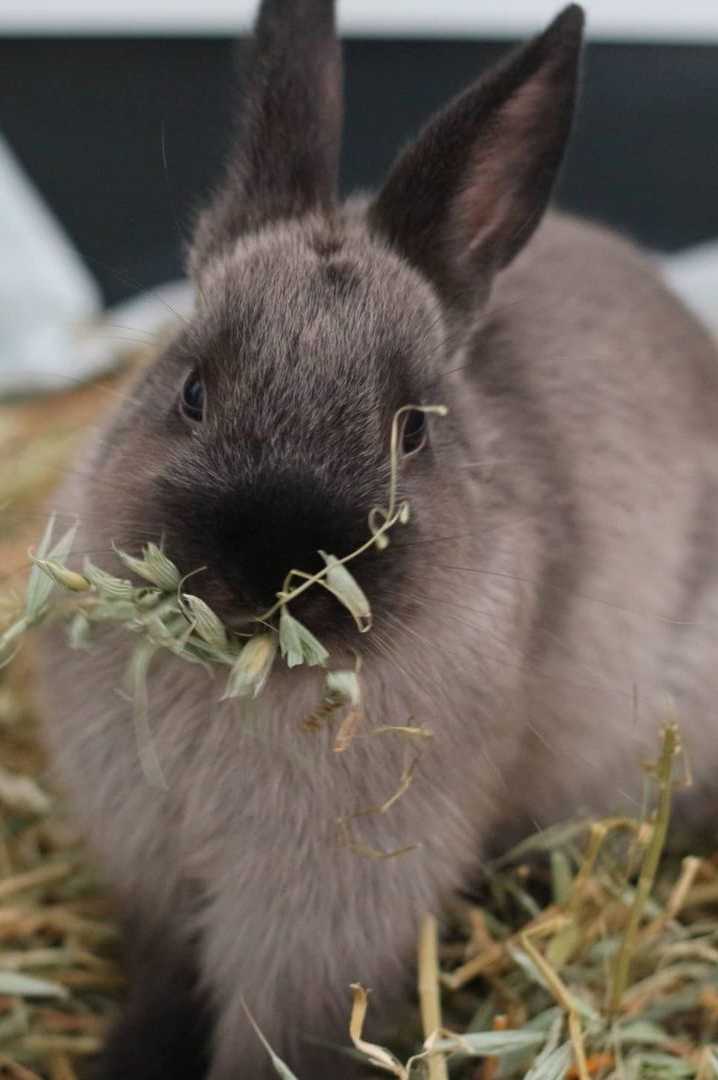 Compared to other rabbits, the American Sable is very playful. They love to hop around and be active. Without further ado, let’s dive in for a more in-depth look at the temperament of these cute and fluffy bunnies.

The American Sable is very playful. Even with their petite bodies, they can store a lot of energy to spare. If you have a space for them to hop around, then it’s great. Most rabbits need their daily dose of exercise, and the American Sable is not different.

You will need to keep them active as they love to play. Cat toys and dog squeakers can be a safe and great way for them to play.

Although, when not given attention, they tend to get curious and destructive like most rabbits. Make sure to rabbit-proof your house or crate train them.

Their constant need for exercise and playtime can hinder the elderly or people with disabilities. Make sure to keep that in mind before getting an American Sable.

Even with their playful nature, the American Sable is docile in nature. They are not generally aggressive and loves to be picked up and socialized.

The rabbit is also good with kids. As they are playful and energetic, playing and running around with kids is not a problem with the American Sable.

They love to form a bond with their carers after a long day of playing and hopping around. American Sables would appreciate being held and groomed by their owner.

As stated above, the American Sable is a playful and active breed. This sort of lifestyle can be a lot for older people. They might not have enough energy and strength to provide the rabbit with proper exercise and playtime.

This can lead to the rabbit not having the right amount of exercise, leading to more health issues. On the other hand, older people can injure or overexert themselves if they compensate for the rabbit’s needs.

If the older owner has the energy and capabilities to offer the rabbit, they can still take care of them as a pet.

With their high energy, the American Sable can have a lot of playtime with kids. They are not an aggressive breed as long as the children pose no threat. It’s best to determine if the kid is responsible enough to care for the rabbit.

Other than a few grooming needs, American Sables does not need much maintenance. Inexperienced owners can make the American Sable their first rabbit.

As American Sable is medium in size, you will not need much space to house them. Just make sure that they have the right amount of space to hop and play around. 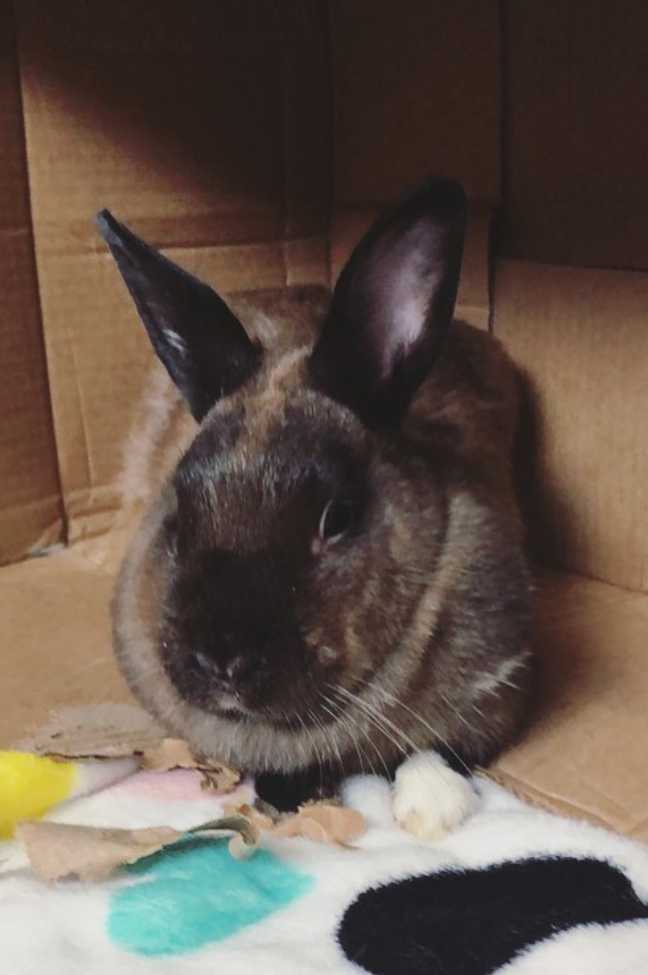 Rabbits are particularly a magnet to many diseases, viruses, and infections. Here are the most common health issues and their treatments that you need to look out for.

Due to the thick and silky fur of the American Sable, fleas can easily invade. You can do many treatments to get rid of the fleas. Vets offer sprays and oral medicine to remove fleas.

Regular grooming and cleaning of the cage will limit the risk of fleas. If there is a new rabbit, make sure it’s free from flea or mites before exposing it to others.

Malocclusion is the misalignment of the teeth. It can be painful for the rabbit and lead to malnutrition and a weaker rabbit.

Often times malocclusion is a symptom of a poor diet. To ensure that your rabbit will not have this disease, provide them with the proper food and nutrition. Placing a block of wood nearby for them to chew on will also help keep their teeth in the right length.

Since the fur of the American Sable is very dense, a large amount of loose hair is sure to be present. The loose coat can lead to a build-up in the gastrointestinal tract called a wool block.

This is often present on other furry animals such as cats. Unfortunately, rabbits don’t have the fur removing mechanism of cats leading to the blockage.

Wool blocks can cause loss of appetite and a diminished amount of nutrients. When untreated, it can lead to death.

All rabbit is susceptible to cheyletiella mites. Unfortunately, to the thick coat of the American Sable, the mites can have a better chance of clinging in their fur.

The invasion of cheyletiella mites can lead to hair loss, wounds, and itching. Ensure to treat it as soon as possible as it can lead to infections. The scars also make the rabbits more susceptible to other diseases. 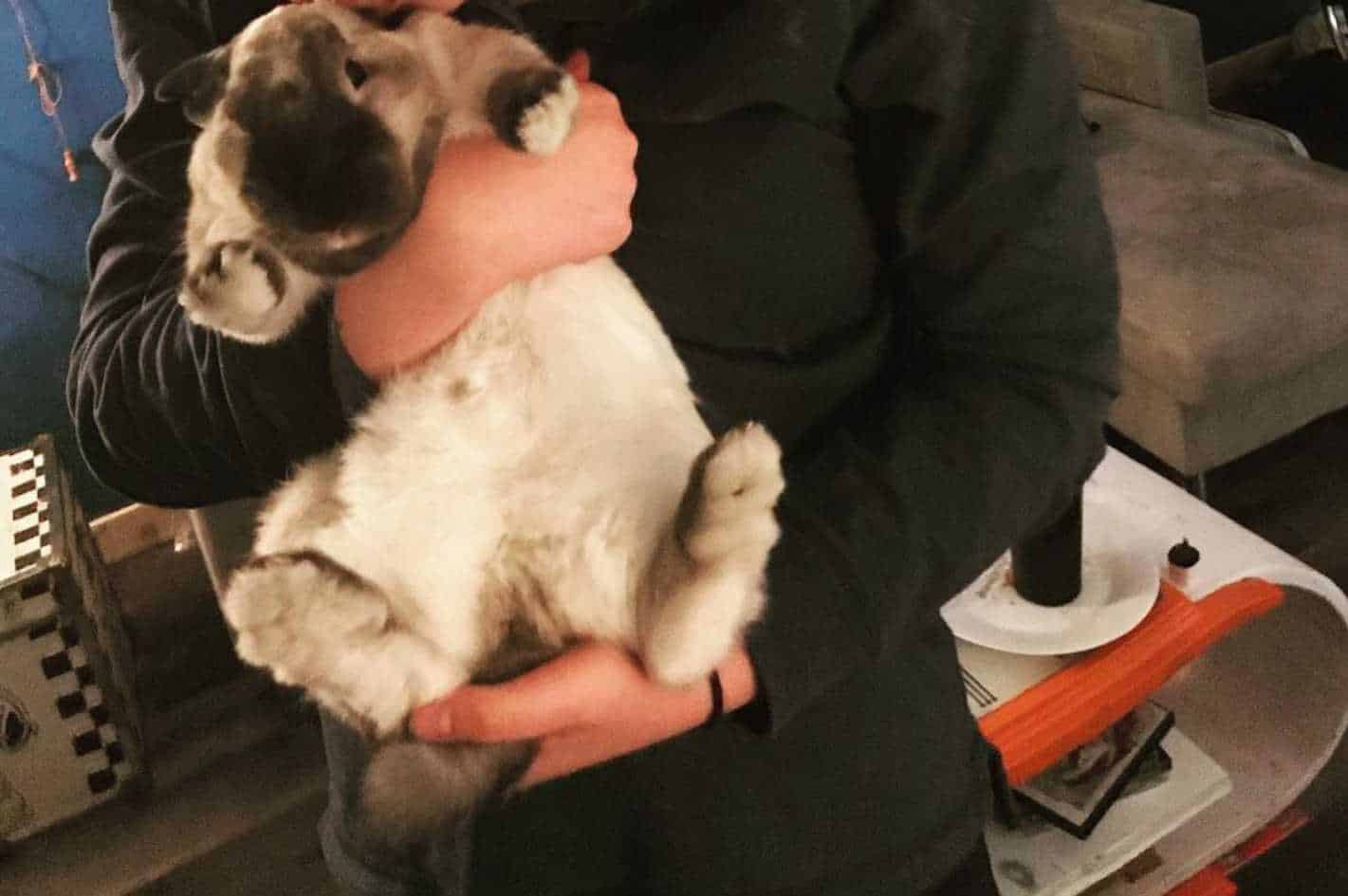 The fur of the American Sable is short in length compared to other breeds such as Angora. However, their overcoat and undercoat are incredibly dense. Owners will need to brush and groom them regularly, especially in the shedding season.

Combing their coat daily will significantly help keep their fur in tip-top condition. When it’s the molting season, brush them with a more toothed grooming brush. We recommend brushing and grooming them outside as their fur can easily stick to clothes and furniture.

American Sables are cleaned the same way as other rabbits. Most of their cleaning will be done through spot-cleaning and dry baths.

Rabbits should not be bathed with water. They are susceptible to temperature changes, so exposure to water is not ideal. It can cause stroke or heart stack in rabbits.

The diet of American Sables can be based on their age, size, and overall health.

Young rabbits or kits are rabbits that are below four months of age. During this time, they only need hay and grass in their diet. The diet is rich in fiber, protein, and calcium, perfect for the developing rabbit.

By their fourth month, you can add around five to ten percent of green leafy vegetables such as lettuce or cabbage to their diet. The remaining ninety to ninety-five percent still need to be composed of hay and grass.

Connected to diet, the rabbit will need the proper food to have the best dental health. The rabbit’s teeth will grow continuously throughout their life. To grind it down, rabbits have a diet that consists of abrasive food such as hay.

Like other grazing animals, the rabbit will thrive in open grassy areas. On average, rabbits are recorded to run around a total of three miles daily. For the American Sables to have the most active and exercised life, they will need a space to run around.

With that said, they can also live in small spaces such as apartments. Owners have to ensure that they have the right amount of exercise by playing with them with toys. Having a vast area where they can run around is also suitable for their health.

What is the American Sable Suitable For? 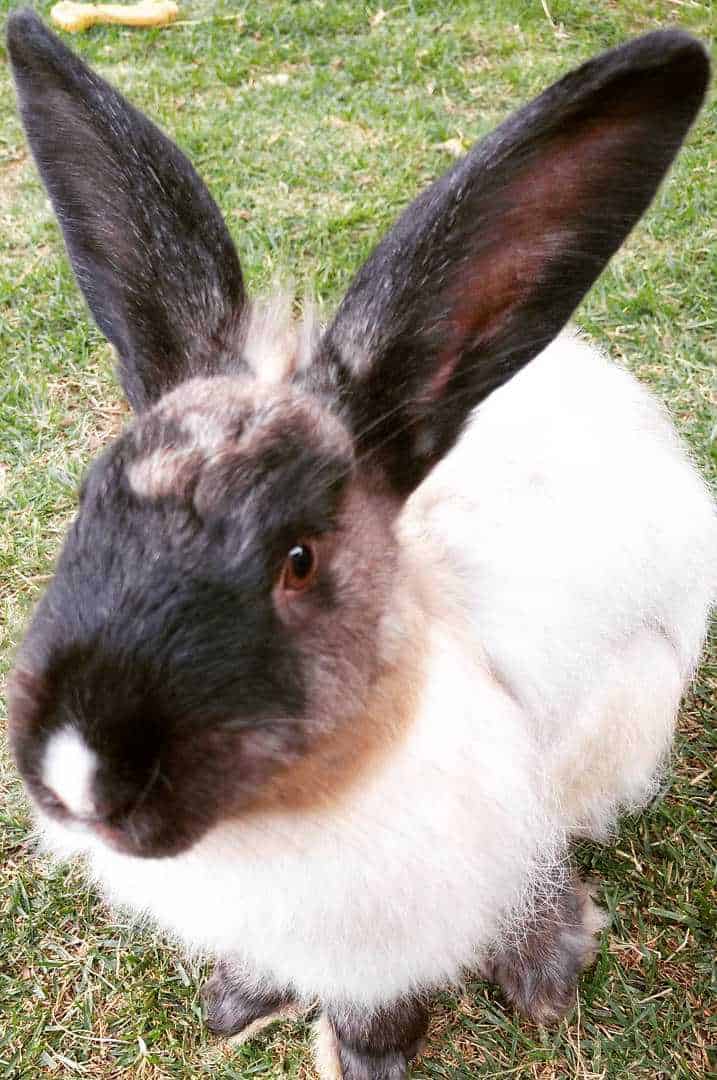 American Sables are often suitable for domestic pets, show rabbits, or commercial use. Let’s dive in deeper for their common uses.

As stated, most American Sables end up as a domestic pets. With their low maintenance nature, the American Sable can be a suitable rabbit for new and inexperienced owners as long as they can give and search for the proper care of the rabbit.

The American Sable has two perfect qualities for show rabbits: their playfulness and rare fur. With their activeness, playing and teaching them tricks can be easier than other rabbits. The hue of their fur is also eye-catching enough to stand out against other breeds.

American Sables can be used for both meat and fur production. They have a low bone density, leading to a higher amount of meat that is incredibly important when producing it commercially.

Their dense and one-of-a-kind fur can also have a high value when made for bags or glove production. Although, many breeds are more suitable and widely used for it, such as the Angora.