7 Common Reasons Why Your Rabbits Are Fighting?

No matter how adorable, calm, and gentle your rabbits look, they still fight. There are 7 Common Reasons Why Your Rabbits Are Fighting. In this article, you will learn the most common causes of a rabbit fight, how to deal with and how to avoid it.

How to Know if Rabbits are Fighting? 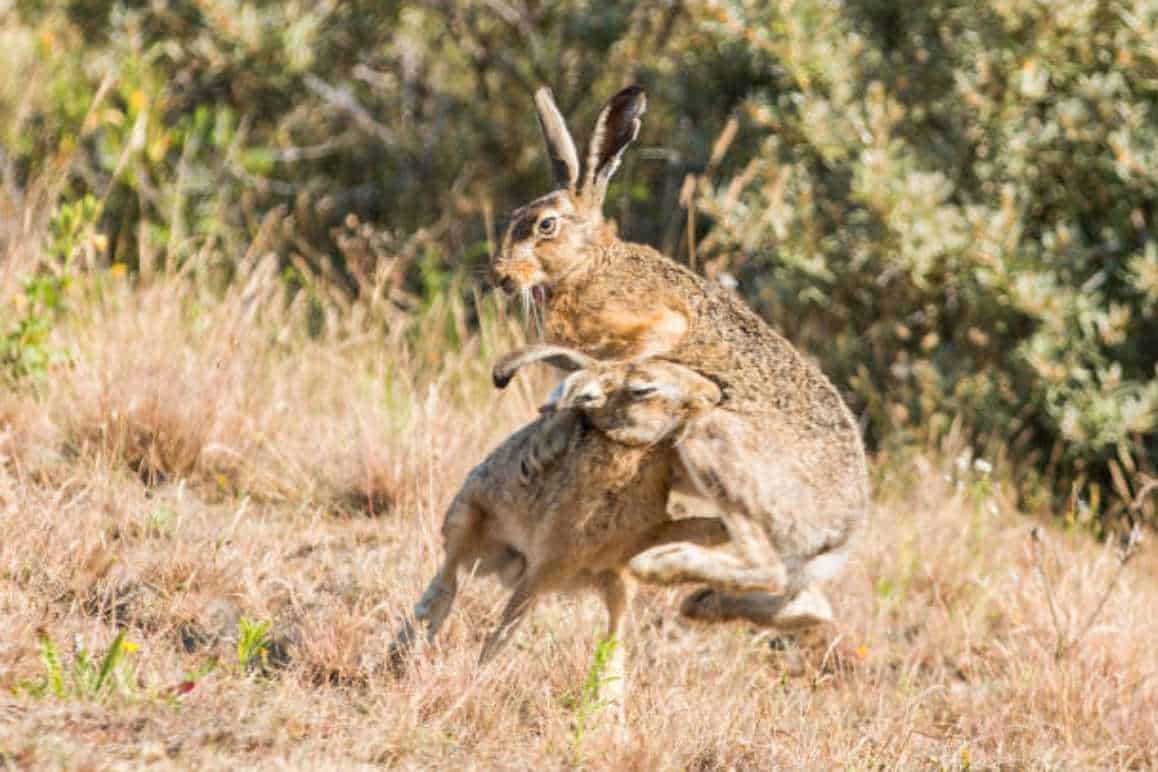 Rabbits’ behavior that includes but is not limited to chasing, mounting, and biting can all be attributed to the rabbits being playful, or they might just be fighting. Here are the critical differences between rabbit playing and rabbit fighting.

Rabbits are naturally playful unless they have some medical problems or they are of old age. Here are some indicators of a friendly rabbit playing:

On the other hand, you will know if a rabbit is angry and is about to fight if they intentionally and aggressively charge its opponent. This behavior includes the following:

Thus, it is important that you must know your rabbit’s behavior and mannerism. Also, you must be aware of their warning signs. Here’s a sample video of rabbits fighting.

What Are the Warning Signs of a Rabbit Ready to Fight?

If you are already familiar with your rabbits’ behavior and personality, you must take note of the signs that they are about to get into a fight.

Irritated, intimidated, and annoyed rabbits have flat ears instead of the relaxed ear.

If you already see your rabbits having a stiff tail and holding it, you must start separating them even if they have not started the fight yet. If a rabbit holds its stiff tail, it is almost about to make a fight.

It might be fun to see your rabbits standing, but once they stand up and lift their front legs, immediately stop their momentum to prevent them from fighting the other rabbit.

They might look fantastic when they stand up and are ready to box, but it is not fun that your rabbits may get some injuries from fighting each other.

What causes rabbits to fight? 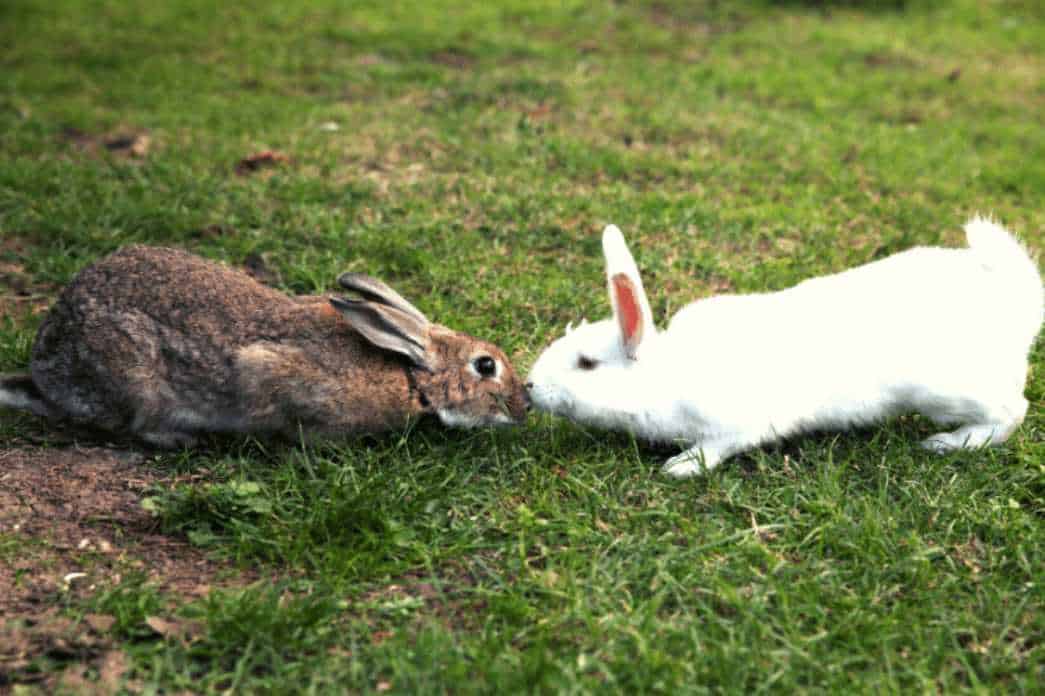 Your rabbits might have plenty of motives to fight with each other. Here are the reasons why they fight:

Your rabbits’ hormones play a vital role in the rabbits’ behavior. Most of the time, it is the leading cause why they start fighting after being bonded for a long time.

It doesn’t matter if your rabbits are all male or all female. They will still fight with each other. This is the reason why you need to neuter and spay the rabbits. Otherwise, they will be in constant fighting.

They fight for their territories.

If you have new rabbits and would like to introduce them to your existing rabbits, you must let them meet on a neutral ground. Do not put the new rabbits immediately into the current rabbits’ hutch or pen. This will only cause them to fight each other.

The existing rabbits may feel like they are being invaded and need to protect their territories. On the other hand, the new rabbits need to defend themselves.

Thus, do not be surprised if existing and new rabbits fight each other as one needs to protect its territories while the other needs to defend itself.

Rabbits are not born dominant. They, however, might have possessed or have developed traits and characteristics that help them attain to lead the herd. Unfortunately, these characteristics are not simply vested in one rabbit only but most rabbits.

Once the rabbits reach their age of maturity, they tend to become more sensitive and quickly get irritated.

If you have rabbits already in their age of maturity, you must separate them from the younger rabbits, especially those months-old rabbits who are too active and too playful.

These younger rabbits’ energetic and playful personalities will stress and irritate the older rabbits. The older rabbits may end up fighting against the young ones.

This behavior goes back to who wants to be more dominating. This is normal in a rabbits’ herd.

If one of the parties does not want to get mated, they will start a fight. This is a very standard defense mechanism. Even humans do it. If this happens, you should separate the male from the female rabbits.

In some cases, giant old rabbits are also being bullied by the smaller rabbit breeds. Thus, to avoid this, you must separate and classify the rabbits according to their sizes.

What to Do to Break the Rabbits Fighting? 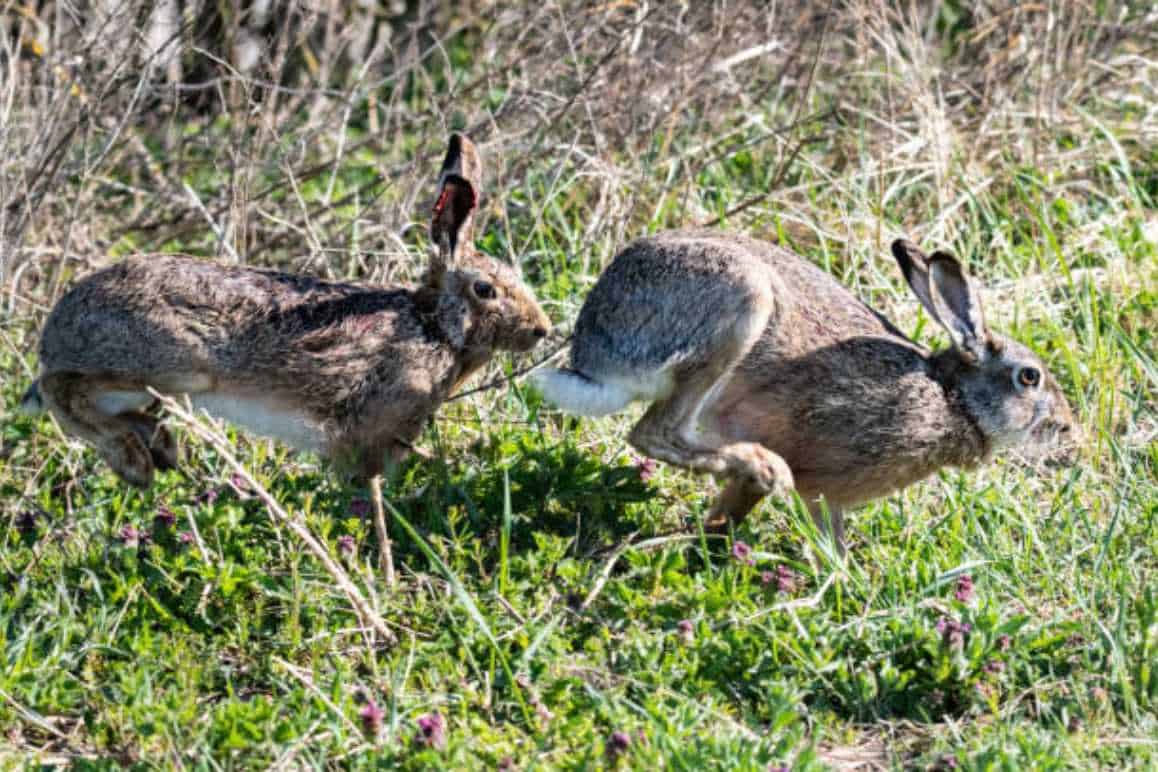 Do not panic if you see your rabbits fighting each other, as this is normal. Instead, please do your best to break them for your rabbits not to get injured from fighting. But do not simply pick the rabbit and put it back into their hutch.

Instead, create or make a sudden noise to break the rabbits fighting. Once you get their attention, pick them up. But be cautious. Wear a thick glove or wrap them in a towel or cloth for you not to be bitten or scratched.

Keep the rabbits separated by containing them in different hutches. Do this until you can re-bond the rabbits.

The last thing you should do is check if your rabbits are injured. If they are, apply first aid, or bring the rabbits to the vet to have them checked, depending on the gravity of the injury or the wounds.

How to Prevent Rabbits from Fighting with Each Other? 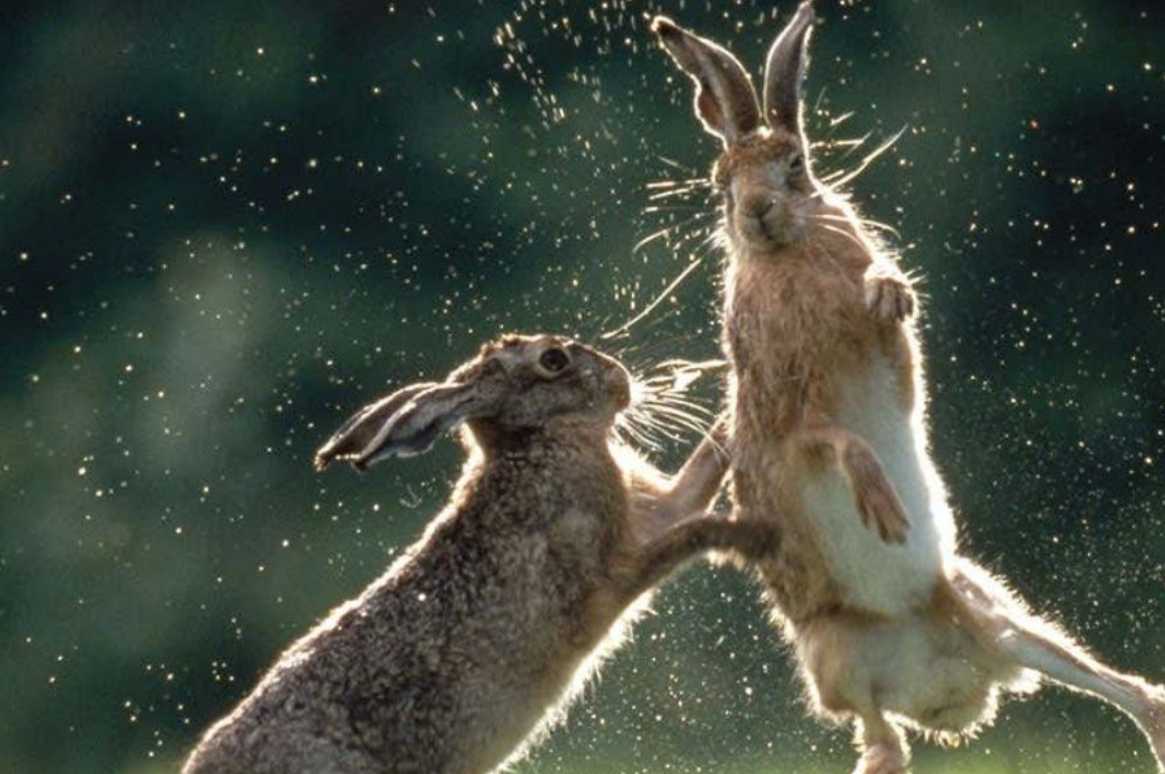 Preventing rabbit fights is easy, granting that you are familiar with your rabbits’ personality, attitude, and characteristics. It becomes easier if you know the root cause of why your rabbits are fighting. Follow the steps below to prevent your rabbits from fighting each other.

Spay and neuter your rabbits.

Your rabbits will benefit a lot when you spay and neuter them. They will become less aggressive and less territorial. Thus, the possibility of your rabbits fighting will also be lessened.

Moreover, there are also several benefits when you spay your rabbits. Female rabbits will have a lesser risk of getting ovarian cancer, uterine cancer, and even mammary cancers.

After spaying and neutering your rabbits, you may start to reintroduce them to each other. However, you need to wait around four weeks before the surgery before introducing them again.

Take note though, male rabbits may still show the same personality and behavior up to six weeks from the surgery. However, you need to do this on neutral ground where the rabbits haven’t marked their territories yet.

Separate the smaller breeds from the larger breeds.

Separating your smaller rabbit breed from medium and larger breeds will give your rabbits a pleasant living experience. Most of the smaller breeds are known to be gentle, calm, and friendly. This will also lessen the chance of your rabbits getting bullied.

Separate the older rabbits from the younger rabbits.

Smaller rabbits’ sky-high energy is a big no to the older rabbits. Also, the playful personality of the smaller rabbits will irritate the old rabbits, who want nothing but space and peace.

Separate the males from the females.

Separating the rabbits by their gender will lessen the probability of them fighting. However, before you follow all the possible ways to prevent your rabbits from fighting each other, you must also consider their conditions.

For your rabbits to stop fighting, you must learn their behavior and house them according to their age, size, personality, and gender to prevent them from fighting each other. May the seven reasons your rabbits are fighting help you better understand your rabbits.