What’s Going On? The Rabbit Has A Wry Neck

Whenever you see a rabbit, you would probably find them doing something or moving around. However, if you see your rabbit looking or acting unusual, something might be up.

If a rabbit happens to tilt its head to the left or right, then it might have a wry neck. What is this exactly? And how will this affect the rabbit?

What Are The Symptoms? 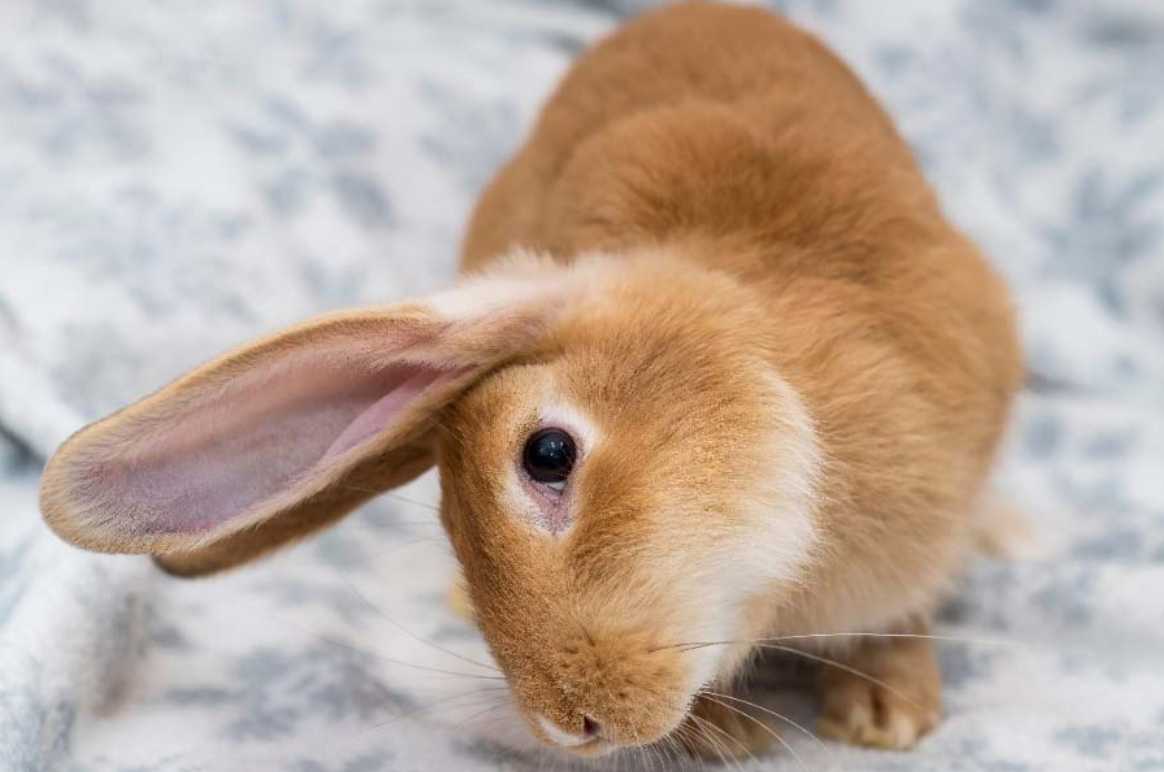 A wry neck is a condition that some rabbits develop. It has something to do with the rabbit’s neck tilting sideways. It is also called Torticollis.

Torticollis does not happen to the rabbits overnight. The rabbit might have been exhibiting this without you noticing at all. There are some instances when the head tilting starts rather subtly, making it hard to figure out what’s going on.

Apart from the obvious head tilting, there are other things you can check to see if the rabbit has a wry neck.

Is The Rabbit Walking Normally?

If the rabbit has a tilted neck, it might have difficulty walking. Due to what’s happening to its neck, a rabbit might not even walk at all. If it tries to get up or walk, there’s a high possibility of falling or rolling.

If the rabbit can still walk, try to look at the way it walks. If they appear wobbly or disoriented, then that’s probably due to their neck condition.

Is Something Wrong With The Rabbit’s Face?

A rabbit’s eyes can tell you a lot of things. If they have a wry neck, their eyes might also be affected. If there are abnormal or uncontrollable eye movements, it could be one of the many signs that the rabbit has a wry neck.

Apart from the eyes, Torticollis also affects the face. If the rabbit exhibits any signs of facial paralysis, it means that the nerves have been affected.

Are They Eating Normally?

If a rabbit is suffering from a tilted neck, it can also affect its eating habits. The rabbit might have difficulty eating. If they can feed themselves, there’s a possibility that they might get nauseous.

Since they struggle with eating normally, they might opt to eat less than they usually do or not eat at all. If this happens, it could make things even worse. They can develop dehydration, anorexia, and other major health issues.

What Are The Causes? 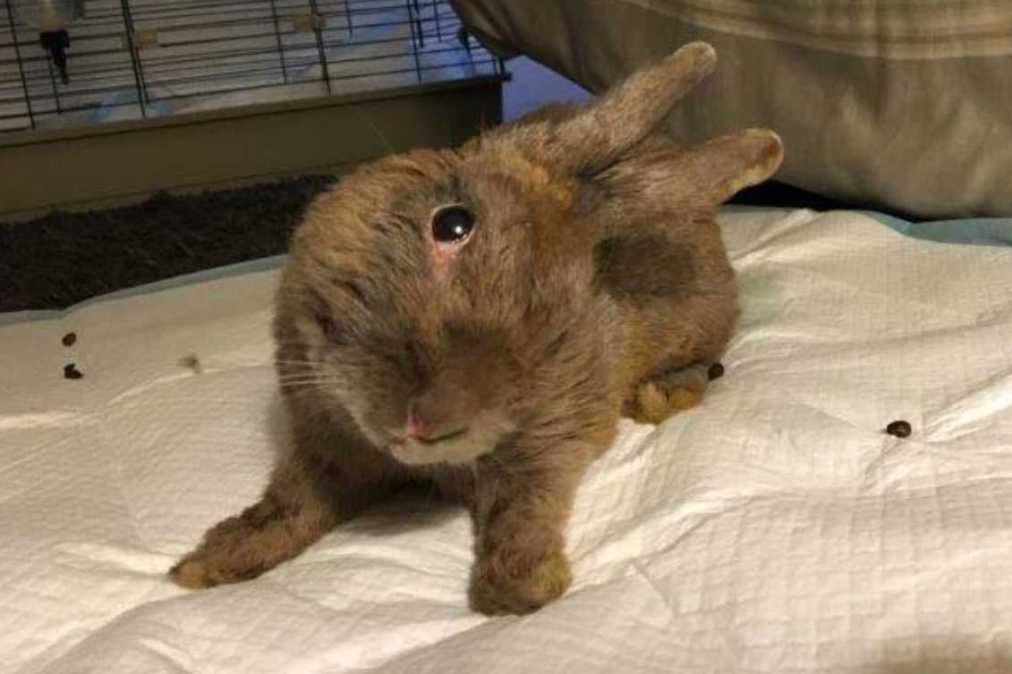 There are a couple of possible causes why a rabbit has a wry neck. Once your rabbit shows any symptoms of a wry neck, you should take it to a veterinarian.

Figuring out what is causing this problem is not as easy as it might look. The veterinarian will look into different possibilities. Here are some of the usual reasons why this is happening to the rabbit:

Is It An Ear Infection?

An ear infection might be the one of the reasons why the rabbit’s neck is tilted. The infection often occurs in the middle or inner ear. Ear infections usually develop due to a bacterial infection of either the upper respiratory system or the outer ear. Here are the bacteria most likely to be the culprit of the ear infection:

There are some ear infections caused by yeast infection as well. The veterinarian would probably suggest doing some tests. They would probably take a specimen from the ear and send it to the lab for infection confirmation. Regardless of what’s causing the infection, it needs to be treated as soon as possible.

Is It From Another Infection? 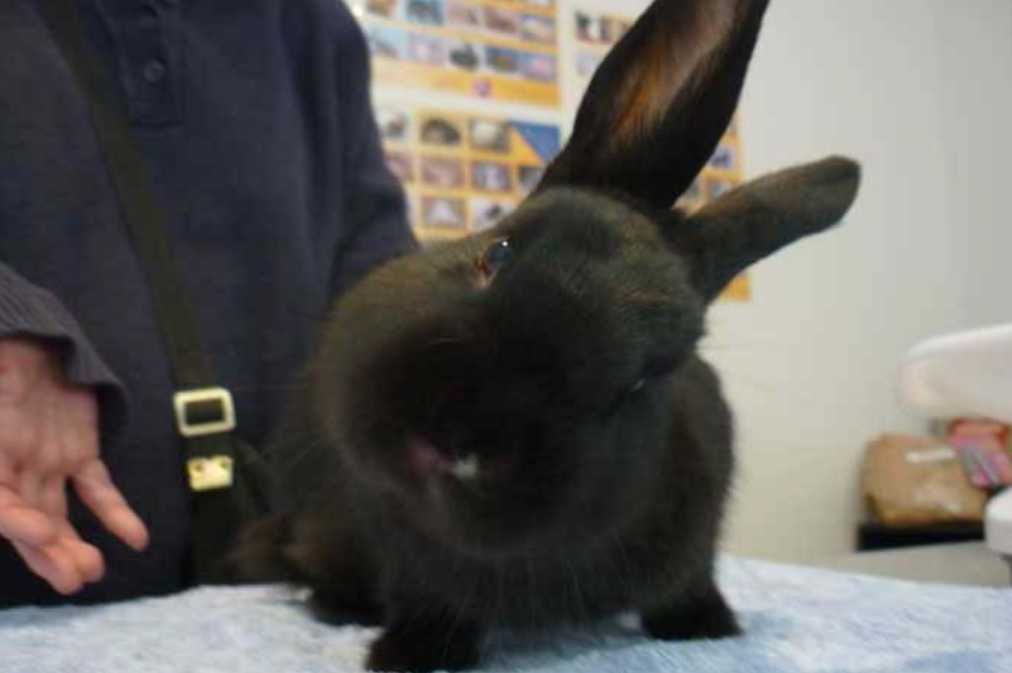 It’s fairly common for rabbits to develop abscesses. These can occur in any part of their body. If the abscess develops in certain parts of their bodies, it can lead to a wry neck. If they have an abscess in either the ear, tooth, or eye, it would most likely affect their neck, leading it to tilt.

The abscess that develops near or by the ear canal can affect the rabbit’s balance, causing the head to tilt. If the rabbit has a serious tooth abscess, it needs to be removed as soon as possible. The head tilting and other discomforts won’t be gone until the tooth has been extracted and treated.

Is It From Ear Mites?

Rabbits are not immune to ear mite infestations. The one responsible for the infection is the parasite Psoroptes cuniculiis. This parasite can invade either or both ears.

This infection also can possibly spread to other parts of the rabbit’s body. Scales and lesions would usually appear in the ear. If it progresses and is left untreated ASAP, they can lead to severe infections.

When the parasite has infected the rabbit, there will be a lot of itching around the head, neck, and ears. There might also be some pain which can be annoying and bothersome.

Since they can’t touch the insides of the ears, the rabbit would find ways to ease the discomfort. They would probably try scratching their ears or tilting their heads. They would also tilt their heads just to feel a little relief.

Is It From A Serious Disease?

A rabbit’s wry neck might be due to something very serious. If the rabbit has been infected with Encephalitozoon cuniculi, then it’s something that can’t be ignored. It’s an infection that affects different parts of the rabbit’s body like the nervous system, ears, and kidneys.

A rabbit can get infected by this parasite in two ways:

When a rabbit has Encephalitozoonosis, the parasite attacks the nervous system. It then leads to the development of neurologic diseases such as torticollis.

What Are The Treatments? 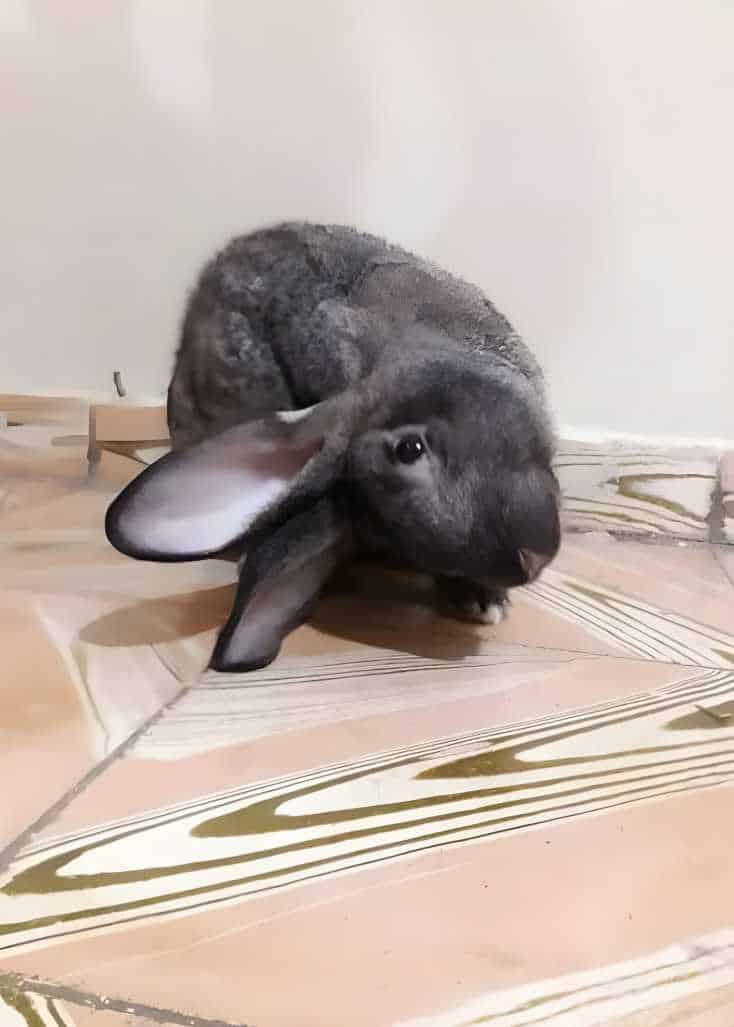 When you take a rabbit with a wry neck to the veterinarian, they won’t be able to tell you the exact cause as soon as you walk in. It’s often difficult to diagnose without proper testing. However, the vet should recommend the proper and right treatment once the cause has been identified.

The  animal doctor will  prescribe ear drops if the head tilting is due to an infection. However, in severe cases, they would be required to give antibiotics or steroids. It all depends on the gravity of the infection and inflammation.

When the neck tilting is due to an abscess, the veterinarian will opt for an antibiotic or surgery. However, it depends on the location of the abscess. The rabbit won’t be able to feel any relief as long as the abscess exists.

As for  Encephalitozoonosis, there have been no established direct cures yet. However, there might be some long-term care and treatment plans that the veterinarian might recommend.

You just have to follow through and hope for the best. Some medications can help with the management of this disease. However, don’t forget that this infection is not only contagious to not only rabbits but to vulnerable human beings.

Dealing with ear mites won’t be too difficult unless the infection is severe. There are medications available to help treat this infection. You should seek the help of a vet in figuring out the right medicines. If the rabbit is treated with something that the rabbit is not compatible with, it can lead to something fatal like death.

How Can This Be Prevented? 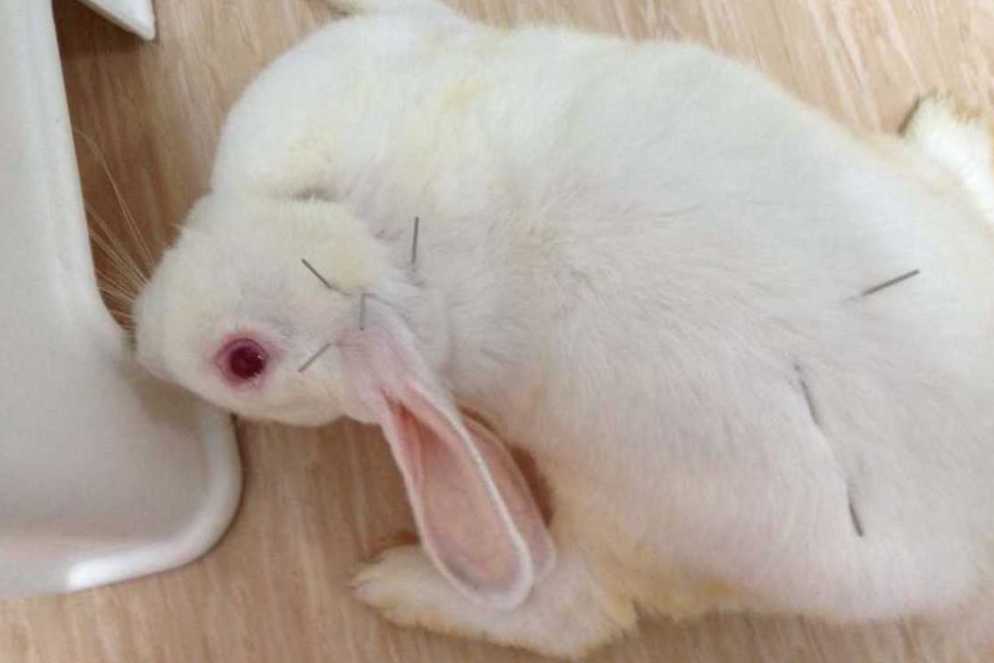 Cleanliness plays a huge part in keeping infections away from rabbits. While you might not be able to foretell what will happen to the rabbits, it’s important to give them a safe, clean, and healthy living environment.

You should also be able to feed them well. If there are vaccinations that they need to get, book the appointments ASAP so they can be protected from potentially deadly diseases.

As a rabbit owner, you should know how to handle them with care. If you want to keep infections like ear mites and Encephalitozoon cuniculi at bay, you should keep your rabbits away from potential parasite hosts.

If you are letting your rabbits hang out with other people’s rabbits, be it for mating or other purposes, you should check if the other party has any health issues. You don’t want your rabbit getting infected by others.

If you have a new rabbit, you should isolate and observe them first. You should watch out for any signs and symptoms of diseases. If they don’t exhibit any health risks, then that’s the time you let them join the rest of your rabbits.

Perhaps one of the biggest mistakes you can make is to ignore the rabbit’s wry neck. While it might not seem serious at first glance, the truth is, it can lead to catastrophic consequences. If you see any sign or symptom, you should take the rabbit to a trusted vet for a consultation!  Act now before it’s too late!