Where Do Rabbits Go In The Winter?

The changes in season can affect an animal’s behavior. It is particularly true for rabbits. Have you ever wondered why you don’t always see them in the wintertime?

Where do they exactly go during the winter? Well, if you want the answer to this, here’s everything you need to know about this matter!

Rabbits In The Wintertime 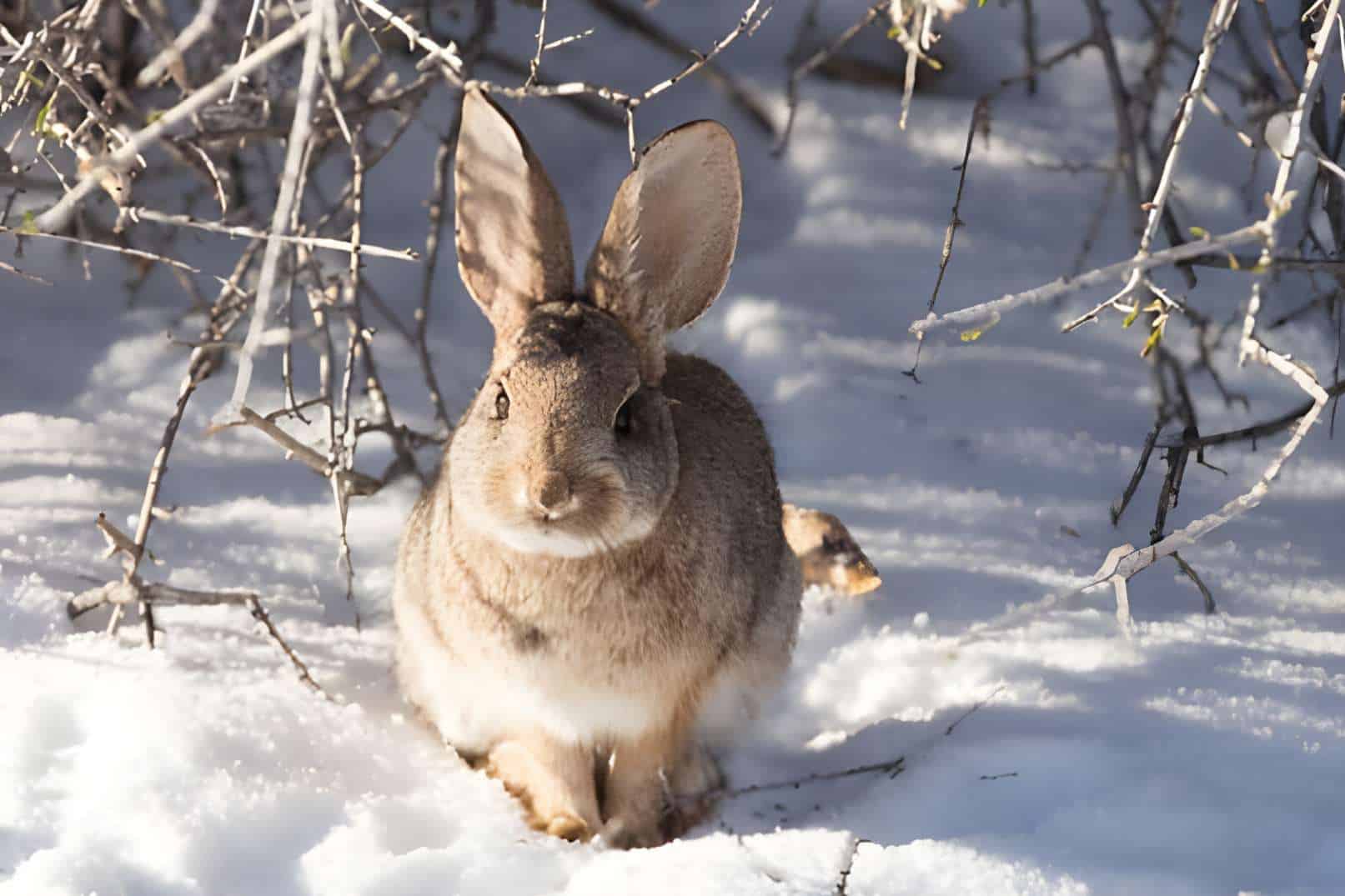 During winter, some animals either hibernate or migrate. Some even do both. However, that is not the case with rabbits. Instead of sleeping through the winter season or moving elsewhere to escape the code, rabbits just stay where they are.

They would usually stay at home. It’s either they dig their burrows or find shelter. Sometimes this can be hard, given how everything would be engulfed by snow. They learn to adapt to the changes around them.

Apart from the cold, one of the major challenges that rabbits face during winter is how to feed themselves. If they are out in the wild, foraging for food during this time is difficult.

They have to get out of their shelters to find food. In some cases, it is often hard for some rabbits to survive because of the cold and the lack of food.

Survival 101: Rabbit Preparation For The Winter 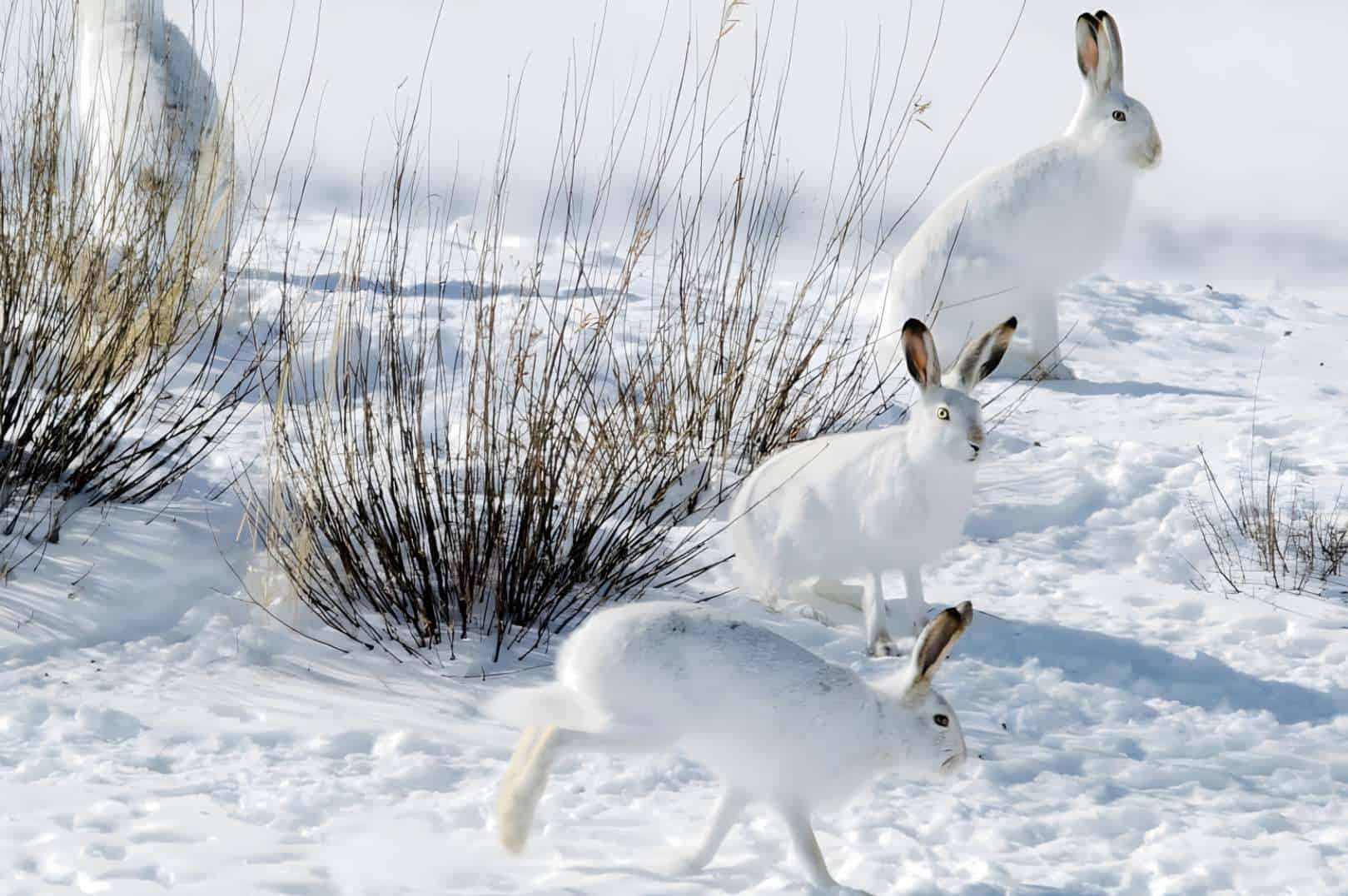 Before the winter season arrives, rabbits would make the necessary preparations. They need to prepare and make adjustments before the temperatures drop and before the snow comes.

Growing their coat is one of the most important things rabbits need to do before winter arrives. During the cold winter, their coats would give them warmth and protection. While their fur thickens in the winter, rabbits can easily shed them during the spring and fall seasons.

If the rabbit’s coat is not thick enough, they might find themselves suffering from hypothermia. If their temperatures fall anything below 101.°F, then that could be categorized as hypothermia.

Apart from low temperature, the rabbits might also exhibit other symptoms such as shock, shivering, and distress. They might feel weak due to the lack of low energy.

A rabbit’s coat is one of its natural defenses against the cold. At first glance, you would probably think that what you see is what you get. However, that is not the case with the rabbit’s fur.

Their fur is made up of several layers. These layers – Guide Hair, Guard Hair, and Down, all play important roles in keeping the rabbits warm during winter.

If rabbits want to have more energy and heat in the winter, they need to build their fat layer before then. During the warmer months, rabbits eat as much as they can.

With the abundance of food during the summer, they can feed themselves as much as they can. They will then develop another layer of fat, referred to as “brown fat”

It’s ideal for rabbits to have extra brown fat storage in their bodies. When things get tough in the winter, their brown fat can help them, including when their body temperatures drop. 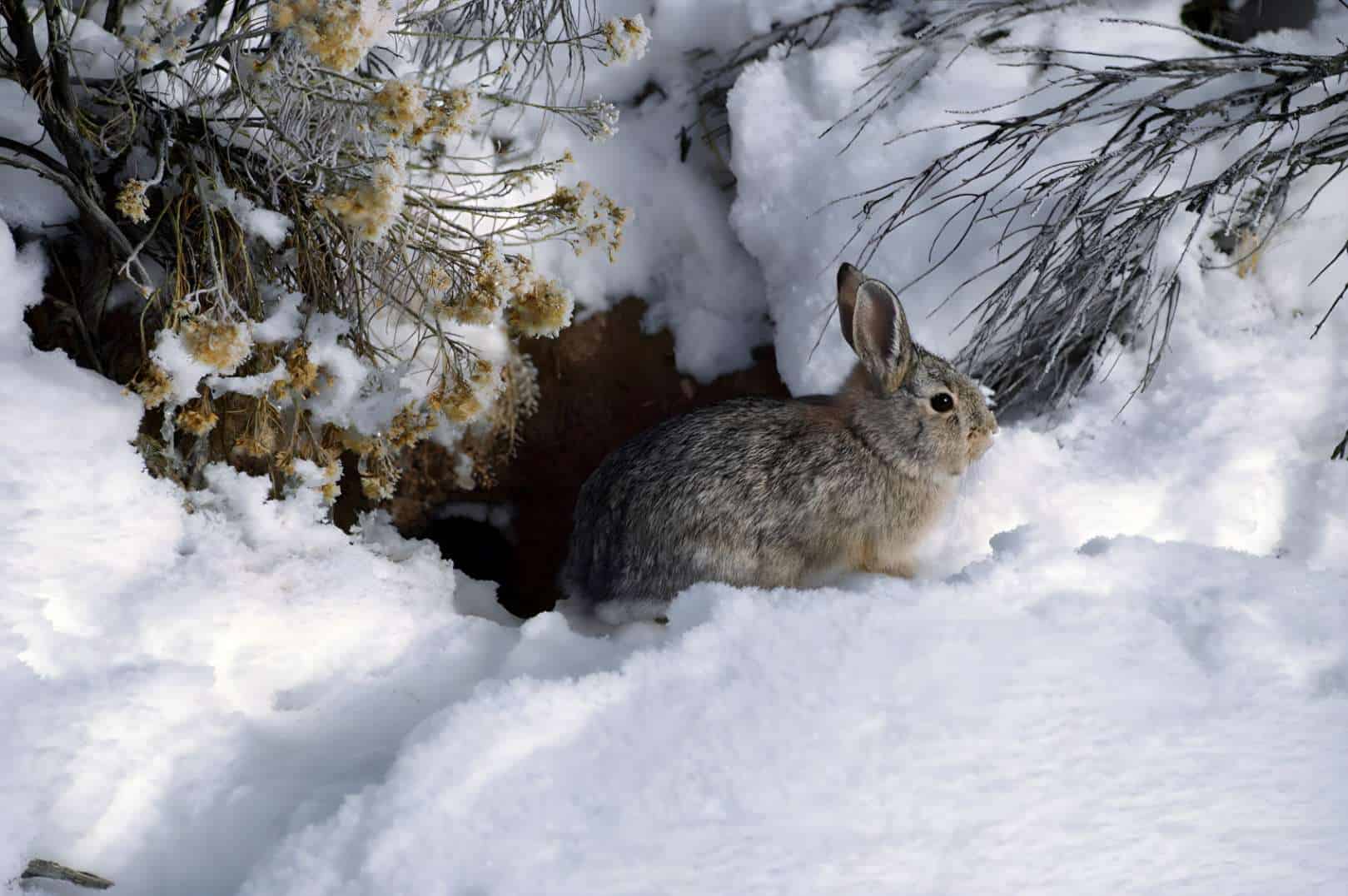 As mentioned, rabbits are not the types to hibernate or migrate. Before the harsh winter arrives, they need to find a place that can shield them from the cold. They also need shelter that can protect them from predators. Hence. They need a safe place to live during this season.

Rabbits have the innate ability to dig or build burrows. It’s just something that comes naturally to them. They should consider scouting for the best locations for their burrows.

They would usually find a place that’s near their food sources. If they are closer to their sources, they don’t have to travel far and wide to get food.

Some rabbits even group themselves and live together. They live in warrens which are like a network of connecting burrows. One of the great things about burrows or warrens is that the more rabbits there are, the warmer it is. The rabbits can bounce off each other’s body heat.

Rabbits also find other ways to insulate their burrows. They would find twigs, grass, and other materials that help with the burrow’s insulation.

Apart from burrows and warrens, some rabbits also consider other places for their winter shelter, such as hollow trees.

Changes In The Diet 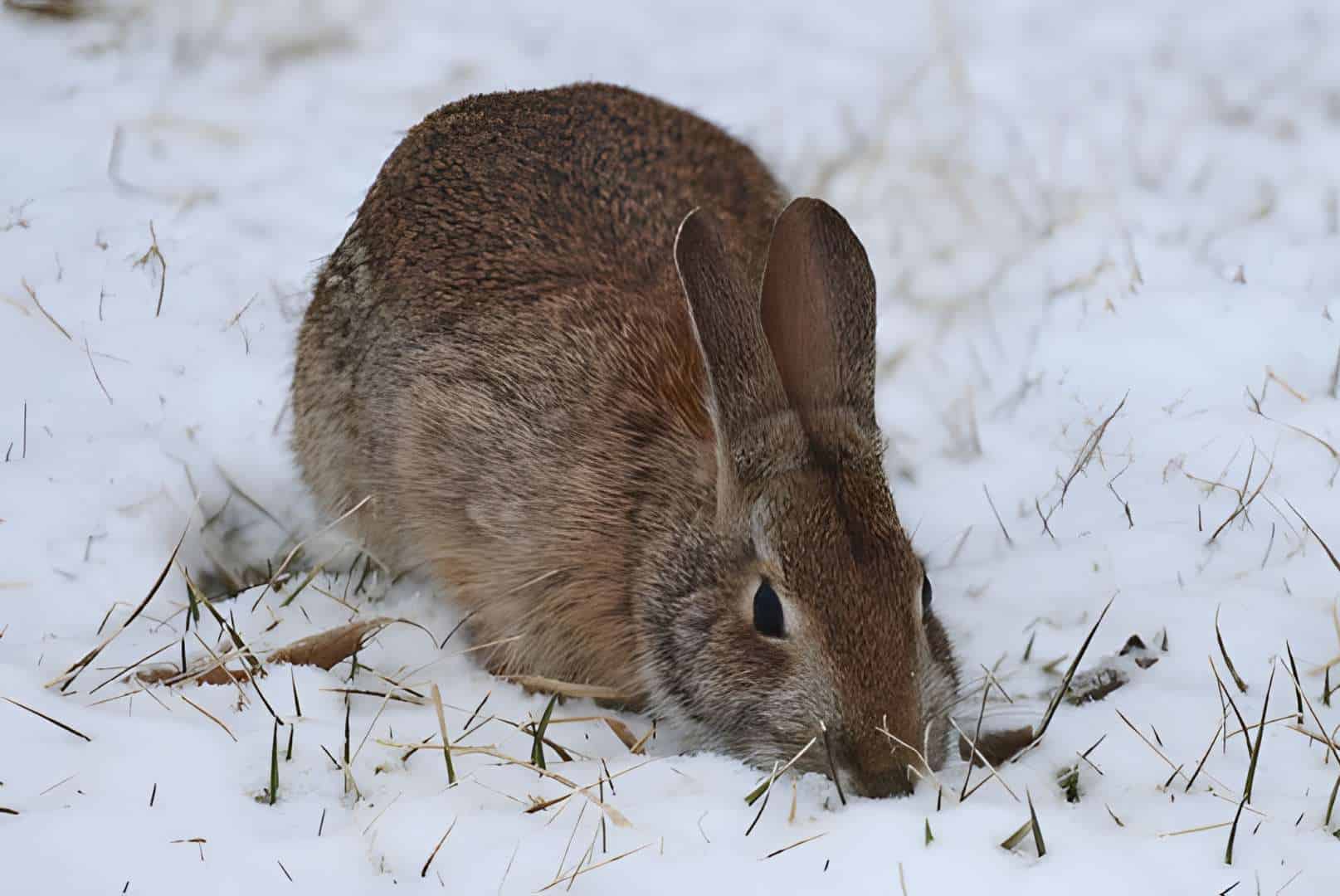 The winter season makes it hard for wild rabbits to look for food. With snow all around, it’s difficult to find vegetables, grasses, and other types of food. If they want to survive the season, rabbits would opt for other food sources. They can feed on branches, shrubs, and twigs.

Food scarcity is one of the major problems that rabbits face during the winter. Apart from the harsh conditions, the rabbits are not getting enough nutrients. It leads to about 70% of rabbits dying during this period.

Don’t expect to see many wild rabbits running around during the winter. Since it’s cold, they would much rather stay in their burrows. They would also try to move less. By not doing the usual things they are used to, they conserve more energy.

Rabbits will be burning more energy if they find food or run away from predators constantly. When this happens, their bodies will need more fuel.

How To Help The Rabbits 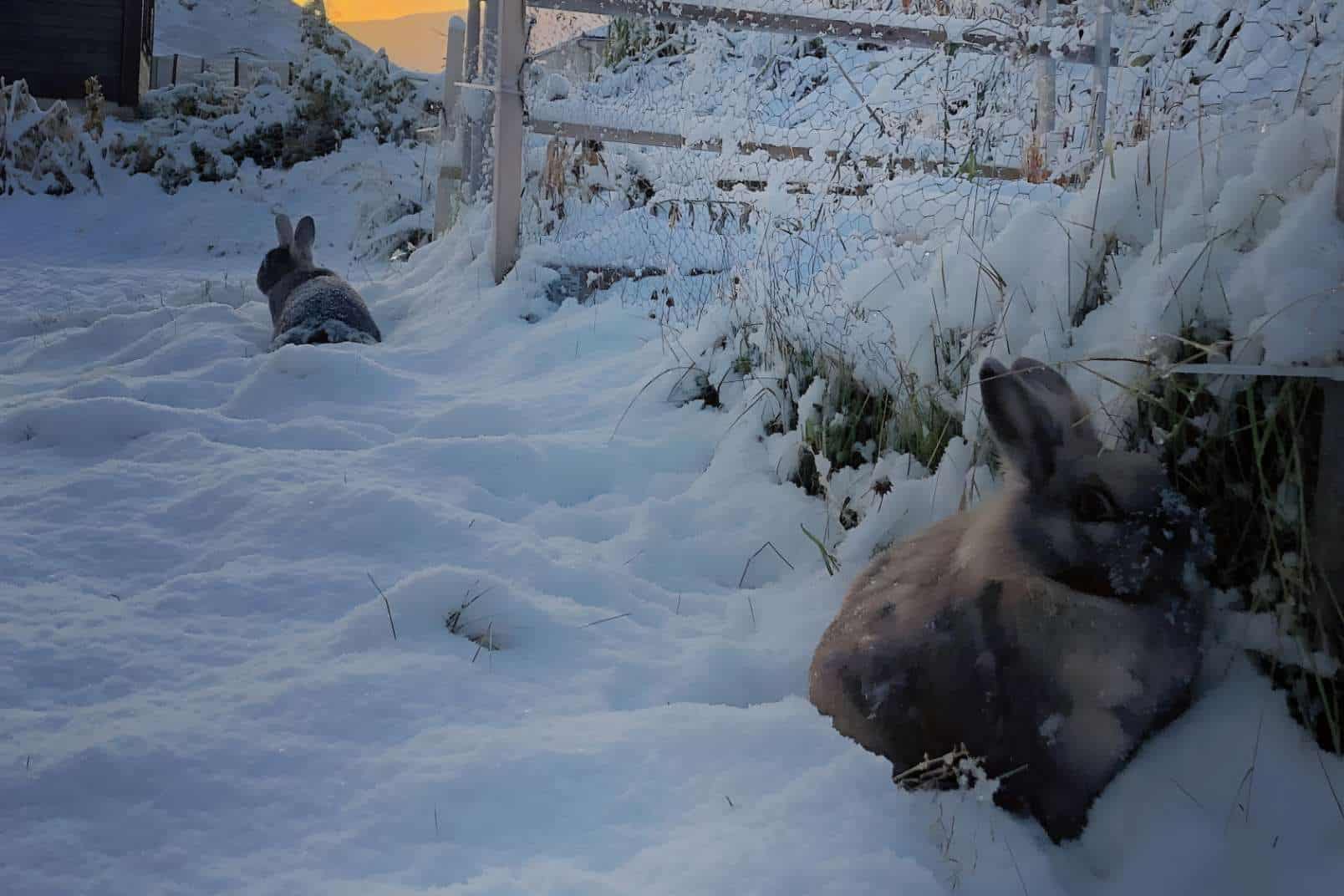 Before you do anything, remember that wild and domestic rabbits do not live the same way. While they share some similarities, there are some differences that you should take note of before helping wild rabbits out.

On normal days, you shouldn’t feed rabbits from the wild. You don’t want these creatures to get used to this because they might end up being dependent on human intervention.

Perhaps an exception is when the weather is a little too extreme. There might be days when there is way too much snowfall, leaving the ground all covered up.

Since it might be very difficult for rabbits to find food, you can help them a little bit. With that said, what can you feed these rabbits during the winter? Before giving the rabbits anything, make sure you don’t leave any food out there that might attract other wild animals.

Hay is one of the safest foods that you can give to rabbits. Since hay has high fiber content, it’s perfect for rabbits. There are various types of hays out there. For rabbits, you can feed them the following:

The grass is also another food option for rabbits. If you still can find fresh grass during winter, leave some out for the rabbits to eat.

During winter, many water sources are frozen. It makes it difficult for rabbits to drink water. If they can’t drink enough water, they might get dehydrated. You can try leaving a bowl of water for the rabbits.

It might be difficult for wild rabbits to drink from water bottles. You don’t have to give them filtered water or anything like that. Water from the tap is fine.

Just remember to refill the bowl or container once the water runs out. And since it’s wintertime, the water might freeze easily. Try checking it from time to time.

Rabbits need about 300 calories per day. In the non-winter months, they can get this from the different foods they can find in the wild. However, the food is scarce during this season, so they start eating less.

You can leave some vegetables for the rabbits. There are probably vegetables in your fridge that you can give to the rabbits. Before you give anything to them, make sure the rabbits are not allergic to them. You can try giving them the following:

You can also give rabbits some fruits. But since most fruits have high sugar content, make sure you minimize the amount you give the rabbits. Consider fruits as treats for the rabbits. If you have the following fruits at home, perhaps you can give some to the rabbits:

If you are not sure if a particular vegetable or fruit is good for the rabbits or not, it’s better to skip it. You can always try looking things up online to be sure! It’s better to be safe than sorry!

Rabbits Staying Safe In The Winter

For rabbits in the wild, survival is the name of the game during winter. If they want to make it, they need to get things done, even before the first snow starts falling. If they make it through the long, cold winter, then they can enjoy a new beginning in the spring!