Sad Bunny: How to Tell if Your Rabbit is Sad or Depressed?

One top quality about rabbits is their social nature. They are energetic and friendly. They quickly bond with their owners and companions unapologetically, making them a breath of fresh air.

However, just like humans, they can get depressed too. Even though they can’t verbally explain it to you, the signs tell it all. It’s easy to tell a depressed rabbit apart from one who’s not. Here are 11 signs to look out for. 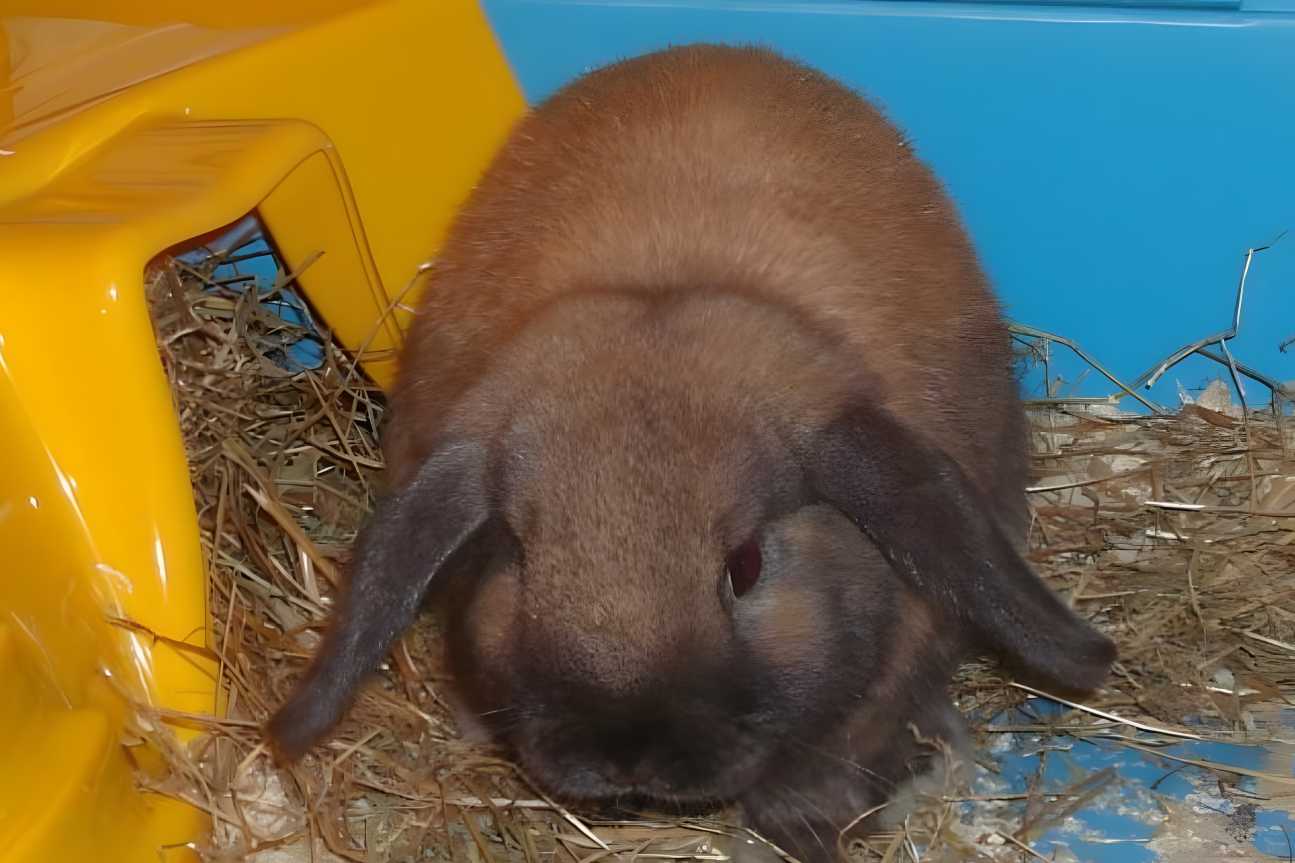 Rabbits take different positions depending on what they feel or are doing at the moment. For instance, a sleeping rabbit may tuck its legs under its body or extend its body fully. If the rabbit is playing with its companion, you’ll find it hopping around.

If it wants to play with you, it can make you chase it. However, a depressed bunny takes a closed-up position, which sort of says it doesn’t want you in its world. You’ll find it sitting quietly, hunching its back, drooping its ears, and slightly closing its eyes with a long face.

Since rabbits are highly social animals, it only follows that they are energetic. A happy rabbit won’t be tired; you’ll find it involved in different activities, especially if it has a companion or its environment has amusements to keep it busy.

Once you find that your bunny doesn’t want to do anything, whether eat, play, rub itself against your body, etc., it’s possible it’s depressed. Like other sentient beings, lethargy is usually a clear sign that your rabbit needs help. 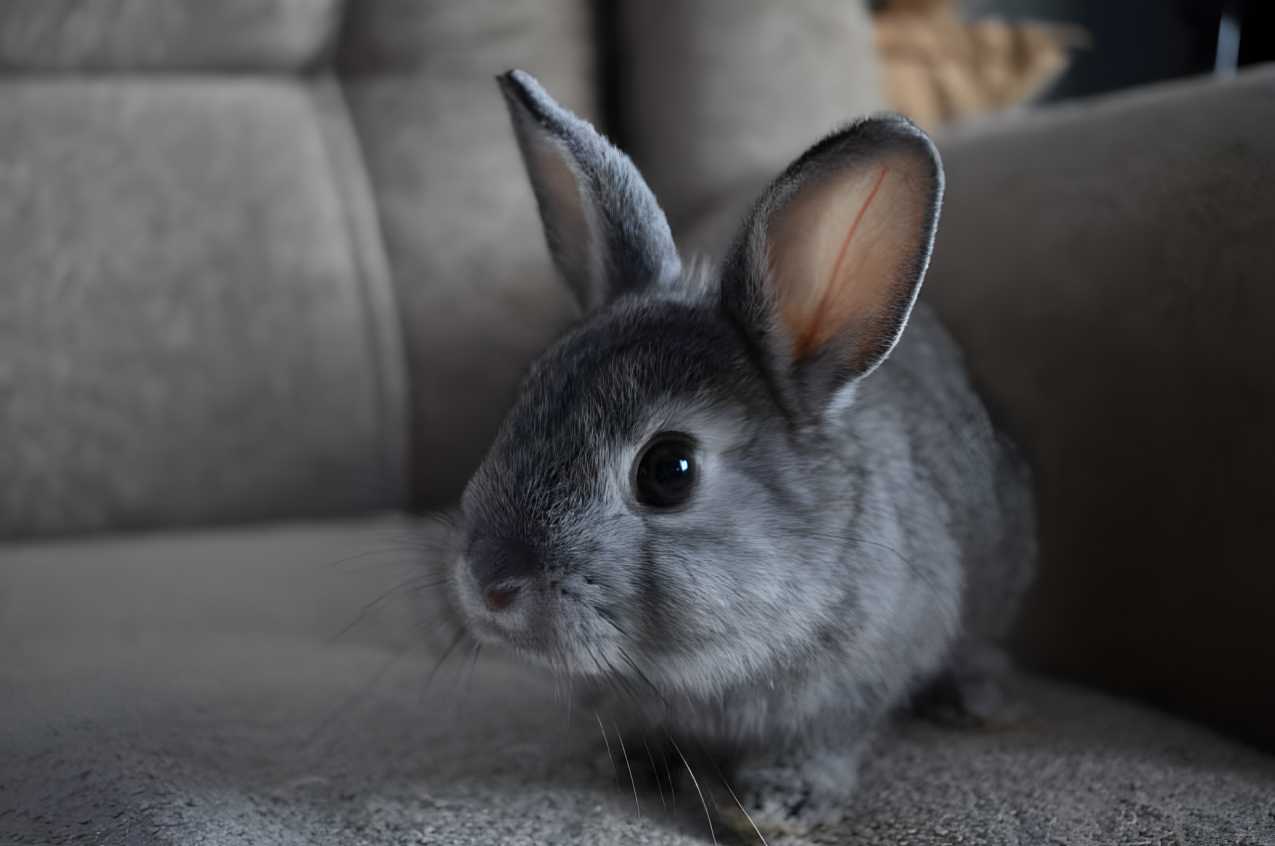 They might keep their distance from you or behave unfriendly in the first stage of bonding, as they are still getting to know you before deciding whether to take you as a friend or foe.

However, this process doesn’t take long. But once you find your bunny becoming violent when it shouldn’t be, like trying to bite you or scratch you with its paws, it’s likely depressed.

This is one of the greatest signs of depression for any sentient being. Obviously, someone who’s sad won’t have the enthusiasm to eat. If your rabbit isn’t sick, stressed, frightened, or hates its food, yet it’s not eating well, it might be depressed.

It doesn’t find any joy in its environment or with you, the owner. It might not eat or take a bite and ignore the rest. Whichever way, not eating enough isn’t good for your rabbits’ health. 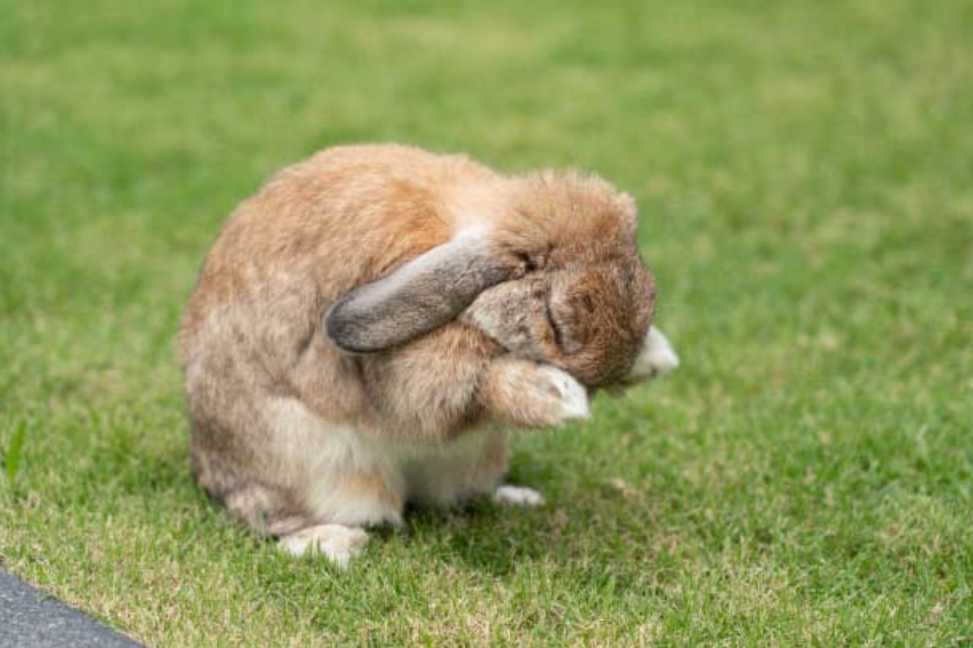 Rabbits love to groom themselves! Those creatures are one of the neatest animals on earth. You’ll find them using their tongues to lick themselves thoroughly, for as long as it takes to be clean. They’ll use their paws to wipe their face clean, too.

Asides that, you have to brush their fur every day to curtail overgrown hairs. However, it can be difficult to sense that your rabbit is over-grooming itself. One sure sign to look out for is bald spots on its fur.

If you find it, then your bunny has been hurting itself. On the other hand, a depressed rabbit can also decide not to groom itself. Once you notice that your rabbit makes no move to clean itself for more than 48 hours, it’s depressed.

If rabbits are comfortable with you or in their environment, they will be free. You’ll find them poking their heads out of their cage once they see you or another known face. They can also bond with your family and friends.

They can only hide for safety when they see predators like dogs and cats. However, when a rabbit is depressed, it starts to hide away from those it used to play with for no apparent reason.

Sometimes, you’ll find it with its face down or refusing to leave one end of its cage. It can hide in the corner of the room, leaving you looking for it everywhere. It might also refuse to turn its face towards you. 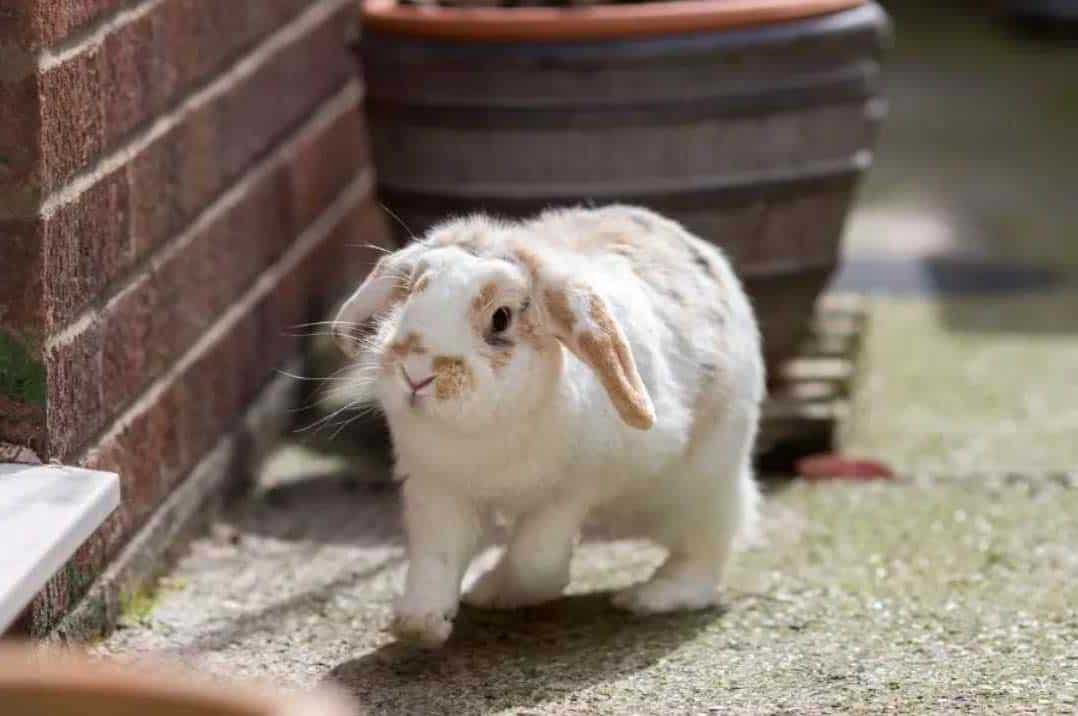 When your bunny is depressed, you’ll notice some changes in its movements. It’ll be pacing up and down like it’s agitated at something. However, not all pacing means depression.

Your rabbit can pace if it’s bored or anxious about something. But when the pacing becomes frequent and disturbing, then it’s likely depressed.

If rabbits have something to chew on, they won’t destroy your stuff. Many pet rabbits stay in their owners’ sitting room, and they don’t destroy it. They might hop on your sofas and hide behind your curtains or rub their chin against them, but that’s how far they ever get.

However, a depressed rabbit will start chewing anything it sets its eyes on, destroying your properties.

Note that there’s a difference between a rabbit who’s depressed and one who’s trying to curb his overgrown teeth. The latter stops chewing your stuff when you give it something to chew. 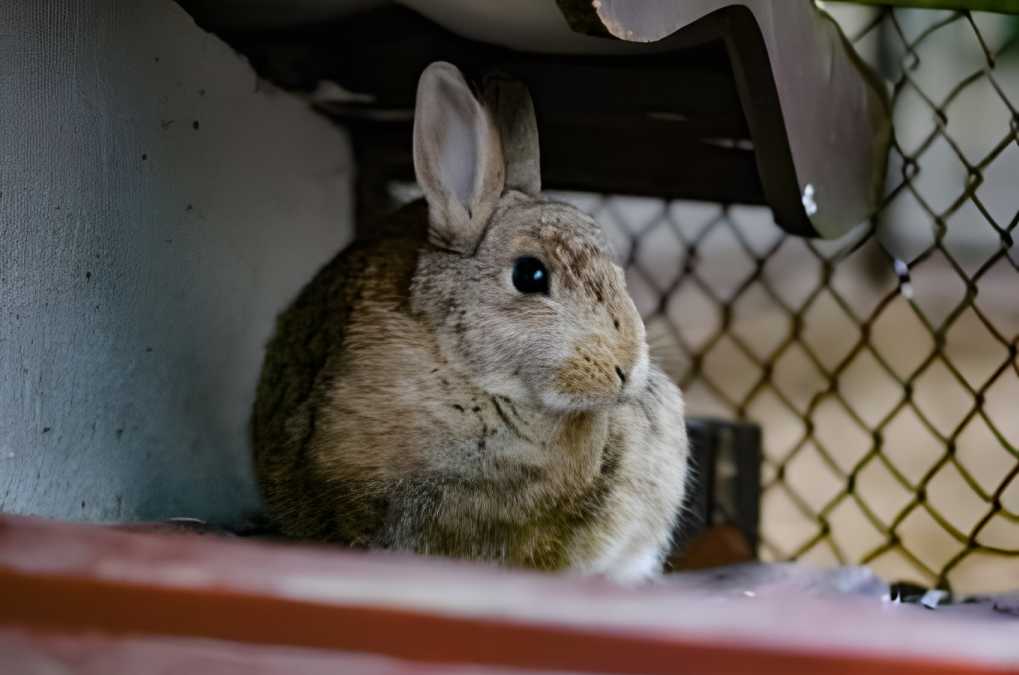 Not only are rabbits social and energetic, but they are also very curious. They want to know everything there is to know. You’ll find them twitching their nose when it’s time to carry out their investigative duties.

A normal bunny will explore its environment, look for signs of danger or things to amuse itself, and mark its territory. If you bring a new item into the house, they will want to know about it.

You’ll find them being around it, except if it’s a predator. However, a depressed rabbit won’t be curious. Like humans, depression makes them blind to what is happening around them.

Drinking too much water

While rabbits love to eat and drink, they shouldn’t do it excessively. If your bunny keeps drinking water every moment, it’s a sign that all isn’t well with it. One likely reason could be depression.

Usually, rabbits can poop up to 300 times per day and urinate up to 8 times because of the high fiber content in their diet. But if they are depressed, there’ll be a change in their toilet habits.

They’ll not poop at all or rarely poop. When they do, it’ll be smaller than the size of a pea, which is the standard size for a rabbits’ poop. Also, their poop will be dry and crunchy, not moist as it should be.

What Makes A Rabbit Depressed? 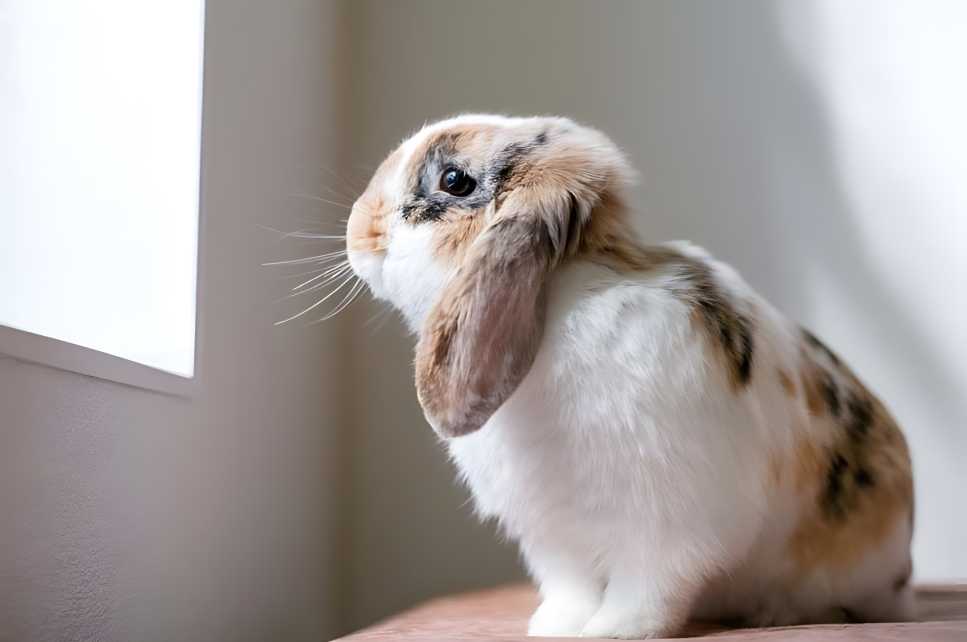 Having pointed out the various signs of depression, it’s essential to know why your rabbits get depressed so that you can nip these reasons in the bud. Here are some reasons for your bunny’s depression :

How To Help Your Rabbit Get Out Of Depression

Depression doesn’t have to be a permanent condition for your rabbit. Here are steps to take to help your rabbit get out of depression :

Rabbits are sentient beings and, as such, aren’t exempt from depression. Whether it’s a health issue, the loss of a friend, or dissatisfaction with their surroundings, there are various reasons a rabbit gets depressed.

As a pet owner, you need to know the signs of depression to trace the causes, eliminate them and give your rabbit the proper treatment.