10 Reasons Why Rabbits are Bleeding from the Bottom

Seeing blood on your rabbit is very alarming, especially if it’s located at the bottom of its body. This article will tell you the possible ten reasons why your rabbits are bleeding from the bottom. 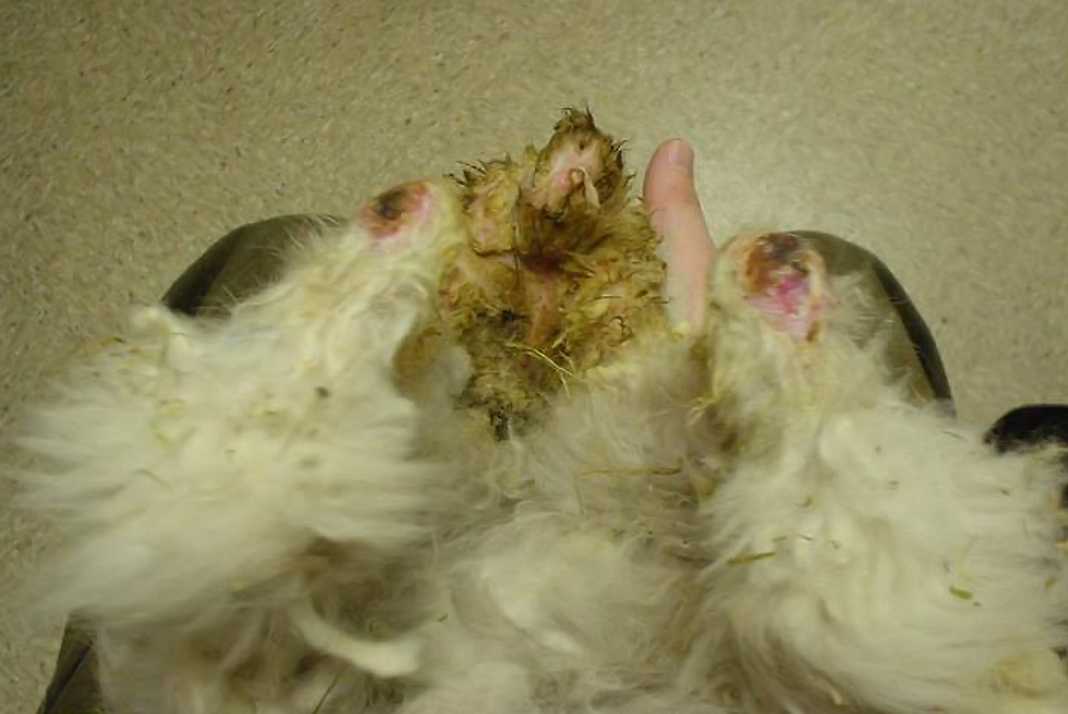 One of the most common causes of bleeding in the genital area of rabbits is urinary tract infection. This urinary disease is particularly prominent in unspayed and unneutered rabbits. Most of the time, the doe or female rabbits are the typical victim of bacterial infection, especially after their heat cycle.

You can differentiate blood from urinary tract infection by looking at its appearance and smell. Blood from a urinary disease will appear more diluted with a high ammonia smell. The color can range from light red to orange-red.

Incontinence or uncontrolled peeing can also be an accompanying symptom, along with bloody urine. You can recognize incontinence if the rabbit is potty trained. They might start peeing on spots they don’t usually stay.

If you observe the symptoms in your rabbits, go to the vet as soon as possible. Most of the time, the rabbit will need antibiotic treatment. It’s best to treat UTIs as quickly as possible as they can affect other urinary organs and lead to kidney failure. 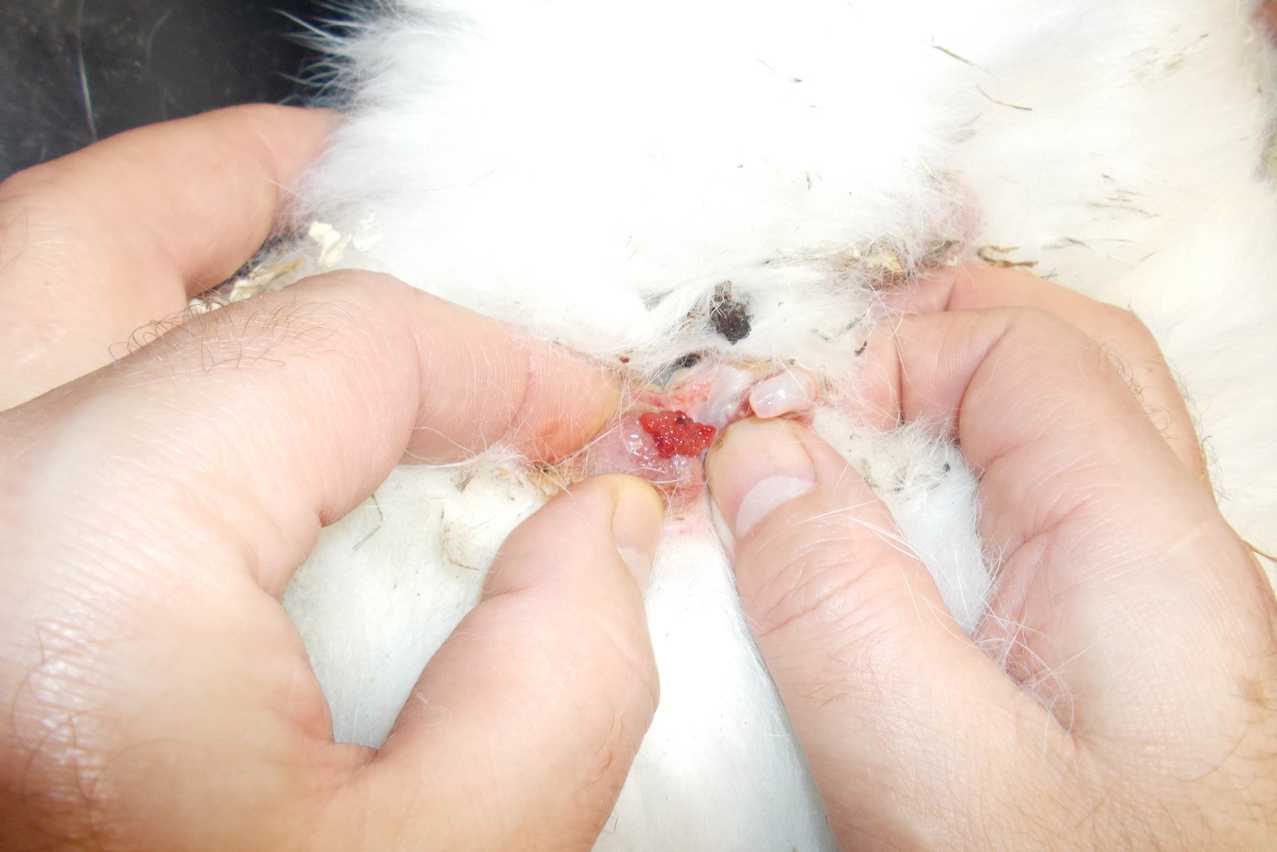 In most cases, polyps are left on their own and not removed. The protrusion is generally not harmful unless they affect the rectum. With that said, consulting the vet for the proper treatment is the best idea. 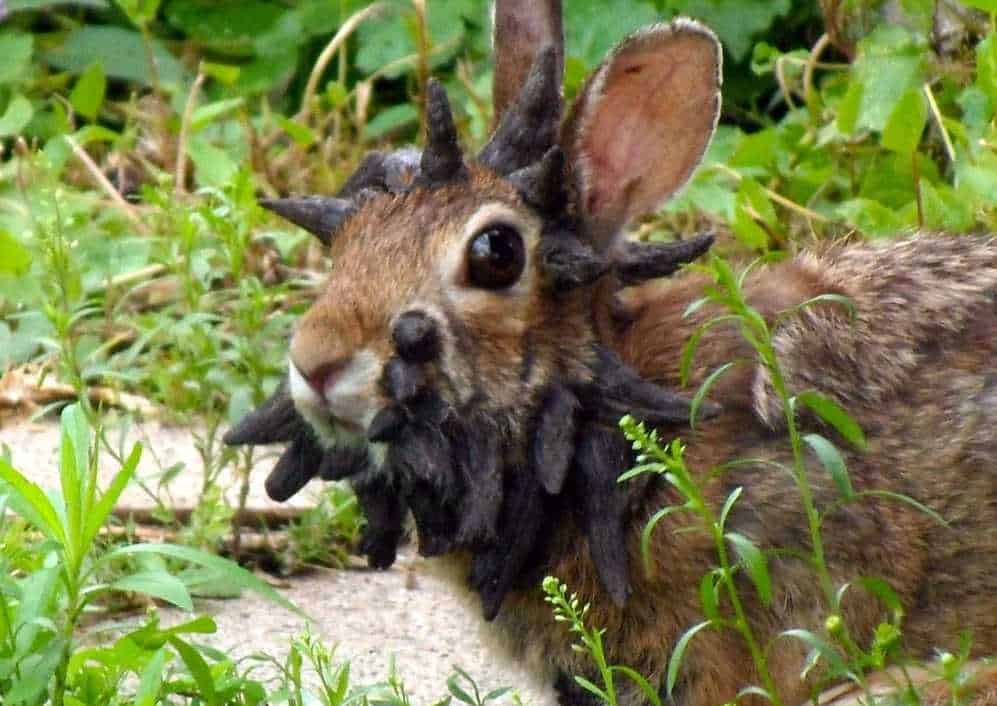 Papilloma is an often-benign tumor located near or on the opening of the anus. The protrusion of the tumor is similar in appearance to cauliflower, with a pink or white tinge. It can cause bleeding due to inflammation in the tissue.

Most cases of papilloma will solve themselves without any treatment. However, in some cases, it can partially or fully block the opening of the anus, which can cause discomfort and pain to the rabbit. When a blockage happens, surgical removal is the most common treatment.

Detection of papilloma can be challenging, especially during its earlier stage. If the rabbit shows discomfort when passing a stool and does not have more adverse symptoms, there is a very good chance of having papilloma. 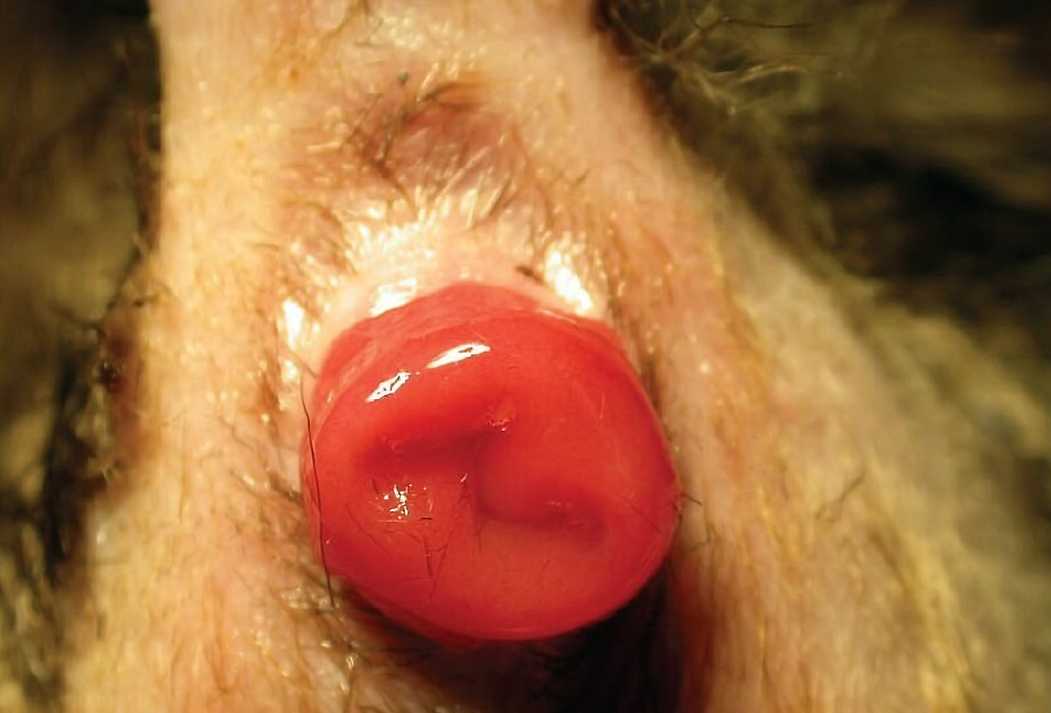 Hemorrhoid is the inflammation of veins located in the anus. It can almost look similar to polyp, so it’s hard to differentiate them. Rather than a solid mass of tissue, hemorrhoids are filled with blood. Polys and hemorrhoids also differ in color.

This case is infrequent in rabbits and is usually resolved on its own. However, if it grows big enough, it can block the rectum and cause bloody stool due to the inflammation of the rectal tissue. The rabbit will be in pain as it tries to push the stool out, resulting in lacerated skin.

When not treated, the torn and damaged hemorrhoids can cause infection and abscess in the rabbit. Bring the rabbit to the vet if you recognize these signs and symptoms. The rabbit will be either undergo a topical anti-inflammatory treatment or go in for surgery. 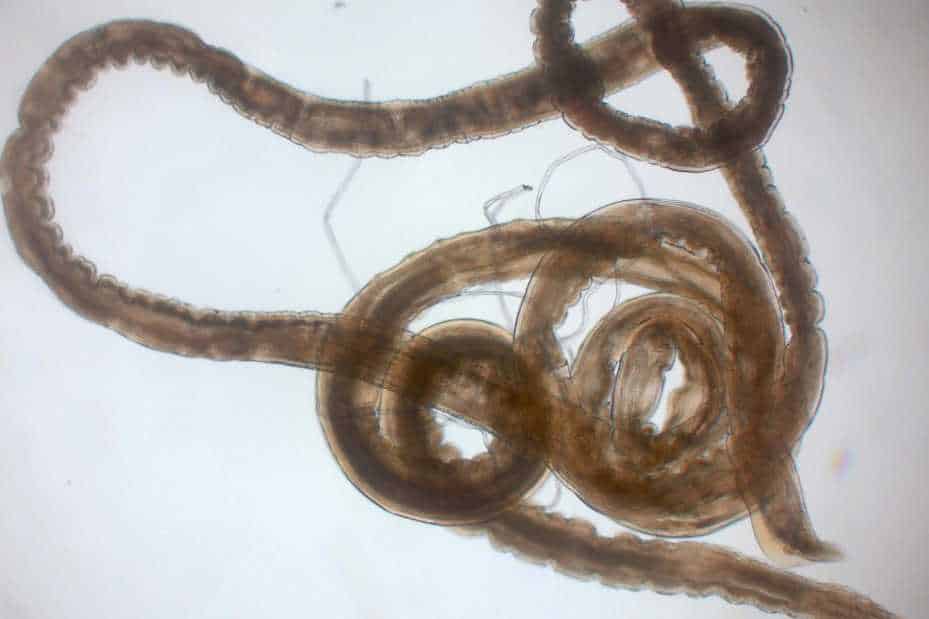 Besides their sensitive diet, rabbits with an improper diet can be prone to intestinal parasites. Most of the parasites can be got through the rabbit’s plant-based diet. It can infect the digestive system through consumption or contamination in the surrounding.

A severe intestinal parasite infection can cause bloody stool, lethargy, malnutrition, and loss of appetite in rabbits. It can also cause bloody discharge on the anus when left untreated. It’s best to treat parasites and worms present in the rabbit’s digestive system as it’s the cornerstone of a healthy and active life.

Cleaning plant products and disinfecting the surrounding and potty litter box can help stop the spread of the parasite. 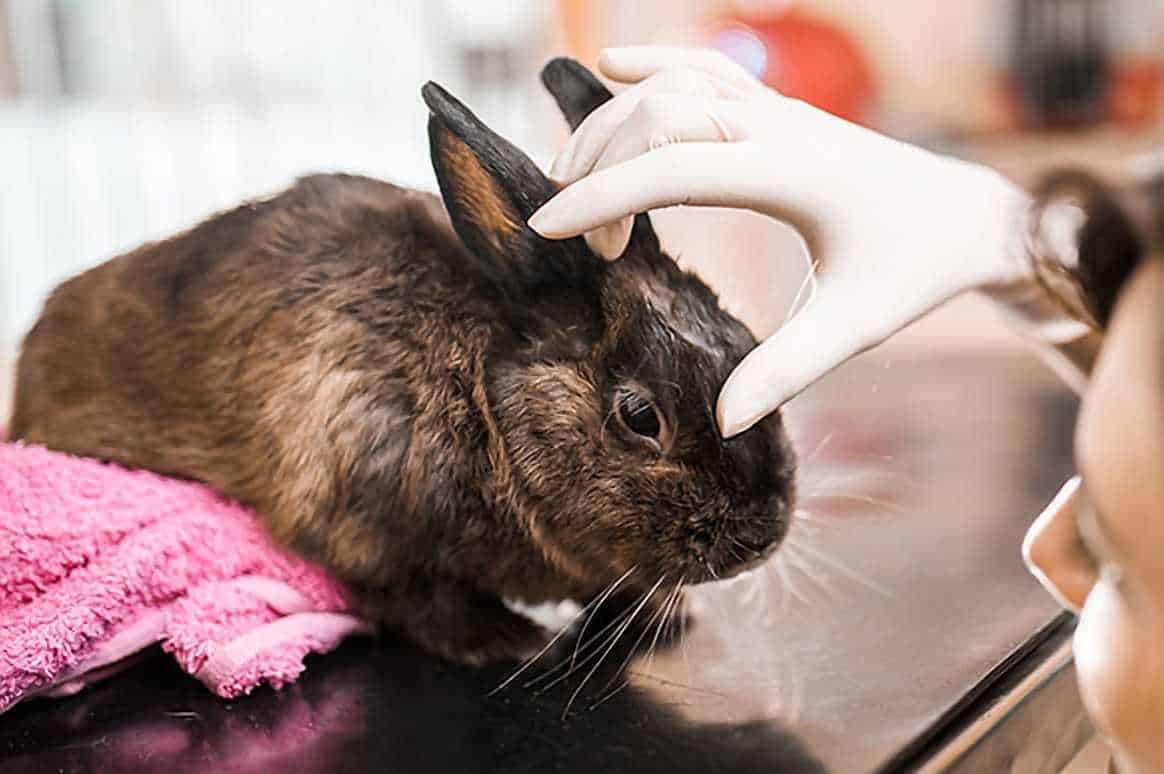 Viral diseases such as rabbit hemorrhagic disease (RHD) can result in a bloody bottom. As the name suggests, the virus triggers internal bleeding that might come out of the mouth, nausea, and genitals of the rabbit.

If the rabbit shows other symptoms, such as bleeding from the nose or mouth, lethargy, fever, or loss of appetite, there is a good chance that it’s suffering from a viral disease. It’s best to get the rabbit treated immediately, as most viral infections attack the immune system.

Rabbit hemorrhagic disease is highly contagious, so make sure that you quarantine any animals that contact the infected rabbit. Disinfecting the area will also reduce the risk of infection. 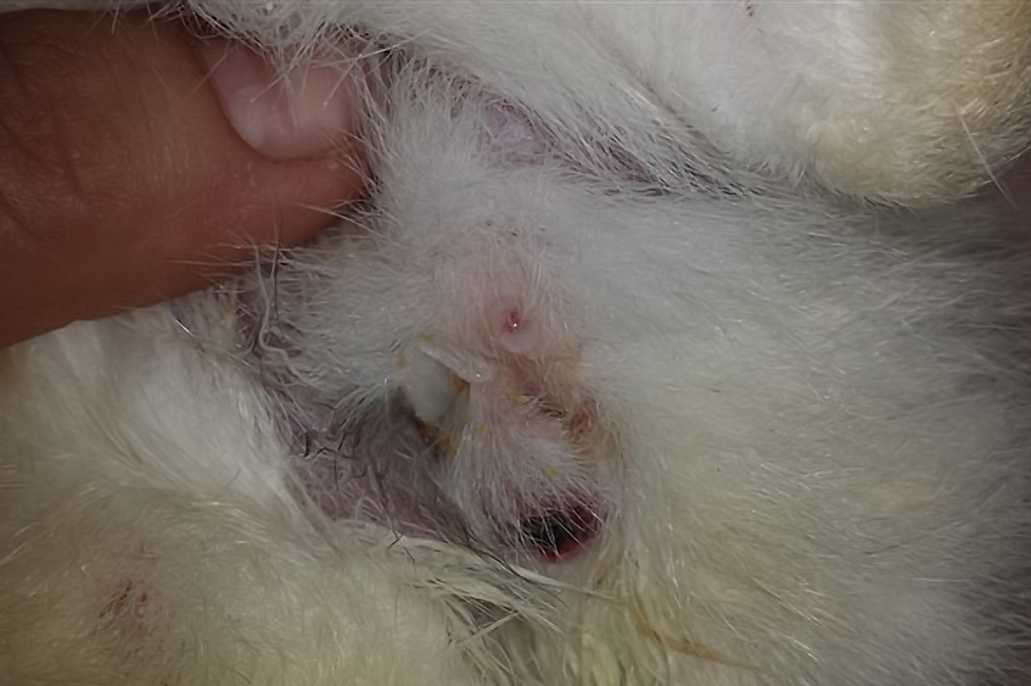 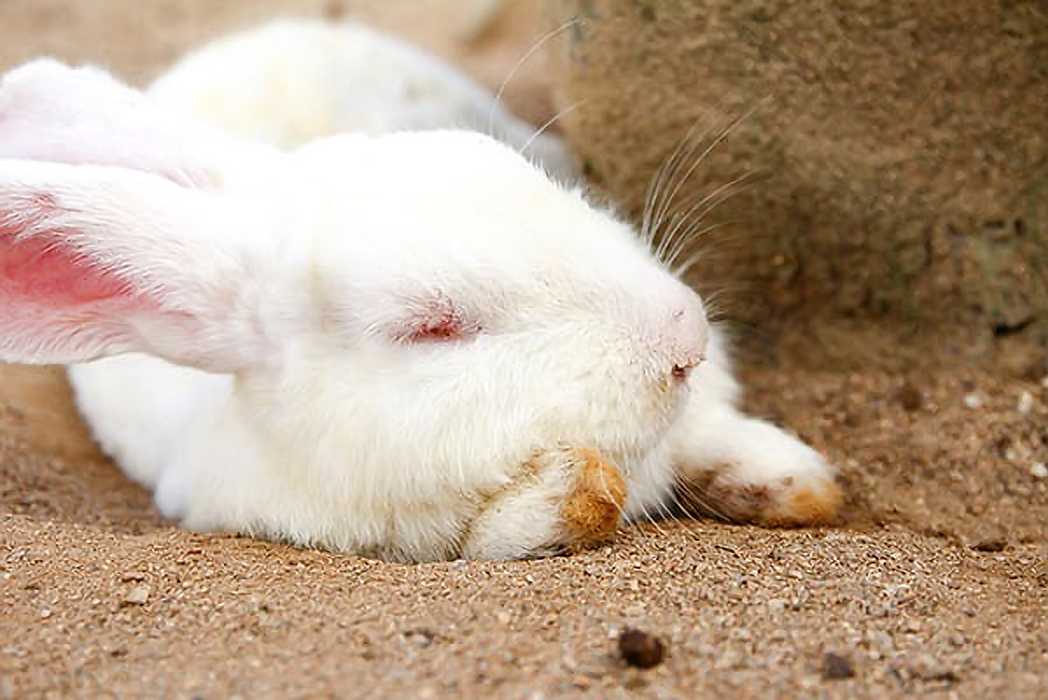 Rabbits can also be very territorial despite their mostly calm and docile nature, especially if they are not spayed or neutered. Their territorial nature can cause fights amongst each other, resulting in wound and skin trauma.

Once you make sure that the rabbit is bleeding due to skin damage, you can either remedy it with an anti-bacterial solution or bring it to the vet for further examination. 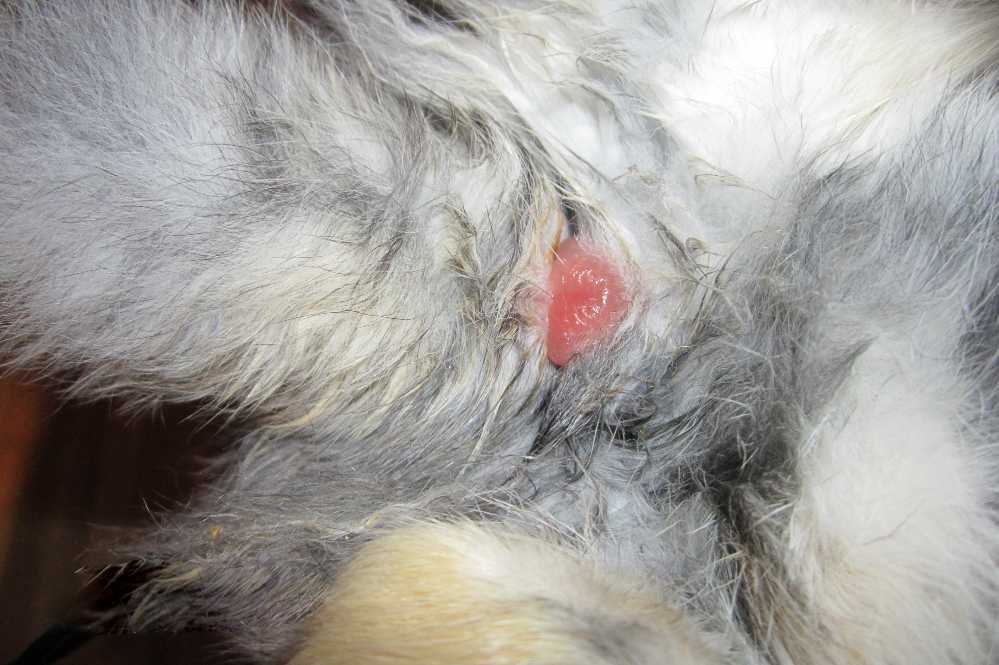 The viral infection might be passed through oral contact and body fluids. Kits with infected mothers can also be born with syphilis. Most symptoms will not come out until years or months after the contact.

Bring in the rabbit for antibiotic treatment. It will also help significantly if the rabbit is isolated from others as it’s viral and contagious. 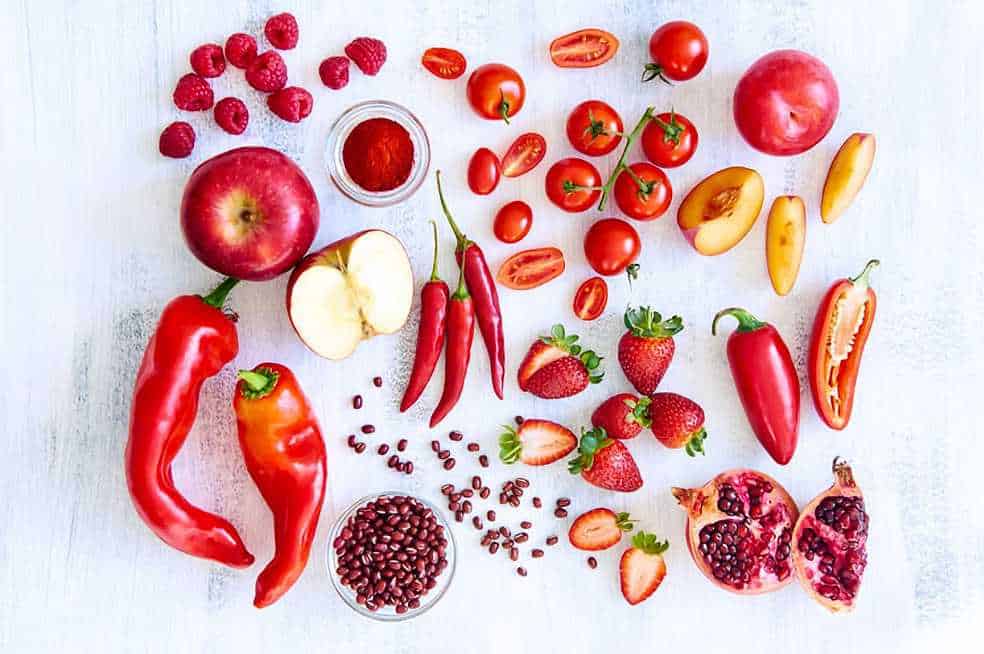 One of the less dangerous and non-life-threatening reasons there might be red liquid in your rabbit’s bottom is a change in their diet. Most fruits and vegetable that is red contains pigment that can affect the bodily fluids and stool of the rabbit.

When rabbits eat large quantities of food such as cranberries, raspberries, or tomatoes, it can lead to a reddish tinge in their urine or around their stool. If your rabbit is recently introduced to a red fruit or vegetable and they start to appear to be ‘bleeding’ in their bottom, it’s a good chance that it’s just the change in the diet.

It can be a bit hard to differentiate from other more serious illnesses, but here are things you can look out for:

Examine their excrement and secreted body fluids intently as it can be dangerous if it’s a life-threatening disease or infection. If there are no accompanying bad symptoms such as loss of appetite or lethargy, there is a good chance that the rabbit is safe.

Do Rabbits Have Periods?

If you are at a loss on why periods do not belong on this list, here is the explanation. Unlike other domestic pets such as dogs and cats, female rabbits do not have periods. Instead, they go in ‘heat,’ or when they are most fertile.

They do not bleed in their vagina normally. So, if you notice some bleeding in the genital area of the doe, bring it to the vet immediately to get it checked.