Why Does My Rabbit Dig On Me? (Reasons & Solutions)

Don’t be surprised if your rabbit exhibits so many different behaviors. One of the most prominent ones is digging. What does it mean when they start digging? It’s time to figure out why rabbits act this way so you can answer the question “ Why does my rabbit dig on me?”. 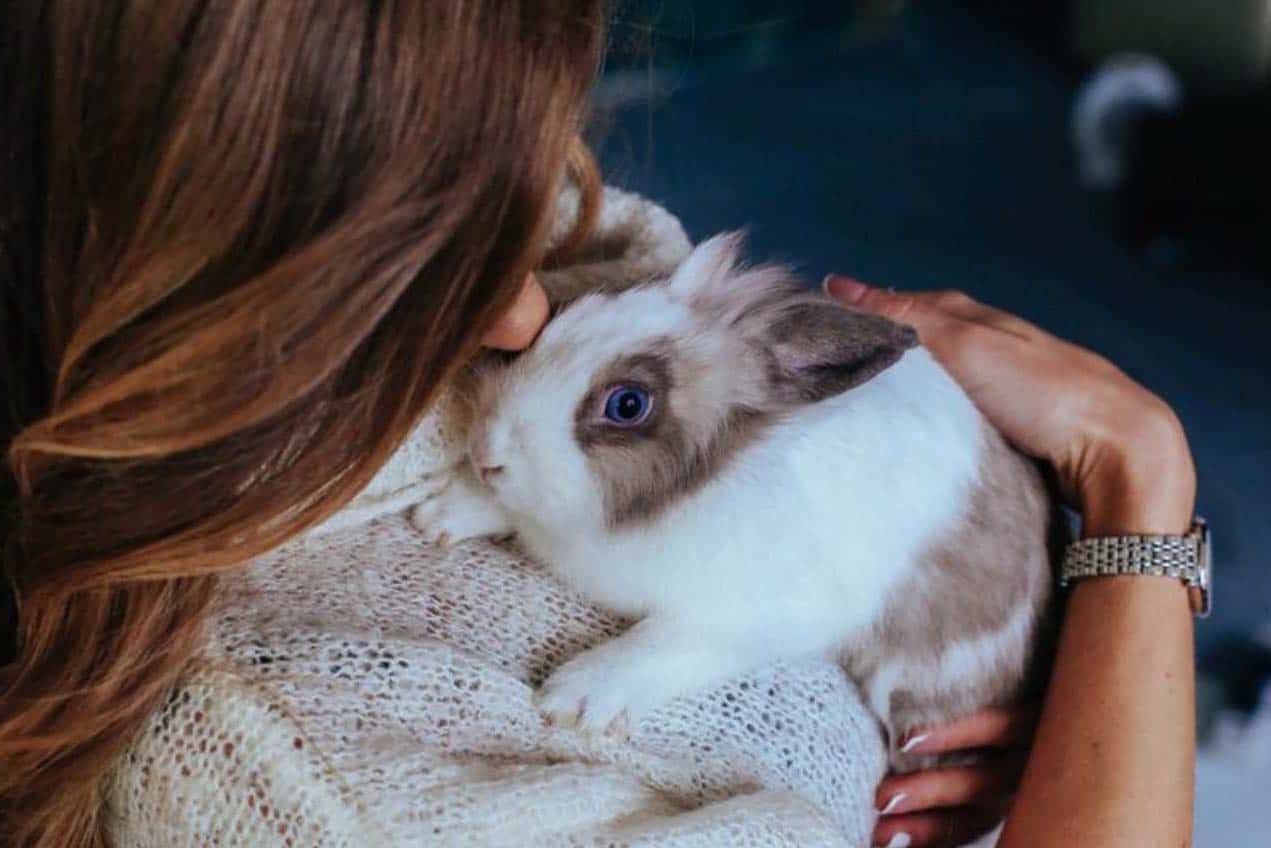 Digging is not new to wild or domestic rabbits. It’s actually something ingrained in them. It’s part of their instinct and it’s natural. Let’s just say that it’s something they were born with. Rabbits out in the wild are used to digging.

They would usually dig burrows in the ground. As for domestic rabbits, it’s also their impulse pushing them to do so. However, since not all rabbits have access to an open area where they can start digging, they might start to dig on you instead.

If you are not used to this type of behavior, it might annoy, distract, or bother you. Your response is understandable. But it’s also important to understand why rabbits act the way they do.

Don’t be dismissive. If you want to know your rabbit better, you should recognize the different behaviors that your rabbit manifests. And this includes their digging. 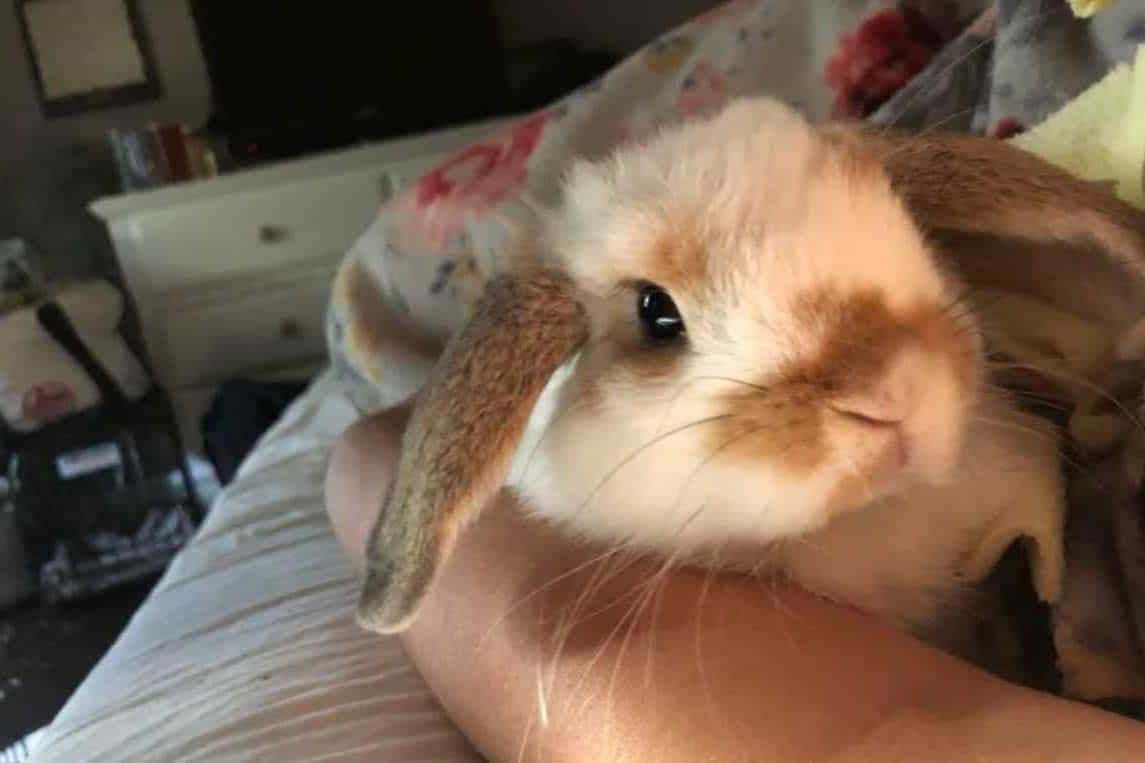 One of the most probable reasons why your rabbit is digging at you is because they want your attention. There are moments when your rabbit feels bored or neglected. There might be times when they want more TLC from you. Digging on you is one of their ways to get you to notice them.

There’s nothing quite like being given enough love and attention. And it’s no different with rabbits. Some rabbits crave some extra time with you. There are a couple of things you can do to show attention to your rabbit. You can try playing with them.

The rabbits will surely enjoy having fun with you. You can also try petting them. A simple touch here and there would also be appreciated. You can also try talking to them while you pet them. You don’t have to do anything grand to prove that you are giving your rabbit enough.

Simple gestures from you would let the rabbit feel loved and cared for. And the longer you are with your rabbit, the better you know them. You would know what to do when it comes to showering them with care.

The Smells Of Betrayal 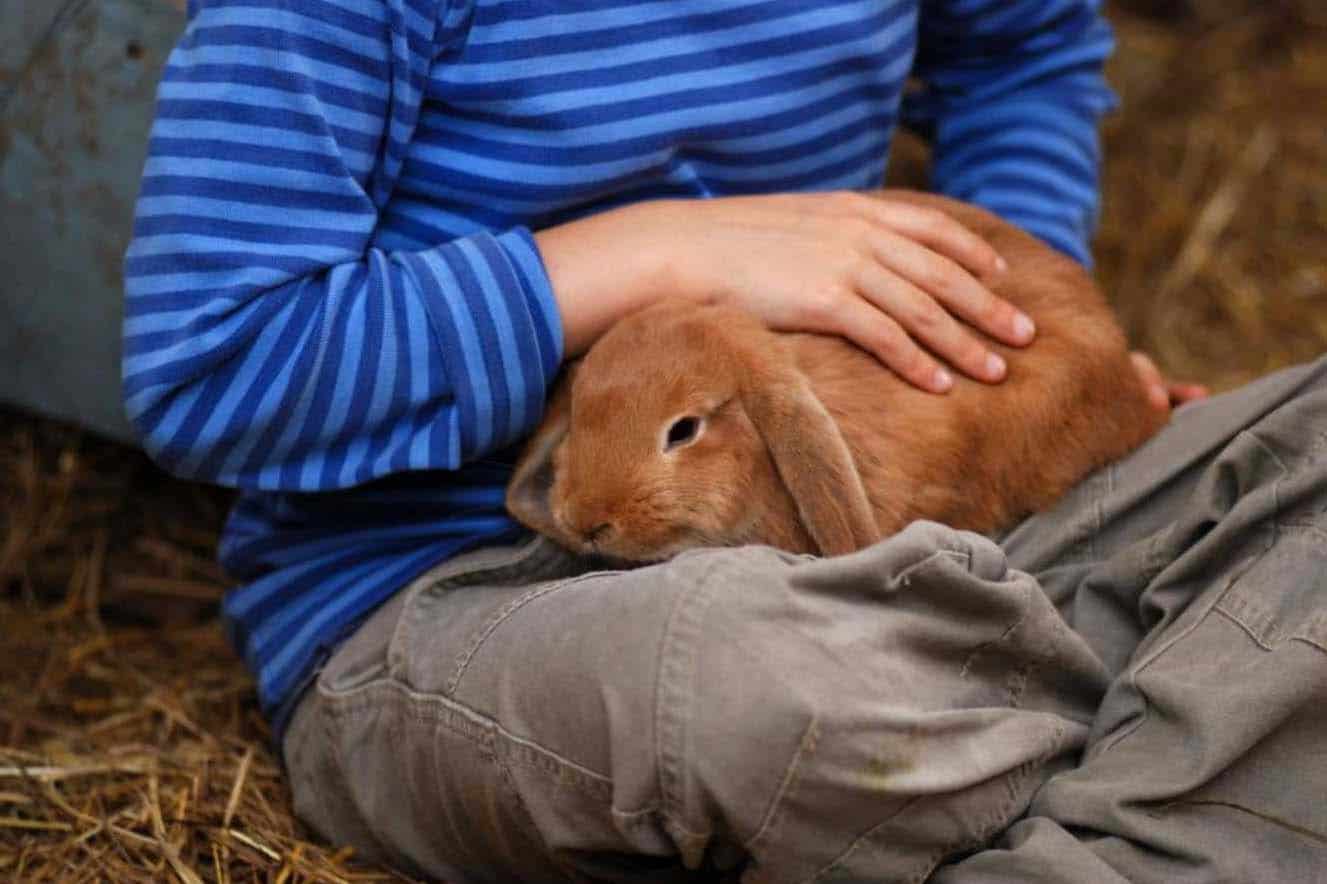 Do not underestimate a rabbit’s sense of smell. They can identify various scents including other animals. They can smell if you have interacted with other rabbits! And for most rabbits, this is not something they might like you to do!

Rabbits are, by nature, territorial. So if they smell another rabbit’s scent on you, know that they might not be too pleased about that. If your rabbit starts digging on you after you have touched another rabbit, then it’s because they know what you have done.

Perhaps one of the things that you can do is to wash up and change. Before you come in contact with your rabbit, you have to remove any trace of your interaction with other rabbits.

Some rabbits might exhibit unusual behavior that could come off as aggressive. When this happens, it’s probably because they want to establish dominance in your relationship. This is also something some rabbits do when they find their kind.

There are times when they dig rather too aggressively, so you better watch out for it. If they present such unpleasant behavior, you can try putting them back in their cage instead. 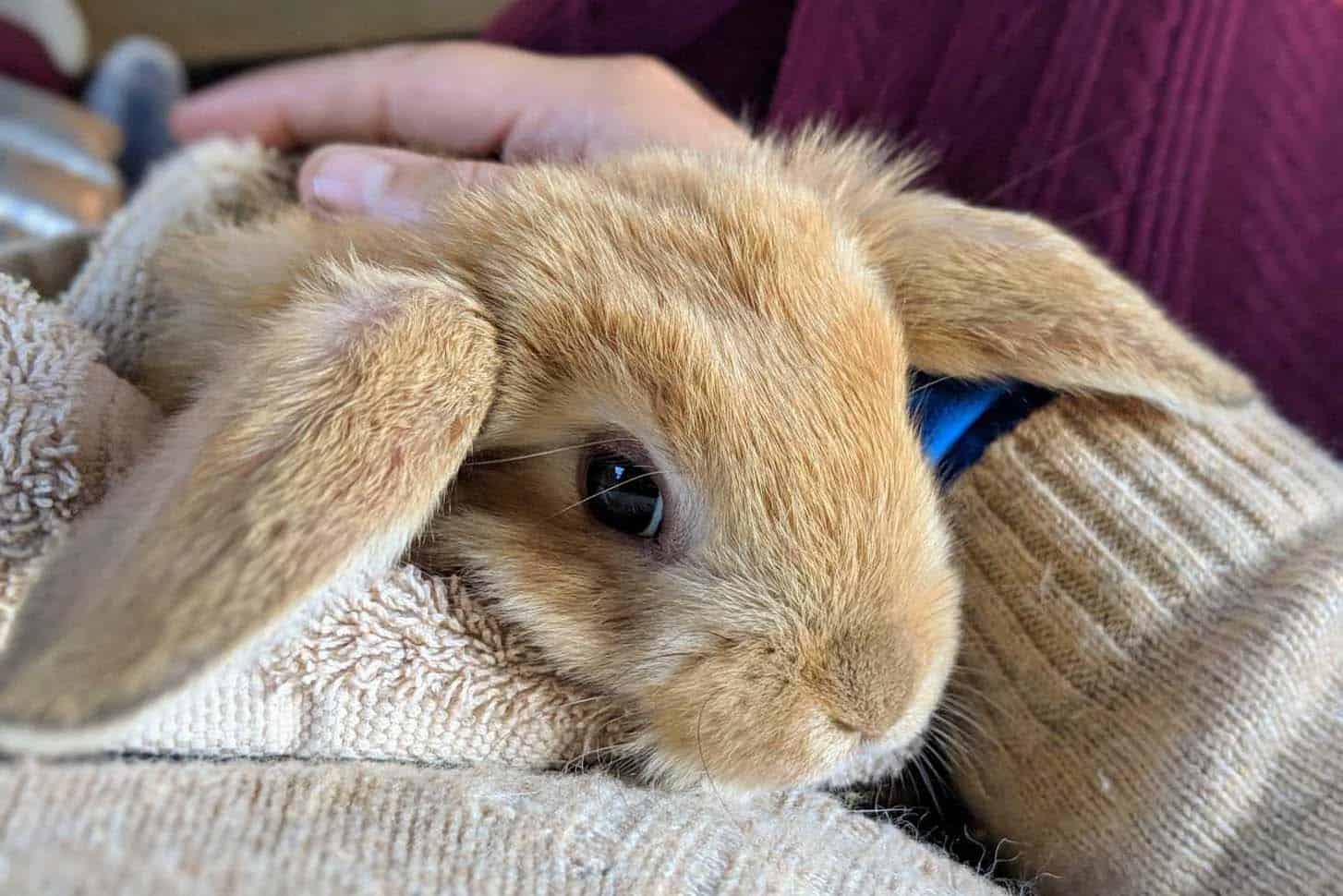 When a rabbit is feeling bored, stressed, or frustrated, one of its go-to actions is to start digging. Perhaps it’s a coping mechanism for rabbits. If they start digging into you and your clothes, they might be going through something. One of the reasons could be their poor health.

Digging could be one way of them letting you know that they are not feeling well. There are times when you can’t physically see what’s wrong with them. However, if you see them digging into you, it’s a way for them to communicate with you.

You always have to make sure that your rabbit is healthy in all aspects. Taking care of a rabbit entails a lot of responsibilities.

If the rabbit has past health issues, you need to watch out for the signs and symptoms. You also have to consider if there’s anything that can trigger stress in the rabbit.

Rabbits are active creatures. However, if they aren’t moving around a lot, their bodies, particularly their muscles, will grow weak. It might affect their ability to move property. There’s a strong chance of having limited mobility. This can then affect their overall health and quality of life.

If they start digging, consider that as their exercise. If they want to be in good condition, they need to use their muscles and other parts of their bodies regularly.

What Should You Do 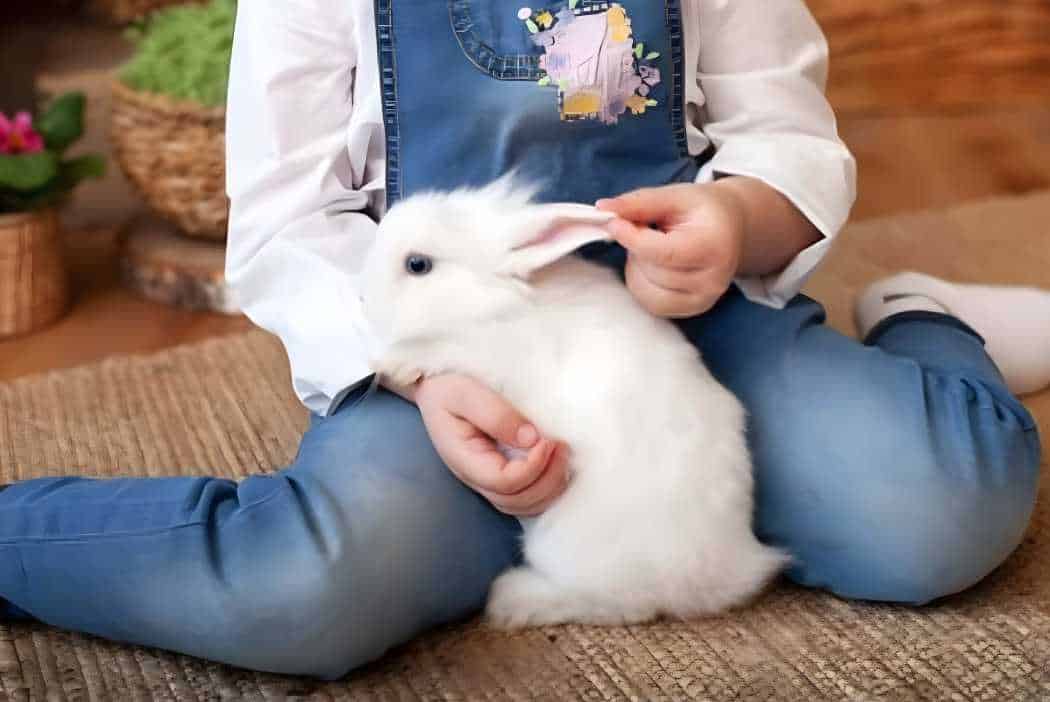 A rabbit’s constant digging into you might make you feel certain things. It might irritate or agitate you if they do this way too much. The rabbit’s digging might even hurt or damage your clothes. You should do something before something like this occurs.

You should be patient and practice restraint. There are also some things that you can do to stop the rabbit from diggint into you.

Give Something To Dig With

One of the easiest ways to put a stop to the rabbit’s digging is to distract them. You can start with stomping your feet or doing something that would call their attention. Call their name if you have to! The next step involves handing them a piece of fabric, like a cloth or towel to dig with!

You can lay the fabric on yourself, especially the part of your body that the rabbit loves to dig into. It would protect your skin from the rabbit’s sharp claws.

Their claws might be covered by a thick fur pad but they are there. If the rabbit digs into you with force or for an extended period, it might cut through your skin.

You can also put the cloth or towel on the floor or inside their cage. Instead of digging into you, they can dig into this.

One of the easiest ways to stop the rabbit from digging is to distract them. You can start with stomping your feet or doing something that would call their attention. The next step involves handing them a piece of fabric, like a cloth or towel, to dig with!

You can lay the fabric on yourself, especially the part of your body that the rabbit loves to dig into. It would protect your skin from the rabbit’s sharp claws.

A thick fur pad covers their claws, but they exist to help the rabbit with digging. If the rabbit digs into you with force or for an extended period, it might cut through your skin.

You can also put the cloth or towel on the floor or inside their cage. Instead of digging into you, a rabbit can dig into this.

If you don’t have a wide, open area where the rabbit can dig, don’t fret! You can create a digging box for your pet! Before making the box, ensure that all the materials are safe for the rabbit. Once you have everything ready, you can start setting the digging box up!

The first thing you should do is figure out the right size. Make sure that there is enough space for the rabbit to move and dig around. A cramped space won’t benefit the rabbit at all.

You can also use different kinds of materials for the digging boxes. You can use plastic or cardboard. Use whatever you think is safer and convenient for the rabbit.

The next step involves putting fillers in the digging box. You can put hay, twig, shredded cardboard or paper, pellets, and toys. You can mix and match so the rabbit has plenty of options. If the rabbit starts digging on you, lead them to their digging box ASAP!

Rabbits are smart animals. Hence, you should not underestimate their intelligence. Since digging is part of their natural behavior, you can figure out ways to train them. If they start digging on you, you can train them to follow your voice, command, or action.

If you pretend to be hurt when they start digging, that will alert them that they are hurting you. Whenever they hear your cries of pain, the rabbit should stop doing what they are doing.

Don’t Let The Rabbit Dig On You

If you aren’t used to seeing a rabbit dig, you might wonder what they are doing. It’s even more confusing if they start digging into you.

However, it’s all part of who they are. Embrace and accept the rabbit and let them express themselves. It’s your responsibility to help them with this!