When Can You Separate Baby Rabbits From Their Mother?

Taking care of baby rabbits (also known as kittens) requires lots of work and effort. Don’t let that stop you from all the fun it entails, though! Today, allow us to help you and your mama rabbit raise a new generation of cuddly creatures. Let’s answer one of the first questions you’ll have with your first litter: when can you separate baby rabbits from their mother?

When Can You Separate the Baby Rabbits From Mama Rabbit? 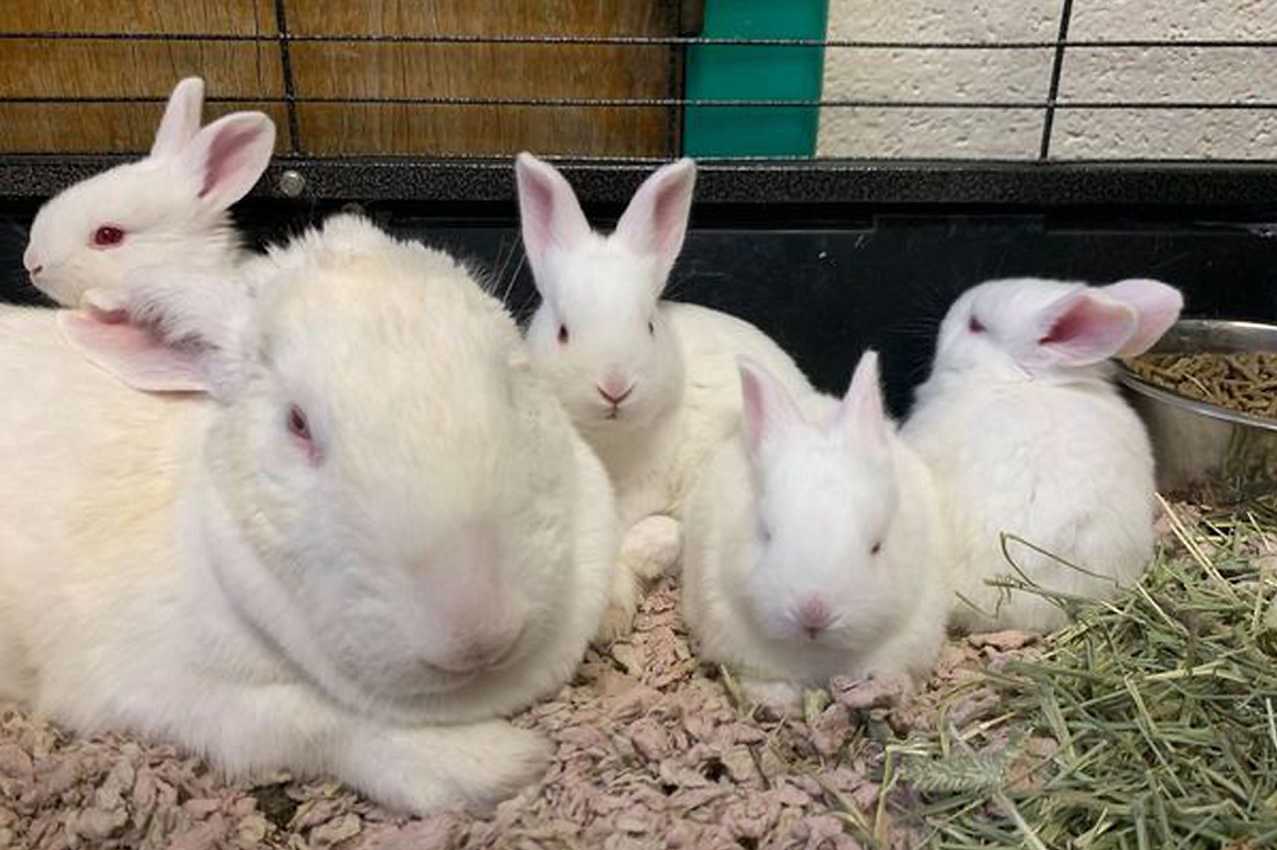 You can separate the baby rabbits from the mama rabbit at around eight weeks. Sometimes, it could take longer. It is not advisable to shorten it, though.

Some might tell you that you can already separate the little ones from the mother around the sixth week. It is possible, but we suggest against it. It’s better to be safe than sorry. Why? Well, we will be talking about that next.

What Happens if You Separate the Baby Rabbits Early? 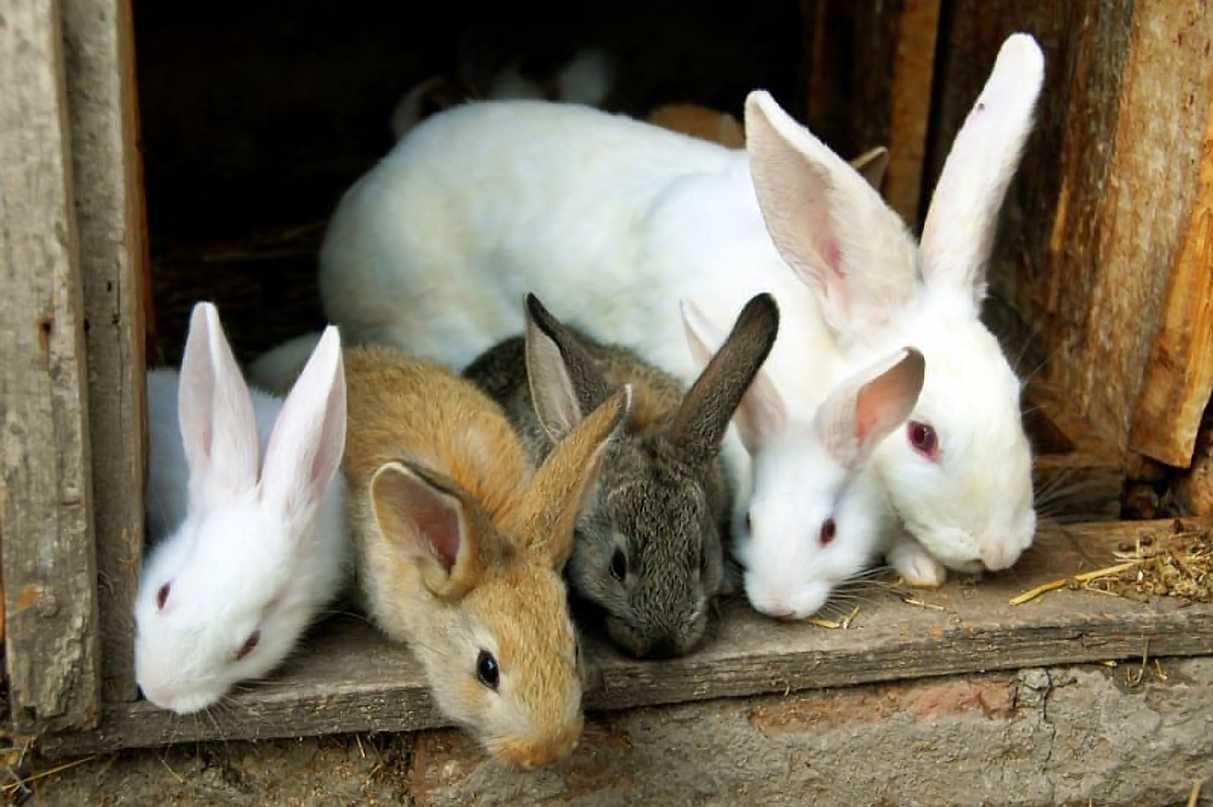 Why do we suggest against separating the baby rabbits too soon? Well, it could be as dire as the little ones dying. If not, they may not grow up to become healthy adults.

Baby rabbits can’t eat adult food immediately. As you can see, their mother’s milk would be their main source of nourishment for their first few weeks. They would eventually learn to eat adult food. Rushing the weaning process is not ideal, though. 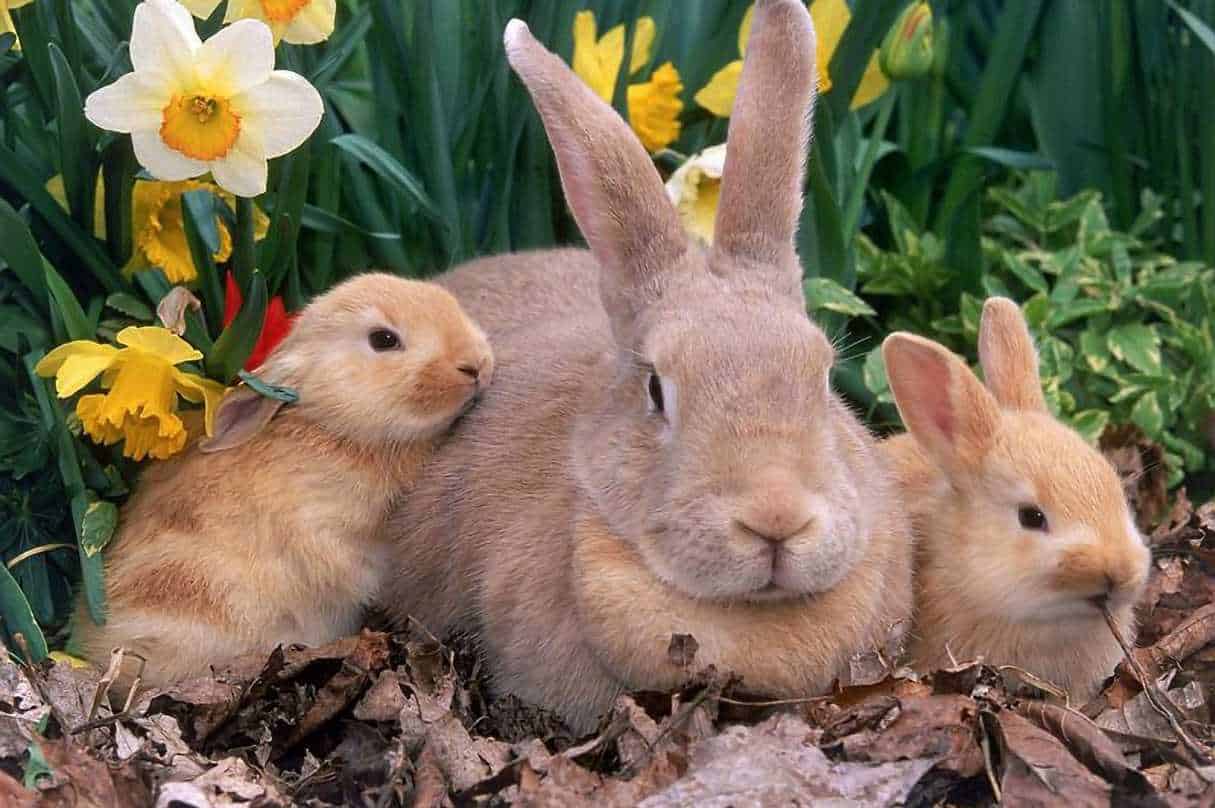 This process could be challenging. And not only for you but for the rabbits as well. Here are a few things you might want to keep in mind in this process.

Are the Baby Rabbits Ready to Separate From the Mother?

Second, you want to limit the stress to a minimum during this process. Stress could bring on many bad things. In some cases, even death. When it’s time to do the separation, you want to extract the mother instead of the baby rabbits.

There won’t be any added stress of being removed from what they know as home this way. Also, you might want to avoid moving the baby rabbits or their cage to a new location immediately.

The Baby Rabbits After the Separation

Lastly, you want to keep an eye out for the baby rabbits after the separation. With special consideration for their digestive system. Even if the little critters can now eat adult food, you still want to assist them in this transition. You want to give them lots of water and hay for one.

To add, you want to start introducing them to leafy treats too. Make sure you don’t give them too much, though. Also, try to stay away from iceberg lettuces. These greens don’t offer much nourishment, and it also has a substance that could be bad for rabbits. The general rule is, the darker the leaves, the better.

Iceberg lettuces are not the only treat you want to be wary of. Before giving your baby rabbits any treats, you might want to do a quick research. It doesn’t mean a treat is okay for the adult; it is already okay for the baby rabbit too. 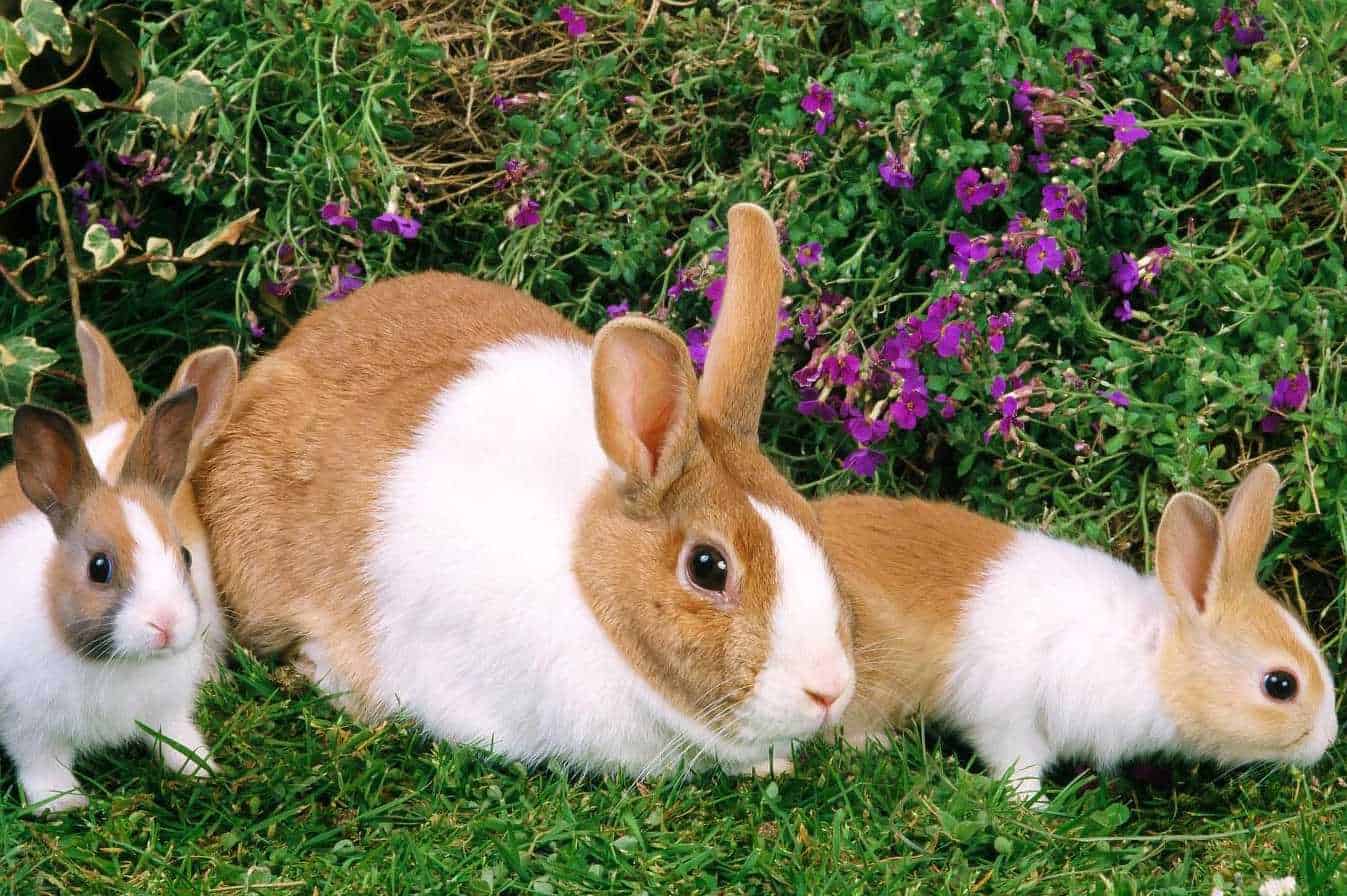 You might argue that mama rabbits in the wild often leave their baby rabbits. Well, yes and no.

Mama rabbits do leave their babies, but they don’t usually abandon them. The mothers do this so they won’t attract trouble. Their babies are pretty helpless for the first few weeks of their lives.

If a predator were to find them, they won’t stand a chance. You can say the best chance of the babies to survive is not to get found. That’s why the mama rabbit leaves the nest and only comes to feed the babies.

Whether we are talking about wild baby rabbits or domestic rabbits, it’s the same thing. They all need to be with their mothers in the first few weeks of their lives.

What is the Role of the Papa Rabbit? 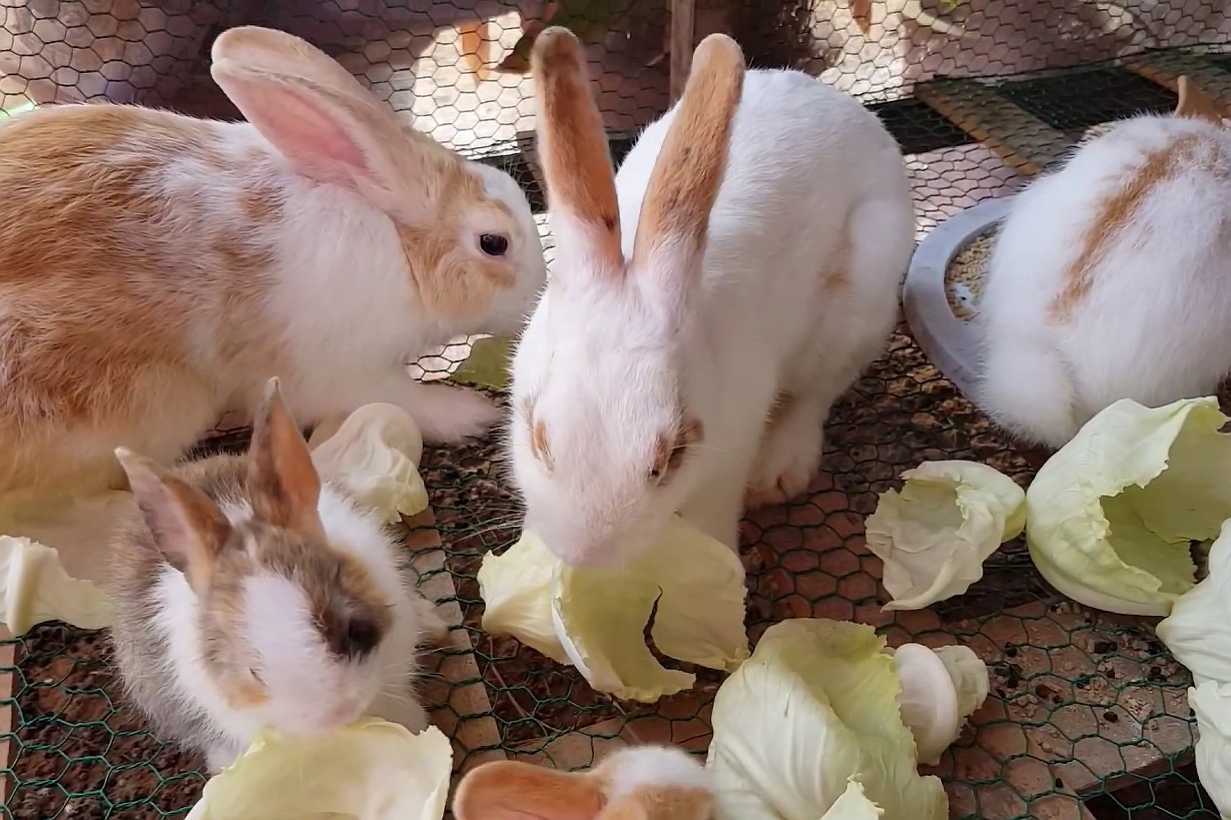 So far, we have only talked about mama rabbit and her baby rabbits. You might be wondering where papa rabbit is in all of this. Well, let’s quickly discuss about papa rabbit before we continue.

In the wild, often, the doe and the buck separate immediately after mating. Mama rabbit would carry and tend to her young while papa rabbit is probably out and trying to find another mate. He doesn’t have a role to play with the babies.

If we are talking about pets, it would be a little different. Papa rabbit likely can’t go and look for another mate. He would probably try to mate with mama rabbit again. With that, you want to separate him as soon as possible.

If you have been here before, you probably already know that does can get pregnant immediately a few days after giving birth. That is not ideal! Also, the buck could try to mate with the females of the litter immediately. Again, that is not ideal!

If you have a papa rabbit, it would be best to extract him immediately. Make sure he can see mama rabbit, though! If they are a bonded pair, complete separation could be stressful. You only want to make sure they won’t be able to mate immediately. 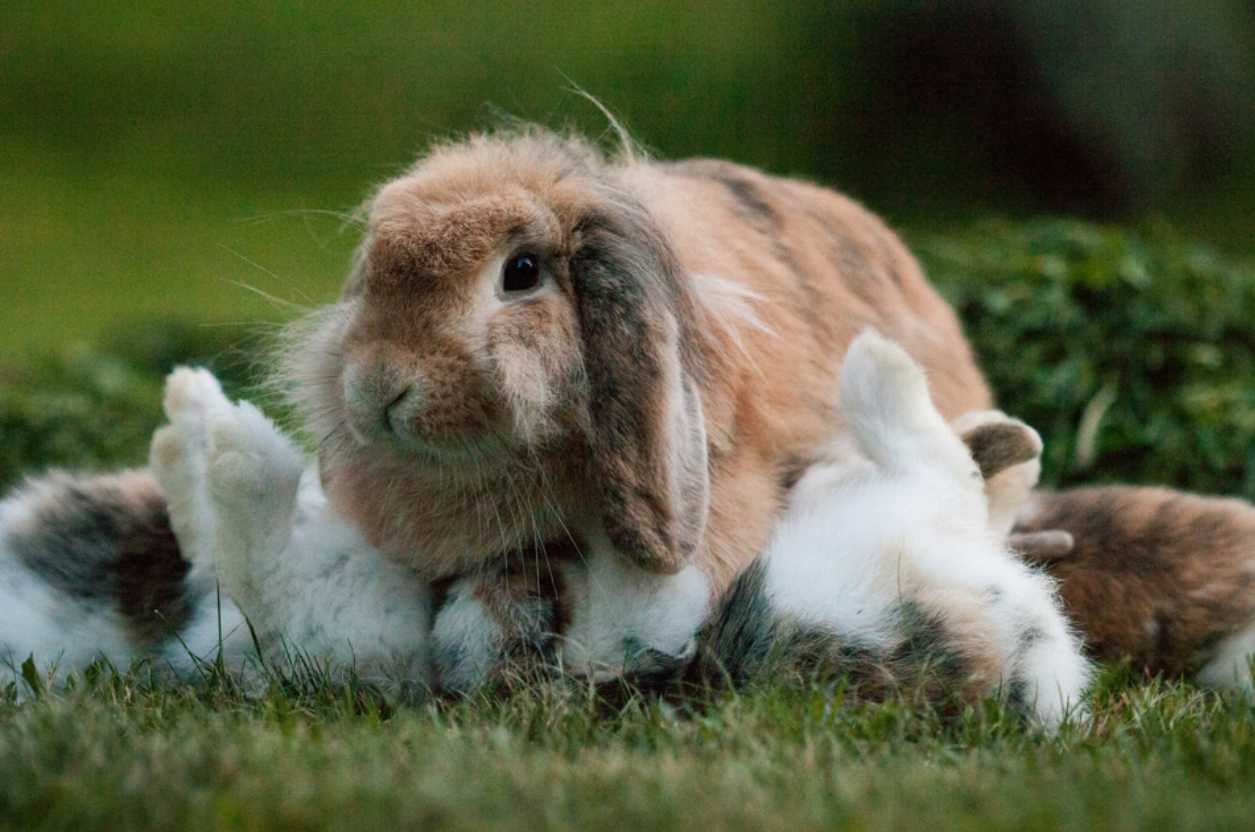 As we have said, it is only advisable to only separate the baby rabbits from their mother at the 8th week. Things don’t always go that smoothly, though. So, let’s talk about some problems you might face and how you could deal with them.

It doesn’t always happen, but you might see a mama rabbit ignoring her babies. One reason for this happening is that the doe is not yet ready to care for babies. You can prevent this from happening by following proper procedures if you plan on breeding your rabbits. However, when this happens, you might have to take over until mama rabbit is ready to take on the task.

You might not be able to stop this if a young doe is already pregnant. You might want to look for signs to be able to prepare if it happens, though. One way to tell a doe is not yet ready to be a mother is when she doesn’t start nesting despite carrying youngs.

If you have lost the litter’s mother to an accident or a disease, you could also try fostering. You can try taking the orphaned baby rabbits to another mama rabbit. If you do it right, there should be no problem. Rabbits are known to be pretty accepting of others’ babies.

On the other hand, we know that fostering is not always an option. In that case, as we have said above, you might have to take over. One of the first things you would have to worry about is milk. The milk from a mama rabbit is unique. You can’t replace it with just any other food. On the other hand, you can’t move to solids too!

You have some options on what to give your baby rabbits in this instance. There is one that you want to stay away from, and that is cow’s milk. It might be one of the most convenient choices, but it is an unhealthy option. It is harmful to rabbits, and it might even kill them!

The most common and healthy choices for baby rabbits would be kitten milk replacer and goat milk.

Raising kittens is not a walk in the park. It includes putting in tons of effort and seeking answers to many questions. Today, we answered one of those questions: when can you separate baby rabbits from their mother? As we have learned today, the baby rabbits need to stay with the mama rabbit for at least eight weeks.

On top of that, we also discussed why you shouldn’t separate them early, the things to remember when separating them, and we even talked about papa rabbit! We hope we got to help you with your first litter. Do you have any more questions or concerns with your kits? Feel free to hop on over for help!