Unlike humans, some animals can survive in dangerous terrains like swamps, deserts, and volcanoes. Here’s the volcano rabbit, a tiny animal living in volcanoes.

If you haven’t heard of a volcano rabbit yet, this article will help you familiarize yourself with this small, docile wild rabbit.

As the world’s second-smallest rabbit breed, fully grown volcanos only weigh a pound! Other interesting facts about the breed can be seen on this page. Keep reading for more! 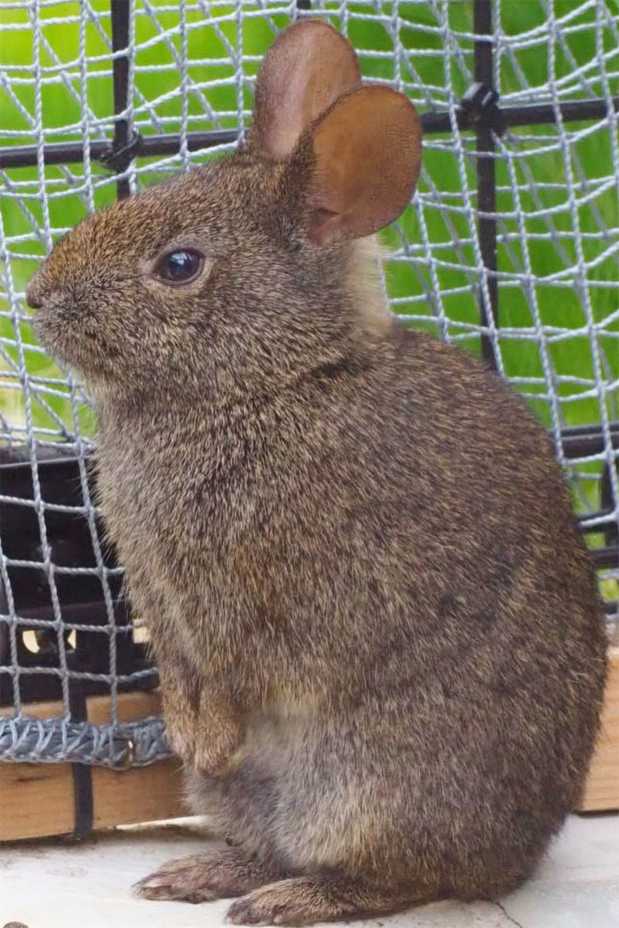 Let’s walk down history lane and go back 40 million years ago. Volcano rabbits originated from the common Oryctolagus cuniculus, also known as the common European Rabbit. The volcano rabbit was then the only species in its genus.

Since the 1900s, the breed has been restricted to the slopes of some volcanoes and ridges in the Valley of Mexico. The distribution of the breed was limited mainly to three areas of its core habitat, around 280 sq km on the slopes of the aforementioned volcanoes.

Because of urban expansion in Mexico City, volcano rabbits suffer habitat loss. In fact, this problem has increased to 15-20% in the previous three generations. Habitat fragmentation due to roads leads to a remarkable impact and risk of the extinction of the species.

Hunting volcano rabbits, according to Mexican law and CITES’ Appendix I, is illegal. However, it is not enforced. Because of this, hunting, foraging, and grass burning still occur in some areas. 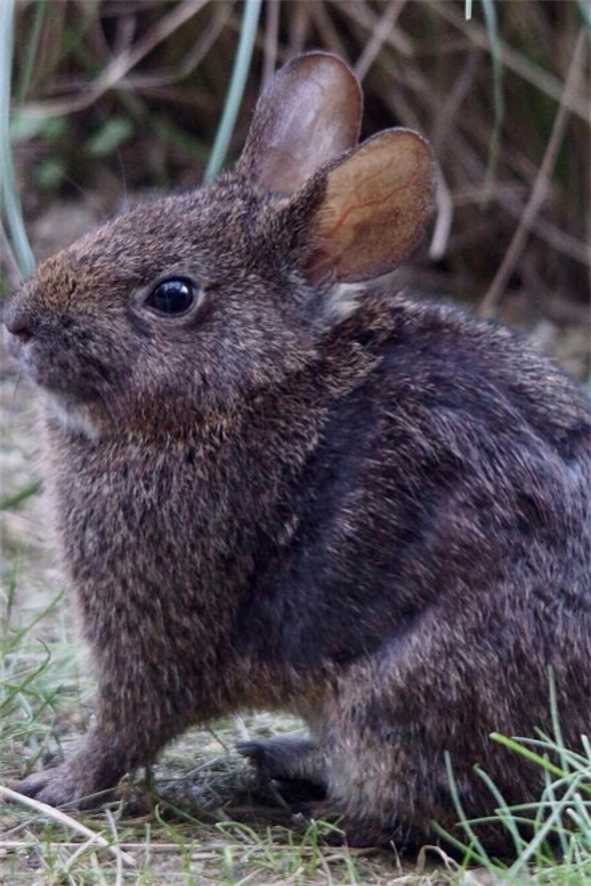 The volcano rabbit, also referred to as “teporingo” or “zacatuche,” is a tiny rabbit breed weighing approximately a pound when fully grown. And if you didn’t know, volcano rabbits are the world’s second-smallest rabbits, with the pygmy rabbits on top of the list.

This breed has chubby and rounded ears and a black or brown coating with streaks of yellow and gray. The color of a volcano rabbit’s coat helps blend in with the natural habitat of volcanoes’ rocky and muddy soil.

When it comes to the texture of their fur, volcano rabbits are known to have dense, thick hair that’s relatively short.

Volcano rabbits use dense zacaton on volcanic slopes or undergrowth, which helps them hide from threats and predators. 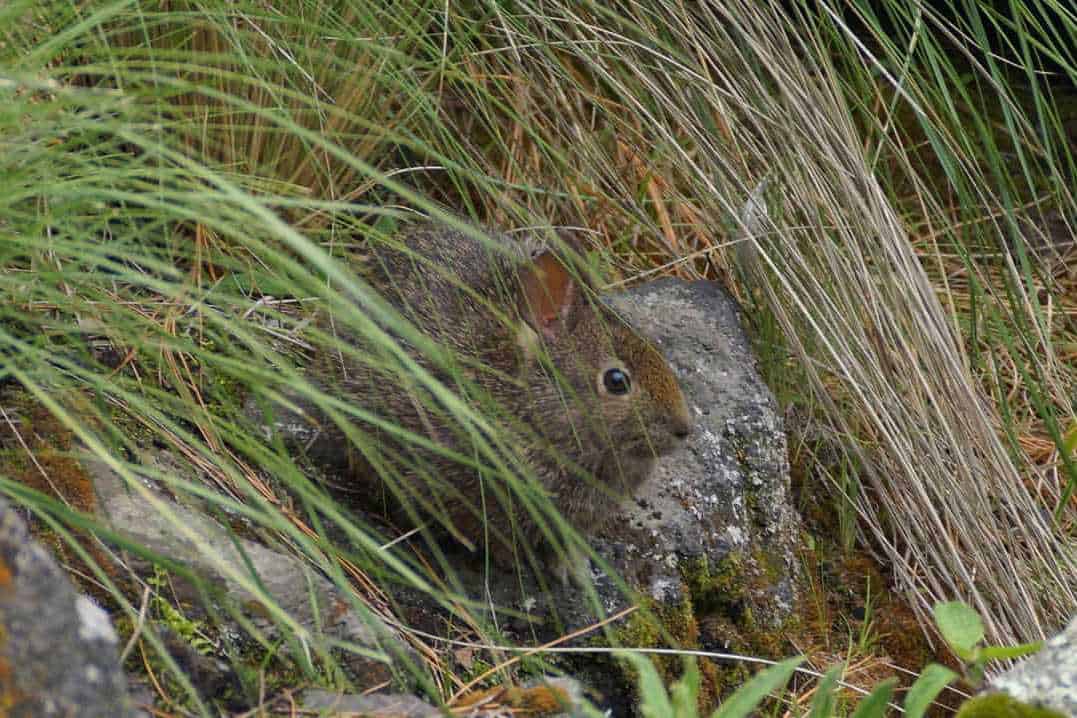 Volcano rabbits are slow in open habitats. Most often than not, they are susceptible and vulnerable in these areas. Hence, they are more suited to thrive in high, covered, or enclosed places.

Volcano rabbits strongly prefer habitat types like open pine forests, woodlands, and mixed alder pine forests, in which they are not as susceptible to threats as when they are in open habitats.

The most common predators are bobcats, red-tailed hawks, and long-tailed weasels. Besides these animals, human disturbance is also a threat to the volcano rabbit’s existence.

The range of the breed has been divided into 16 patches brought on by human disturbance. According to an article in the Journal of Applied Ecology, the elevation of these patches ranges from 2900 to 3600 meters above sea level.

Besides human activity, climate change also affects the habitat of volcano rabbits. A study has suggested that climate change puts the rabbits on the edge of their breed’s habitable range.

Other threats contributing to the species decline are agriculture, farming, deforestation, grazing, and poaching. Because of this, it is no secret that the volcano rabbit is sadly running out of room. 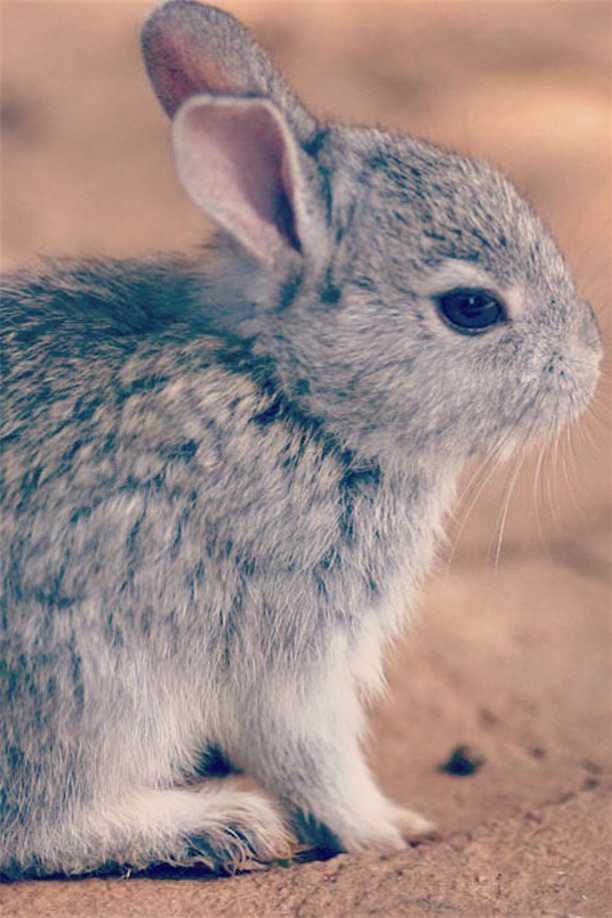 Volcano rabbits are docile and semi-social animals. They live in groups of about 2 to 5 rabbits, with the breeding pair in charge of the squad. The breeding pair is the only pair that can reproduce, in which the female asserts her dominance over the group.

Their families of 5 feed primarily on leaves, barks, and herbs and do activities mostly at night. Volcano rabbits are nocturnal and crepuscular. Due to this, they are found to be most active during dawn and dusk.

The unique rabbit breed mostly stays up on the surface of volcanic slopes, but occasionally, the breed finds shelter in burrows dug by other animals. Volcano rabbits use holes made by other animals because they can not create them as they do not have the means to.

Volcano rabbits are capable of swimming, like other rabbit breeds. However, this skill may not be as good as other species. It’s also a must to note that water is not well-tolerated by rabbits. Water and bathing can be stressful for them.

This breed communicates with other volcanos by thumping their feet. But what’s unique about volcano rabbits is their ability to vocalize sounds. Did you know that the species is the only Leporidae member that can do this? How extraordinary is that!

Despite the fantastic abilities of volcano rabbits and their tactics to escape predators, this breed can not be house pets. They can be frightful, which is understandable as they are prey animals.

They thrive in the wild and find comfort in the mountains of Mexico City, with their high slopes and altitudes. Hence, bringing them to your home is not recommended.

Knowing that volcano rabbits are an endangered species, you should never try to adopt one of them. They will not likely tolerate being with other animals as well.

Volcano rabbits will not thrive if you keep them inside your home. Besides that, hunting them is illegal according to Mexican Law. 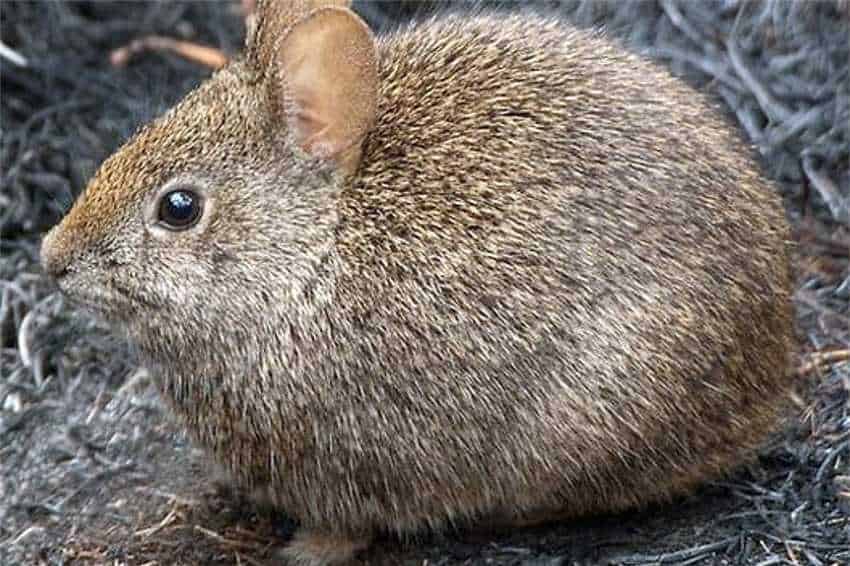 There is not enough information on breeding and gestation for volcano rabbits. However, experts suggest that females of their genus have 2 or 3 kittens after successful mating.

Volcano rabbits can mate up to 5 times each year. The peak season for gestation for this breed is during spring. However, they can still mate year-round.

Besides thumping their feet and vocalizing sounds, volcano rabbits also communicate through their scent glands.

A volcano rabbit is not at risk for any disease. Volcano rabbits are considered a healthy rabbit breed because of their natural habitat.

However, there are still a few health issues for rabbits that may be inevitable. They are not immune to common rabbit diseases, so constantly monitoring them is a must.

One of the most common health issues that volcano rabbits can encounter is parasitic infections. Ticks, mites, and fleas are naturally found in their habitats and can infest them. Parasites often affect rabbits with poor hygiene and those who live in dirty surroundings and cages.

Other than medications, rabbits also need to be dewormed at least once every year. Deworming rabbits is usually done during spring and fall.

Like any other rabbit, volcano rabbits are also prone to having malocclusion. Malocclusion is due to their continuously growing teeth. Because of this, rabbits need lots of hay in their diet to compensate for their long and big teeth.

A volcano rabbit is not a house pet. It is a wild rabbit. Hence, caring for volcano rabbits is up to the experts. This care sheet is a general guide primarily for domestic rabbits of any breed.

Caring for a volcano rabbit may have similarities to caring for pet rabbits. They will need the primary care elements, including correct diet, grooming, housing, medical attention, and companionship. 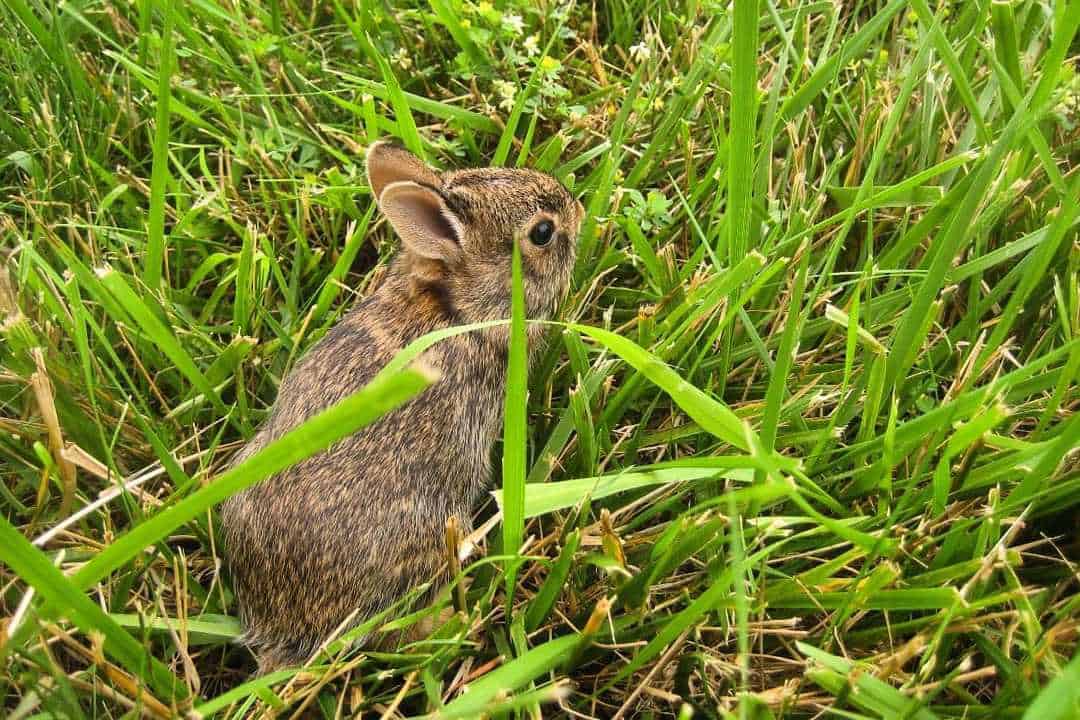 All rabbits need lots of hay. They chew on large amounts of rabbit hay to grind their teeth and keep their digestive system functioning well.

Volcano rabbits can also eat pellets, green vegetables, and fruits for a well-balanced diet in captivity. A volcano rabbit can have several food options in its natural habitat, including grasses, twigs, weeds, and birches, which are safe for consumption.

And, of course, water is an essential part of a rabbit’s diet. All rabbits should have access to fresh and clean water throughout the day.

A volcano rabbit’s fur is short and dense. For maintenance, rabbits with short fur need regular grooming. Brushing their coat will help keep it soft, shiny, and tangle-free. Regular hair grooming also keeps pests away from the rabbit’s coat.

Brushing can be done using a sturdy brush. It is done at least once a week. Another option is to use your hands to stroke and remove dirt, especially when rabbits just spent their day outdoors.

Besides brushing, it is necessary to keep your rabbit’s nails trimmed every month. It is also a must to check your rabbit’s mouth for overgrown teeth.

Cleaning your rabbit is easy and can be performed using a damp towel. Spot cleaning is key to removing mud and dirt. Simply wipe your rabbit’s fur down. Bathing may not be an option since it can stress out your rabbit.

Do not forget to clean your rabbit’s ears regularly. If you do not have the proper tools, you may ask your vet for a rabbit ear cleaning.

Volcano rabbits aren’t suitable as house pets because they are endangered. They belong in the wild, particularly in the volcanoes of Mexico City. Never try to capture any of them, nor try to hunt them down.

As semi-social animals, volcano rabbits thrive in groups of 2 to 5 rabbits. Female rabbits present dominance over their male counterpart.

While there are no particular health issues inherent to volcano rabbits’ breed, they are not immune to common medical conditions. As discussed earlier in this article, experts are responsible for caring for and studying this wild rabbit breed.

A volcano rabbit is among the tiniest wild rabbit breeds in the world. Volcano rabbits thrive in the mountains of Mexico City and they currently face lots of threats to their existence.

Hence, they are not well-suitable for homing. Caring for this wild bunny should be left to the experts.