Growing up watching Bugs Bunny gives most of us an impression that rabbits are somehow large animals. But do you know that there are small rabbit breeds?

This article will unleash the 10 most small rabbit breeds that are best for everyone. 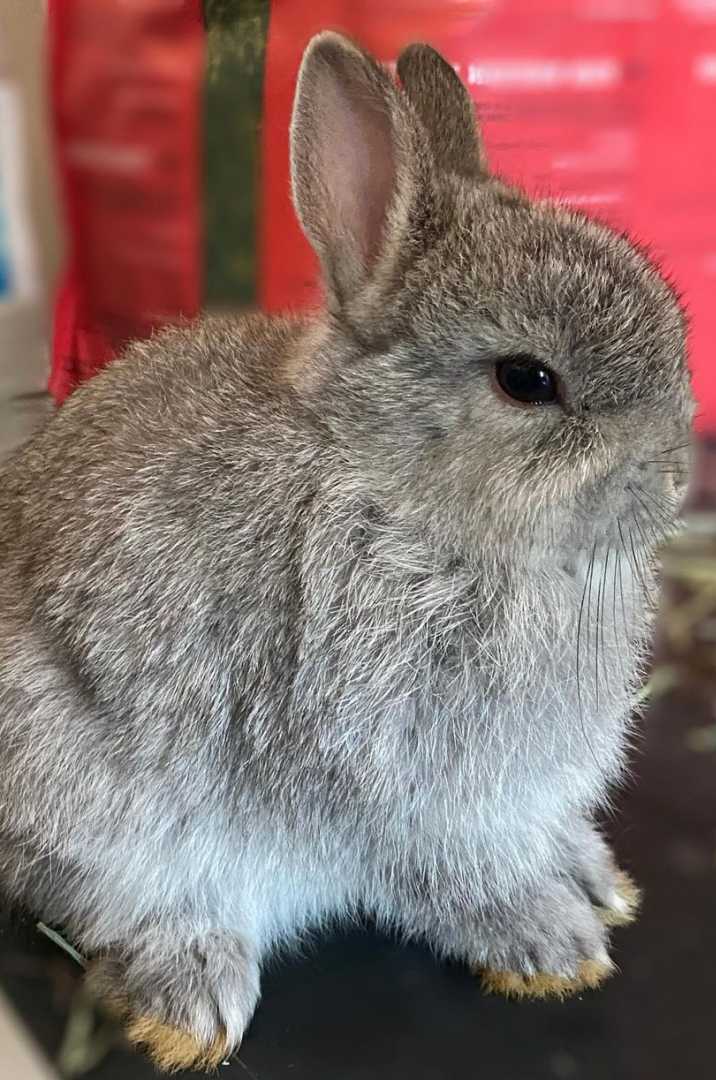 This domestic rabbit breed originated in the Netherlands due to cross-breeding a Polish rabbit breed, and the wild smaller-sized rabbit breed is recognized as the world’s smallest rabbit breed.

Though their body is small, the Netherland Dwarf rabbits are full-chested, with erect ears, their hind legs are tiny, and they are fully covered with a soft and short coat.

The Netherland Dwarf rabbit breed looks so cute. But don’t get these rabbits wrong, they are temperamental, and they can sometimes get very aggressive, which makes them not an ideal rabbit pet for children.

Suppose you wonder how some people managed to get, keep and transform a Netherland Dwarf into a lovable pet, more likely. In that case, the owner of this small rabbit breed is probably training the Netherland Dwarf bunnies to become gentler and tamer.

The Netherland Dwarf, however, is popular in pet shows and exhibitions. This baby-faced small breed rabbit comes in various colors including jet black, lilac, blue, and orange. 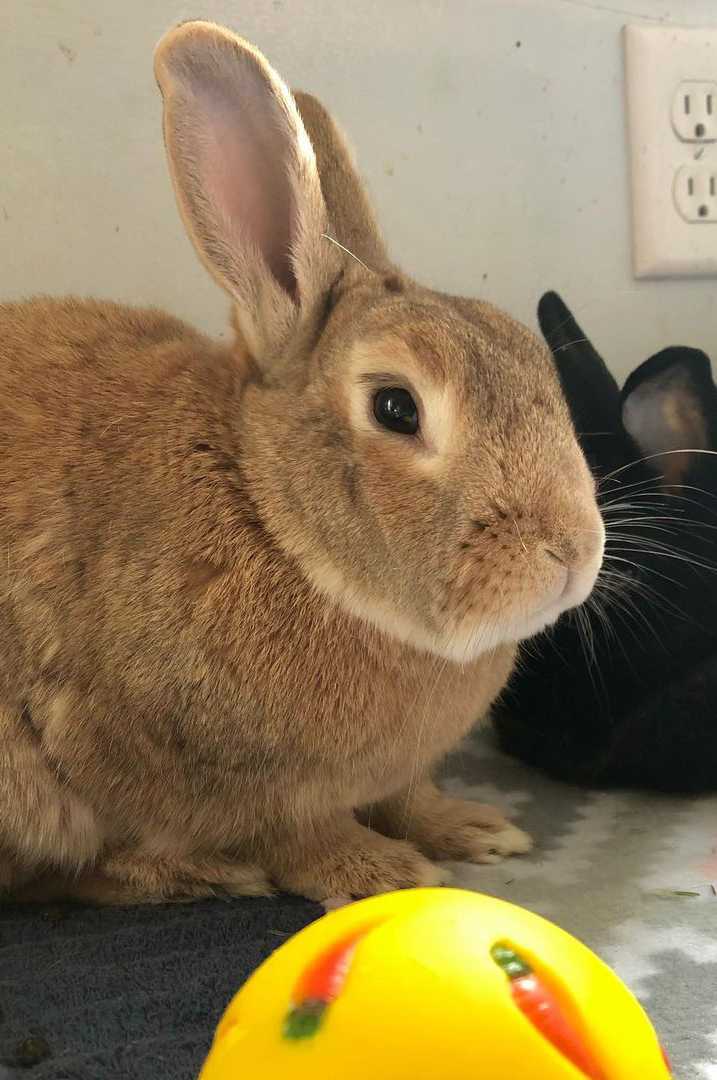 The Polish rabbit breed is another small breed you will fall in love with. The Polish rabbit or ‘little aristocrat’ is allegedly a cross-breed of a Dutch and Himalayan rabbit. They were initially larger breeds raised and farmed for their meat and bones.

Today, the Polish rabbit breed is considered one of the small rabbit breeds without any dwarf gene.

Their appearance widely recognizes them as a rabbit with large eyes, full cheeks, and ears shorter than regular rabbits. The Polish rabbits’ calm and friendly temperaments make them an ideal and excellent pet for children, and they do not need ample space.

These rabbits are naturally more intelligent and more trainable than most magicians who choose this rabbit breed to do the magic tricks. 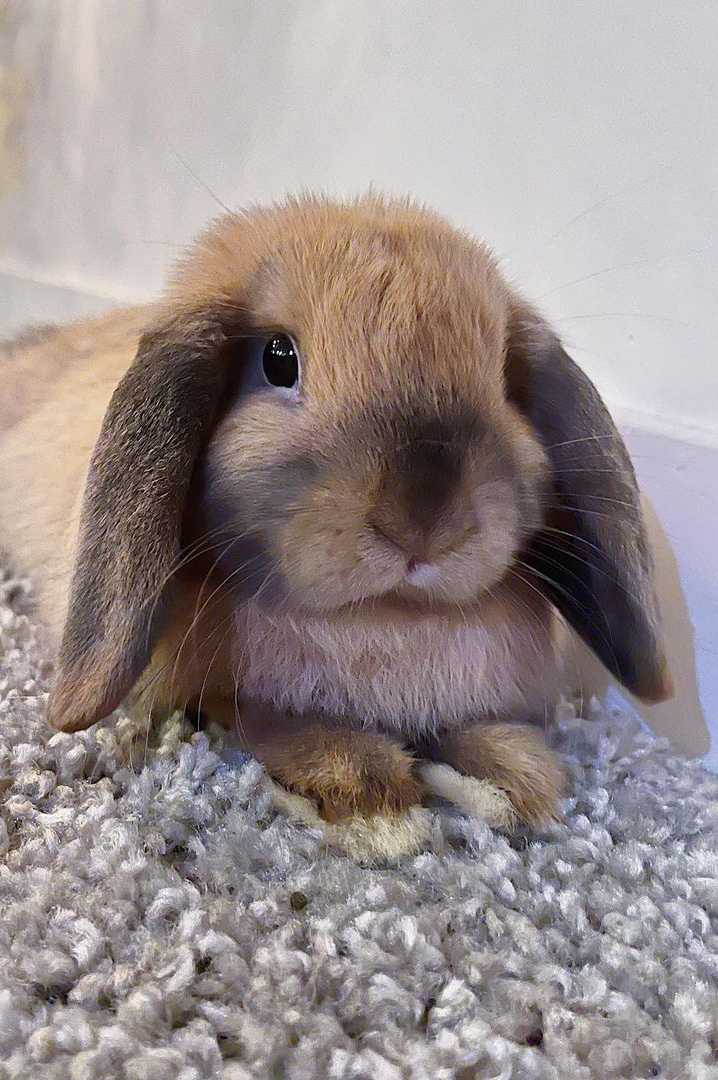 To have the best quality rabbits, a judge and rabbit breeder named Adriann de Cock decided to develop a dwarf rabbit, an ideal house pet and perfect breed for rabbit shows.

The Holland Lop’s compact body, with around an inch-long fur, can grow up to 12.7 to 15.2 cm or 5 inches to 6 inches long only. Its short body, broad head, and large fluffy ears are the distinct characteristics of the Holland Lop breed. 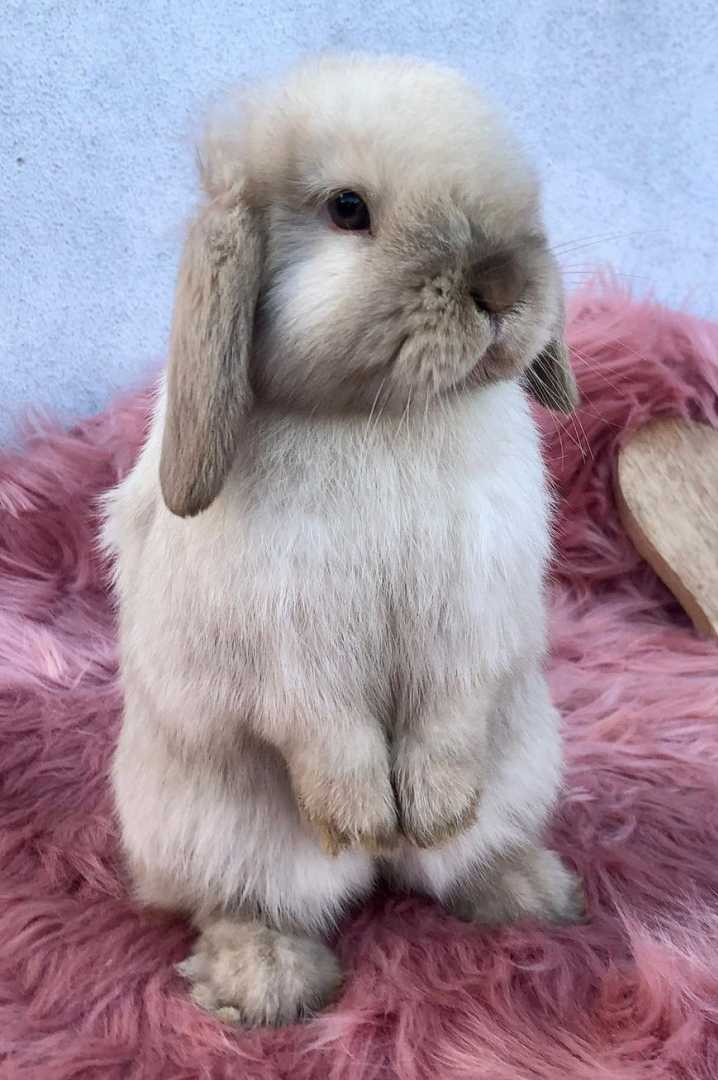 Though the Chinchilla rabbit somehow looks like a Chinchilla rodent, rabbits can not breed with rodents.

The Mini Lop Rabbit breed is widely known for its small stature and temperament. They are calm, docile, affectionate, sweet, and fun-loving rabbit breeds.

They look beautiful with their round body type, little drooping ears, and short fur that comes in different colors.

Though small in size, the Mini Lop’s body is full of muscle with its head seems like it is simply sitting or attached to its compact body.

However, not because they are muscly compared to other small breed rabbits, people are highly advised to handle the Mini Lops as they are delicate. 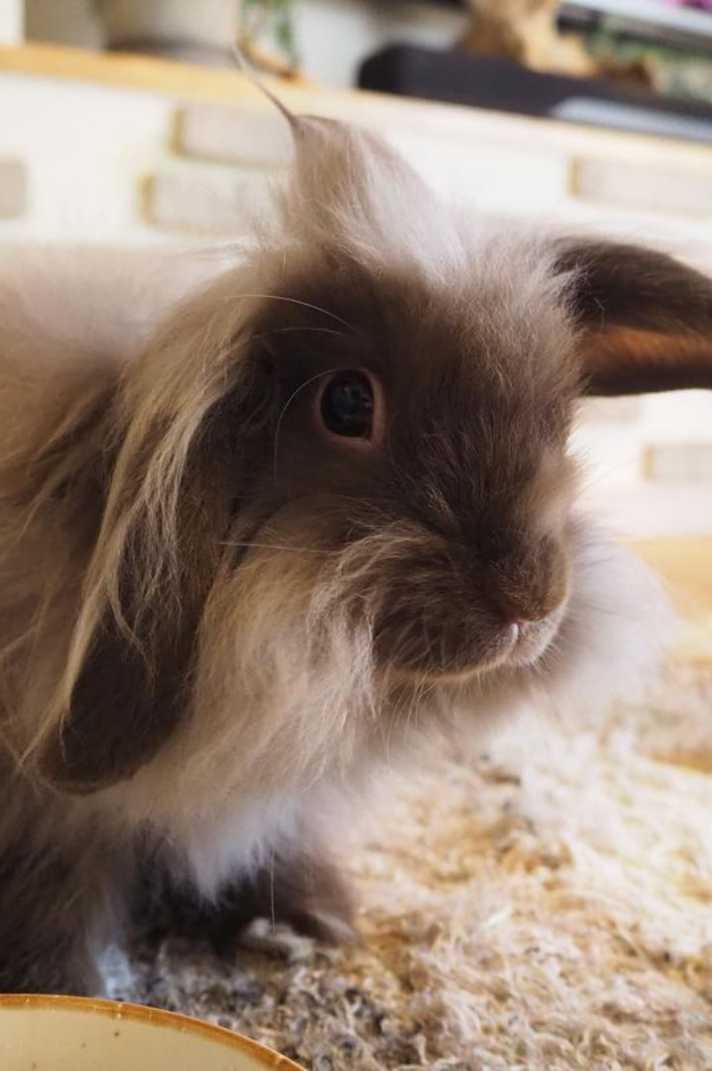 After four years of crossbreeding the Holland Lop with English Spots rabbit breeds, the American Fuzzy Lop was successfully developed.

Though the breeders were able to retain the features of a broken rabbit gene, unfortunately, they failed to keep the Holland Lops fur characteristic – a rollback fur. Then they tried breeding the litters of the Holland Lop and English spots with French Angoras.

The breeding process created a variety of Holland Lop-French Angora litters where some of the litters are developed along or short-wooled Holland Lop rabbits with a small drooping ear.

They look like Holland Lop with wool of American Fuzzy Lop.

The American Fuzzy Lop has distinct characteristics. They have a specific marking on their flat nose, spots on their little fluffy ears and their eyes are round. They come in various colors, and their wool color comes in either white or colored. 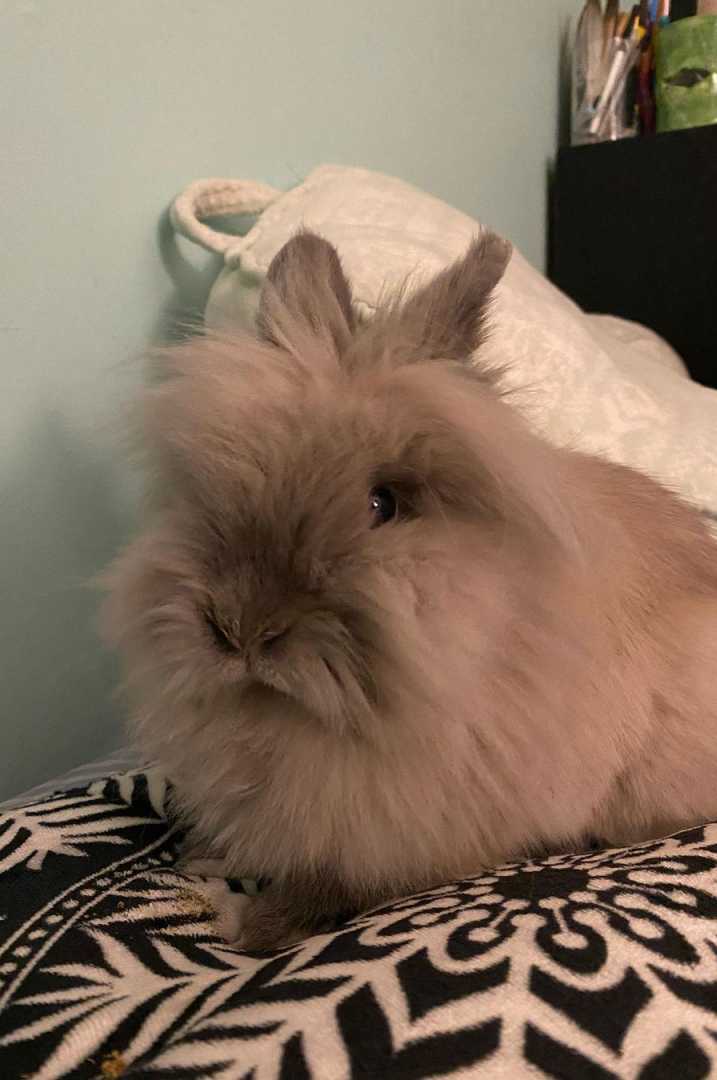 Some people debate whether the Lionhead comes from the United Kingdom or the United States. So, let us clear it today.

The Lionhead was first recognized in the United Kingdom as the newest rabbit breed that they must add to the list.

The Lionhead’s name comes after its very distinct appearance. This rabbit breed has a lion-like wool mane around its head, which can be thinner or thicker.

Though they have a wool mane, their head is typically more prominent than their body. Their nose and ears are beautifully developed, and their legs are asymmetrical.

When it comes to its colors, the Lionhead comes in various colors, including black, silver marten, tortoise, and Siamese sable. 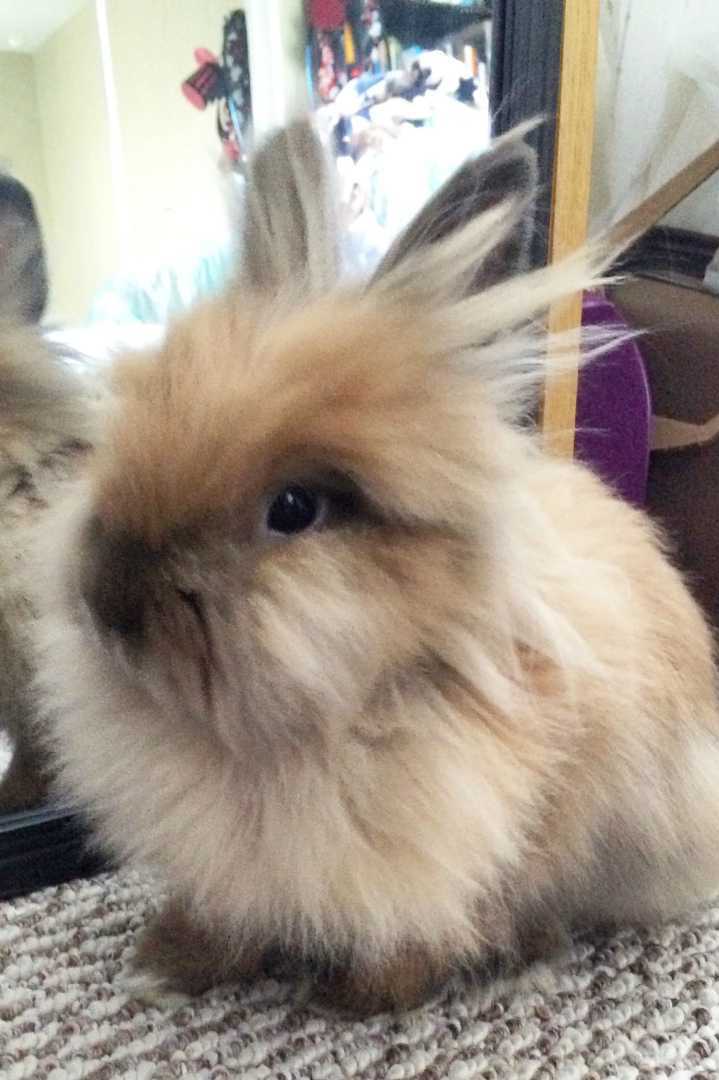 The Jersey Wooly breed was developed in New Jersey, the USA, where it got its name.

A rabbit breeder from High Binge, New Jersey named Bonnie Seeley decided to cross-breed a Netherland Dwarf Rabbit with a French Angora Rabbit, which resulted in a litter of rabbits with wooly coats.

Though they are wooled, the Jersey Wooly’s coat is easy to maintain.

The Jersey Wooly’s fur is dense and is susceptible to rabbit mites if not groomed and checked regularly. The Jersey Wooly rabbit breed shares the same characteristics as other small breed rabbits. They have a short, round, and compact body.

Their face looks like a Netherland Dwarf. Adult Jersey Wooly maintains a baby face look with round heads, big eyes, and small ears. The Jersey Wooly is ideal for children because they are less aggressive and sweet. 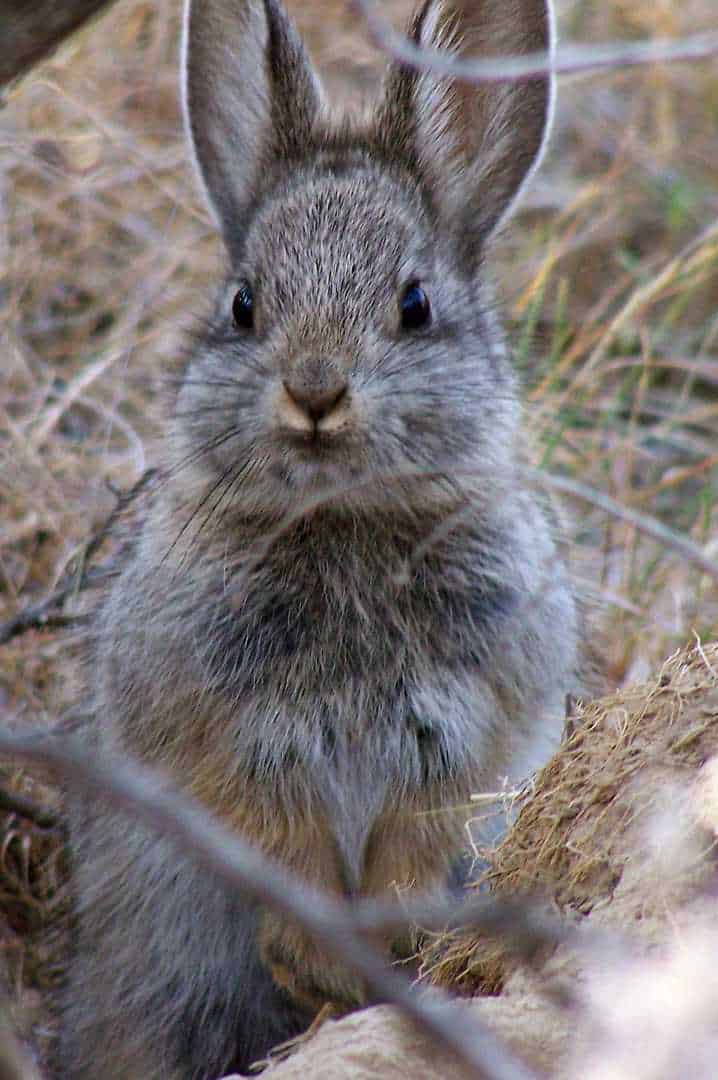 The Columbia Basin Pygmy is currently an almost-extinct rare breed. The smallest North American rabbit breed is native specifically to an area in Washington. Now, the government created programs to preserve the species.

The Columbia Basin Pygmy is petite in size. They have around but compact bodies and small ears, which are proportional to their body. Their tail is very short that it blends with its body, and their claws are more extensive than a typical small rabbit breed.

The Columbia Basin Pygmy rabbit breed also has a soft and fluffy grayish-brown fur that helps fight terrible weather conditions. It keeps their body temperature within the normal range.

What is interesting is, though the Columbia Basin Pygmy has pretty tiny legs, they can still hop at around 15 miles per hour.

Because these rabbits are naturally from the wild, only a select few can handle this delicate creature. They don’t make it the best pet for inexperienced rabbit handlers or children. 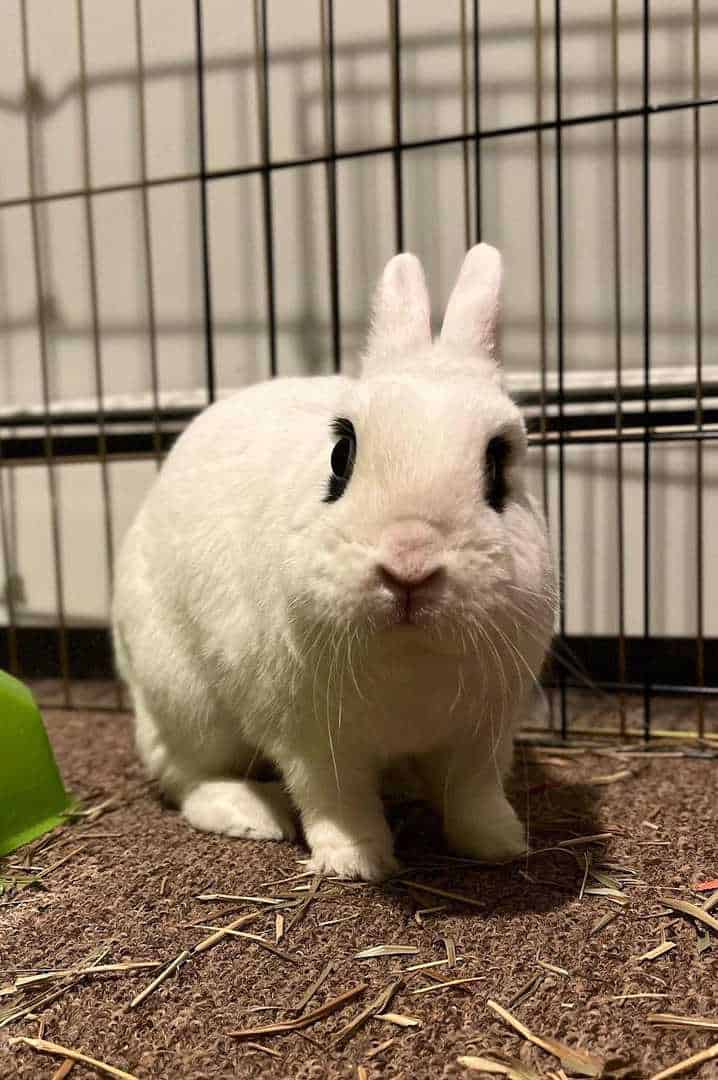 Don’t get this mistaken with Large Hotot breeds, as this is a different breed. The Dwarf Hotot results from cross-breeding a White Hotot and the Netherland Dwarf.

This small rabbit breed was then introduced in the United States for rabbit shows.

You can easily distinguish a Dwarf Hotot rabbit breed because of its prominent white fur and black eye linings or markings.

Their hind legs are round, and their shoulders are broad. At the same time, their ears are short, semi-pointed, and thick.

When it comes to Dwarf Hotot’s fur, they are rollback, short, dense, shiny, and come in different colors that you can choose from.

Their temperament is super friendly, and they are attention seekers, which makes them the best pet for people who love rabbits. However, they are not as playful as other small rabbit breeds. 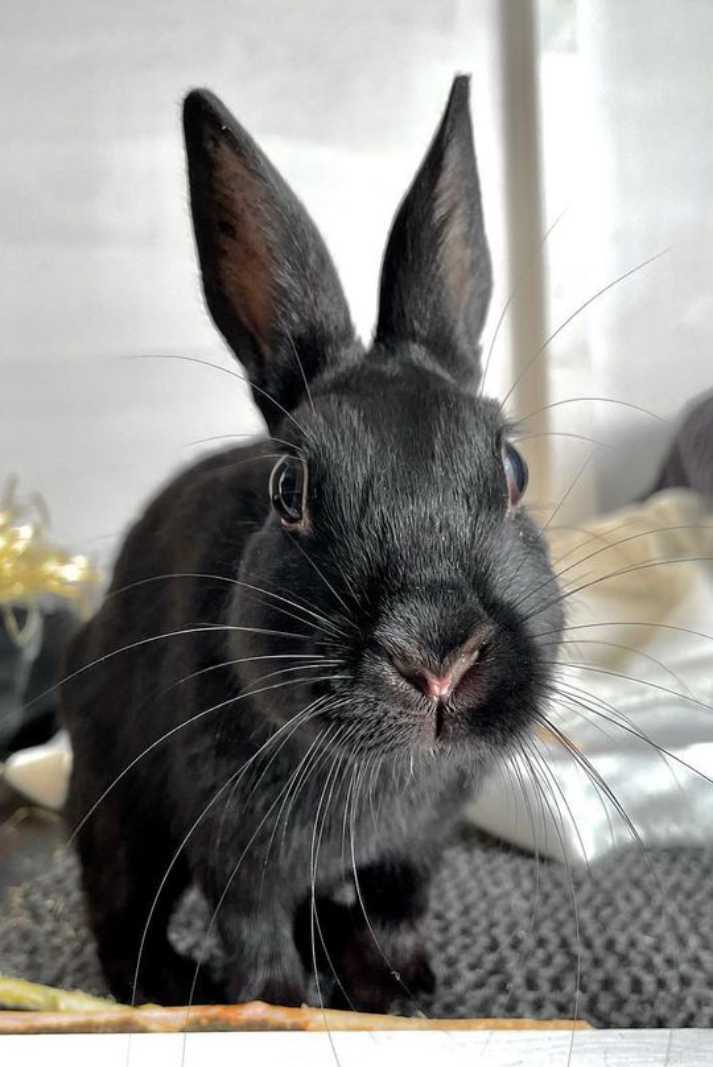 The Britannia Petite rabbit breed is one of the oldest smallest breeds registered. They were originally from England due to small wild rabbits and the Belgian Table rabbits in the 19th century.

Their compact body is wholly arched. At the same time, their heads are entirely smaller than regular small rabbit breeds. The Britannia Petite’s eyes are big and protruding, and their ears are short and pointed.

This small rabbit breed is not shy when it comes to its temper. They are friendly and super active. Because of the Britannia Petite’s nature, these breeds are not ideal for children or inexperienced adults.

Though most small breed rabbits are good house pets, some are not ideal for a family with children or anyone who doesn’t have any experience handling rabbits.

But regardless of what small rabbit breed you may get, always handle them gently and with care.