An owner may breed a Satin Angora Rabbit for wool production with their thick and soft fur. However, these creatures are more than beautiful fur. When it comes to rabbit shows, they are tough to beat. But are they perfect for you as a pet? Keep reading to learn more! 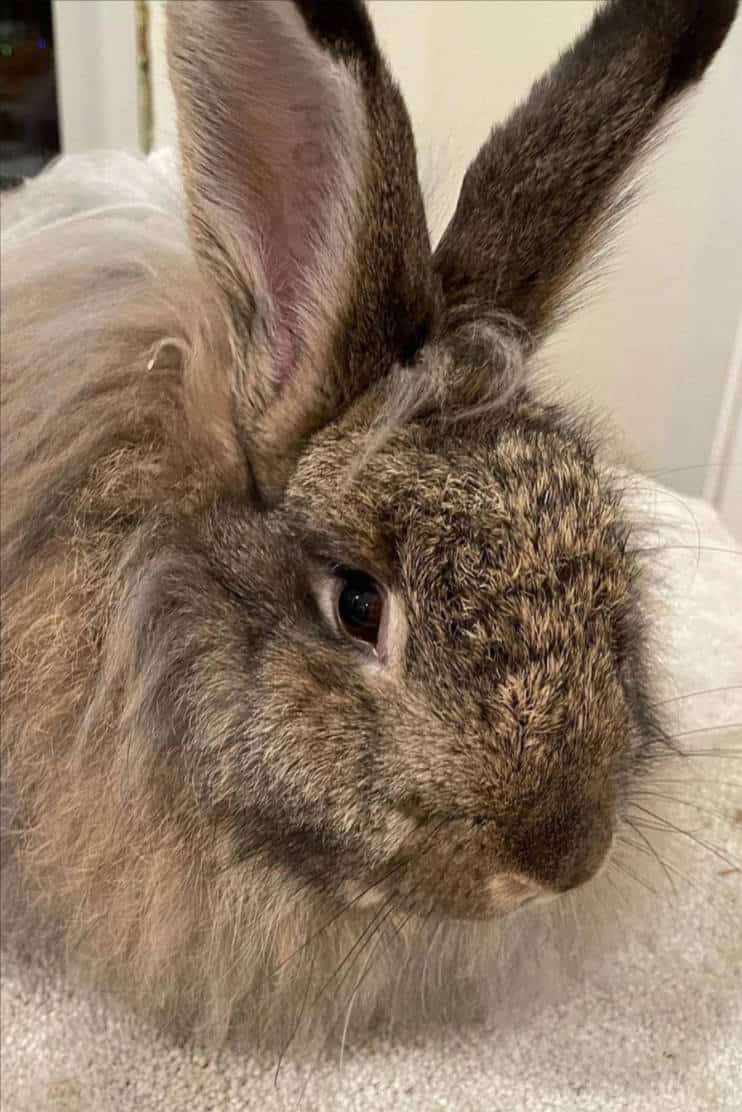 Angora rabbits originated from Ankara, Turkey. They have been recognized as one of the oldest woolly types of rabbits. The first time this breed was introduced to the United States, it was classified into one breed type.

It was called “Angora Wooler”. But in 1939, Angora rabbits were reclassified into two classes. These are known as English Angora and French Angora rabbit.

Because of their lovely coats, Satin Angora rabbits stood out at rabbit shows. Most of the time, they are the toughest competition to beat. Today, the ARBA recognizes four different types of Angora rabbits.

These are the French, English, Satin, and Giant Angora rabbits. The last breed was acknowledged by the association of German Angora rabbit breeders. Known as German Angora, it is one of the rarest breeds of rabbits.

For wool production, a Satin Angora rabbit may cost about $250. The continuous harvesting of wool from these rabbits raised an issue.

In 2013, PETA held a campaign against Angora rabbits’ gruesome reality. An undercover investigator revealed how the rabbits screamed in pain. He witnessed and recorded the wool harvesting on some farms.

Some companies worldwide decided to stop using wool from Angora rabbits. After knowing what the rabbits had to go through, a top fashion retailer chose to ban Angora wool.

Some claim that the process doesn’t harm the rabbits. But others protest that they can still be injured from cuts and nicks. 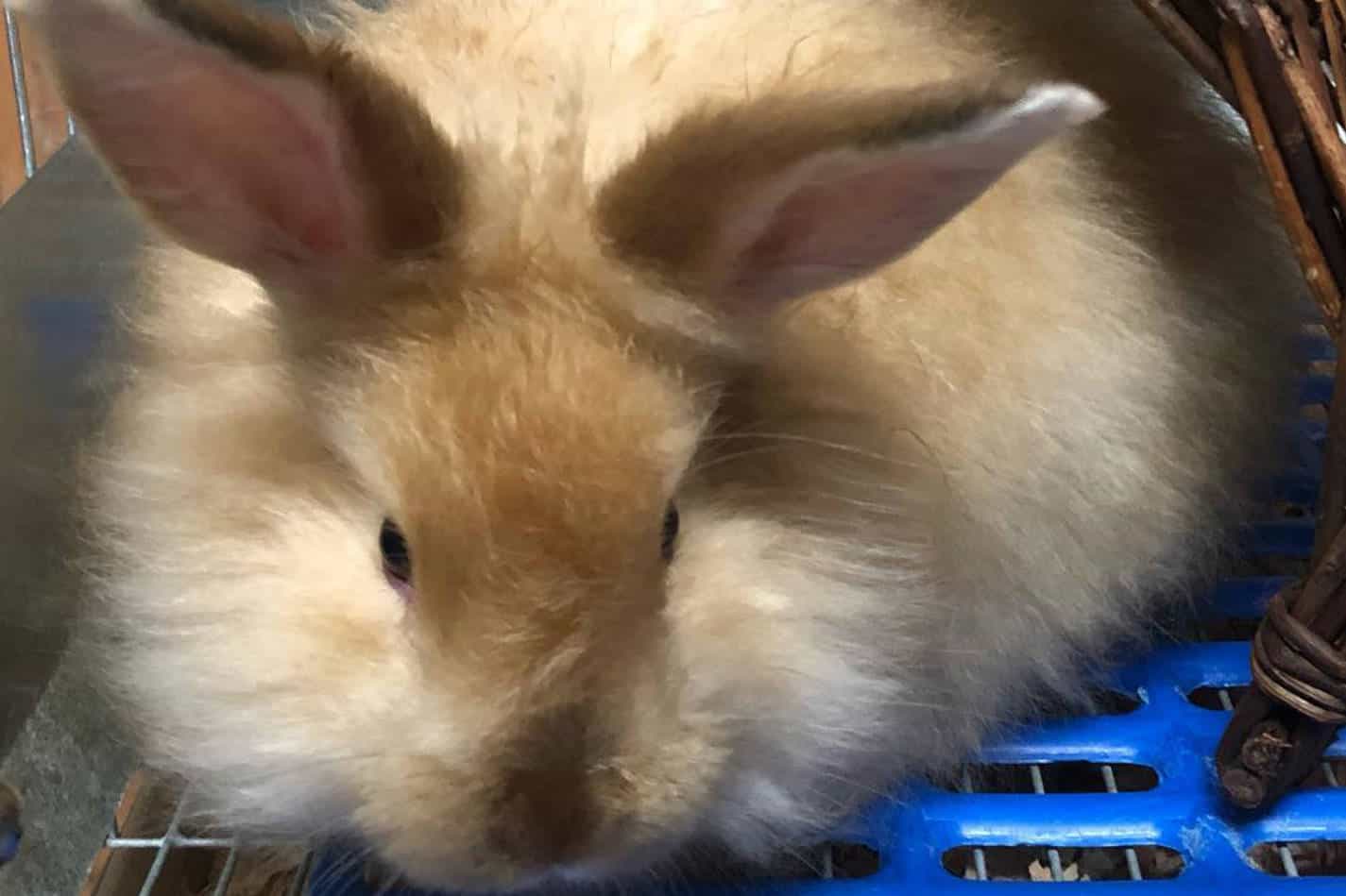 Thanks to their recessive genes! Because of this, the opaque pigment on the hair shaft becomes translucent. Aside from that, they have the finest strands of fur. Amazingly, these strands don’t trigger allergies.

The coats of Satin Angora rabbits are white, brown, gray, tan, or combinations of these colors. The patterns of the colors of their furs are not broken, unlike with the French Angora rabbits.

You can quickly identify the color of this breed by simply looking at its head and ears. The pigment that you can see on these parts of its body can also be seen on its long wool fibers.

They are also known as fiber animals because their coats are removed for wool production. These wools are usually turned into garments and blankets. Like human hair, their coats grow back after some time.

In terms of their weight, they can reach between 3.5 pounds to 9.5 pounds. Commercial-type rabbits are medium in length.

You will notice a slight taper from the shoulder to the hips if viewed from above. This breed has an oval head with a broader forehead and a narrower muzzle. Their ears are sometimes erected or slightly tufted.

Their maturity reaches when they are seven to eight months old. If you don’t have plans to breed your Satin Angora Rabbit, make sure to spay or neuter them.

It must be as early as four to six months old. A Satin Angora Rabbit can live up to 7 to 12 years, a longer lifespan than other breeds. 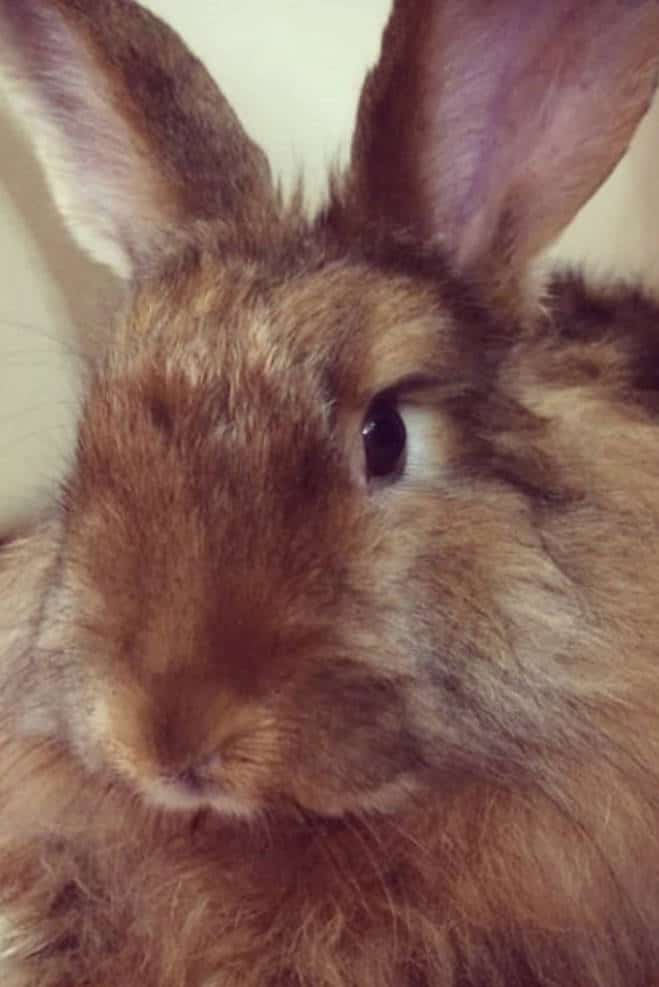 These joyful bunnies love human attention. They are so friendly that they can get comfortable easily even with strangers. Also, they are quick to adjust to any home.

Since they are used to being held, they love to be cuddled and petted. However, if it’s the first time you have met the Satin  Angora rabbit,  don’t hold it right away. Like other rabbits, you must respect their personal space. Cuddling them right away may frighten them.

With its docile nature, this breed also gets along quickly with children. It is a perfect pet for those who have kids in the family.

However, you must teach your children how to handle them properly. These rabbits have delicate spines. Satin Angora rabbits are not hyperactive, so they are the best companion in quiet homes.

Naturally, Satin Angora rabbits are also playful. They love to nibble some toys for mental stimulation. They also don’t have difficulty getting along with other rabbits.

With their unique personality, these rabbits may also show some mischievousness. When staying inside your house, they may behave like a cat. They sit in any corner and greet their owners at the door.

Satin Angora rabbits are also intelligent creatures. You can train them on how to use their litter. Aside from that, they can respond when their names are called. When you put them on training, don’t forget to be patient with them.

Satin Angora rabbits tend to ingest some of their furs when grooming themselves. Rabbits cannot spit up the fur they have consumed.

These hair strands will go directly to their digestive system. Rabbits may excrete them, but there are chances that these furs may get trapped inside the guts. It is also known as a hairball.

Woodblock can be fatal, so you must determine its symptoms as early as possible. One of the symptoms is that the rabbit will lose its appetite.

Also, the droppings of the rabbit may be too small. If the hairballs grow larger, the rabbit may palpitate. It will cost the bunny to become lethargic.

Bring your pet to the vet immediately if you have noticed some symptoms. It would be best if you also eliminated the pellets from its diet.

Instead, feed it with some papayas or pineapple juice. With the help of these two fruits, the stomach can break the hairball easily on the digestive system.

Because of their thick coats, Satin Angora rabbits are prone to overheat. This usually occurs, especially in hot weather. This condition is easier to prevent than treat.

A rabbit suffering from overheating may experience fast and shallow breathing. You will also notice wetness around the nose. It may also toss its head back and forth with the mouth open.

If you notice that your rabbit is suffering from overheating, bring it to a cool place. To lower its body temperature, get cool water and dampen it on its ears. You must also give your rabbit freshwater with some ice cubes. Next, bring it to the veterinarian right away.

Malocclusion is a dental condition of rabbits. It happens when there is an overgrowth in the molars or incisors of rabbits. This condition may result in painful chewing.

Abscesses around the mouth and weight loss may occur. If this happens, go to the vet so that he can cut the overgrown teeth. To prevent this from happening again, feed your pet with high-fiber hay. 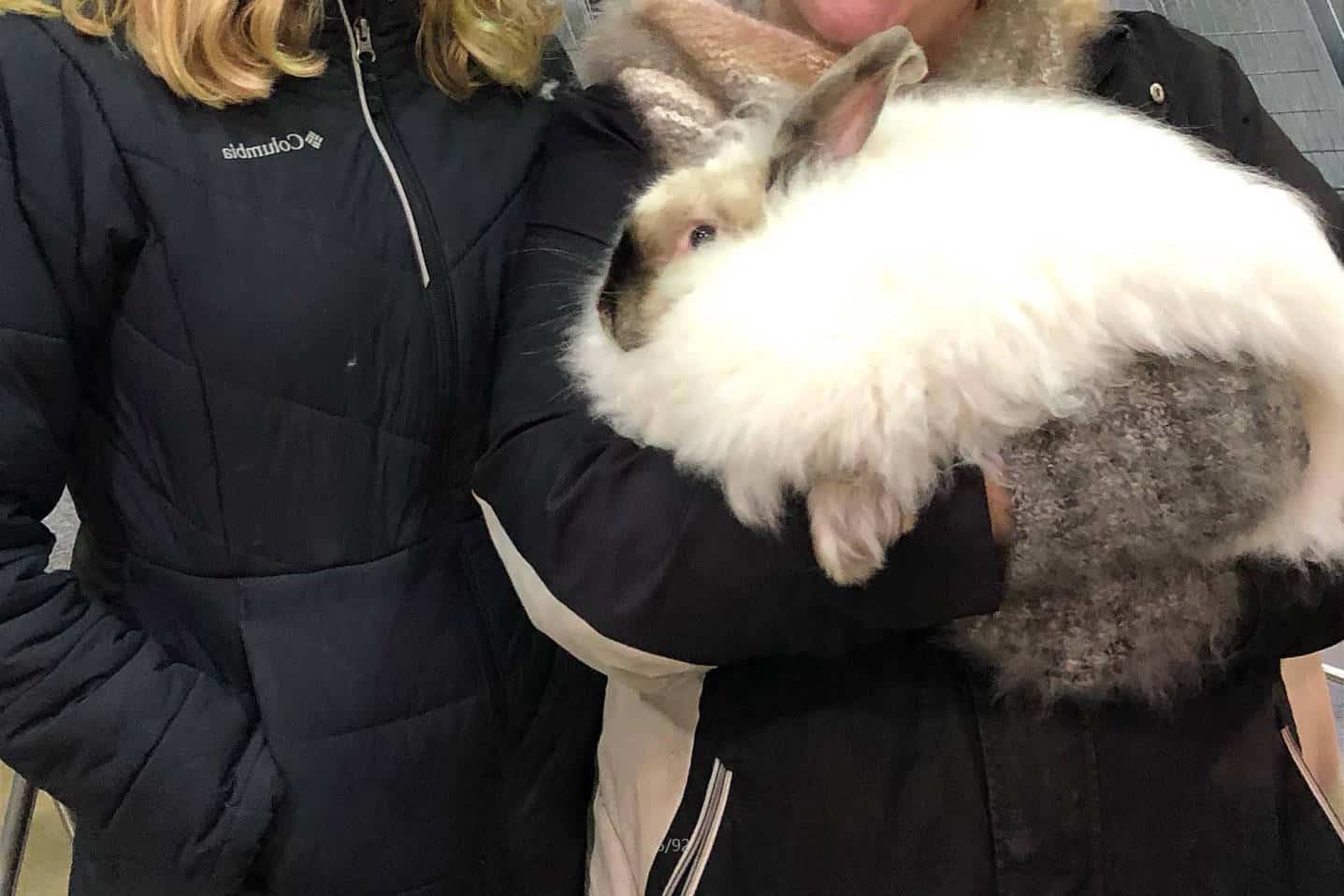 The amount of food you should give to your pet should be based on age, size, and activity level. The diet of an adult Satin Angora rabbit must consist of 70% of hay.

The hay that you feed must be as large as its body. Never overfeed your rabbit. It may result in obesity and fatal digestive diseases.

You can also add a small amount of veggies to your diet. Some of the vegetables that Satin Angora rabbits can eat are bok choy, Brussel sprouts. Cucumber and carrot tops are also beneficial to health. Treats like apples, pears, and bananas must be given moderately.

Satin Angora rabbits, like any other breeds, also love to exercise. Let your rabbit roam freely in your garden or inside your house for at least three to four hours a day.

But make sure that there are no predators around and there is no chance that it can escape from your backyard. Since Satin Angora rabbits are docile, you can also let them play with other meek rabbits.

Make sure that your rabbit’s cage is large enough so that it can jump and play around. Exercise is essential for rabbits to stay healthy and prevent obesity.

You can also provide some toys so that it will also have mental stimulation. A bored bunny usually does unhealthy activities. These may lead to illnesses, especially if it ingests its fur and chews its cage.

Grooming is essential to Satin Angora rabbits because of their thick, long coat. You must at least brush your rabbit’s fur at least two to three times a week.

Use a wire-bristle comb so that your rabbit may enjoy a soothing feeling while you are brushing its fur. Plus, wire-bristle combs are more effective in removing the dirt from the coat of rabbits.

When in shedding season, your rabbit needs more grooming. Ensure that its coat is tangle-free. You must also take your pet to a groomer four times a year to get its fur trimmed. 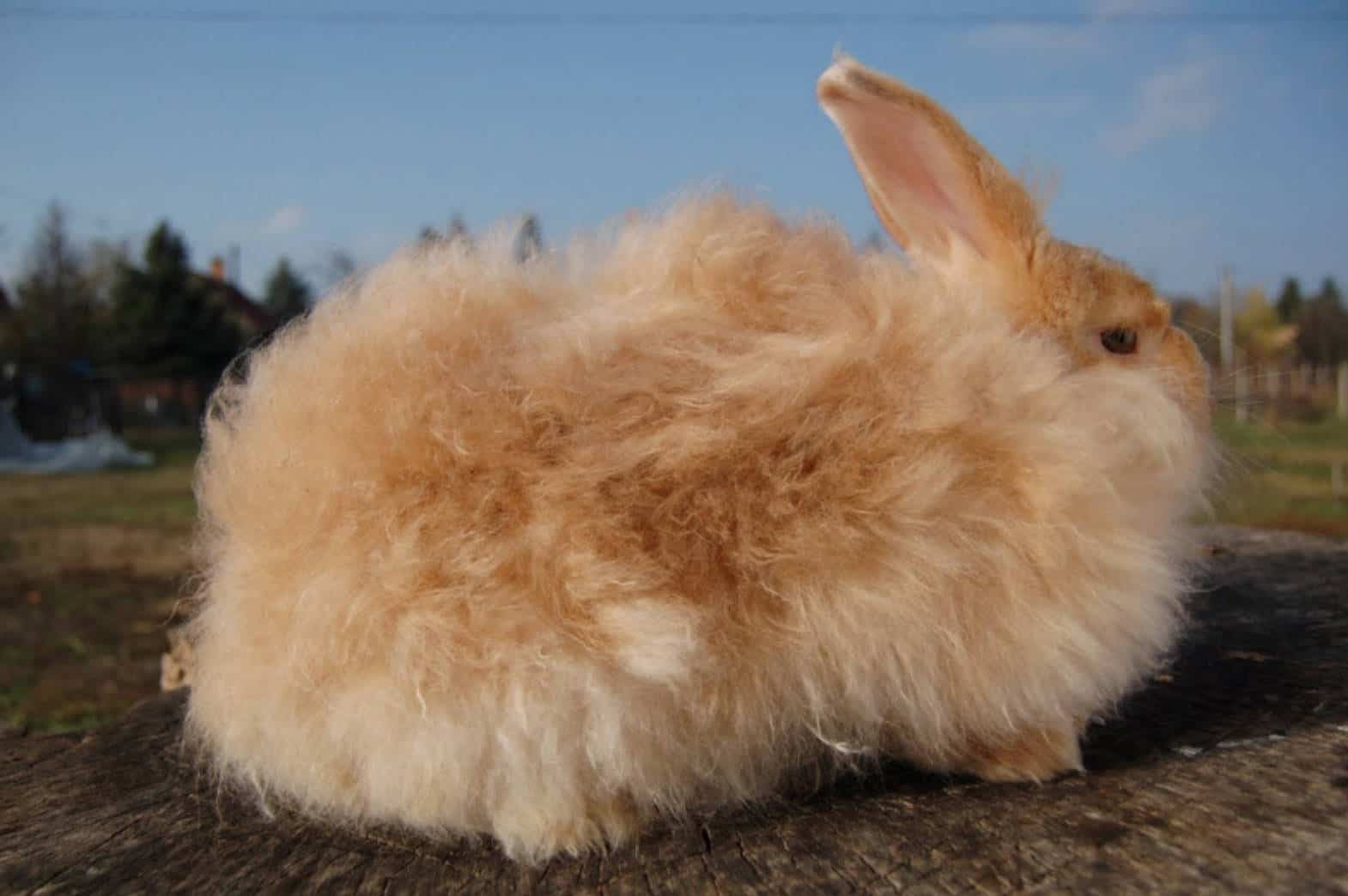 Separate sexes when they reach their breeding age

Prevent unwanted breeding by separating the sexes. Do this when they reach their breeding age. Some breeders believe bucks can breed even before they reach nine months.

In contrast, a doe should not reproduce unless they are already in their nine months. But you must not wait for a doe to grow at least a year before you breed it.

Groom and feed the buck and the doe before breeding

Grooming is very crucial, especially to a doe. Since it pulls out its hair to make a nesting place for its babies, its coat must be trimmed.

Otherwise, the strands may strangle the babies and kill them eventually. Aside from grooming them, make sure that they are well-fed. Unhealthy rabbits are not most likely interested to breed.

Never leave the rabbits unattended during the breeding seasons

To ensure that they are breeding, you must see them doing the act. Also, you need to be there if one of the rabbits becomes hostile or aggressive towards its partner. After coupling three times, you can remove the buck from the cage.

Check if the doe is pregnant

It will take about 15 days before you can determine if the doe is pregnant. If it’s pregnant, you will notice that its nipples are swollen. Plus, its stomach is harder than usual.

You can feed it with standard rations during the half of its pregnancy. After half of its gestation,  provide 50% more than the rations to support milk production.

Prepare the doe’s shelter before it gives birth

Before the doe’s due date, ensure that you have already prepared the place where it will give birth. You can place a metal nest box instead of a wooden one.

It is easier to disinfect, and it’s less prone to bacteria. Prepare soft bedding where the baby rabbits can comfortably rest. When the doe is giving birth, never disturb it. Don’t forget to clean the area without the doe noticing.

A Satin Angora rabbit is a good companion. Not only is it friendly and docile, but it is also fun to be with. But like other rabbits, this breed needs attention. Grooming its fur is crucial. A healthy diet and regular exercise will make its life happier and more prolonged.