Deep Diving Into A Rabbit’s Vision: Can Rabbits See Color?

An animal’s sense of sight is important in its survival and day to day life. However, in a rabbit’s case, how important is vision for them? And can they  even see colors in the process? These are just some of the questions that need to be answered as soon as possible. 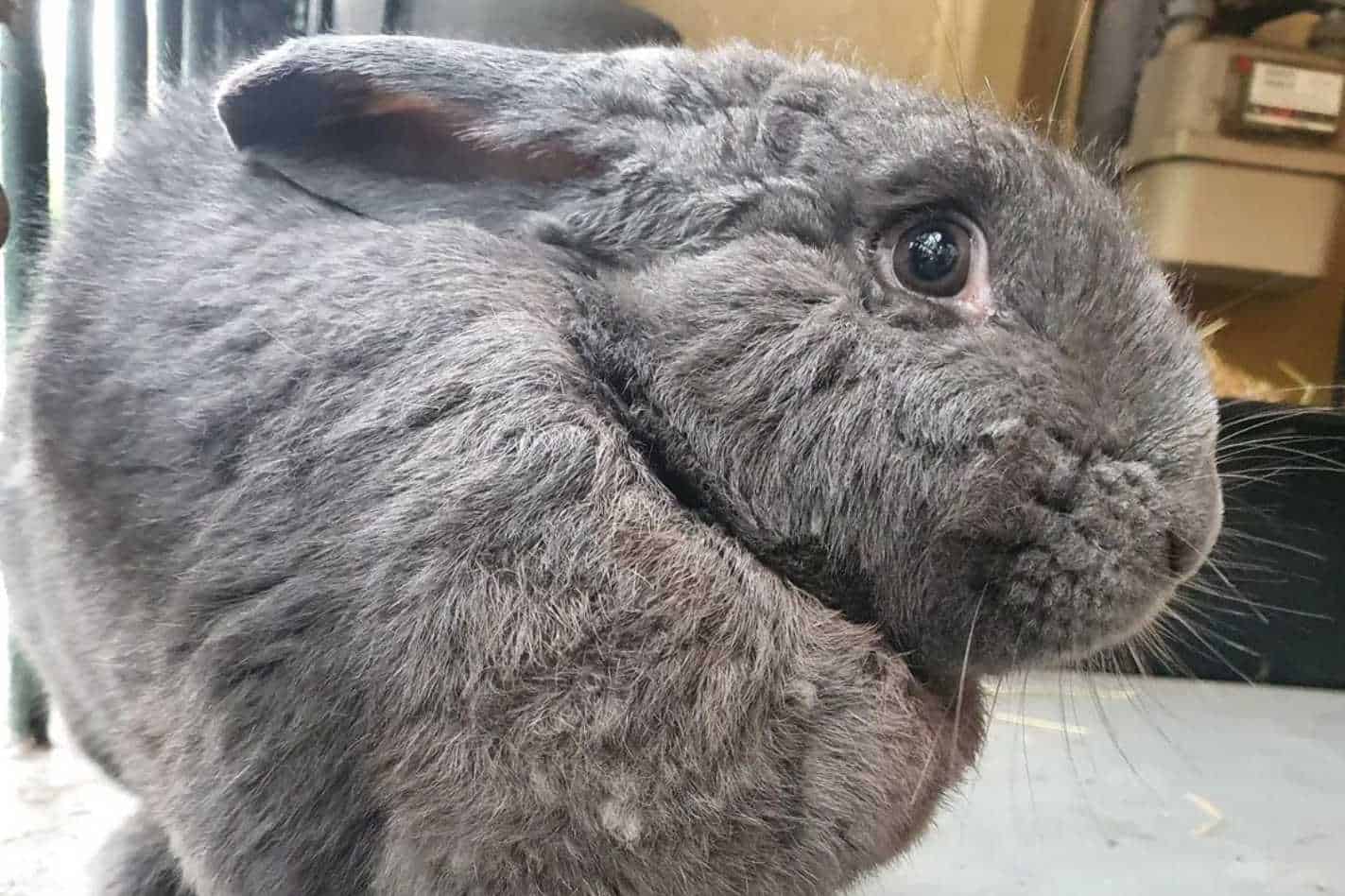 There is no doubt that rabbits can see. They have the gift of vision. However, their eyes and vision were designed differently from human beings.

A rabbit’s eyes are on the sides of its head and not in front as humans do. People need to be able to see what’s right in front of them, hence the position of the eyes.

As for rabbits, their eyes make it easier to see what’s happening around them. It helps them with sensing danger, especially an incoming predator. Rabbits have a 360 degree vision.

While the placement of their eyes helps them in more ways than one, there are also disadvantages. Rabbits can’t exactly see what’s in front of their noses. Their noses block this line of vision, affecting their perception.

It’s basically a weak point, making it a little difficult for them to see what’s in front of them at first. With that said, rabbits tend to see things more clearly if they are at a distance.

It doesn’t, however, mean that they can’t see objects when it gets really close. The rabbit’s eyes make adjustments, allowing them to see things that are right in front of them. Basically the rabbit’s eyes are both hyperopic and myopic.

Despite the pros and cons of the positioning of their eyes, rabbits have managed to make the most of what they have. 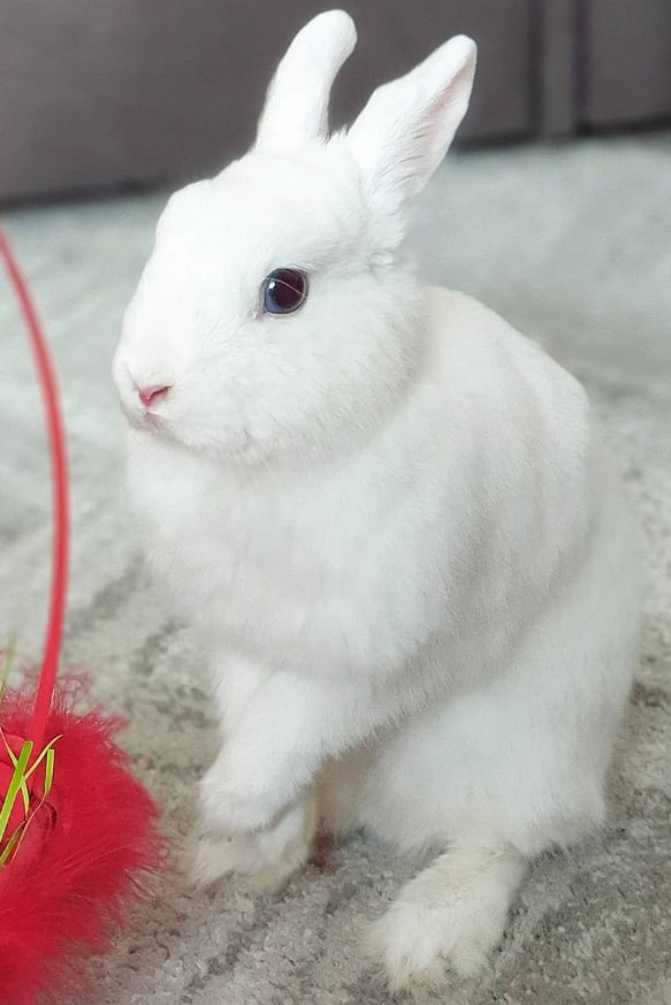 If you think that color blindness only happens in humans, then that’s where you are wrong. It also happens to other organisms. But in the case of rabbits, they aren’t actually fully colorblind like others.

They can see colors around them, though it’s probably not as prominent and vivid as humans do. If you want to be more specific, rabbits are partially colorblind.

If you are wondering how and why, then it has something to do with the photoreceptors in their eyes. It’ll be easier to understand everything once you are more familiar with what these are.

If you want to have a better grasp of a rabbit’s vision, you need to look into parts of its body. In this case, the focus should be on the rabbit’s eyes.

A rabbit’s eye has two photoreceptors found in their retinas. And these are referred to as rods and cones. The rod is associated with higher resolution.

It can recognize different wavelengths of lights. Cones, on the other hand, have something to do with high visual sensitivity in low light situations and with lower resolution.

As for cones, rabbits only have blue and green. It seems they don’t really have red cones, thus limiting their ability to perceive all wavelengths.

Because of the missing cone, rabbits have a difficult time distinguishing between colors, particularly red and green. The cone, which can be found across the retina in a horizontal position, allows rabbits to see better and clearer.

It allows them to be more sensitive to any possible predatory assault.

How Well Can Rabbits See? 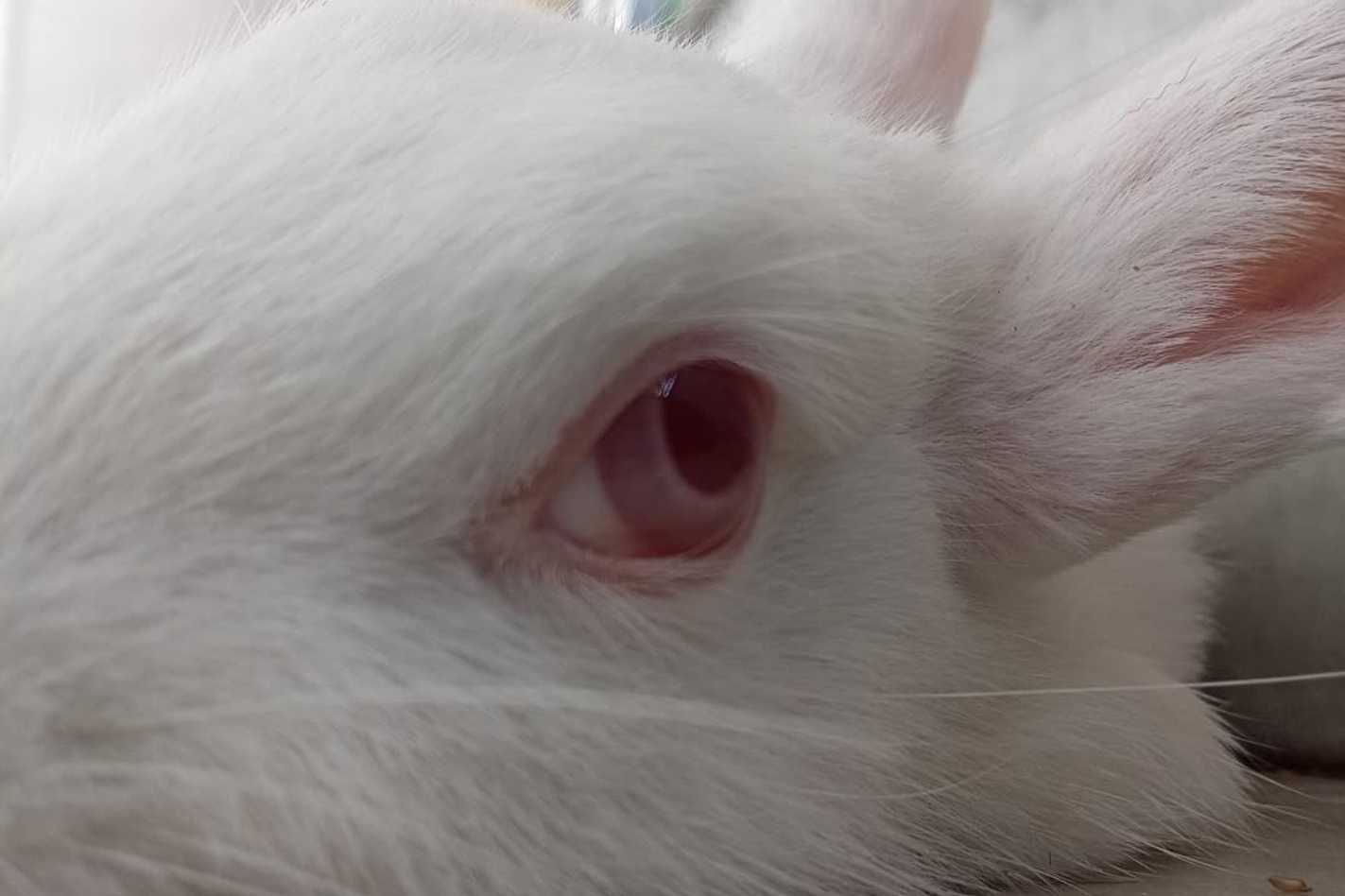 Rabbits can actually see very well despite the minor blind spot caused by the position of their noses.  You can say that they have good vision. Their field of view is really good compared to other animals.

While they have blind spots, these do not stop them from being able to see incoming predators from different angles. What’s even fascinating is rabbits can see what’s behind them even without turning around.

Rabbits can see from 15 to 20 feet away. With this range, they can easily spot predators. Even at a distance, rabbits will be able to prepare themselves. They have time to get away and hide before the predators get close.

When rabbits are asleep, they even have their eyes open. While they can close their eyes, it usually happens when they feel safe and comfortable.

Can Rabbits See Anything In The Dark? 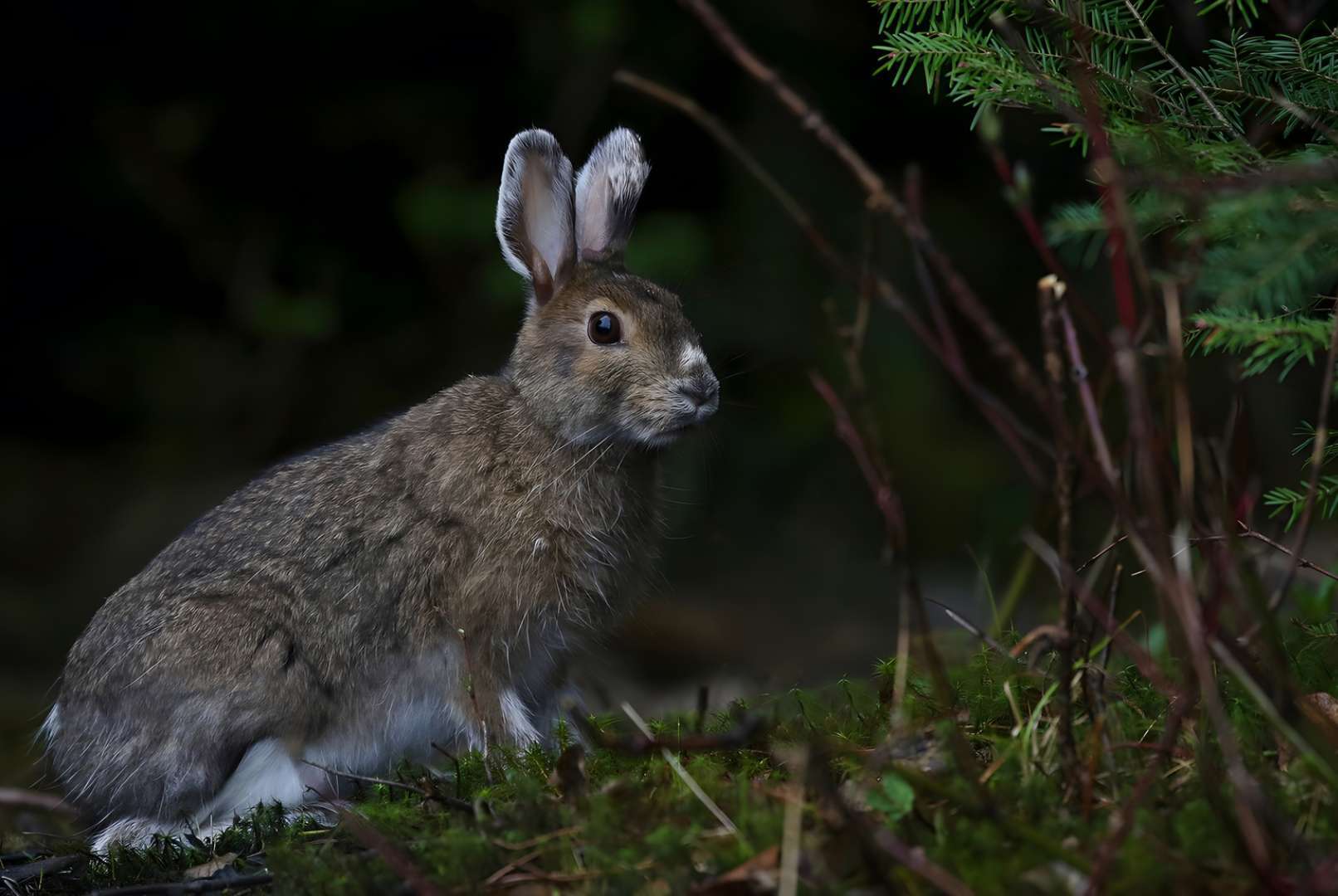 Since rabbits have more rods in their eyes, they can see even in low lights. It’s an advantage, especially if they are out in the wild. Even if it’s dark, they can still, for the most part, see what’s around them. If there is any danger approaching, they can still see it. 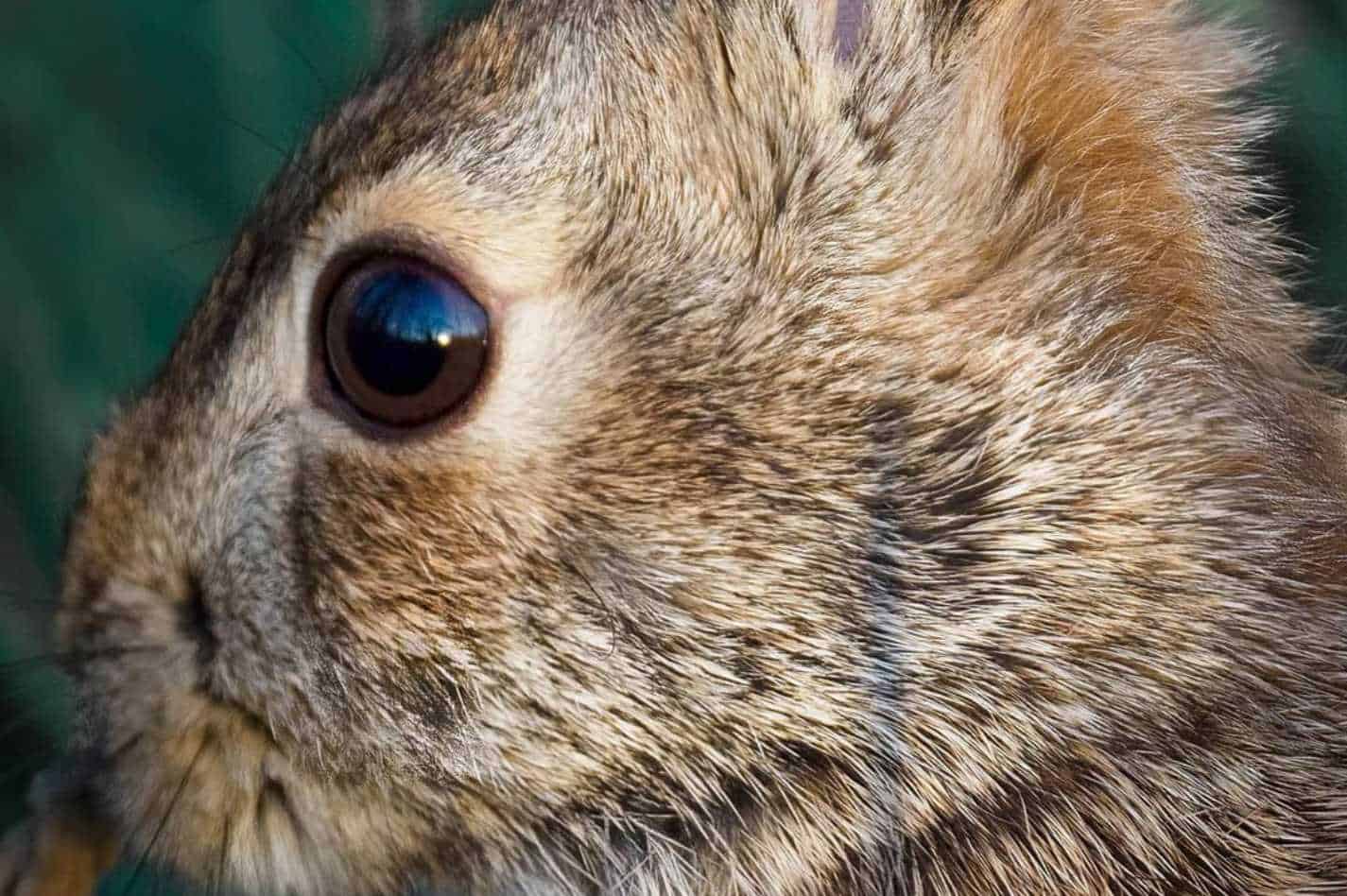 As rabbits grow older, they go through changes that affect their health and well-being. As they age, the chances of going blind increase. Apart from age, blindness in rabbits can be due to genes, tumors, traumas, and many others.

Rabbits don’t go blind in a snap of a finger. It’s usually a gradual process. When rabbits lose their vision, it impacts their behaviors and actions. When they lose their vision bit by bit, they also start losing the ability to perceive colors as well.

In some rabbits, you would be able to tell if they lost their vision. However, in case you can’t tell if a rabbit has gone blind, there are some telltale signs you should watch out for:

One of the most obvious signs is when you see cloud-like layers on a rabbit’s eye. If you see anything like this, it might be due to cataract. When a rabbit has cataract, it affects its vision and ultimately its existence.

The development of cataracts usually occurs when the rabbits are older. However, this is not always the case. There might also be other factors that would cause the cataract.

If you have a rabbit at home who might have cataract issues, you should take them to a veterinarian. There have been cataract surgeries performed on rabbits.

However, if the rabbit is on the older and mature side, it’s not something that is recommended. But of course, it’s best to check with a professional.

Rabbits in the wild who have cataracts might find it difficult to see things and manuever their way around. It can be dangerous because this affects their ability to perceive things like shapes and colors. And it alters their ability to protect themselves from predatory animals.

If there is something unusual about a rabbit’s movement, it might be due to their vision. If they are moving slower than they usually do, it could be because they are being more careful.

If they are not able to see well, a rabbit might not be too confident in running or moving around. It might be afraid to run into the unknown.

Constantly Runs Into Something

A rabbit who is slowly losing its vision would probably be very confused. Imagine not being able to see things clearly when you start bumping into things. If this happens more than usual, it might mean that their vision has been impaired.

They are not able to perceive the things around them as well as before. Instead of knowing which way to go without colliding with something, they just move along.

If your rabbit starts looking like they are always scared or startled, it might have something to do with their vision. If you start touching the rabbits and they can’t see you approaching, they might get agitated or alarmed.

Relying On Their Other Senses 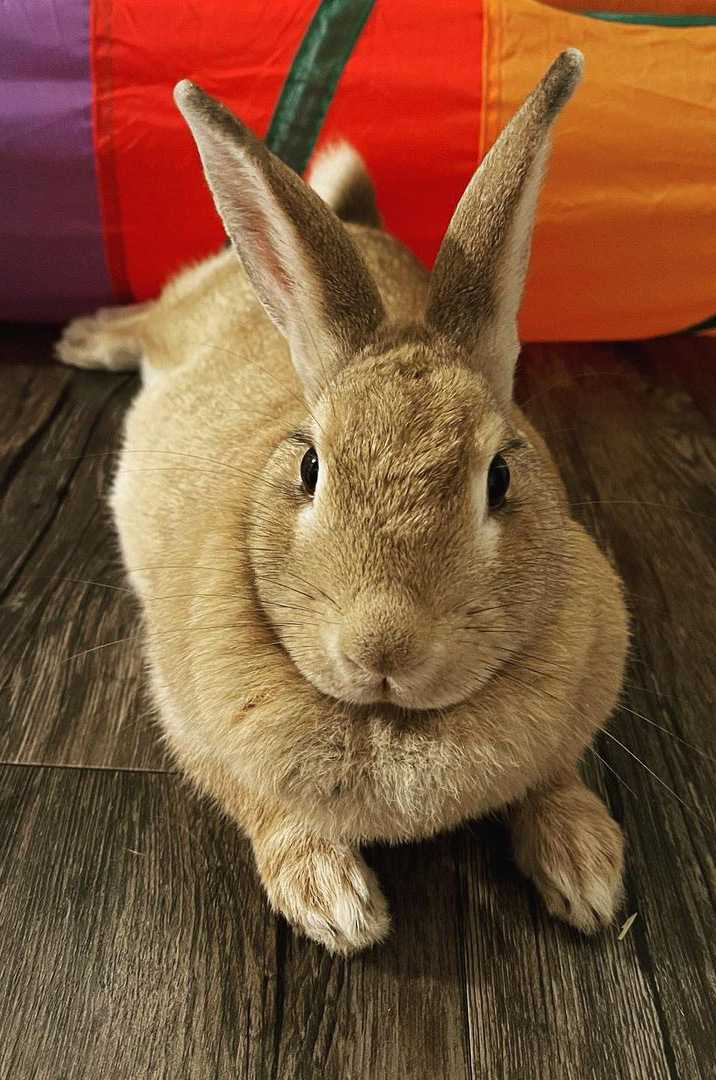 If a rabbit loses its sense of sight, it starts relying on its other senses. If they need to figure out what’s around them, they can use their sense of smell and hearing to do so.

Of course, a rabbit who can’t see might have more trouble navigating the wild than usual. However,  they have their nose, ears, and even whiskers to guide them to survival.

If you have a blind rabbit, don’t worry about them not being able to identify who you are. Rabbits might no longer be able to see you, but they know what you smell like and the sound of your voice.

While their sense of sight is not as sharp as humans, rabbits have evolved into creatures who use their eyes in the best possible ways. They can see things from difficult angles.

And while other colors might just be grey in their eyes, they can see the blues and the greens around them.