Today, it’s going to be all about rabbit fever.

Its name might sound innocent, but don’t let its name fool you. This disease is potentially fatal, and that’s why we’re aiming the spotlight at it today. One of the best ways to guard against diseases is to know all about them, after all.

What is Rabbit Fever? 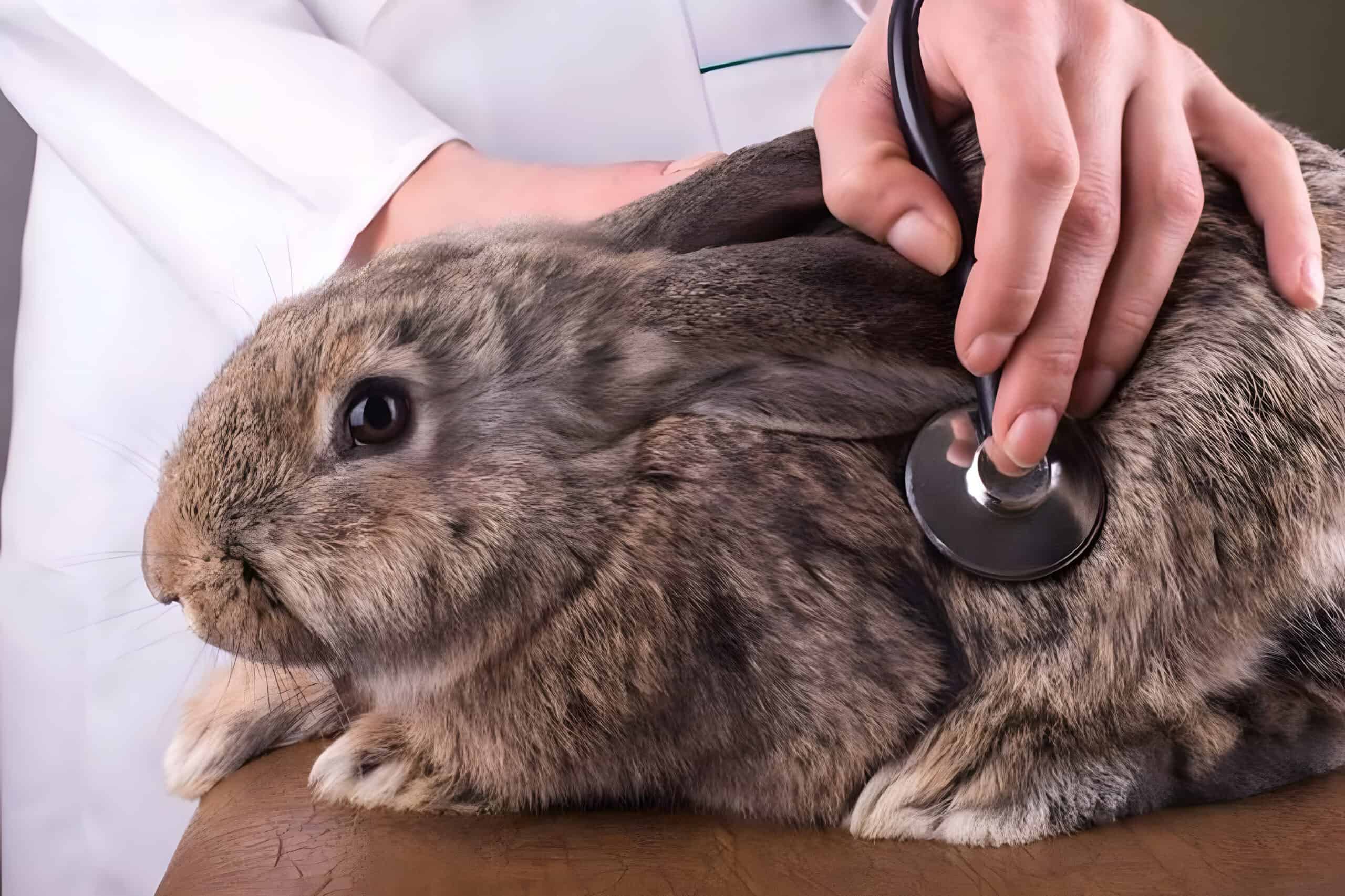 Rabbit fever is formally known as tularemia. It is an infectious disease, although a rare one at that. The most common hosts are often rabbits, hares, and rodents.

Aside from these three, infections of other animals are rare. Humans and pets can also be hosts, but both are uncommon hosts.

It is a contagious disease that, as we have said, could be fatal. You don’t have to worry, though. There is a way to treat it if caught. With that, let’s go and talk about signs next.

What are the Symptoms of Rabbit Fever? 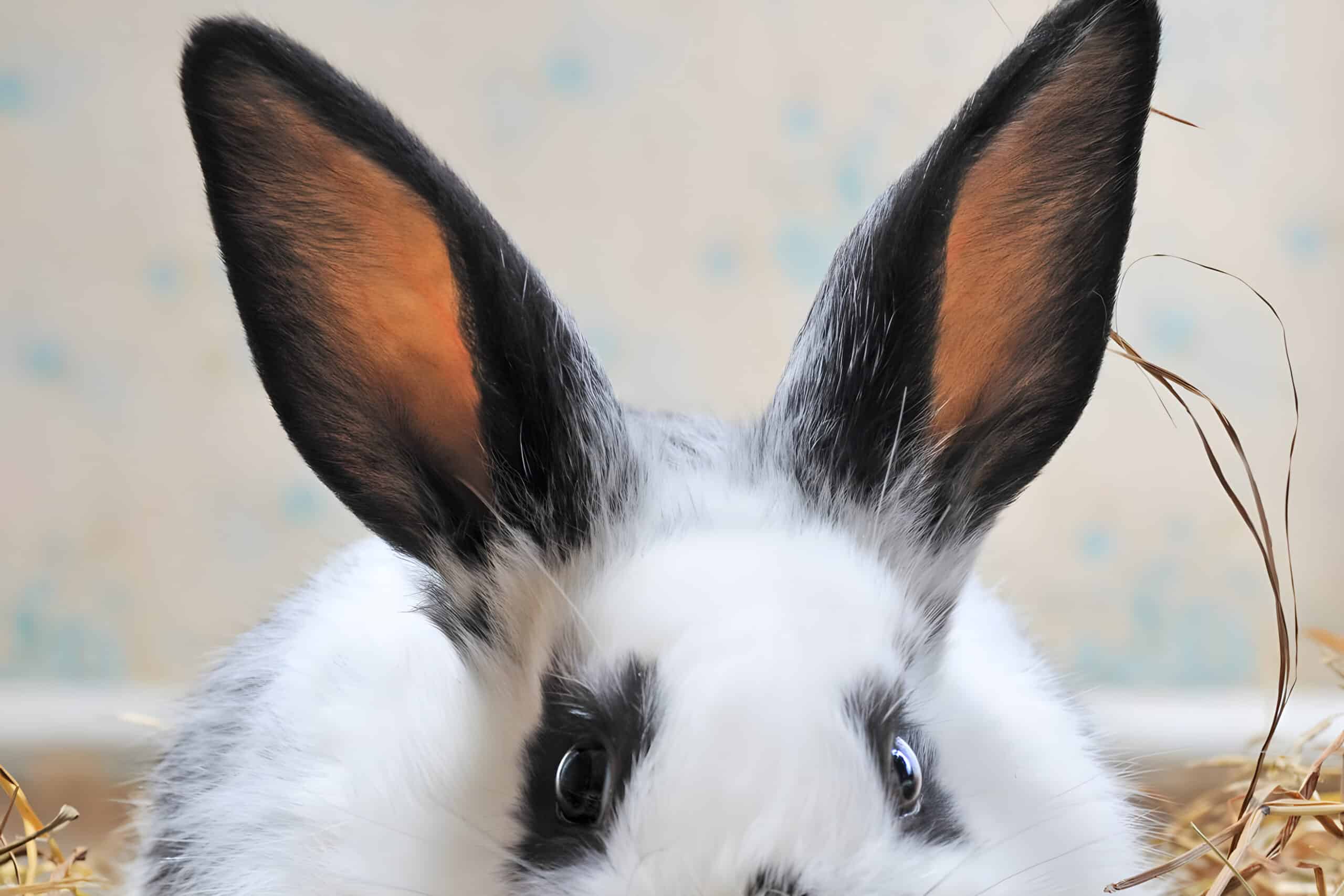 Some of the common signs are: getting a fever, an ulcer on the site, and pain in the affected area. Symptoms could appear anywhere from a few days or a few weeks.

Its time of appearance does not also help. The suspected host might have to undergo tests to confirm if the signs point to this disease. A look at one’s habits and activities might also be needed to either suspect or rule out tularemia. We will talk more about this topic later.

The signs are not all that different with our furry friends. Fevers and ulcers are also common signs. As you might expect, this makes making a diagnosis on them harder. For one, we cannot question rabbits on their recent activities.

Symptoms are good to know. Still, as you saw, it might not be of much help if you don’t have an idea about the causes. With that, let’s talk about that next.

What are the Causes of Rabbit Fever? 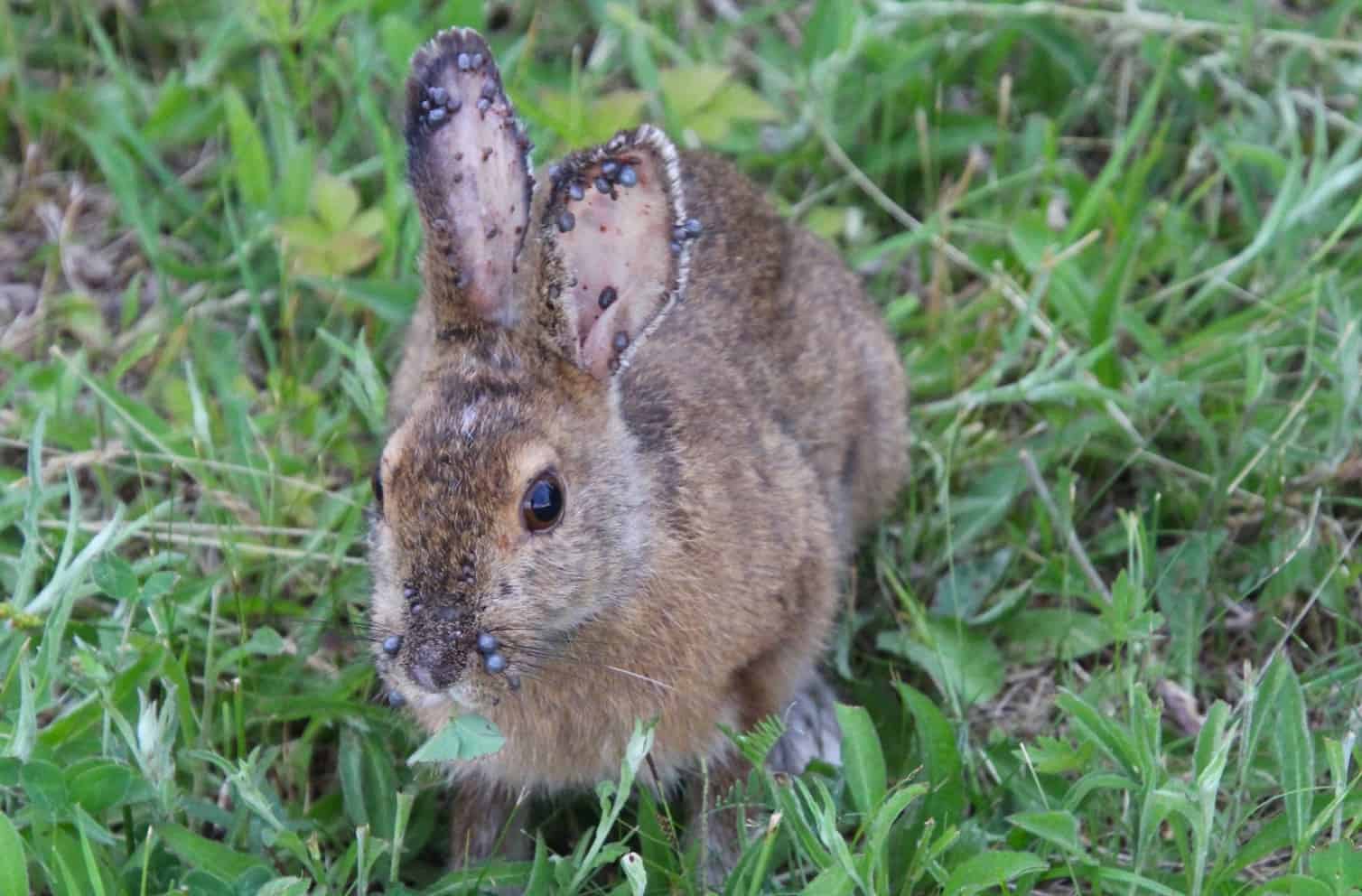 There are several ways to get this disease.

Before we go and list the causes, it might be the best time to note that knowing the cause is important. The way one got the disease could say how it would show and, ultimately, how to treat best treat it.

Ticks seem to be the main culprit for transmission. Lice and flies could also be carriers, though. Still, insect bites are not the only way to get this disease.

As you might expect, handling an animal that has been sick could also be another cause. If it’s alive, it could bite you.

On the other hand, the bacteria from a dead one could get to a cut. These are only some of the ways. As you will see later, there are other ways a host could spread this problem.

With all these, you do not have to worry about human-to-human transmission, though. It is a possible route, but it seems to be a rare one at that.

There are many ways to get this disease. Still, you do not have to worry. There is a way to treat it, and we will talk about that next.

How do you Treat Rabbit Fever? 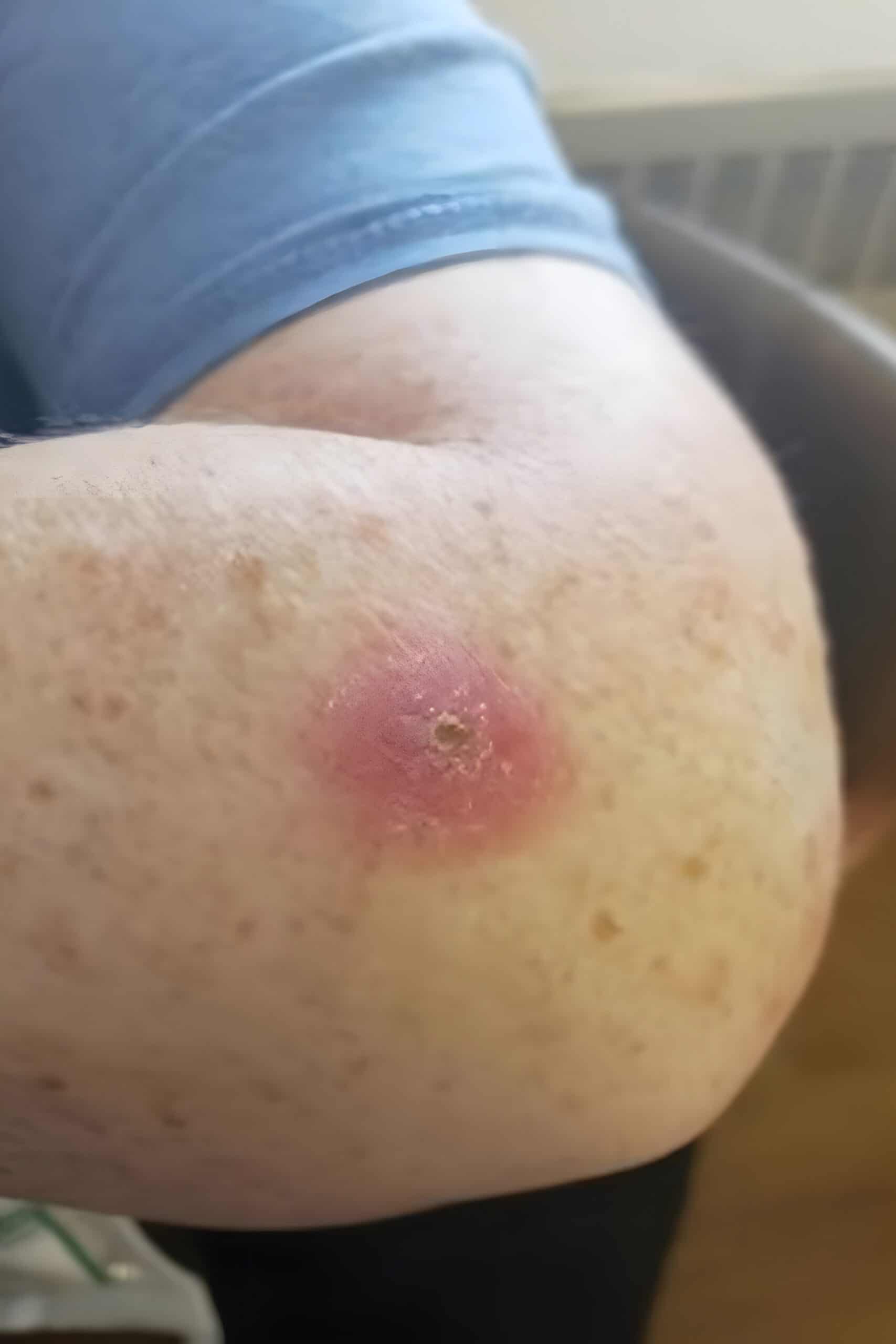 The treatment for rabbit fever often only involves antibiotics. Streptomycin and tetracycline seem to be the most recommended ones. Take note that the antibiotics could change depending on the type of tularemia, though.

It might be the best time to note that you want to consult a doctor before taking any. On the other hand, call your local vet if it’s for your rabbit or other house pets.

In the wild, the recovery rate is not that high. As we’ve said above, this disease could be fatal. Treatment is important. Now, as you might expect, our wild furry friends don’t often get treated.

This disease also kills them fast. It could kill wild animals as fast as eight days, making any effort to treat them hard. The wild is vast, and diagnosis is not easy. It is unlikely we can treat each animal in time, even if we try.

On the other hand, you don’t have to worry much about your rabbits and other house pets. As long as you keep an eye out on them and take action as soon as you suspect any illness, they will most probably recover.

Unlike bunnies in the wild, your furry friend could be treated, and fast. The same is true for you. If you keep an eye out for your health and don’t ignore the signs, you could get treated right away and recover fast.

As you can see, recovery pretty much depends on getting or not getting treatment.

Depending on the type and stage, recovery could be as fast as a week and a half. On the other hand, it could take as long as three weeks. 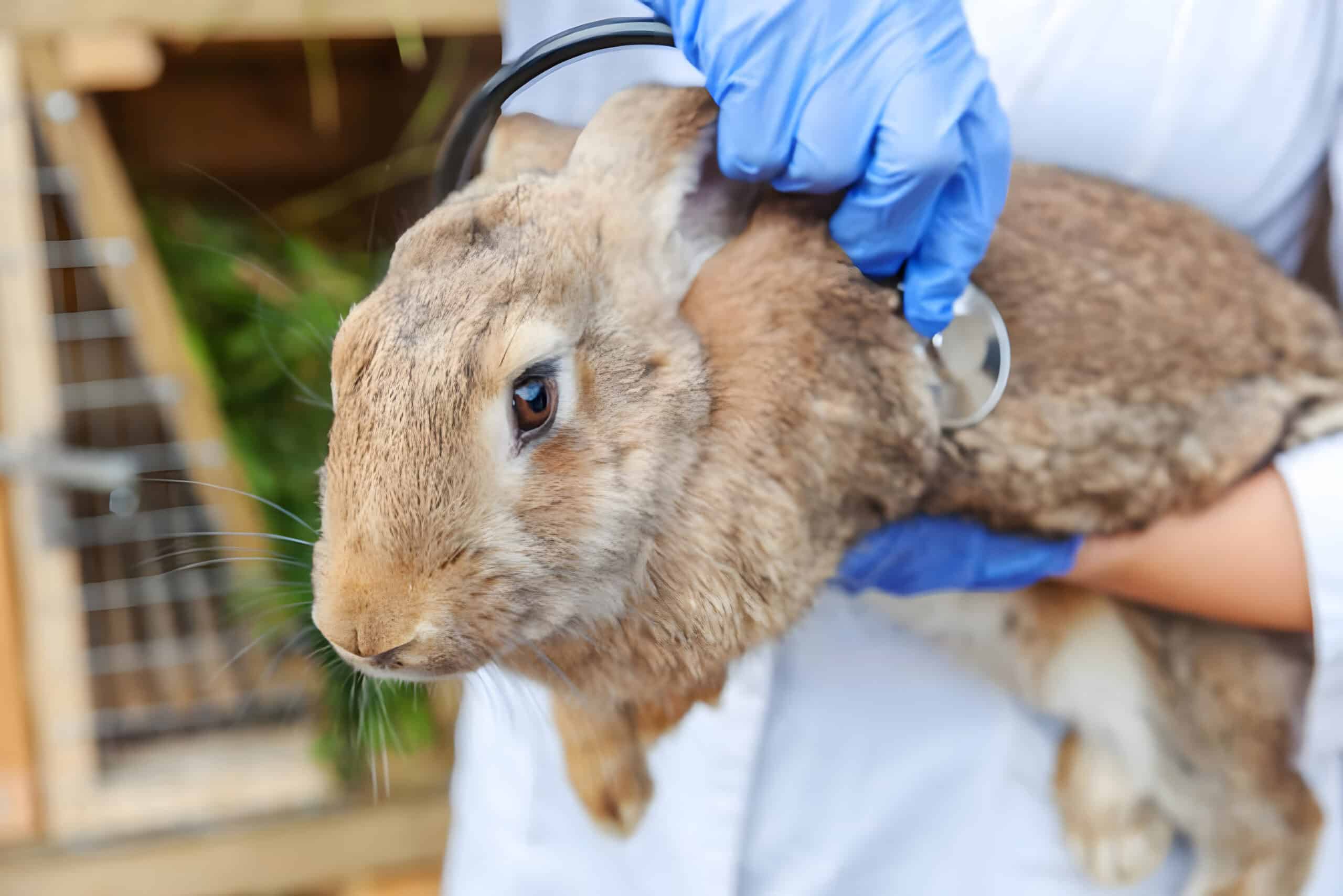 Dealing with rabbit fever could be costly. For one, diagnosis of this disease is not that easy. The doctor or the vet might need to take several tests.

There is also the issue of treatment. As we talked about above, you or your furry friend would probably only need to take some antibiotics. Antibiotics are undoubtedly cheaper than surgeries and operations.

However, you or your rabbit might need to take the antibiotics for as long as around three weeks. It might not be as expensive as surgery, but it could still be costly.

How do you Prevent Rabbit Fever?

Unfortunately, there is no vaccine for rabbit fever. Still, it doesn’t mean there is no way to avoid getting it.

For one, the most obvious way is to try and avoid the infected animal. With that, you might have to avoid some activities or, at least, take some extra measures. As we said above, a sick host could spread this disease in more ways than one.

For example, if you like to hunt and eat your catch, you are more prone to rabbit fever. If it is a hobby that you do not wish to stop, you might have to take some extra measures.

First, you want to avoid any ill-looking catch. To add, you also want to make sure you cook your catch right. Undercooked meat is a big no-no!

If you remember, we said that bites from carriers (e.g., ticks) are one of the most common causes. With that, you might also want to protect yourself from insect bites if you plan on visiting areas infested by possible carriers.

Wearing long sleeves and using insect repellent are some ways to do this.

It is also possible to get this disease by breathing in the bacteria. With that, face masks and such might also be a good idea.

You might be surprised, but you might inhale the bacteria and catch this disease by simply mowing your lawn! Of course, that is in the case that a sick host has found its way to your garden.

Of course, you also want to protect your pets as well. As much as possible, don’t let them go out unsupervised. Don’t let them near dead animals, and always check them for ticks and such!

Today, we talked all about rabbit fever. First, we defined and found out it is a rare infectious disease.

After that, we talked about its symptoms and found out fever and ulcers are the most common signs. We also learned it is hard to diagnose as its symptoms are similar to many other diseases.

Then, we discussed its causes and got to know there are many ways to get it. We also found out that we shouldn’t worry much about getting or passing it on to humans, though. Human-to-human transmission is rare.

Next, we talked about treatment, recovery, and costs. There is a way to treat this disease. The downside is that it could be costly. On the upside, though, recovery is likely.

We hope we were able to help you with this concern. Do you have more questions like this one? Feel free to look at our past talks then!