Losing a pet can cause so much pain for rabbit owners. However, not knowing what the reason it can be heartbreaking. This guide will tell you all about nine reasons why rabbits die suddenly with eyes wide open.

Why do Rabbits Die with Eyes Wide Open? 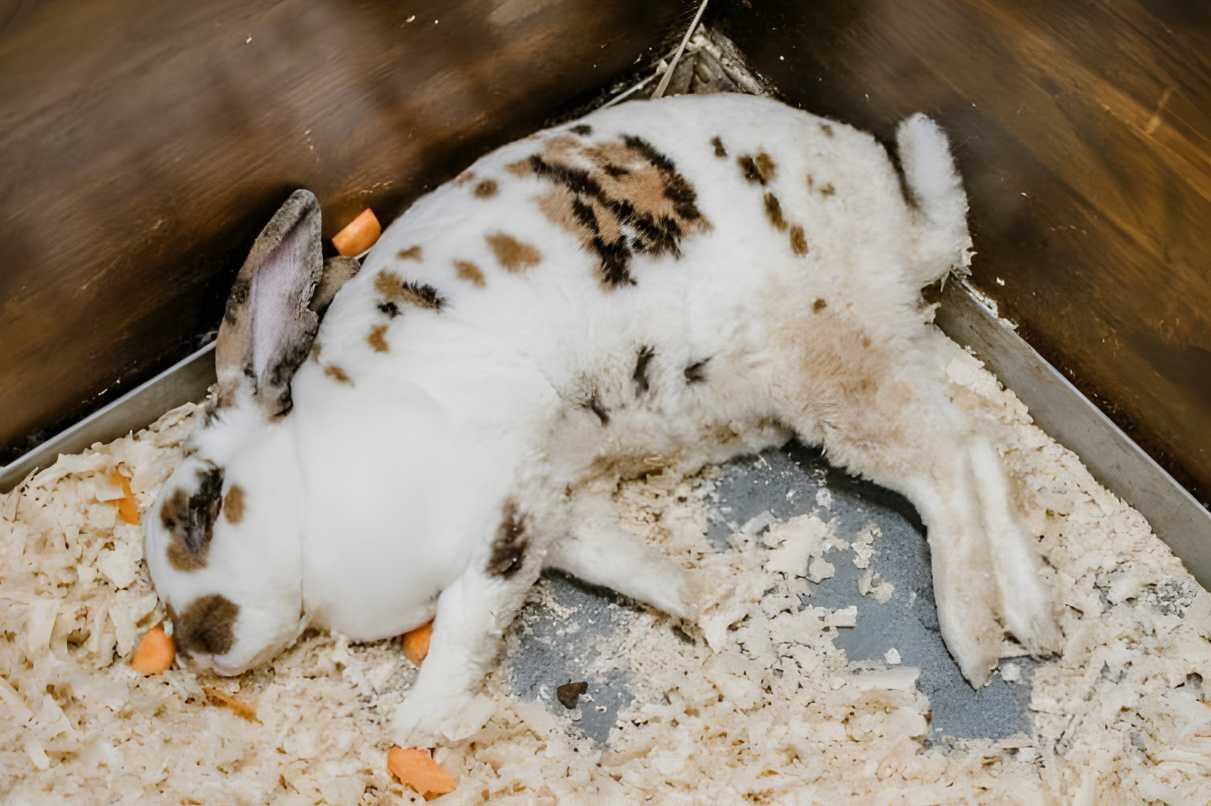 Rabbits die with their eyes open. It’s the most common way for animals to die, even humans. It boils down to one component of the body: muscles.

Muscle is the one responsible for closing the rabbit’s eyes. It’s a controlled motion, so if the rabbit dies while its eyes are wide open, it will stay like that as the rigor mortis sets in.

However, rabbits that undergo euthanasia can have their eyes closed. The injection induces sleep, triggering the muscles in the eyelids to close.

What are the Causes of Sudden Rabbit Death?

Rabbits are susceptible to sudden deaths. They are known to die without any symptoms. There are many reasons for this, such as parasites and viral infections. 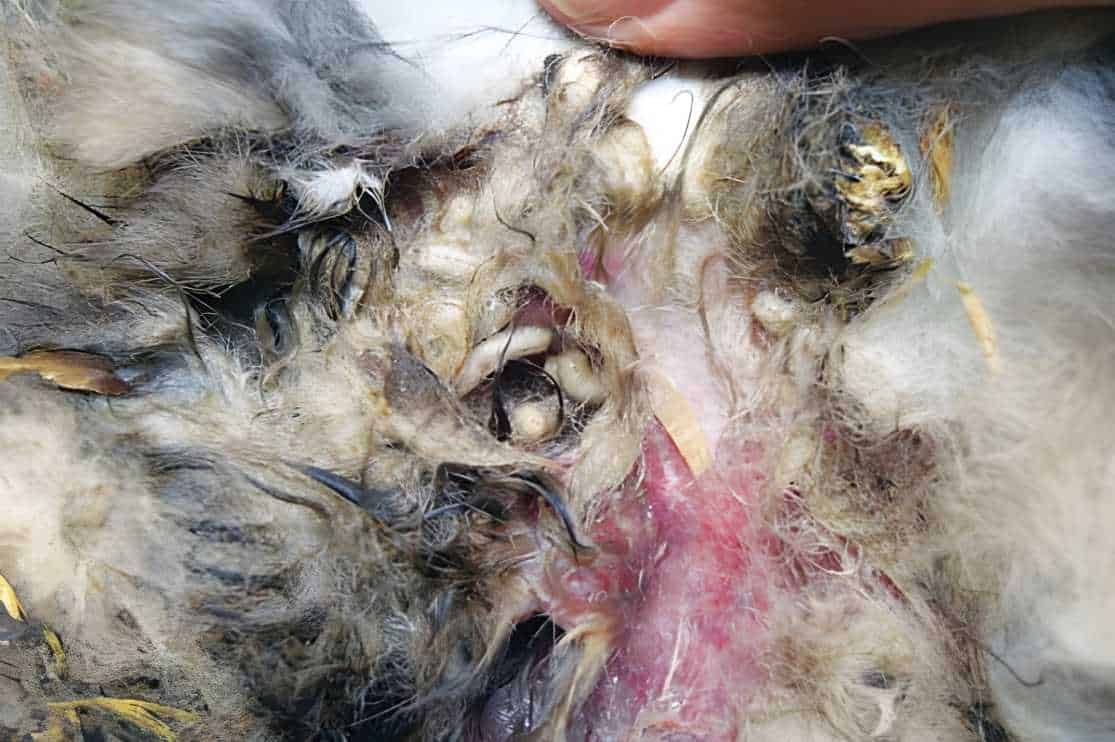 Myiasis or flystrike is a parasite that clings to the rabbit’s fur. The flystrike will stick to the skin and lay eggs on the rabbit. Once it has infested the rabbit, it will eat it inside out.

For the first month of their lives, kits or baby rabbits rely solely on the milk from their mother. However, if the mother rabbit does not produce enough milk for the litter, it can cause some of them to die from dehydration.

Insufficient milk can be caused by many reasons, such as lack of nutrition and bad health of the mother. Seeing baby rabbits dead with their eyes open is not uncommon, especially in the wild.

If you notice that some baby rabbits are not getting enough nutrients, it’s essential to step in. although rabbit milk supplement is not that accessible, kitten milk replacer is a good start. It’s also the supplement commonly used with kits that do not have a present mother. 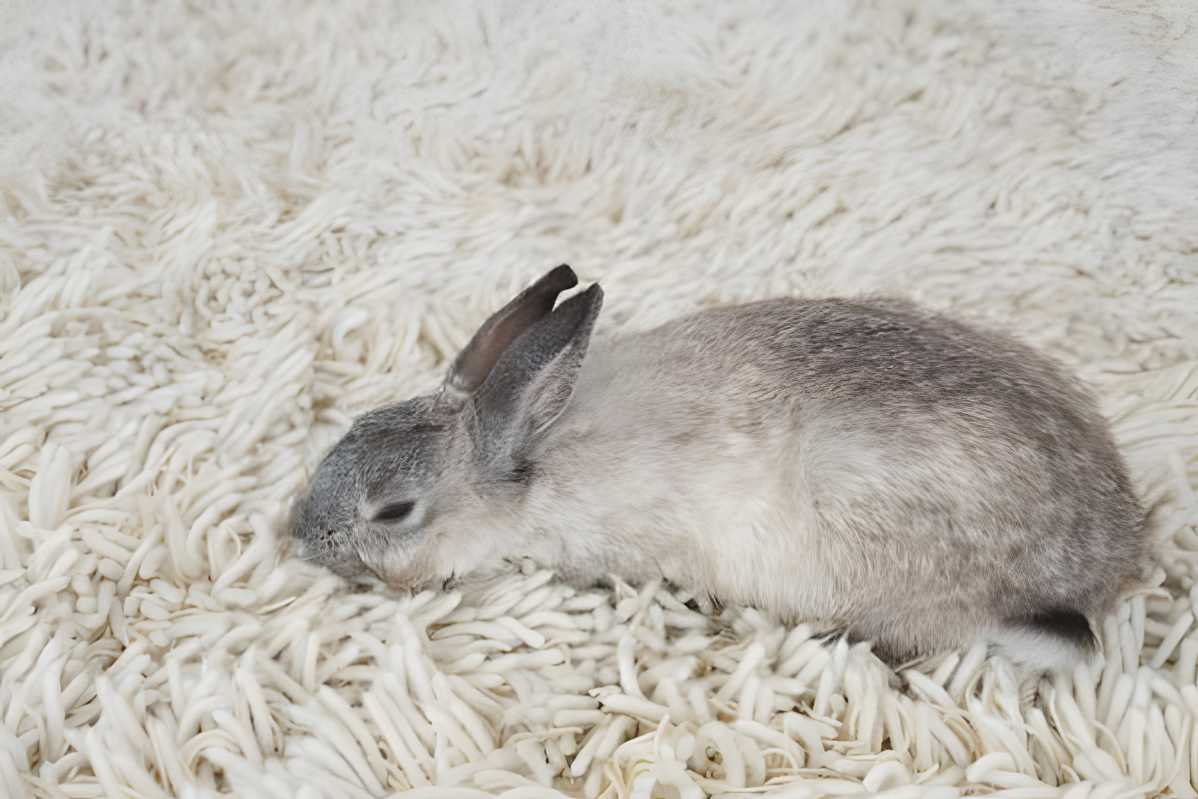 Rabbits are curious animals. They love to forage around and search for their food. Even if it’s advantageous in the wild, their foraging capabilities can also have downsides.

Rabbits can ingest poisonous plants and chemicals when left unchecked. Many plants and flowers, such as onion, potato, and tulips, are unsuitable for rabbit consumption. Being poisoned by plants can happen overnight or for a month.

For example, rhubarb leaves have oxalic acid that can cause kidney failure. However, feeding them with a small number of rhubarb leaves can cause no harm to the rabbits. It’s the frequency and amount that can trigger an adverse effect.

If you have plants nearby your home, make sure they are rabbit safe. Putting dangerous chemicals in rabbits’ safe places is a great idea to steer them from being poisoned.

Rabbits are pretty curious animals. They will sniff and forage from their surroundings. It has become a vital part of their behavior as herbivores and grazing animals.

However, it can become detrimental when they are domesticated. Many human-made objects such as plastic bags, glass, and wood chips, can be ingested by rabbits. Although rabbits do not always have adverse effects when they eat small inedible objects, sharp things can tear the intestines. 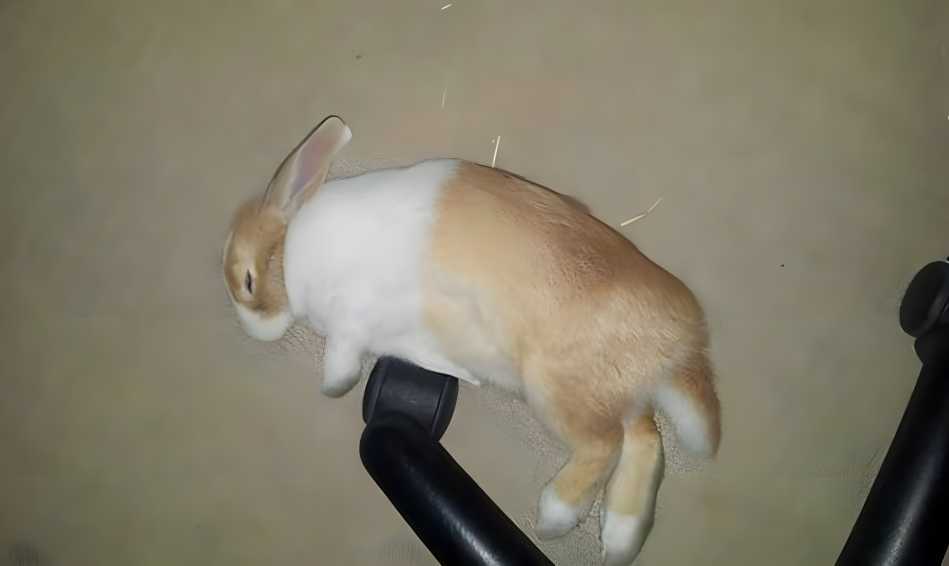 Dehydration is pretty common with rabbits. Rabbits can suffer lethargy and dehydration if there are existing sicknesses or ailments. Loss of appetite to eat and drink are the most common symptom of a viral or parasitic infection of rabbits.

The warm climate and summertime are also prominent reasons. Rabbits are susceptible to temperature changes, so water is a crucial component to ensure that rabbits will now suffer from heatstroke.

Dehydration can be a sudden cause of death when left untreated. It’s often accompanied by diarrhea so that the body will be out of water in just two to three days.

This cause of death is especially vital for kits or baby rabbits. They need the proper nutrients and water to sustain their growing bodies. Ensure that the baby rabbits have the right amount of milk from their mother.

Heatstroke and sudden death caused by high temperatures are very common in rabbits in the summertime. If they are not provided with the right amount of water, the rabbit might succumb to dehydration or stroke.

This can also apply to colder temperatures. Rabbits are prone to hypothermia, even with cold water. That’s also why rabbits are not allowed to be bathed with water.

Even though they are not allowed to be bathed, it does not mean that they should not be soaked. Dry baths and spot cleaning are great ways to clean your rabbits without endangering them.

If the rabbits are left unattended, they can get into a small puddle of water and get wet. If they are not dried immediately, the coldness of the water clings to their fur and causes hypothermia. 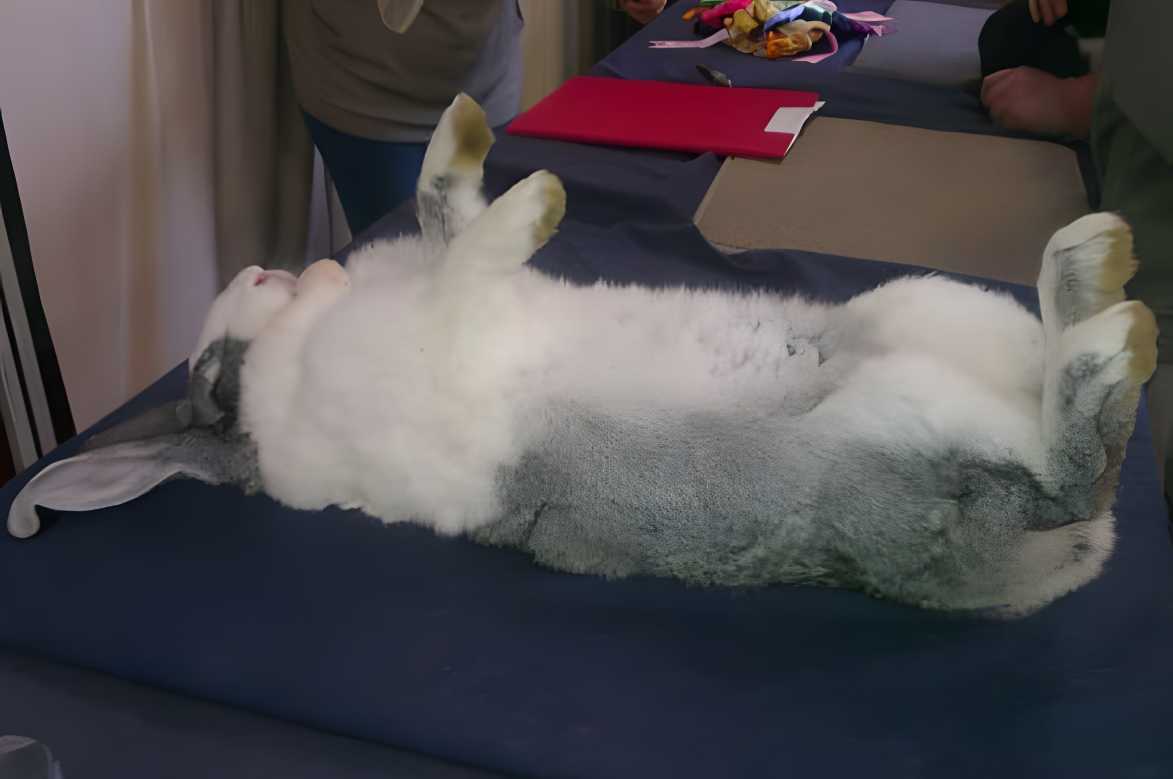 Alertness is essential for rabbits in the wild. With that said, it can be detrimental to their life as domestic pets. Rabbits are prone to death by shock and fright.

Although rabbits are mostly quiet, they can shriek and scream when frightened. Their scary state can cause a heart attack and shock the system, causing death.

If you have a rabbit, refrain from suddenly picking it up. This can trigger the response that they develop in the wild. When a predator is about to eat a rabbit, the most common attack spots are the neck and back.

If it’s new to your home, keeping it away from larger household pets can be a great way to keep them safe from predator animals.

However, sudden heart attacks can happen naturally. Stress or genetic abnormality can cause it. Heart disease is also a viable cause of premature death as they are not detected most of the time.

Rabbits can be carriers and victims of parasites. The most common parasites in rabbits are e. cuniculi and coccidiosis. Parasite infestation is not only passed from adult rabbits to one another. Mother rabbits can also give parasites to their kit as soon as they are born.

In the USA, almost fifty to seventy percent of the rabbit population are a carrier of the e. cuniculi. These parasites can infect the rabbit without any symptoms. The asymptomatic rabbit can infect other rabbits without owners and handlers knowing that they carry e. cuniculi.

The fatal thing about e. cuniculi is that most infections are undetectable until too late. Most victims of the parasite will die within two to three days. There are no specific treatments veterinarians can do to help the rabbit.

To fight against these infections, it’s best to quarantine and provide vaccines to new rabbits. Stray cats and dogs can also carry the virus. If you ever encounter or rescue these animals, it’s safe for them to be tested to ensure they are not carriers of any disease. 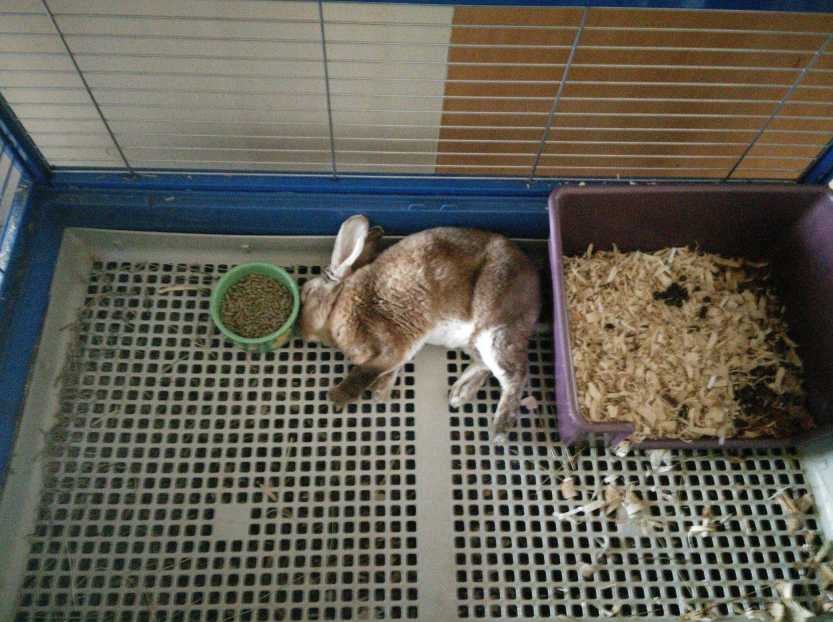 Bacteria from the food can cling to the gut and cause bloating and lethargy. Although gastrointestinal stasis is a widespread ailment in rabbits, leaving it unchecked can negatively affect the rabbit’s body.

Since its gut is not working correctly, the rabbit might not eat enough to sustain itself. The animal does not perceive that it needs to eat and drink. It can affect its immune system in the long run.

Gastrointestinal stasis can also be very painful and uncomfortable for rabbits. If left untreated, it can cause premature death by malnutrition or dehydration.

Death with the eyes open is familiar with animals. However, some sudden causes of death may attribute to the state of the rabbit. We hope this article about why rabbits die suddenly with eyes wide open answered your questions. 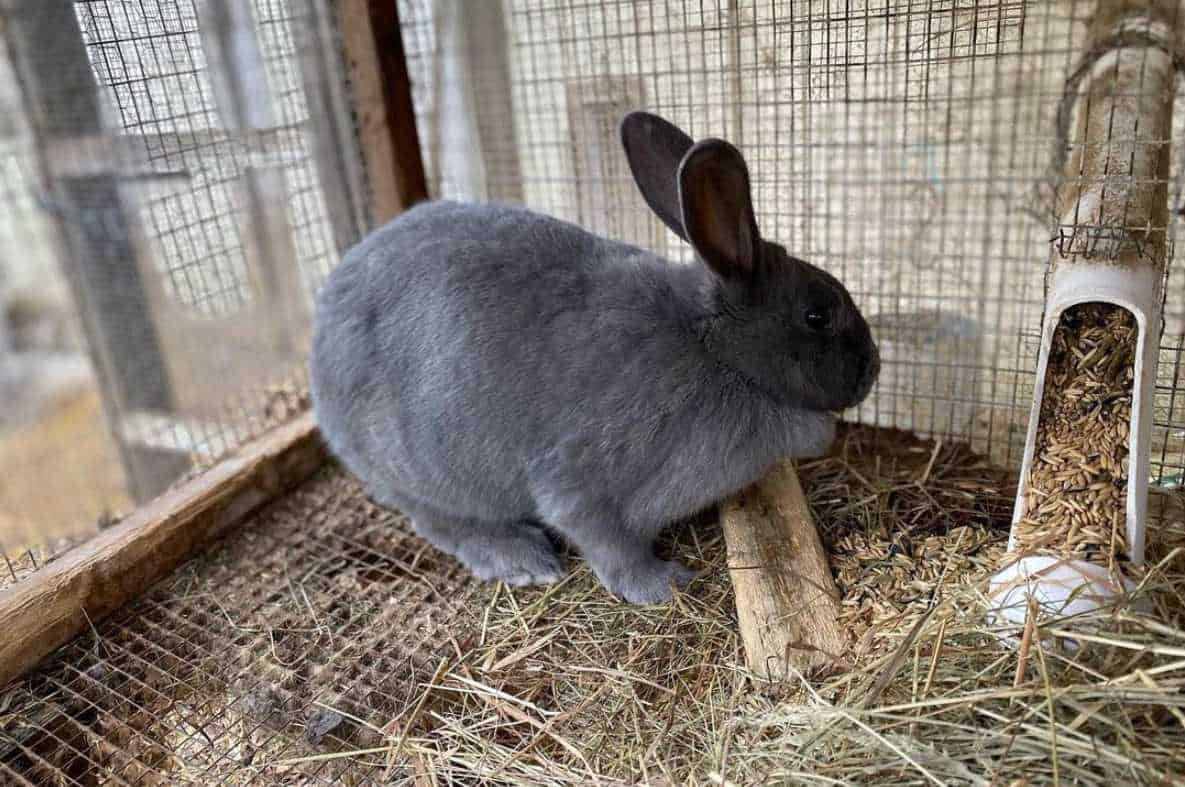 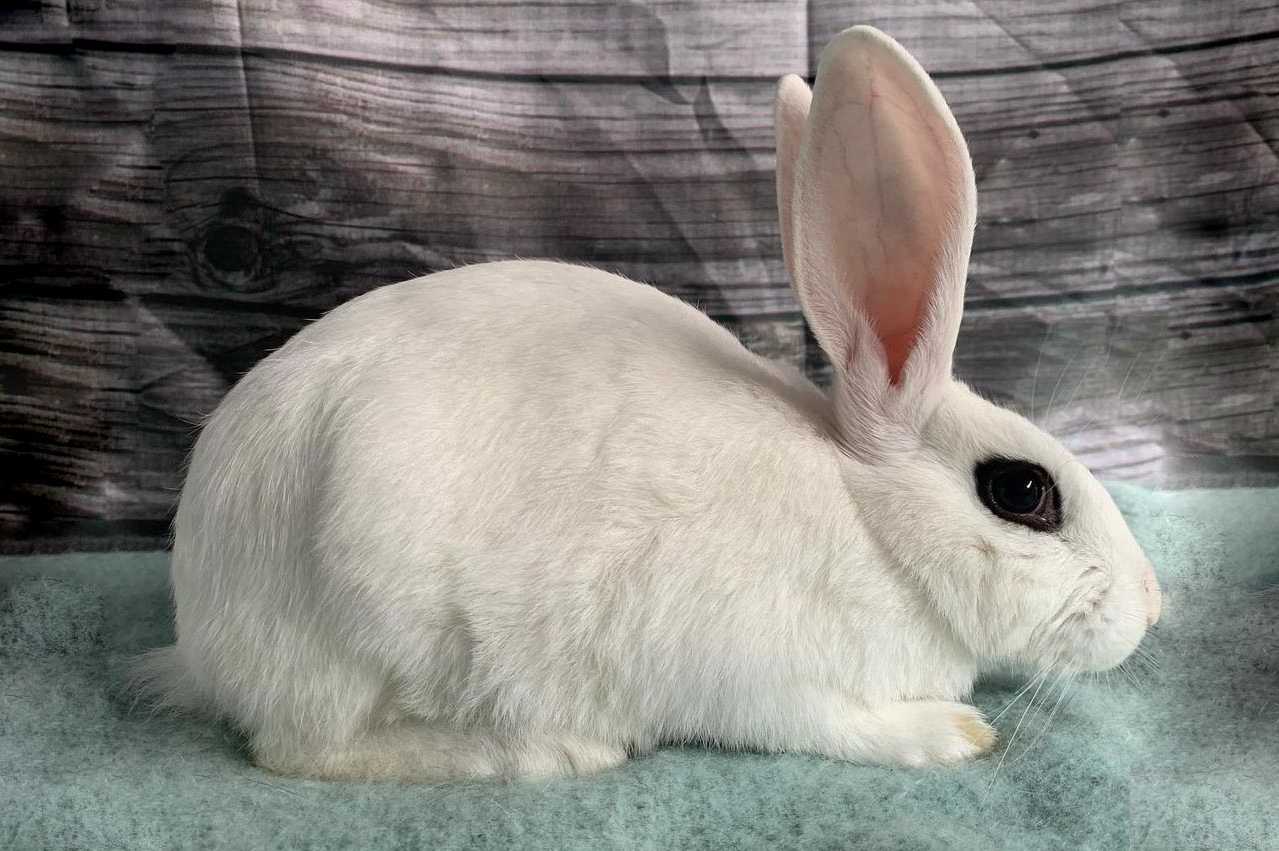 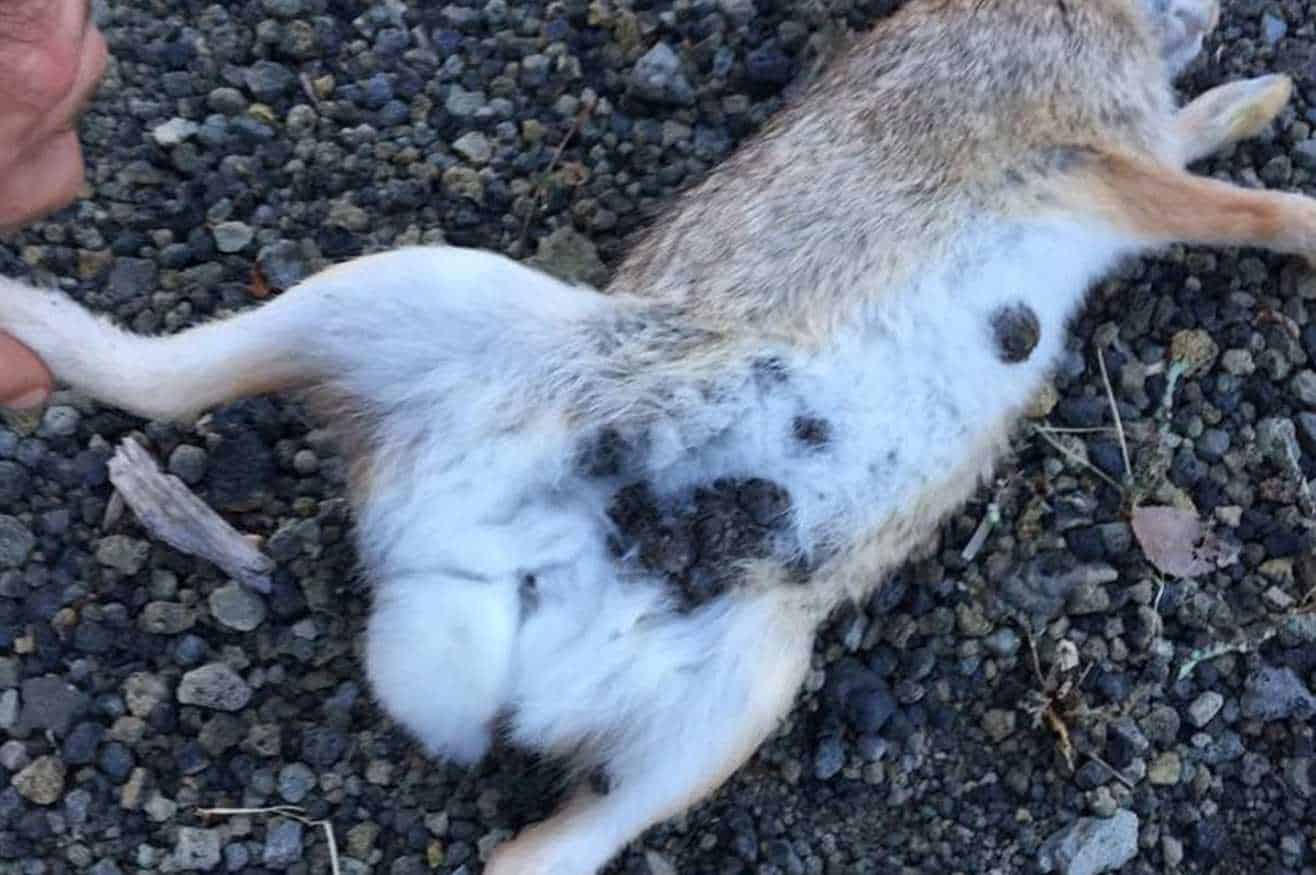