12 Most Famous Rabbits (with Pictures)

Over the years, rabbits have made their mark in history. It’s not uncommon to see film adaptations, books, songs, etc., created about famous rabbits.

Beyond being society icons, these famous rabbits have impacted society by teaching moral standards while serving as a source of entertainment for many people worldwide. Below are some famous rabbits in history. 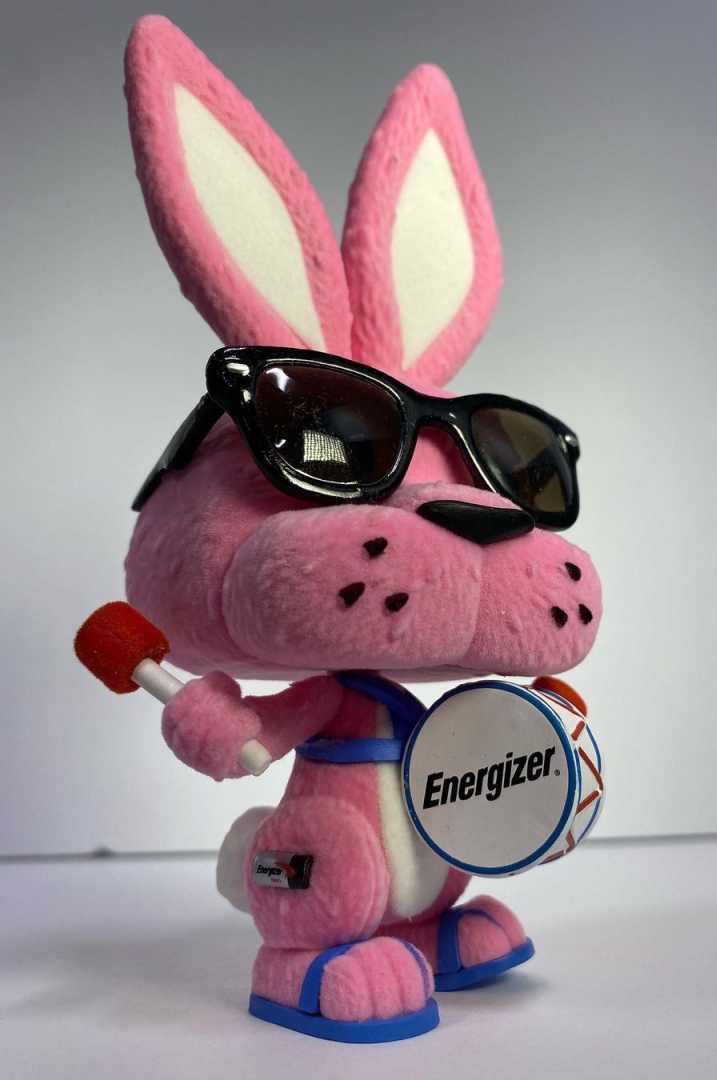 You must have come across the Energizer Bunny if you regularly watch television ads. In commercials by D.D.B Chicago Advertising, a pink toy rabbit with fluffy ears and a wide grin, the Energizer bunny, is the face of Energizer batteries in North America.

It first appeared on TV screens in 1988 and has been going ever since, like the tagline of the commercials rightly states, “Still going.” The bunny markets batteries claimed to be clean, environmental-friendly, and durable for 25 years.

It has appeared in several iconic events such as the New York Fashion Week, and has been inducted into the Madison Avenue Walk of Fame. 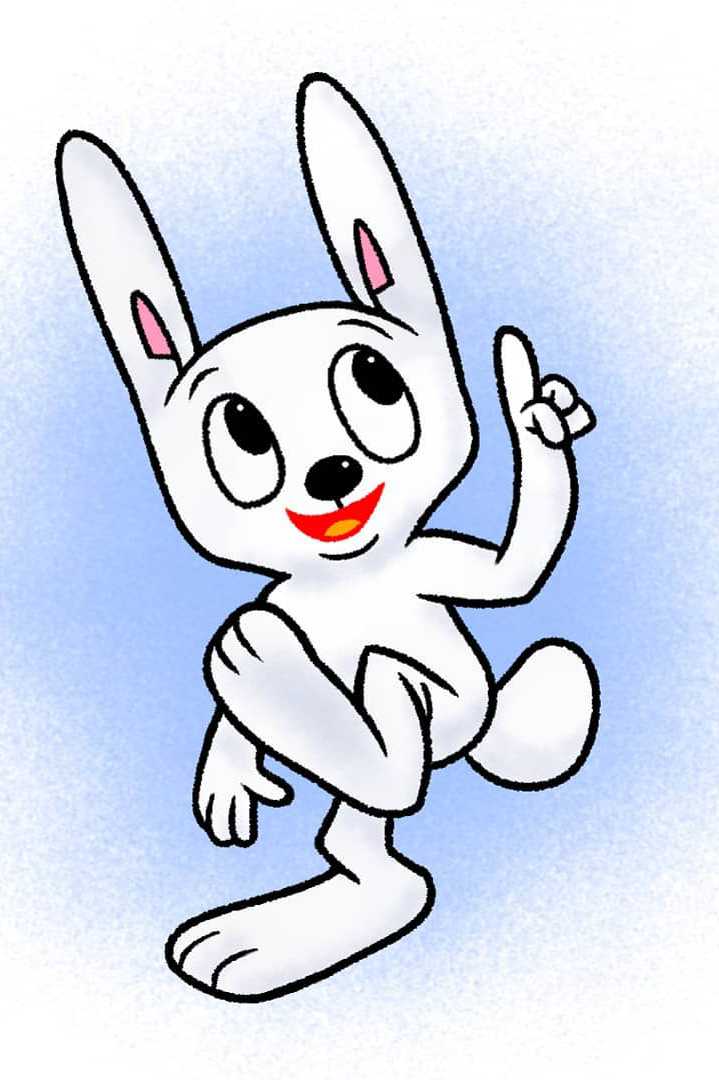 A brainchild of Alex Anderson, who was the nephew of Paul Terry, a newspaper cartoonist, Crusader Rabbit is the first animation series made for television.

It came on the air in 1947 and was about the friendship between two unlikely characters: a rabbit and a tiger. The rabbit is the story’s hero, taking on threats, unsavory elements, etc., to protect other rabbits in Texas.

Even though it was a small creature, it displayed a type of confidence and courage that was beyond its size. From 1947 to 1951, 195 episodes of the series were aired by syndication on television before the color series of 260 episodes came up in 1956. 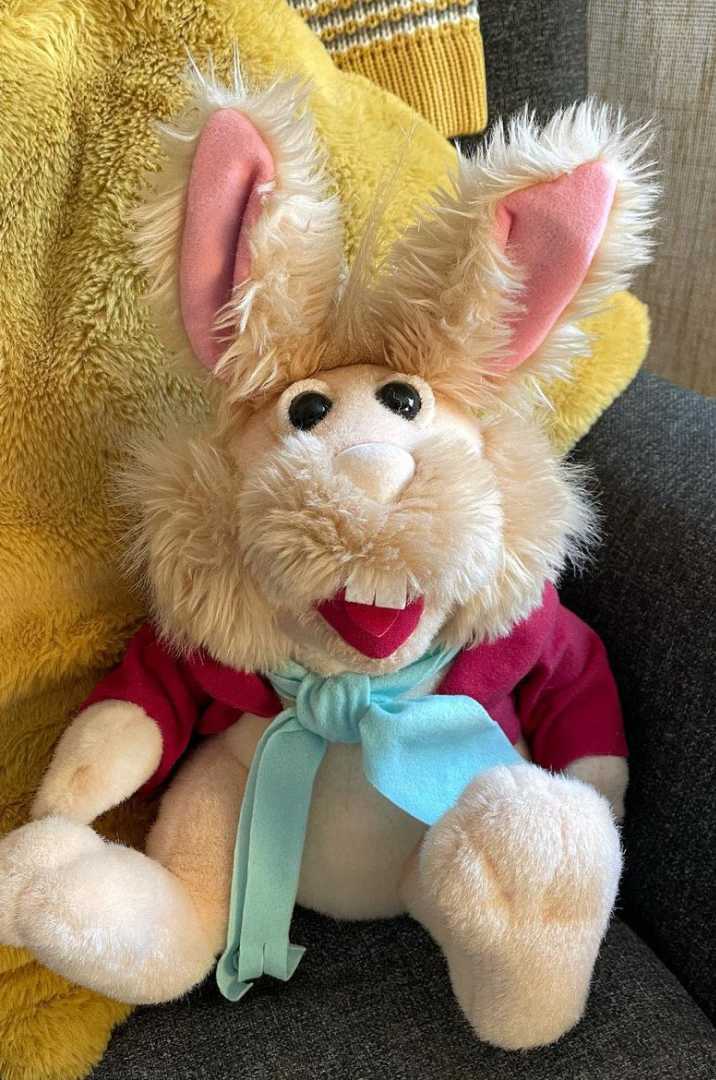 If you’re looking for a character that’s had trouble with being cute, Bean Bunny is the rabbit you want. He first starred in 1986 in The Tale of the Bunny Picnic.

Bean Bunny’s role in his movies is fun and enlightening, making them resonate with both the young and old. Bean Bunny is part of the permanent World of Puppetry exhibits at the Center for Puppetry Arts in a bid to mark how much of an impact he has made. 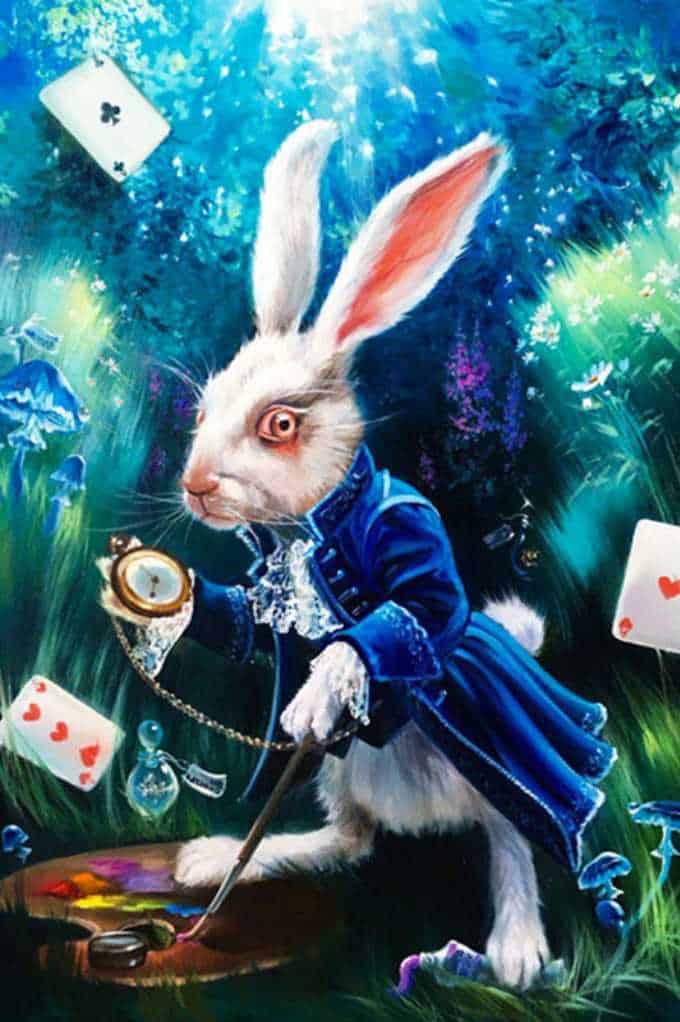 What comes to mind when you hear this famous line, “I’m late! I’m late! For an important date!”? The White Rabbit, of course. One of the main characters in Lewis Carroll’s book Alice in Wonderland, the White Rabbit, is known for his tardy and unpunctual personality.

His character is portrayed as a contrast to Alice’s, who’s respectful, kind, and polite to everyone irrespective of their position.

The White Rabbit has either appeared or been referenced in movies, songs, and books such as Star Trek, Once Upon A Time, Leverage, Jurassic Park, Alice in the Country of Hearts, White Rabbit by Grace Slack, Her Name is Alice by Shinedown, etc.

It first became an animated series by Disney in 1951. 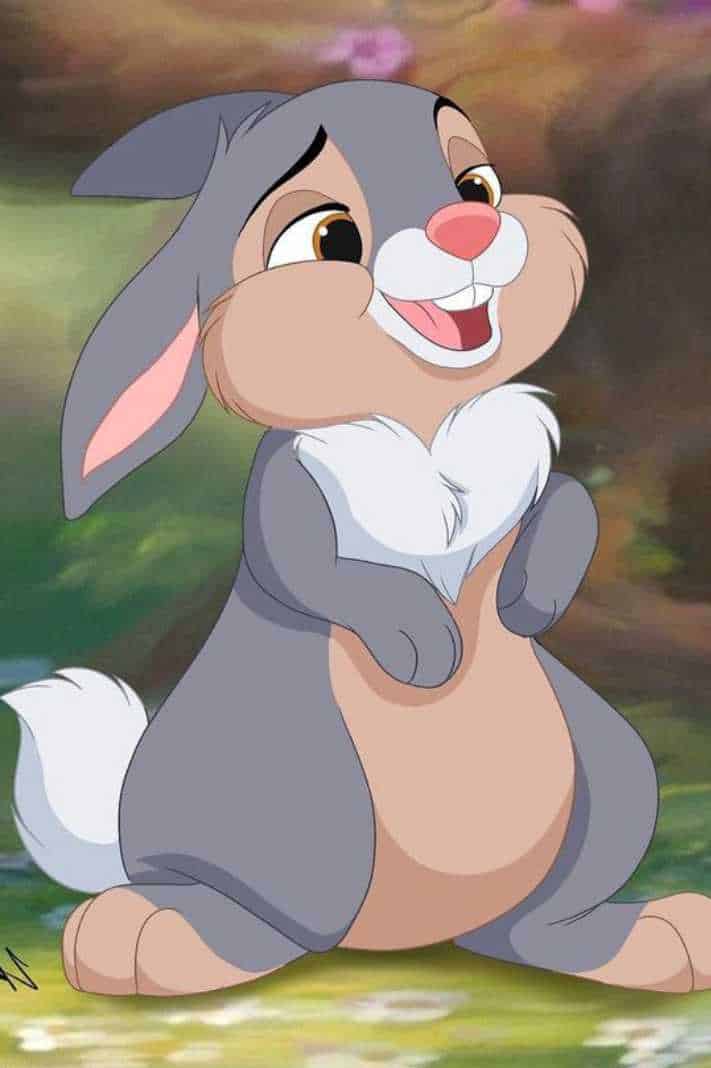 Often mistaken for a female bunny because of its hazel eyes, white tail, and pink nose and ear interiors, Thumper is another famous but comical rabbit in history.

He got his name from habitually thumping his left foot and first appeared on TV in the animated series Bambi in 1942. He has starred in other movies such as House of Mouse, Duck the Halls: A Mickey Mouse Christmas Special, etc.

The animated series focuses on the friendship between 3 characters – Bambi, the forest’s prince, Thumper, and Flower. Thumper is best known for his law which states, ” If you can’t say something nice, don’t say anything at all.” 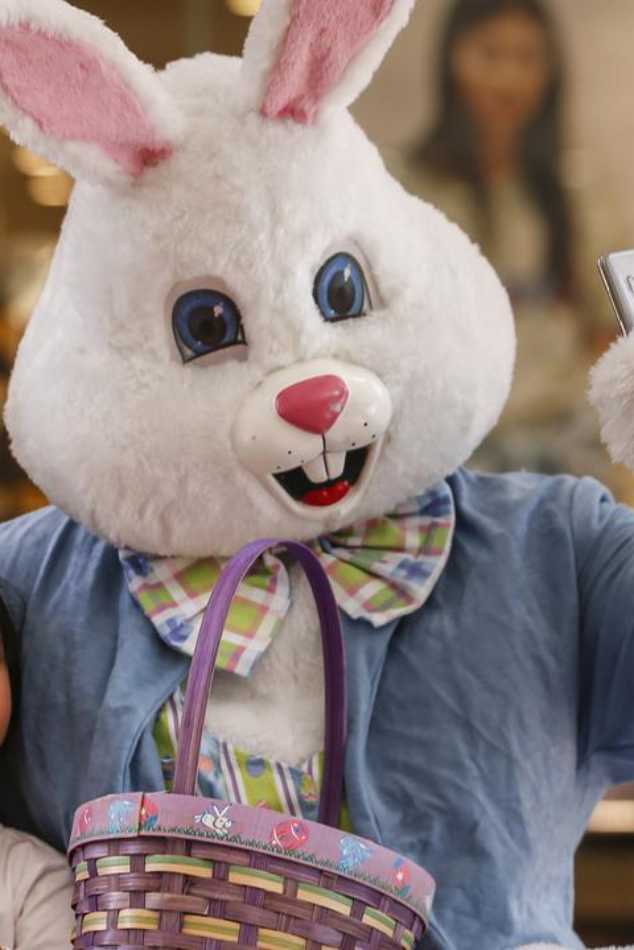 Often portrayed as a white rabbit in fine clothes with long ears and pink interiors, the Easter Bunny is long associated with Easter, one of the special occasions Christians celebrate.

Research shows it is based on a pagan tradition in which Eostre, the goddess of spring and fertility often represented by a rabbit, was honored.

It was brought to America by the Germans who immigrated in the 1700s. Soon enough, it spread throughout the whole country and became an Easter special. Besides, eggs signify the resurrection of Jesus, the God of the Christians.

However, the Easter Bunny now brings other gifts such as money, candies, chocolates, etc., for kids instead of eggs. 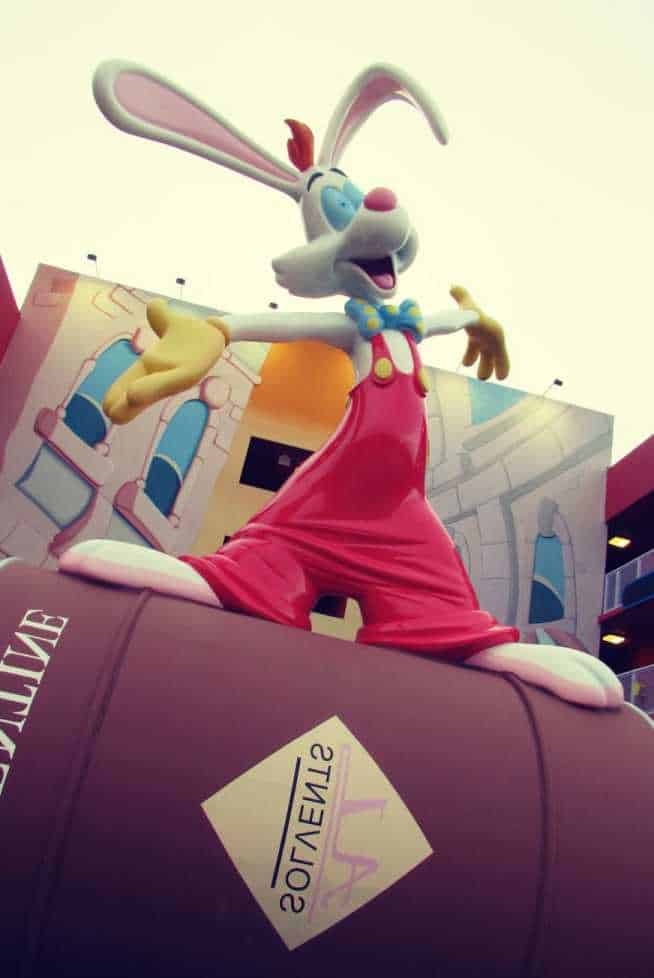 In Gary K. Wolf’s novel “Who Censored Roger Rabbit?” in1981, Roger Rabbit was the protagonist. Later, the book was adapted into an animation film in Disney’s Who Framed Roger Rabbit? in 1998.

The film was a hit. Roger Rabbit combines famous cartoon characters like Pinocchio, Sylvester the Cat, Mickey Mouse, Goofy, etc. He has starred in other movies such as Mickey Mouse’s 60th birthday, Aladdin & the King of Thieves, etc.

Portrayed as a character that likes to make others laugh, kind and naive, Roger Rabbit was used to teach people some morals while also entertaining the audience. 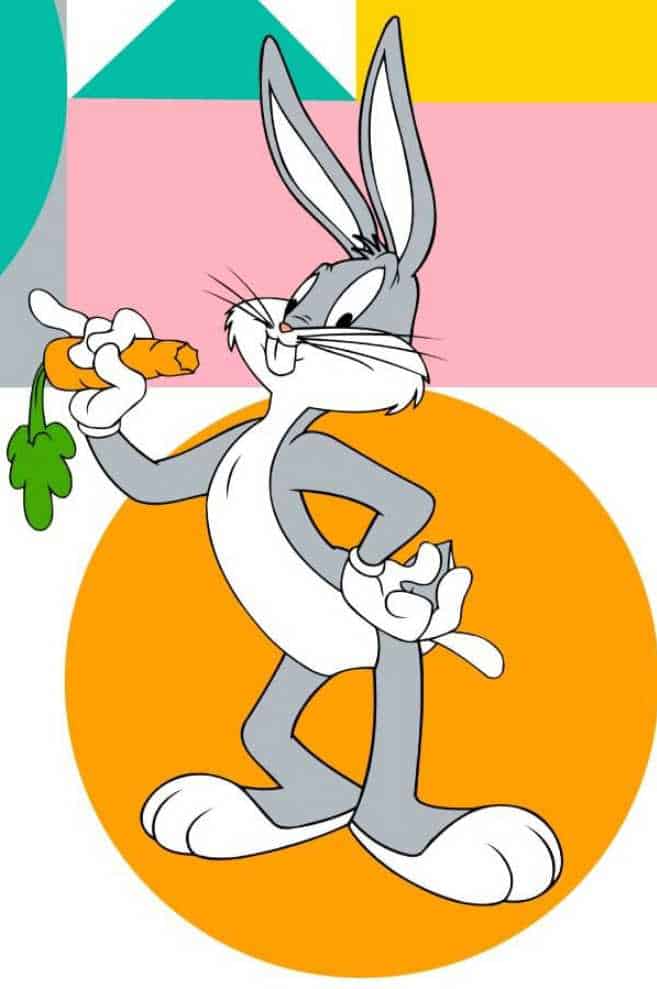 Regarded as one of the most iconic rabbits, Bugs Bunny was created in the 1930s in the Warner Brothers Studio but didn’t officially appear on air until in A Wild Hare in 1940.

His character helped entertain diverse audiences throughout the second world war, making him a generational cartoon character. He has featured in other films like 1,001 Rabbit Tales, What’s Up, Doc?, The Looney, Looney, Looney Bugs Bunny Movie, Merrie Melodies, etc.

Bugs Bunny is often shown as a character who would rather avoid fights, but he always outsmarts his enemies when he has no other option. His attitudes of not giving a damn about anything and constantly eating carrots always thrill his audience. 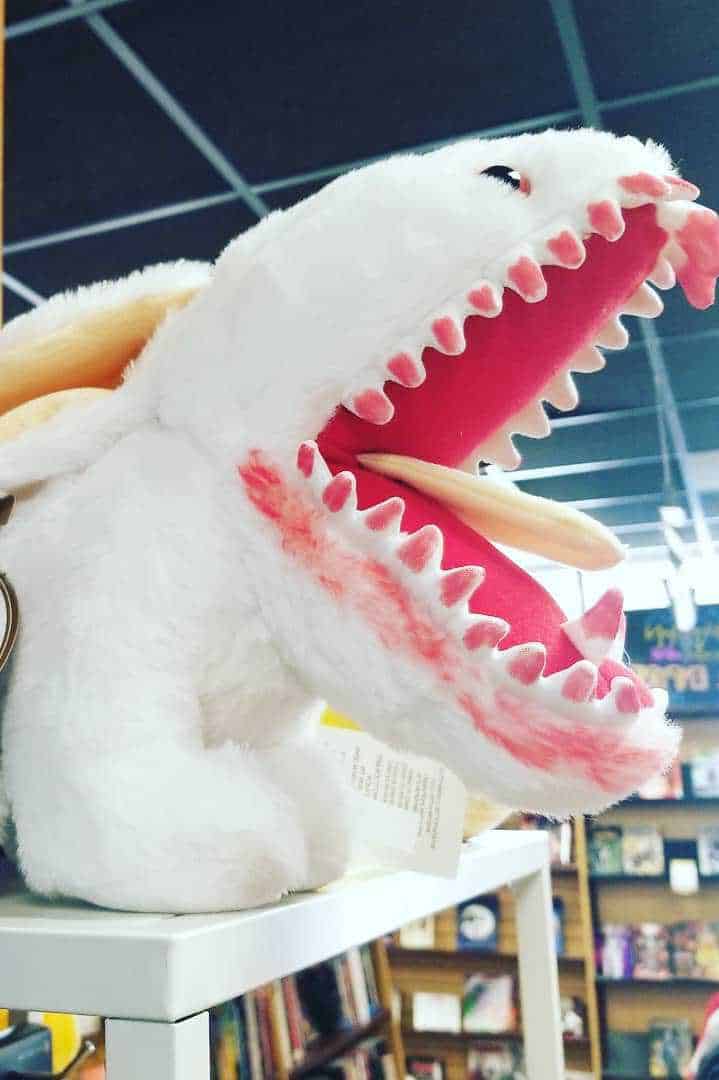 Also known as Rabid Beast and the Killer Bunny, the rabbit of Caerbannog starred in the movie Monty Python and the Holy Grail in 1975.

In the movie, it looks too cute and innocent to be a killer rabbit until it kills three of the knights who wanted to pass through the cave it was protecting by biting them on their necks.

It has been referenced in other works of art such as Shadow Warriors, Minecraft, The Madness of Little Emma, Warlock, etc.

Historians believe the idea for the killer rabbit could have come from the Roman de Renart story, The Year of the Angry Rabbits, and the Notre Dame de Paris facade.

Now, it’s often used to represent something or someone that looks good and innocent on the outside but has a repulsive personality. 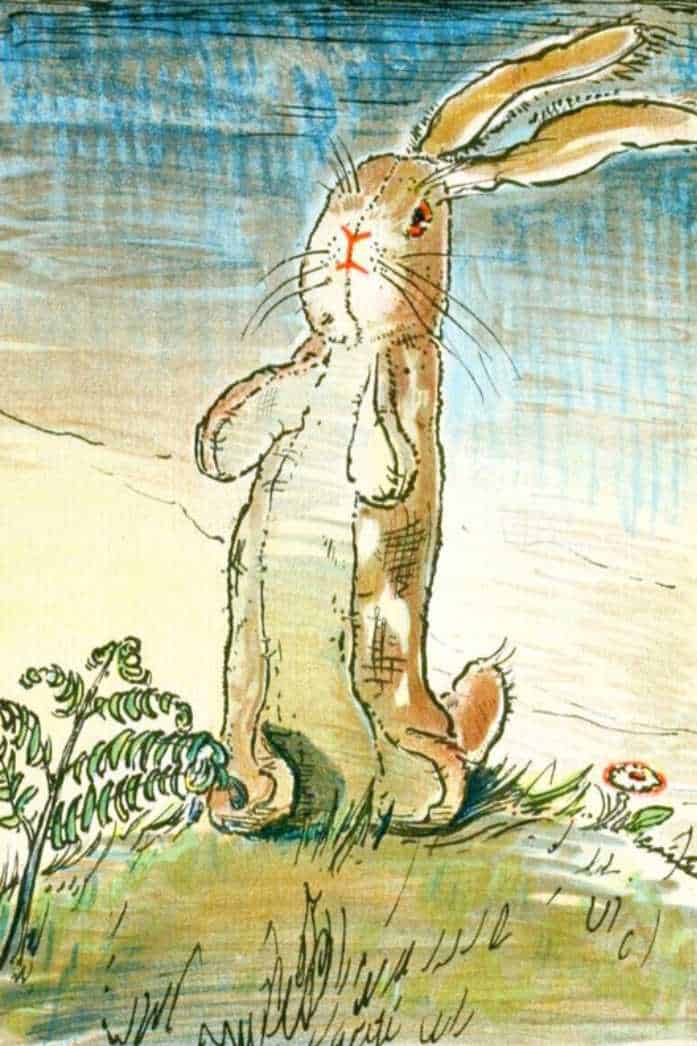 The Velveteen Rabbit is the title of Margery Williams’ first book, published in 1922. It recounts the story of a toy rabbit who desired a child’s love because he wanted to become real.

He eventually became a child’s favorite but soon got thrown out when the child fell sick and the doctor ordered his room to be disinfected. While he cried, a fairy appeared out of his tears and granted his wish, turning him into a real rabbit.

The book has been adapted into over 12 films and animations and has won the IRA/CBC Children’s Choice Award.

The adaptations have won awards such as the Silver Plaque Award and appeared in events like the American Film Festival, Columbus Film Festival, Chicago International Film Festival, etc. The Velveteen Rabbit continues to be used in classrooms for children today. 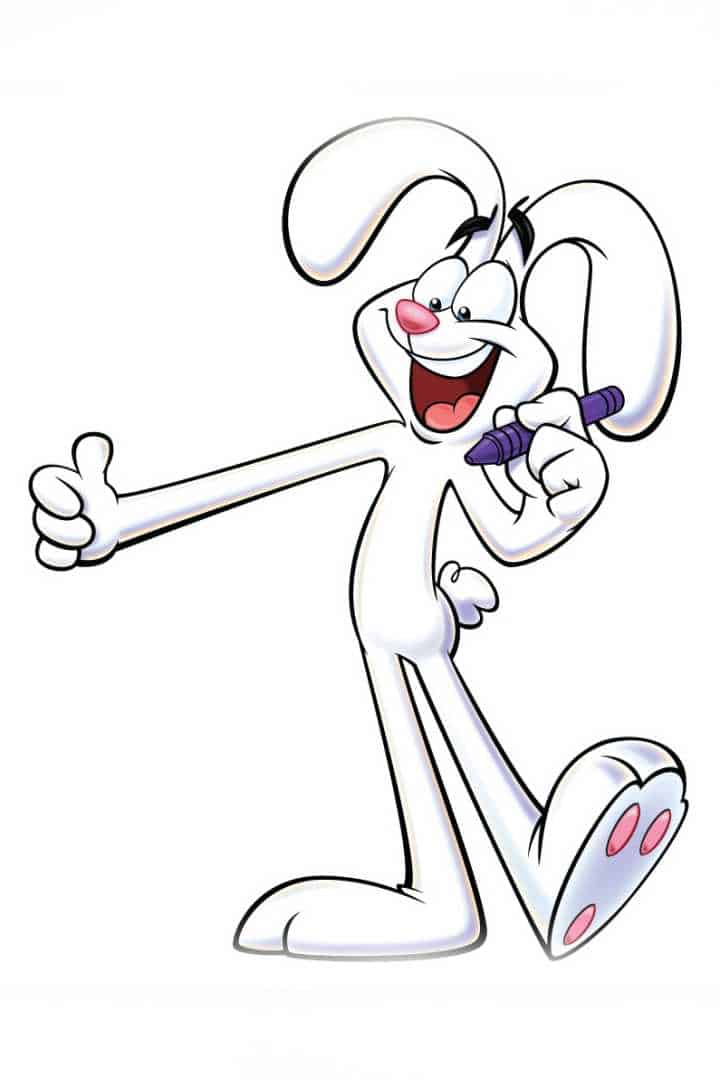 The Trix Rabbit also called Tricks or Silly Rabbit, is the marketing mascot of the first-flavored cereal, Trix Cereal, first made in 1954.

But it wasn’t until 1959 that the Trix Rabbit debuted in the Trix Cereal television commercials. In the commercials, the rabbit is seen begging the children for cereal.

The children always maintain that the cereal isn’t for him, saying, “Silly rabbit, Trix are for kids!” but he ends up eating the cereal nevertheless.

There were also commercials where the rabbit ate the cereal without begging the children. The rabbit is portrayed as tricky, persistent, and fun, partly explaining why the commercials became popular. 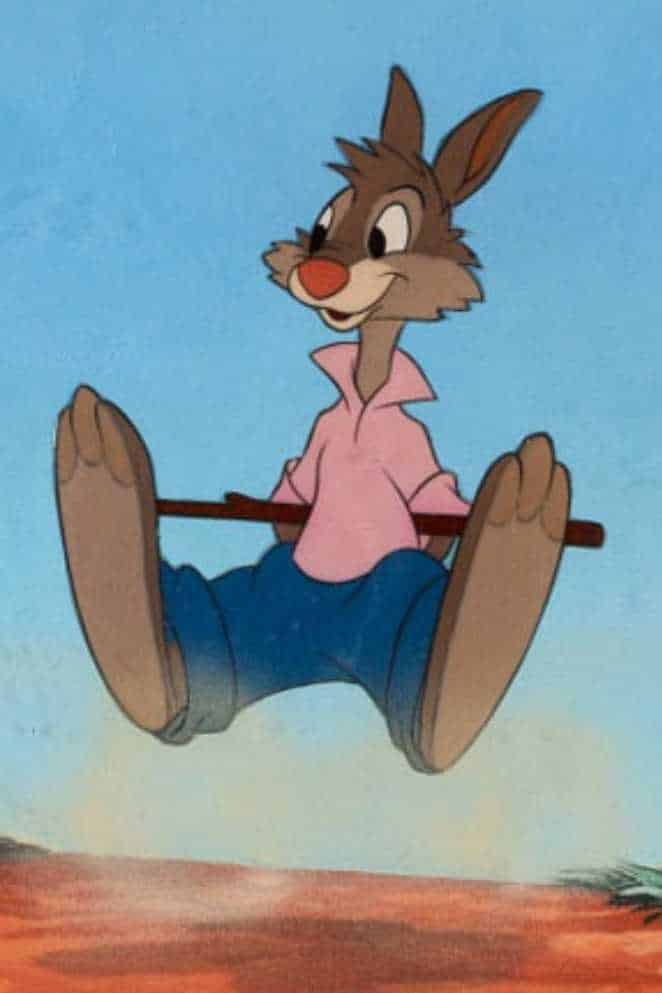 Also called the Bre’r Rabbit or the Br’er Rabbit, the Brer Rabbit is an African folklore character that’s weak and small but outwits his enemies. He’s often referred to as a trickster.

Disney History shows that the folklore was brought to Southern America by African slaves, especially in places like West Africa, where the Akan tradition was firmly rooted.

He represents how life can be lived by relying less on one’s brawn but more on one’s brains. Disney adapted the stories into an animation, Song of the South, in 1946.

It’s quite mindblowing that creatures as fragile and small as rabbits are celebrated in popular culture, whether through books, movies, songs, etc., for their personalities or significance in their environments.

This has increased the value of rabbits and could likely be one of the reasons more people are opting for rabbits as pets.