Do Rabbits Have Whiskers? (Purpose & Health)

Do rabbits have whiskers? If you are a rabbit mom or dad, you have probably noticed at some point that they have some hair that’s pretty similar to cat and dog whiskers. Now, you might be wondering if they are the same thing. Well, no need to wonder anymore. Let’s answer that today!

Do Rabbits Have Whiskers? 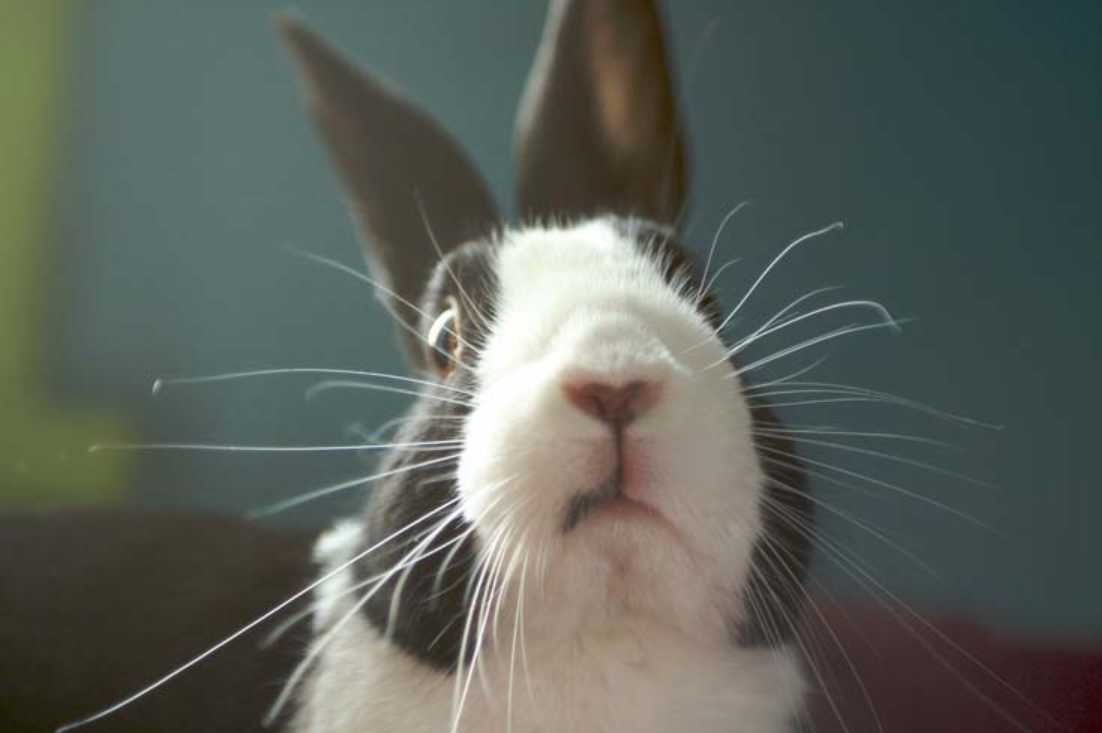 Whiskers are commonly known features in cats and dogs. These fur friends are not the only ones with it, though. Many other mammals have whiskers. We won’t be able to list every single one of them today. However, there is one we will take a good look at today. Rabbits!

If you have a rabbit, you might be taking a good look at your furry friend now. And if you are, you will find that, yes, they do have whiskers!

Rabbit whiskers are noticeable once you take a good look at them. However, you could say whiskers are not as commonly known with rabbits as they are with cats and dogs. That’s why, even if you have been living with a rabbit for some time already, you might have still done a double-take.

Additionally, you might be surprised to know that rabbits have tons of whiskers! It might have been easy to spot the ones on their cheeks, as these are usually one of the longest, but they also have whiskers around their noses, mouths, and eyes.

We will be talking more about these whiskers and their placement later on. However, to better grasp that, let’s quickly define what whiskers are in the first place.

What Are Rabbit Whiskers? 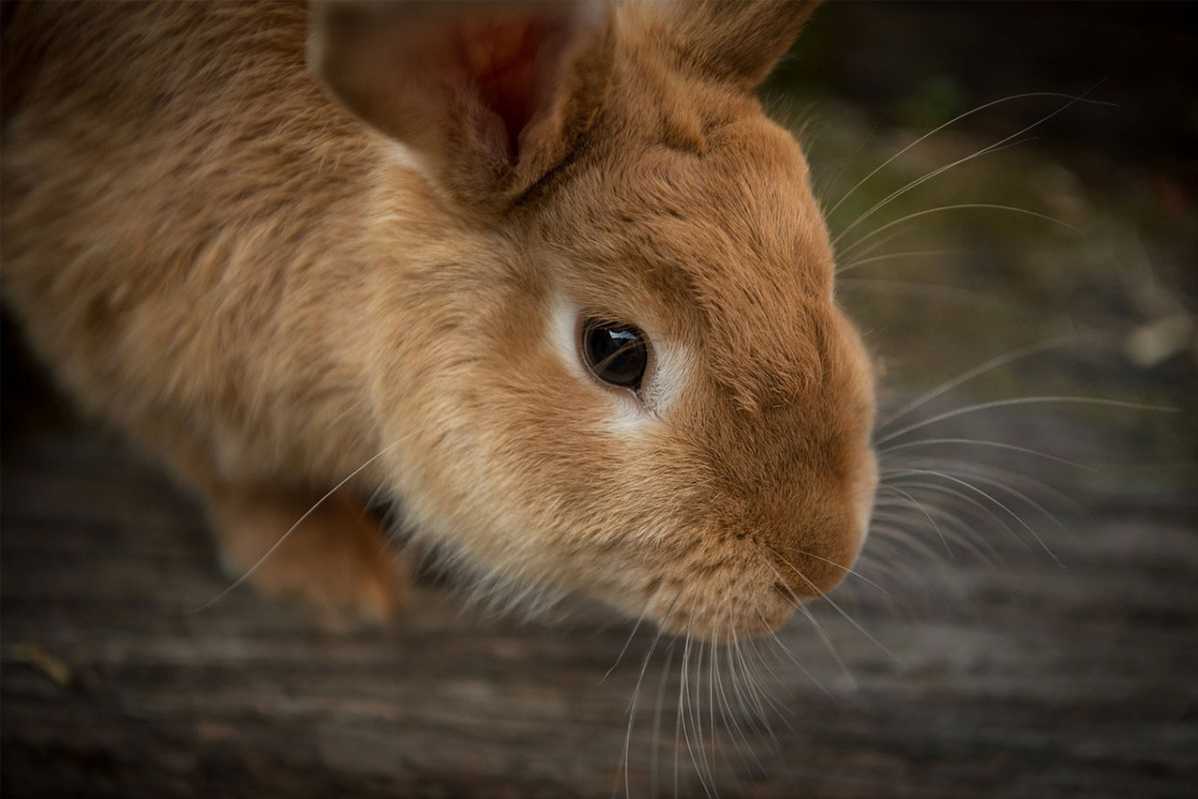 Whiskers look like hair (though somehow out of place). Well, that is because they are still hair.

Whiskers are a special type of hair called vibrissae and are unique from pelages (i.e., fur). They have the same job of protecting and serving the rabbit. However, you could say they protect and serve your rabbit differently.

Your rabbit’s fur help protect them by keeping them covered. On the other hand, whiskers aid in protecting them by helping them make sense of the world.

Whiskers are the stiff, thick, and long hair you can find on your rabbit. They are extra sensitive, and you could say they give rabbits a sense of touch. They help rabbits navigate and understand their world better. They help rabbits “touch things” and aid them where their other sensations are lacking.

Whiskers may look out of place, making you wonder if they are whiskers indeed or some misplaced overgrown hair. However, they are not distributed randomly. They do follow a type of pattern. Whiskers are in a form wherein the shorter ones are on the front while the longer ones are at the back.

We are now hopefully on the same page. Now, let’s delve deeper.

A Rabbit Has Whiskers on Its Cheeks

Yes, rabbits have whiskers on their cheeks. The most prominent of all the whiskers are the ones found on the cheeks of our furry friends, probably because they are often the longest.

The length of these whiskers often imitate the width of our furry friends. These whiskers best help rabbits with spatial awareness.

Like humans and many other animals, rabbits have heads that are smaller than their bodies. The whiskers on their cheeks help them gauge if they could fit and get through certain places, like their burrows and warrens!

The whiskers on the cheeks might be the most prominent. However, the cheek area is not the only place you will find to have whiskers.

A Rabbit Has Whiskers Around Its Nose 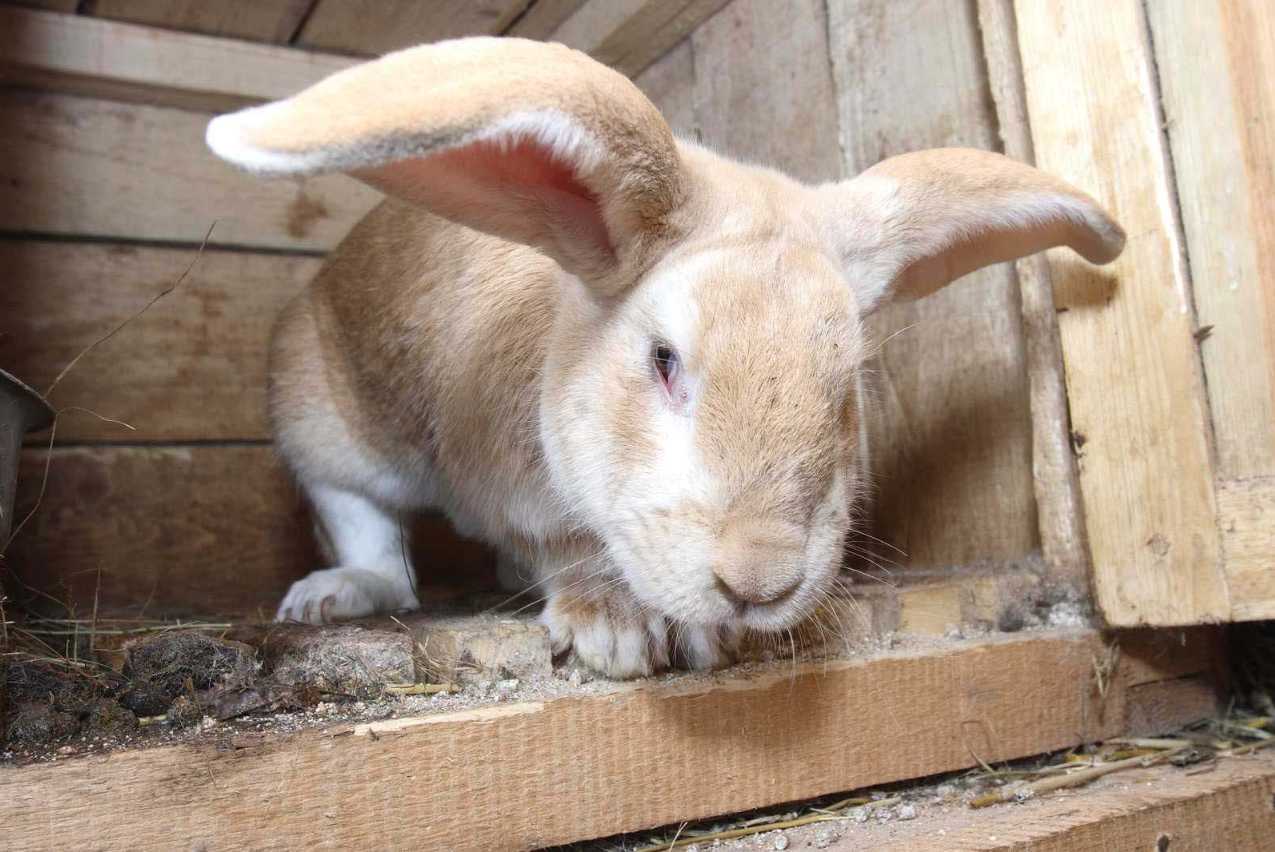 If cheeks have the longest whiskers, the nose probably has the shortest ones. Because of their length, these ones might not be that noticeable unless you take a good look at a rabbit, but they do have whiskers on their noses. They are very short, but they are there!

You could say these whiskers best help them with their blind spot. Rabbits have a great field of vision, and they can see almost all around them at once.

However, their sight helps them best with long-distance concerns. Their eyes can help them see trouble miles away, but not when it’s already near. Their eyes are not the best tools for things up and close to their faces. That’s because they have a blind spot in front of their noses.

The whiskers around their nose help them perceive things they have trouble seeing. You could say it makes up for the deficiency of their eyesight.

With that, you might try to get up close and personal with your rabbit to examine the whiskers on its nose. You might want to be extra careful when doing so, especially if you are handling a new rabbit.

Since rabbits have trouble seeing in front of them, they might not recognize you and act as they deem fit. They might attack you!

A Rabbit Has Whiskers Around Its Mouth

The whiskers around their mouths might be a little longer than those on their noses, but they still might not be that noticeable. However, yes, they do have whiskers in this area as well!

A Rabbit Has Whiskers Above Its Eyes 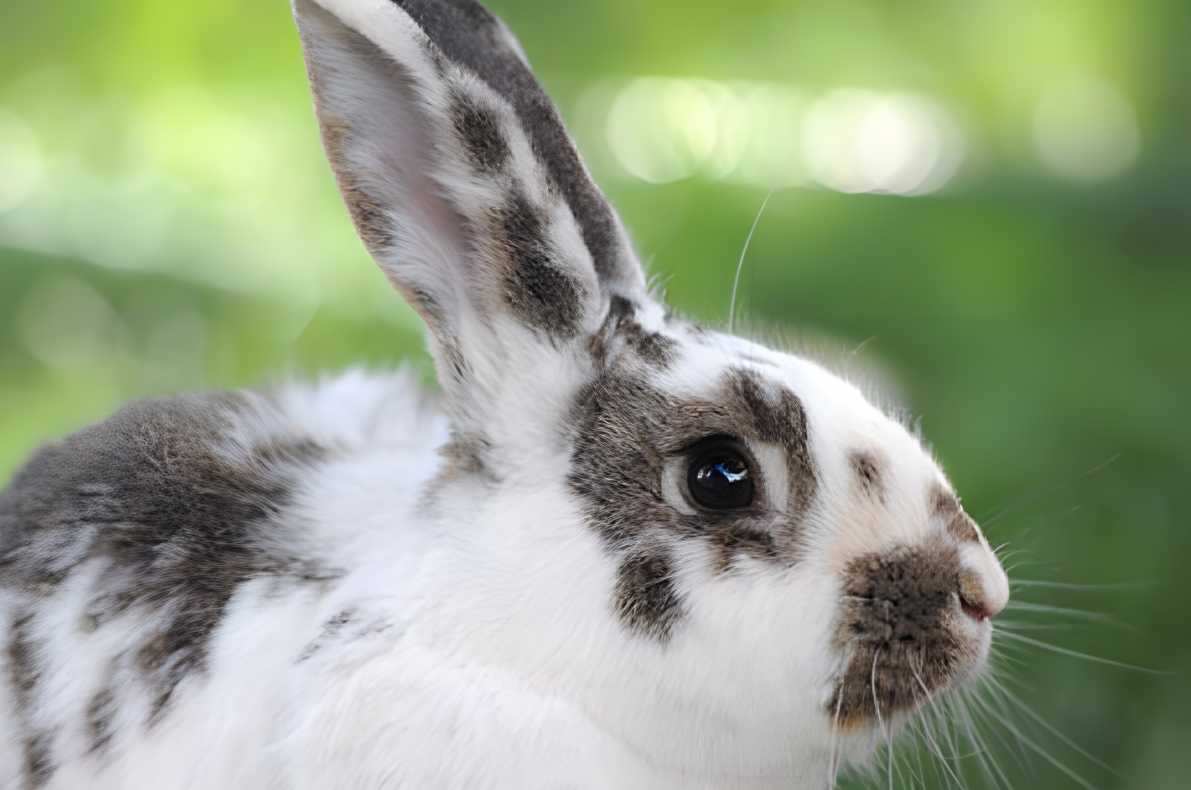 Maybe the least noticeable of all the whiskers are the ones above their eyes. However, yes, they do have some whiskers up there!

Like all the other whiskers you can find on your rabbit, the whiskers above their eyes also help them understand their world. They help them feel things above them, for one.

You could say they have an additional job, though! The whiskers you can find above their eyes also give them added protection from particles and the like. As you can see, a little like our eyelashes and eyebrows!

Now that you know rabbits have whiskers, it’s time to talk about whiskers and rabbit health. Here are some things you might want to keep in mind now that you are aware of our furry friend’s unique hair.

Can I Cut My Rabbit’s Whiskers? 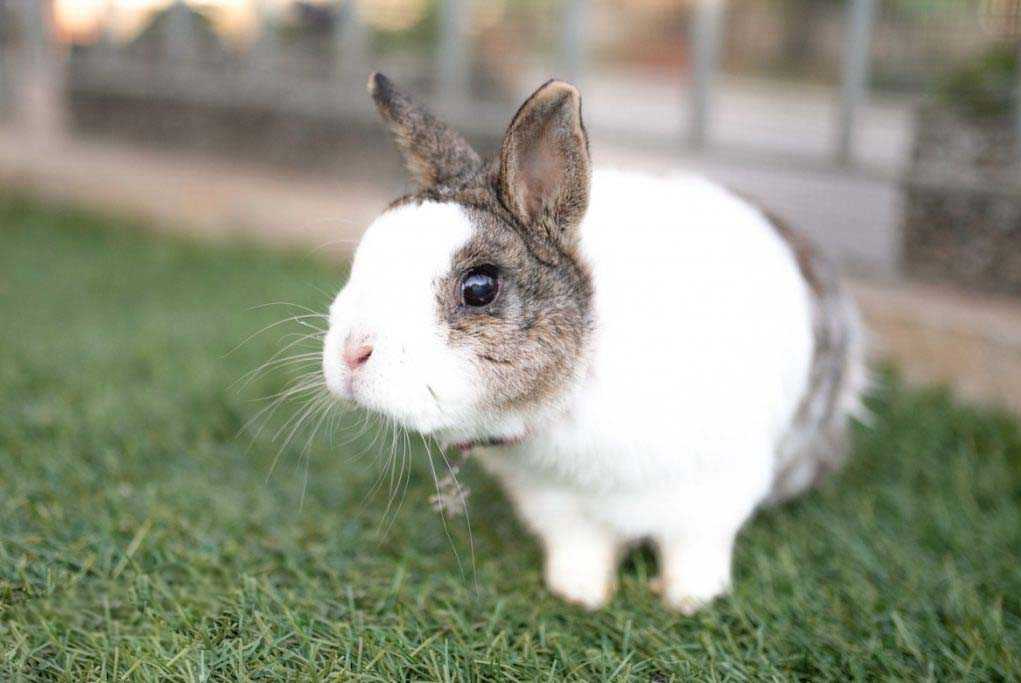 As we have said earlier, you could say that whiskers provide our furry friends with a sense of touch. Now, you might be wondering if damage to it could bring them pain.

You can cut your rabbit’s whiskers without hurting them. You don’t have to worry if you cut them by accident. They will likely grow back again.

On the other hand, pulling them out is a different story. This one could hurt your rabbit.

It is best not to pull out your rabbit’s whiskers, but you could cut them. However, it is not advisable to do so unless it becomes necessary.

Why Do My Rabbit’s Whiskers Look Damaged? 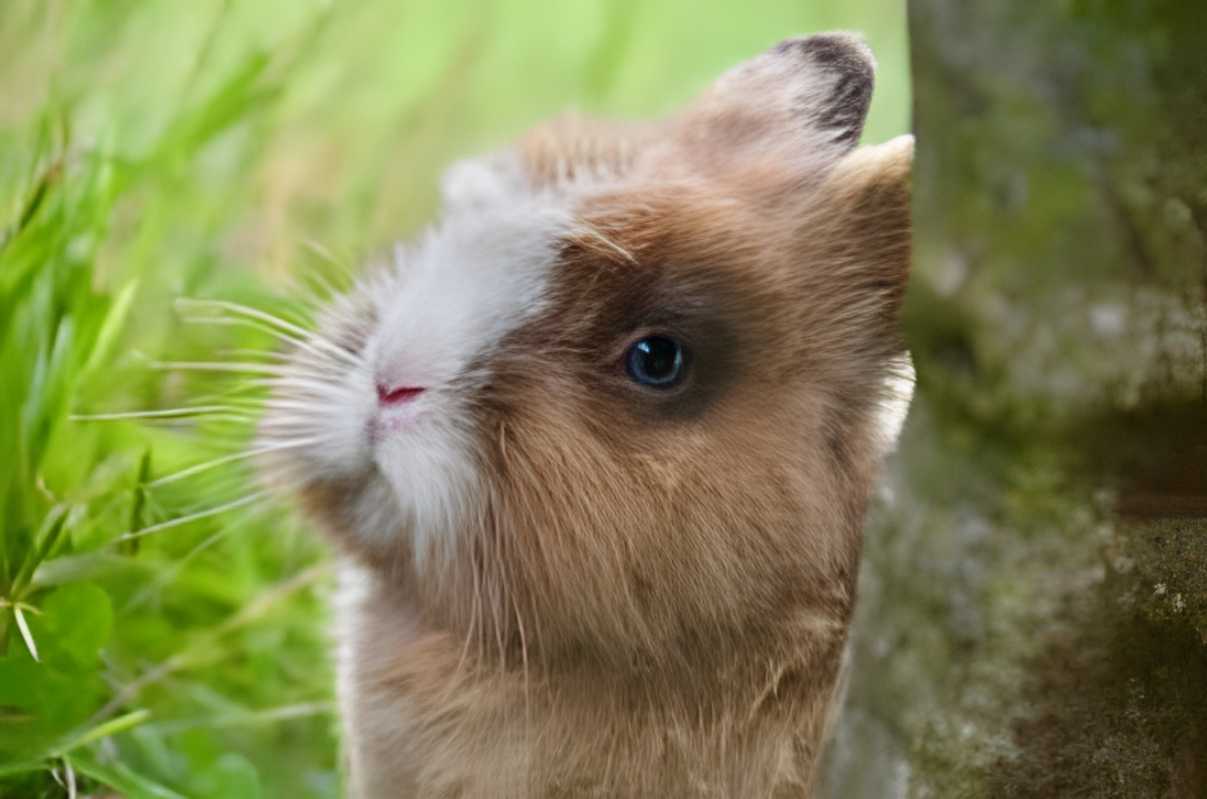 There are many reasons why your rabbit’s whiskers might look damaged. Some you don’t have to worry about, and some you do.

If it appears frayed and you have more than one rabbit, it could be due to fighting. Usually, though, this incident should only happen when you first introduce the rabbits. That is unless you don’t bond your rabbits.

If you have bonded your rabbits and they have been living together for some time now, and you can be sure this isn’t it. Well, let’s take a look at the other possible answers.

On the other hand, you might not have to worry if it looks curled. It could just be due to aging or your rabbit’s breed. For example, the Rex and the Mini Rex are known to have curlier whiskers than others.

Why Are My Rabbit’s Whiskers Falling Off?

There are also many reasons why a rabbit’s whisker might fall off. It could also be due to the same reasons as with damaged whiskers. However, it could also be part of their normal shedding process.

Do rabbits have whiskers? As we have learned today, yes, they do! We found out that they have whiskers around their cheeks, noses, mouths, and above their eyes. Additionally, we also learned that while their whiskers might not be all that prominent features, they serve them a great deal.

We hope that has answered your question. Do you have other questions, inquiries, or concerns like this one? If so, feel free to give our other talks a visit then. We might have the answer or the thing you need!