Do Rabbits Fart? All You Need to Know

If you are a first-time rabbit owner, so many questions may be running through your mind. One of the most common questions asked by rabbit owners is ‘Do Rabbits fart,’ which is pretty logical if you ask me. Find out the answer to this question below.

Everything You Need to Know About Rabbits Fart 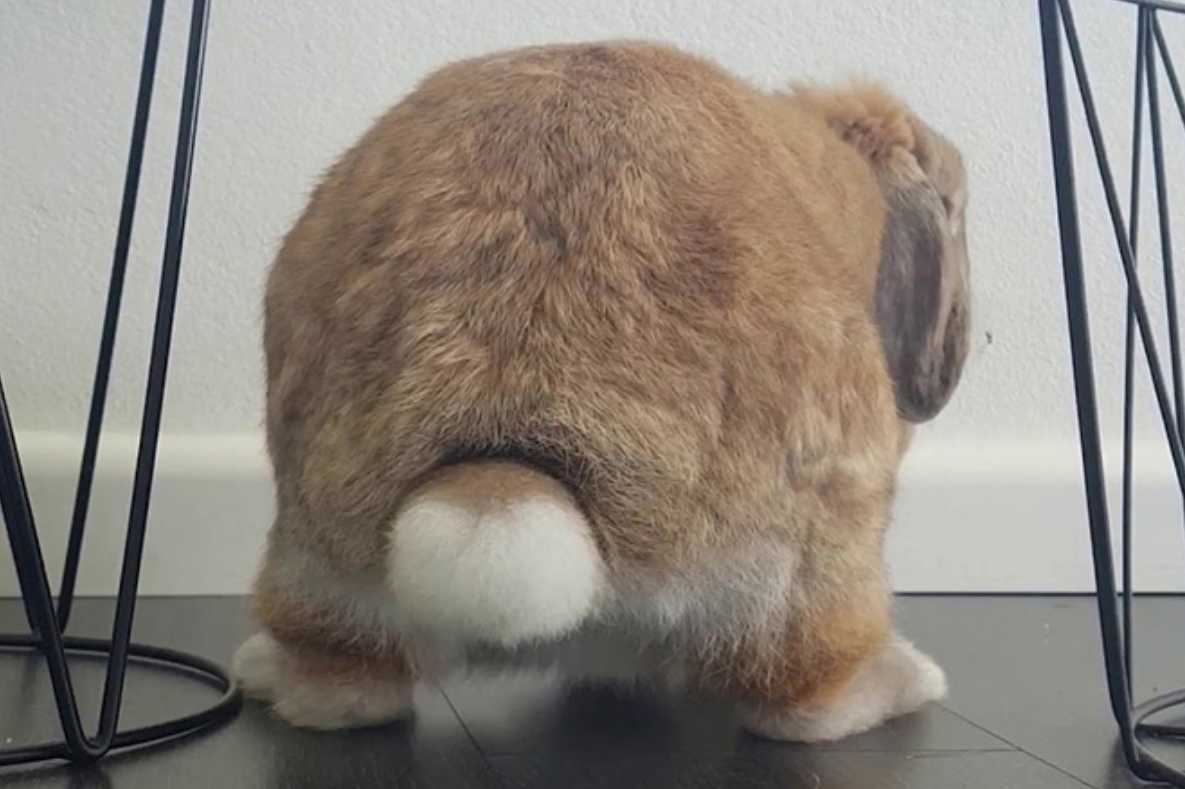 Like most mammals, rabbits also fart. It can be harmless at times, but it can also cause concern sometimes. Rabbits are known to be herbivores, but similar to humans, they have a monogastric digestive system.

Most of the time, their diet is low in fiber but high in carbohydrates. Carbohydrates can cause gas build-ups in a rabbit’s stomach, so rabbits fart to prevent that from happening.

A rabbit’s fart can be different for every rabbit. Some rabbits may fart loudly, while others may not have any sound. Others can have smelly farts, while some can have odorless farts.

It’s all a matter of what your rabbit eats and how their stomachs handle it. If you are changing your rabbit’s diet, there is a bigger chance that they will fart loudly because their stomachs are adjusting to the new change.

Why Do Rabbits Fart? 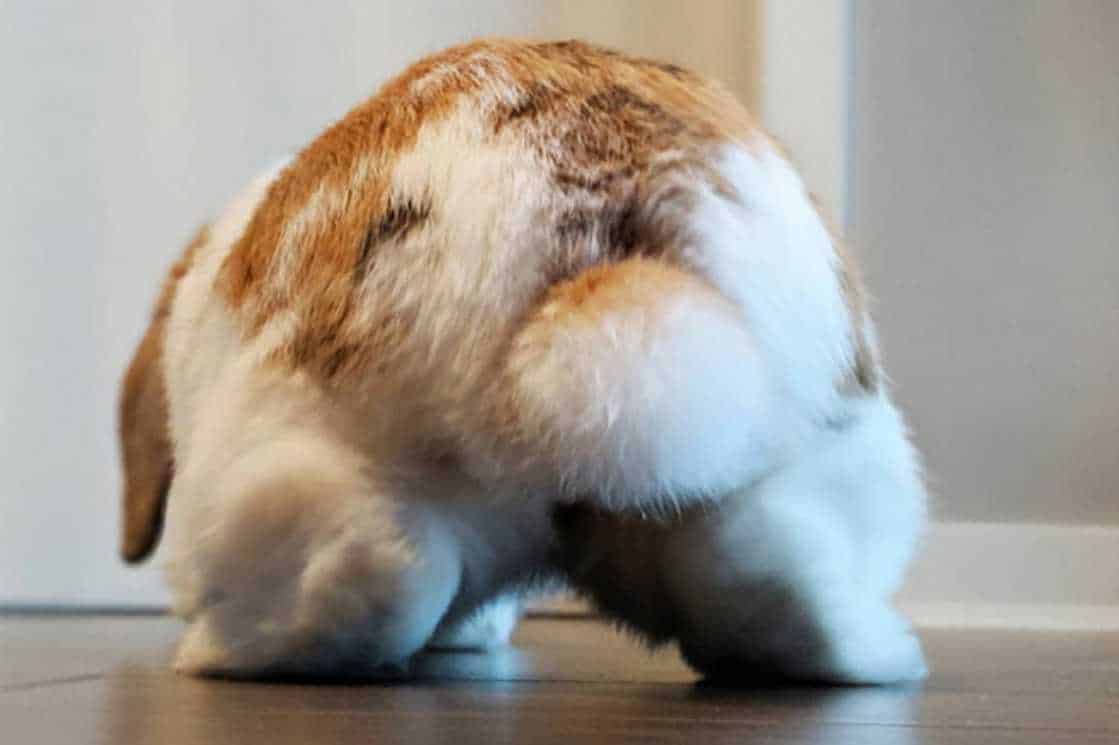 Rabbits fart for many possible reasons. This section will tackle each of them and how they affect a rabbit’s digestive system. Take a look down below for more information.

One of the main reasons why rabbits fart is because of specific foods. There are actually several foods that humans regularly take daily but can be harmful to rabbits. Some of them are cauliflower, carrots, kale, cabbage, and sprouts. It is because of the high carbohydrate content. Do not feed your rabbits too many carbohydrates or sugar since it can cause gas build-up.

Another type of food that you shouldn’t give to your rabbits is Chocolate and other types of sweets. This food is hazardous to rabbits, and it can even poison them to death. High in starch and carbohydrates, chocolates shouldn’t ever be given to rabbits as they can produce high gas build-ups and even lead to death.

If your rabbit is dehydrated, gas will eventually build up in their stomachs. This is caused by unstable electrolytes, which trap the gas inside their stomach, so they pass it out through farting. To prevent this, make sure that your rabbit always has clean water in their cages.

Like humans, eating fast can cause gas build-ups in a rabbit’s stomach. This is caused by the continuous swallowing of air to gobble up their food quickly. However, rabbits cannot burp, so they only let off-gas by farting.

There are many reasons why your rabbit may be eating too fast. The first one is because they are hungry since they are not fed adequate amounts regularly. It can also be caused by anxiety and dominance, so having one rabbit per hutch is better. 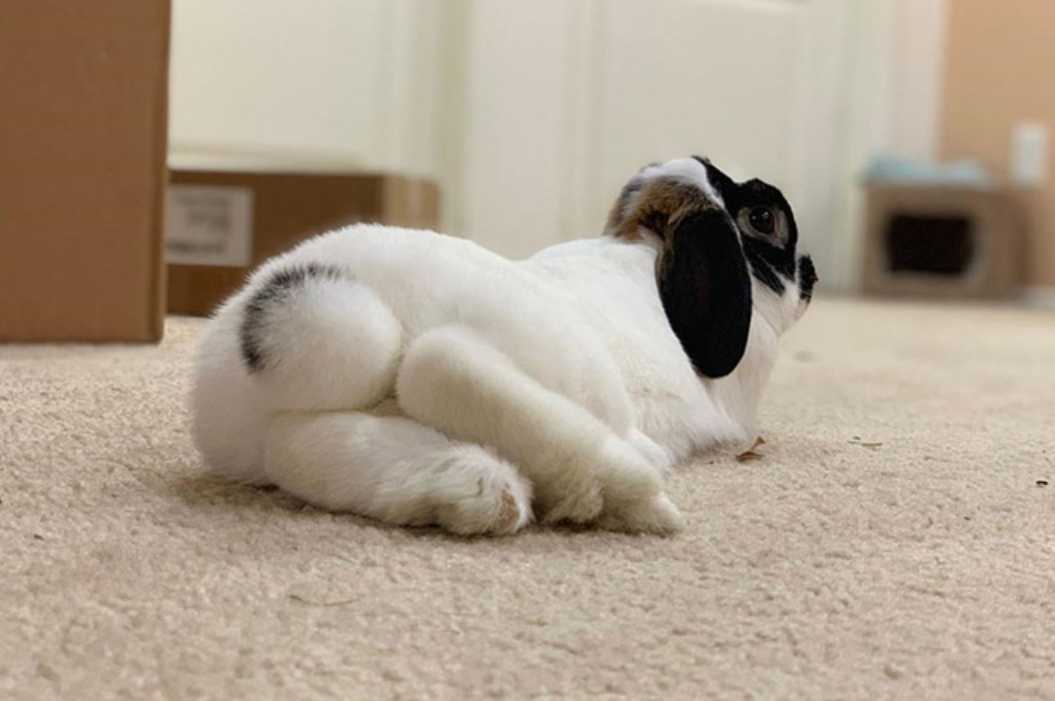 As we mentioned before, if your rabbit doesn’t fart too much, there could be an underlying issue. The gas build-up is when too much gas is trapped inside a rabbit’s stomach without being passed on.

Rabbits do not burp; they can only fart. When gas is trapped inside their stomachs, it can be very uncomfortable and excruciating, so be alert to these things.

Many factors can cause heavy gas build-ups in a rabbit’s stomach, such as poor diet and lack of exercise. Having a rabbit requires a deeper understanding of their behavior because rabbits can mask their pain well. They do this often so that they won’t show predators that they are weak. You need to look very closely to tell if a rabbit is in pain.

If you want to know more, the video below contains more information on gas build-ups in rabbits. Nevertheless, you may check the following signs below to see if there is possibly a gas build-up in your rabbit’s stomach that needs immediate action and care.

One sign that you should look out for is lack of activity. While this may not be a problem for some, you might want to note decreasing activity, mainly if your rabbit used to be so active and playful.

Some owners try to put their ears on their rabbit’s stomachs to hear if they have bubbling sounds which can be a sign of gas build-up. If you can hear it, contact your vet to figure out what to do next.

Another sign that you should look out for is their lack of appetite. Over time, you may get used to how your rabbits eat and how they behave during meal times.

Suppose there is a significant drop in your rabbit’s appetite. In that case, that is ultimately a cause for concern in any way possible. Bring your rabbit to a vet immediately to figure out the reason behind the sudden change in appetite.

Can Rabbits Fart Be Concerning?

Farting is a natural thing that rabbits do regularly to avoid significant health problems. However, farting may also indicate something wrong with your rabbit’s digestive tract.

This is the case if it’s accompanied by other symptoms such as shortness of breath, weakness, lack of appetite, teeth grinding, and restlessness. Make sure to keep an eye out for any of these symptoms so that you can immediately take action.

Besides the symptoms, it’s also important to know what gassiness may lead to in rabbits. There can be two significant problems: stomach bloat or GI Stasis. Learn more about these two here.

While bloating may naturally occur if your rabbit overeats during a meal, there is also a common health problem in rabbits: stomach bloat or gastrointestinal bloat. This happens when the bacteria found in a rabbit’s digestive tract produces too much gas and gets trapped in their stomach.

Stomach bloat is easy to detect since you’ll be able to see if a rabbit’s stomach is distended and bloated. It can be fatal, so be vigilant and call your vet for any questions concerning stomach bloat in rabbits.

GI Stasis is a fatal disease in rabbits where the digestive system stops working. It can be caused by excessive gas trapped in their stomach and is considered one of the rabbits’ most common health problems. You need to act quickly to prevent further complications, so immediately bring your rabbit to the vet if they haven’t pooped or eaten in the past 8 to 10 hours. 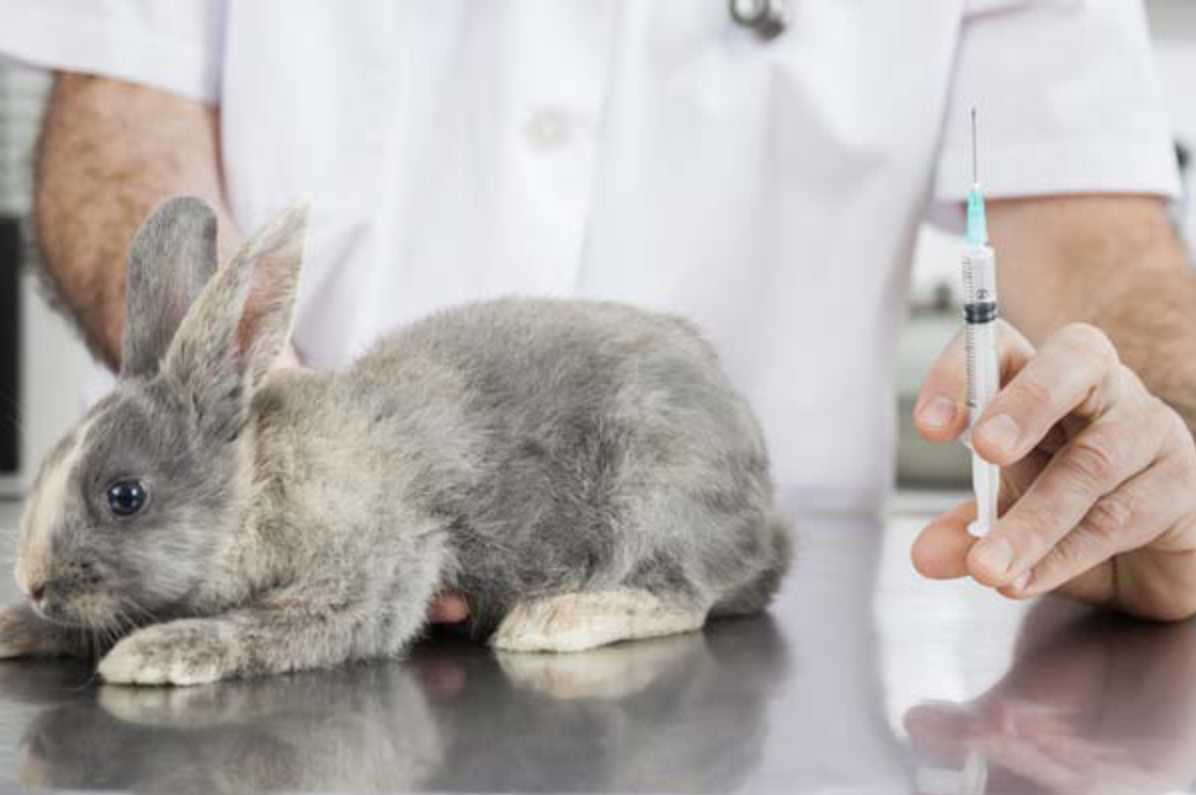 Since we are nearing the end of this article, there are some things left to discuss, and one of them is the proposed remedies for a gassy rabbit. Listed below are some things that you can do to help your rabbit pass gas naturally and get rid of their pain. Note that not all of them may work at once, so just be ready for whatever happens.

If you suspect that your rabbit has gas build-up, you may want to find a way to relieve all the pain they are feeling. One way is to give them a message to make the process easier and faster for them. The idea is to gently push the air down and into the other parts of your rabbit’s digestive tract before being passed out as a fart.

To massage your rabbit, gently place your fingers along the rabbit’s belly and gently move it up and down to relieve the pressure. Just put enough force to smoothly push down the trapped air from your rabbit’s stomach.

Encourage them to move

One of the best ways to naturally pass gas in rabbits is by encouraging them to walk around for a bit. Any type of movement will help the stomach to pass gas faster through the digestive tract and lessen the chances of gas build-ups.

If your rabbit is in pain, it won’t move an inch. That’s okay since there are many ways in which you can help your rabbit pass gas naturally. For rabbits that can move, let them roam freely for 5 minutes or so with continuous monitoring from time to time.

There is a medicine that helps rabbits pass gas called Pediatric Simethicone. Ideally, it is given to rabbits through a syringe. Give your rabbits an ml of this medicine each hour for about three hours, and that should be able to do the trick. If it doesn’t work, it’d be better to bring your rabbit directly to a vet.

If you reach this point, then congratulations! Now you know the answer to the question ‘Do rabbits fart.’ Rabbit farts can be highly normal for any rabbit. Still, they could also indicate an illness or infection, so make sure to check on your rabbit from time to time to keep them healthy.