5 Things to Know About Feeding Cherries to Rabbits

Treats are one way of keeping rabbits happy. It should not be surprising to find rabbit moms and dads often looking for new treats to give to these furballs.

Now, cherries are probably one of the sweetest fruits out there. Rabbits, on the other hand, have quite a sweet tooth. One might think that rabbits and cherries are the perfect tandem.

Are they, though? Can rabbits eat cherries? Well, let’s answer these questions today! 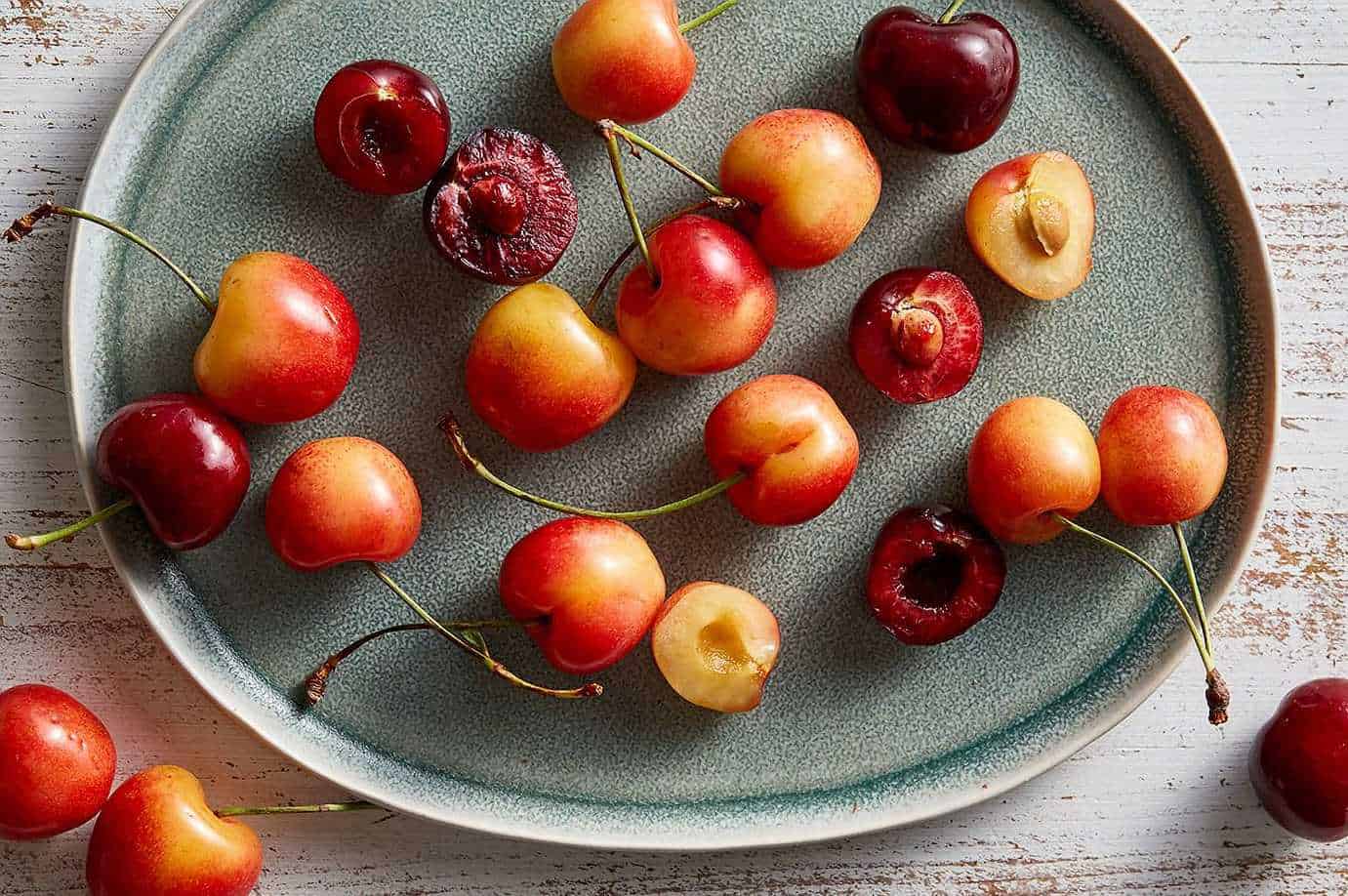 Not all fruits and vegetables are fair game for a rabbit. There are some crops that our furry friends should not eat. Take avocados and onions, for example. You and our little furry friends might be happy to know that cherries are not on that list.

The flesh and peels might be safe to give to your rabbits, but you might want to give the cherries a good wash before you do so.

These things might not be bad for your rabbit, but the peels might be covered with chemicals (e.g., pesticides). Now, these chemicals could be unhealthy for our furry friends.

However, that is not all there is to it. Before you go and feed your bunny some cherries, let’s go and talk about the other parts of this fruit.

There are treats like chocolate that are completely off-limits to rabbits. However, there are also treats like apples with parts you could and could not give to rabbits. The cherry is not part of the former list, but it is in the latter category.

It is safe to give rabbits the flesh and the peels of cherries. However, you want to avoid giving them the pits. Not only is it a choking hazard, but it also has cyanide. The pits may only have a small amount of the compound, but it is best not to risk it.

When giving your rabbits cherries, you want to remove the pits.

It might also be the best time to note that generally, you want to stay away from pits. There are seeds and pits that your rabbit could ingest. However, often, these things are choking hazards. It’s best to take them out if you could.

Can Rabbits Eat Cherry Stems, Leaves, and Other Parts of the Tree?

Unfortunately, aside from the flesh and the skin, you want to stay away from any other part. Like the pits, the belief is that the other parts have amounts of cyanide in them too. Also, we can’t forget that rabbits cannot vomit, and these parts can be choking hazards.

Are Cherries Good for Rabbits? 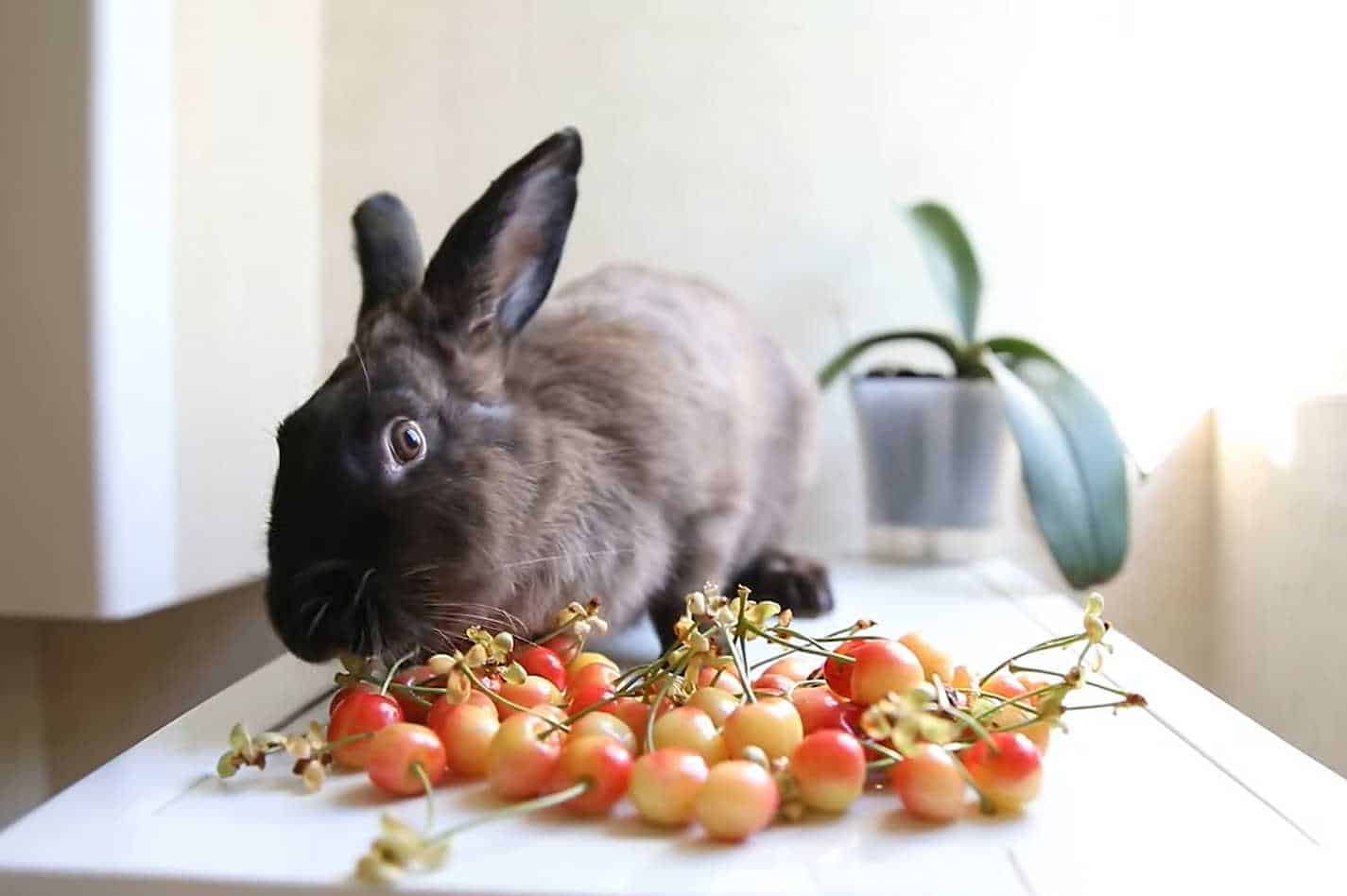 We now know which parts to give and not give our furry friends. Next, let’s talk about just how good cherries are for them.

If you look at the nutritional value of cherries, you will see that it has lots of good things. However, they are not all that healthy for our rabbits.

It may have tons of vitamins and minerals, but it also has lots of sugar. As you might already know, too much sugar is not healthy for the furballs. Before our furry friends could stack on the good stuff, they would pile up with sugar first.

Does that mean you should avoid giving your rabbits cherries? No. You only want to make sure you give them cherries in moderation. While cherries are not the healthiest treats on the list, they would likely make your rabbits happy.

When thinking of rabbit treats, you don’t only want to go for the healthiest ones. You also want to choose treats that will make the furballs happy. After all, you also want to watch out for their mental health.

How Much Cherries Should You Give Your Rabbits?

With all that we have just discussed, let’s talk about how much is too much.

Cautions When Feeding Your Rabbits Cherries 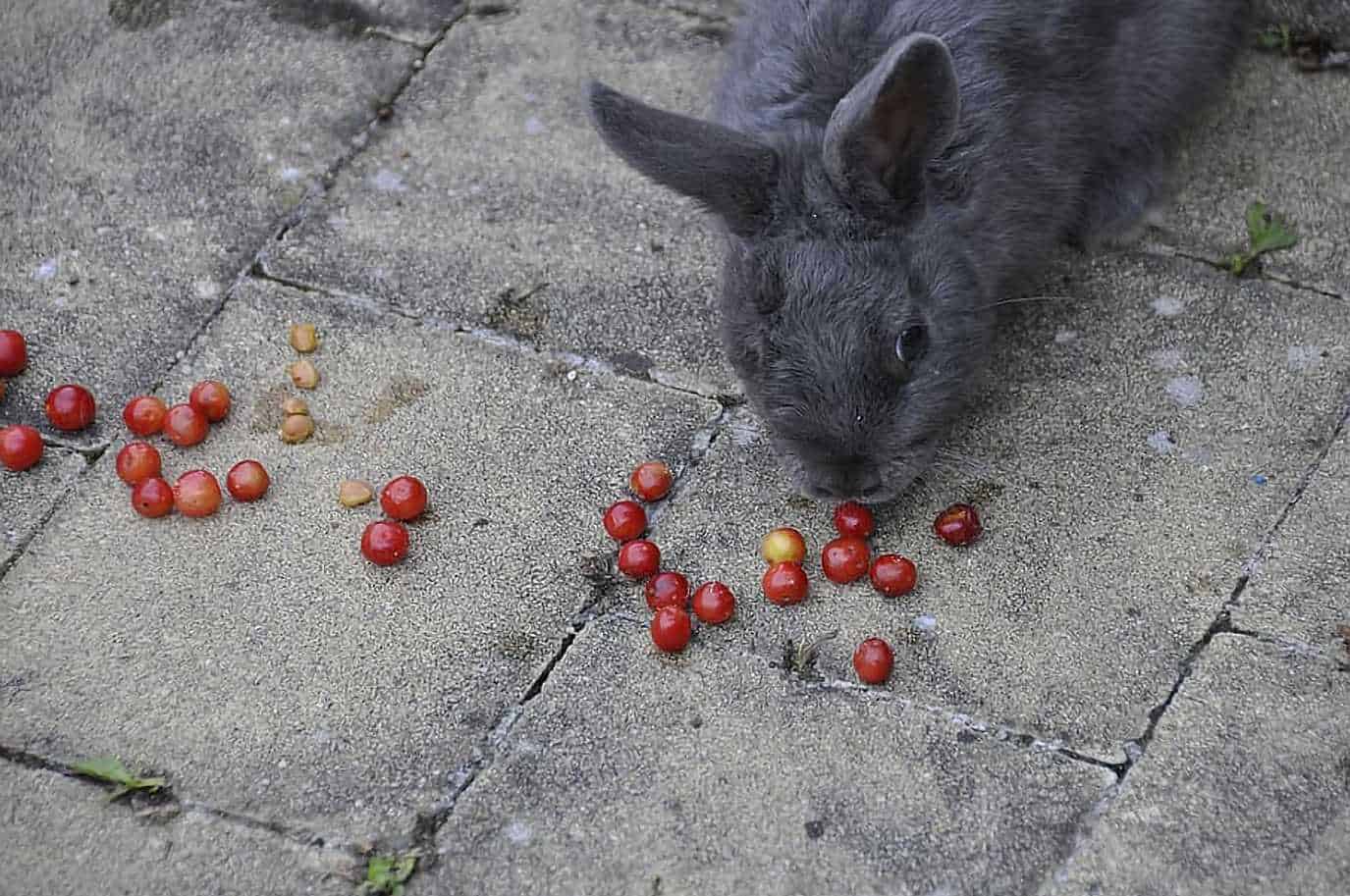 Finally, let’s talk about the cautions when feeding your rabbits cherries.

Yes, there are some cautions, but it doesn’t mean you should stay away from cherries. Generally, there are cautions with any rabbit treat.

That doesn’t mean you want to limit them to hay and water to be safe. Rabbits might be able to survive with these two alone, but that’s no fun! Health might come first, but we should also watch out for our furry friends’ happiness!

What Cherries Should You Give Your Rabbits?

There are many types of cherries, like black and dark red cherries. Your rabbits can eat these cherries. However, you want to avoid giving your rabbits processed cherries.

These cherries most likely have already lost some of the good things it holds. In place, they probably acquired more sugar.

Can You Feed Baby Rabbits Cherries? 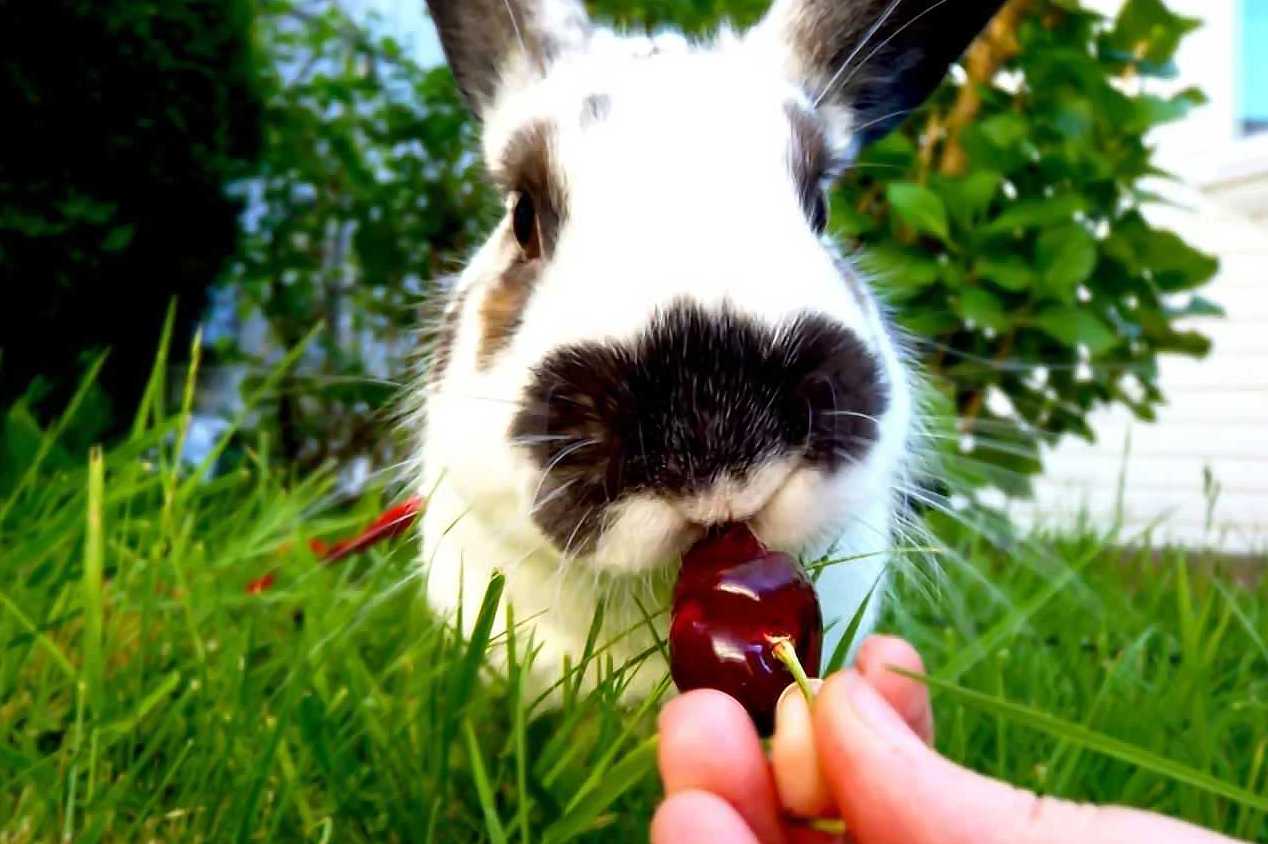 It’s best not to. Bunnies have delicate tummies. Even as adults. On the other hand, as we have already said, cherries are not the healthiest treats on the list. Cherries might not sit well with the tummies of baby and young rabbits.

Wait until they turn into adults before letting them have some cherries. Don’t worry, though! There are tons of other treats you could let your baby rabbits have.

Again, bunnies have delicate tummies. Whenever you have a new treat, you want to introduce it to them slowly before fully incorporating it into their diet.

As we have said above, it would be best to give your rabbit one cherry at a time. Half a cherry should be enough for their first taste of the fruit.

After that, you want to keep an eye out for them for the next 24 hours. Take a good look at their poo too. If all seems well, you can add cherries to your list of rabbit treats.

Treat introduction doesn’t only apply to cherries. Whatever treat you want to add to your list of rabbit treats, you want to undergo this process. Of course, don’t forget to do some research before you do so, though! 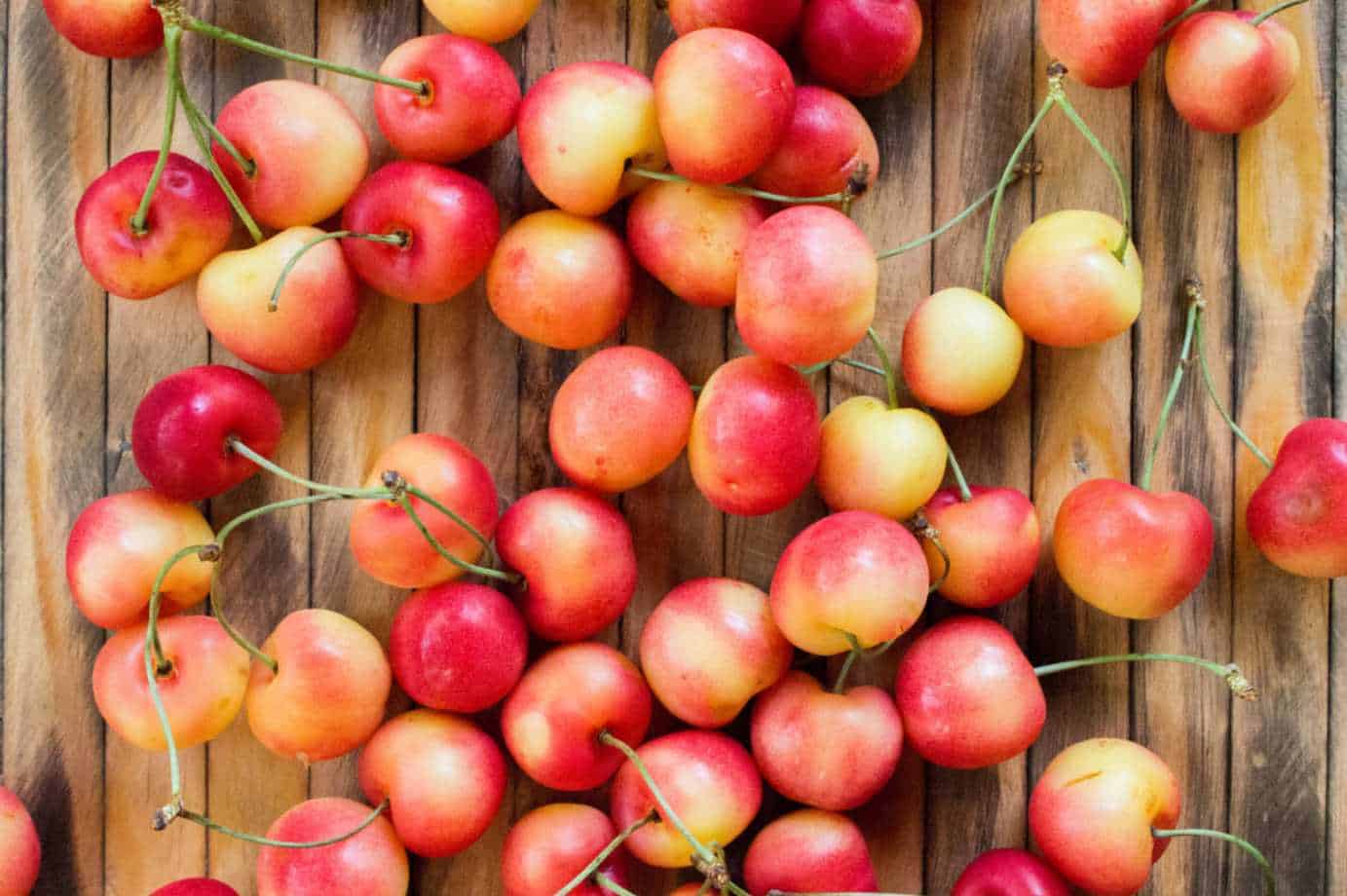 As we have already said above, the first reason would be the number of sugar cherries have. That is not all, though.

Another reason you don’t want to give your rabbits too many cherries is they will ignore the healthier options. Rabbits need lots of hay and water.

However, they are also known to love sweet things. If it were up to our furry friends, you can expect that they would choose the sweet treat over the other. That’s not good! It’s up to rabbit moms and dads to control their fur babies’ diet.

Health problems are another reason to lay down on the cherries. Too much could help in making your rabbits obese. On the other hand, it could also introduce digestive problems.

Finally, too many cherries is not a good idea as it will limit your rabbits from eating other tasty treats. Cherries have lots of sugar. Because of that, you would have to lay down on other sweet treats if this is on the menu.

When Not to Feed Rabbits Cherries?

You want to remove cherries from the menu if your rabbit is already experiencing some health complications. Again, cherries don’t offer much nutritional value. Withdraw giving your sick rabbits cherries until they feel better again.

Cherries could stain, and our furry friends are not the tidiest eaters. When they’re eating cherries, they might stain the surface they’re eating on or their furs! You might want to feed them cherries by hand or in a bowl.

However, if they happen to dirty themselves, don’t bathe them! Baths could be harmful to rabbits. If this happens, you can expect them to groom themselves. If that is not enough, you could try to spot clean them. On the other hand, a dry bath might also work.

Can rabbits eat cherries? Today, we answered this question and so much more! We found out that rabbits could eat the flesh and skin of the cherry, but it is advisable to stay away from all the other parts.

We also talked about how healthy this fruit is and just how much you want to give to your rabbits. Finally, we discussed the cautions of giving cherries to our furry friends.

We hope we got to help in building your list of rabbit treats. If you need more help on the matter, you might want to check out our other discussions regarding rabbit treats! See you next time!