Bell peppers are fairly popular farm produce. The vegetable is a perfect addition to many meals, whether pizza topping or salads. With that said, can rabbits eat bell pepper? 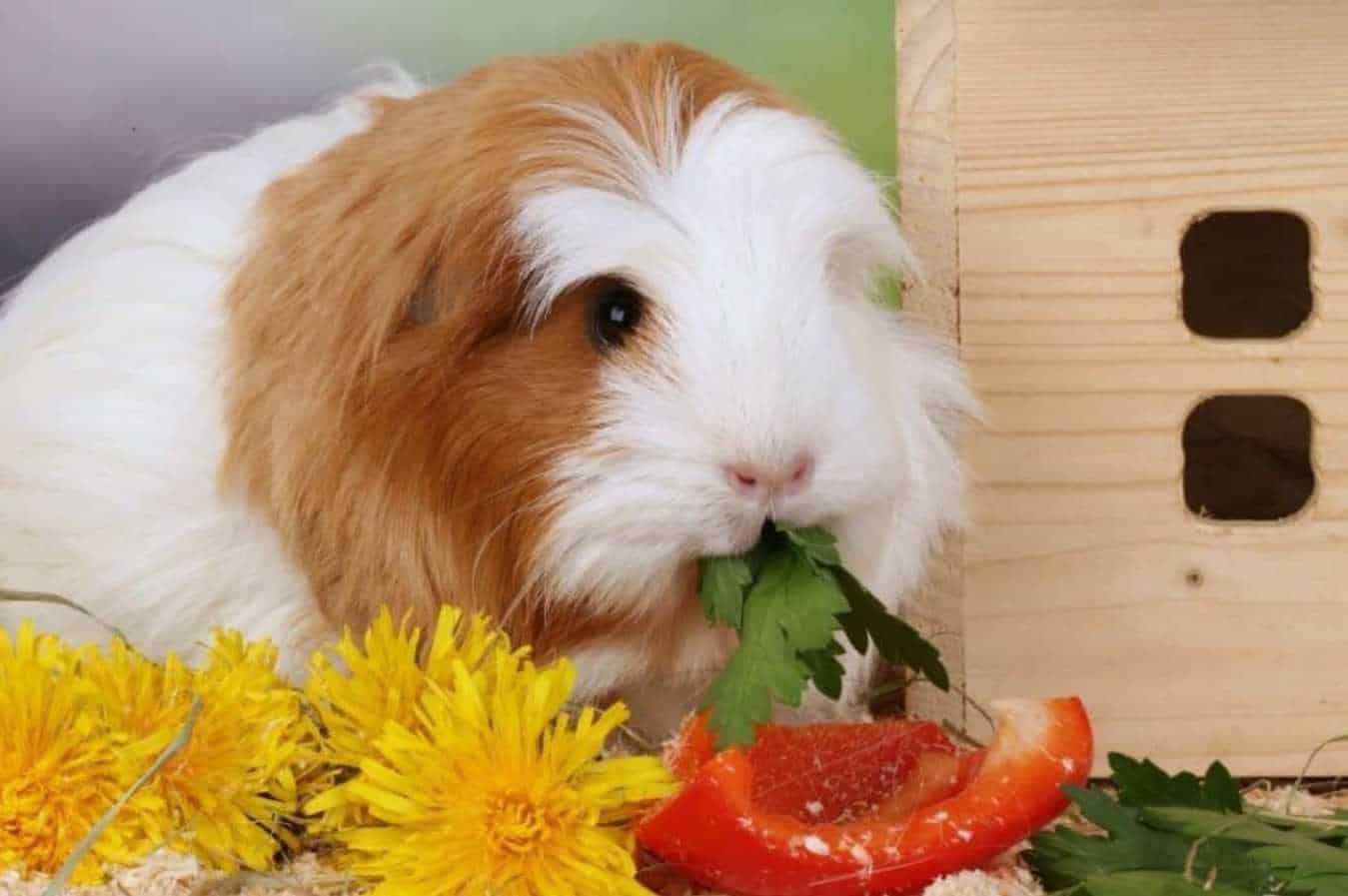 Yes, rabbits can safely consume bell pepper. Of course, bell pepper couldn’t be their primary source of nutrients, but the vegetable can still provide many nutritional values such as Vitamin C and potassium.

The daily diet of eighty to ninety percent hay and grass still need to be maintained as you feed the bell pepper to the rabbits.

Kits can’t eat bell pepper. Rabbits under a year have a susceptible digestive system. Although they can technically eat most foods as they turn mature in their 4th month, keeping their diet with hay and grass in their first year is the best for their health and growth.

Wild rabbits can eat bell peppers. If your area has a large population of wild rabbits, it’s recommended to place measures to keep them off. They can cause a loss in produce when not taken care of properly. 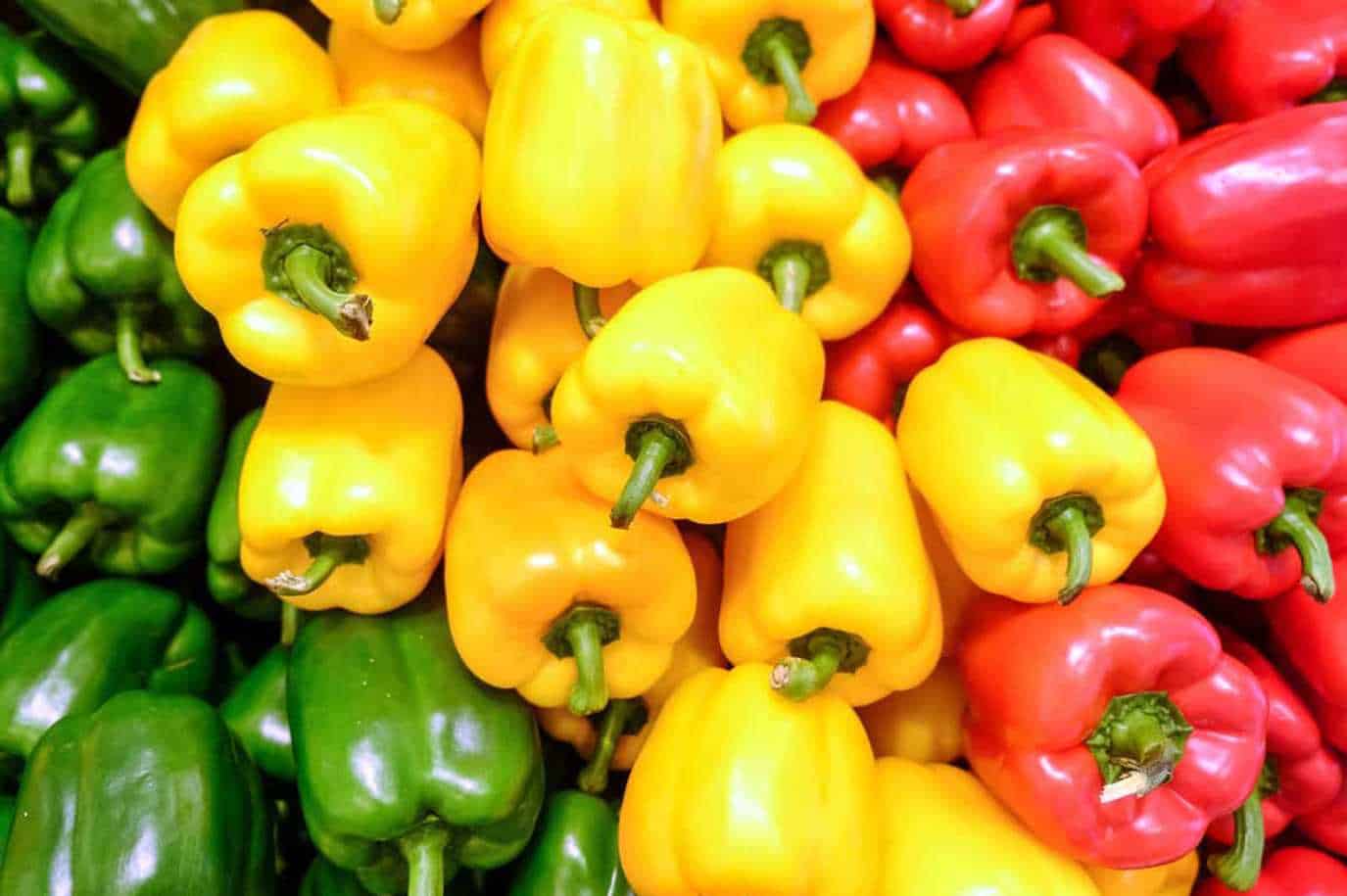 Nutritional value from USDA for one hundred grams of fresh bell pepper. 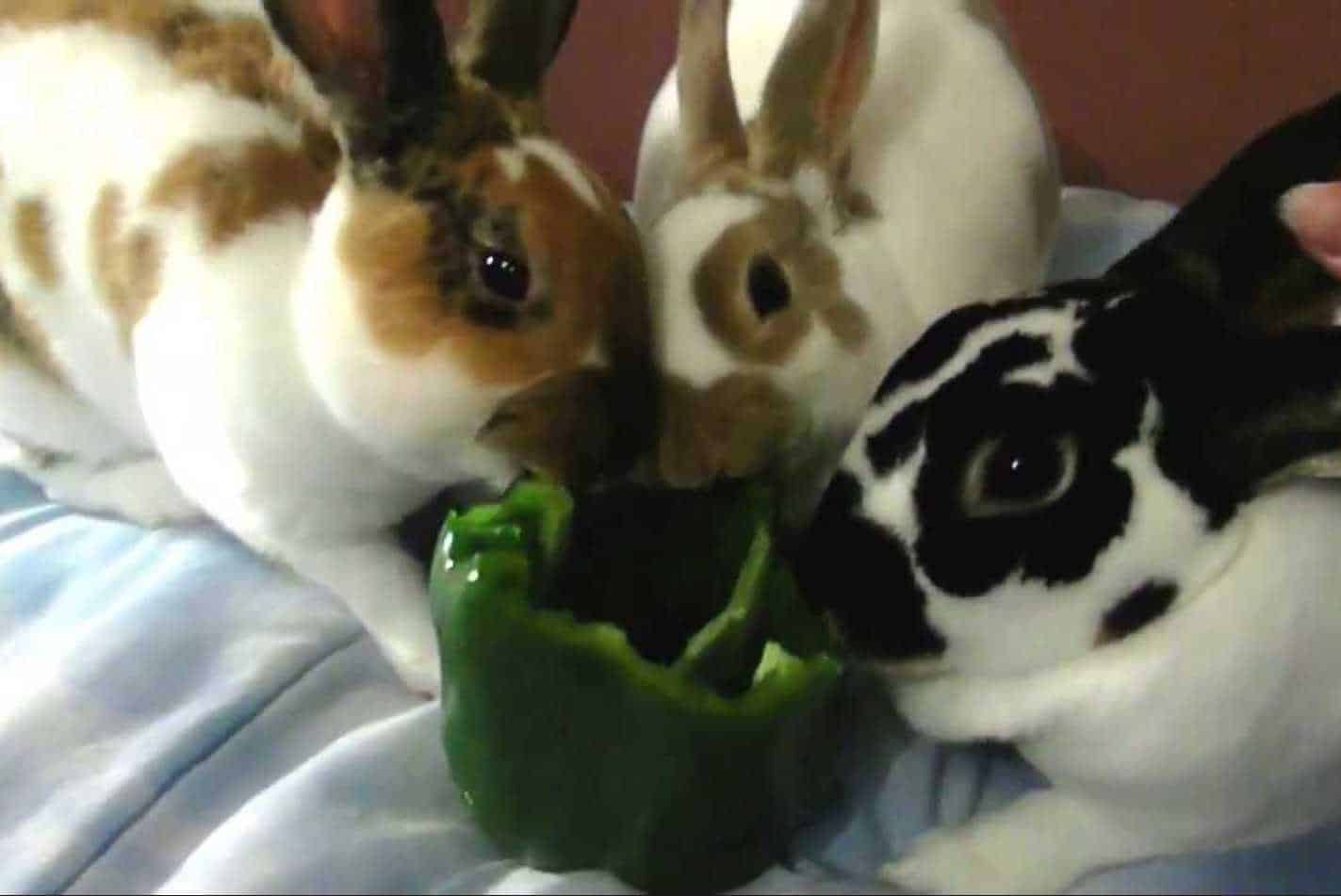 Rabbits can be picky eaters. One of the proofs is that they can have specific aversions towards unripe bell peppers.

Green unripe bell peppers can be bitter, but they are the healthiest variety as they have the lowest sugar content. With that said, there are bell peppers that belong in the permagreen variety, meaning that they are green throughout the ripe and unripe process.

Red and yellow bell pepper are much sweeter, so rabbits might prefer them to green ones. However, ripe bell peppers have higher sugar content, so they are not the healthiest out of the bunch.

Even though they might have preferences in the taste, most rabbits will eat bell peppers without any adverse reaction. Those new to the vegetable might nibble a little and leave it alone. If that ever happens, keep serving them bell peppers until they get used to it.

What Type of Bell Peppers Should You Feed to Rabbits? 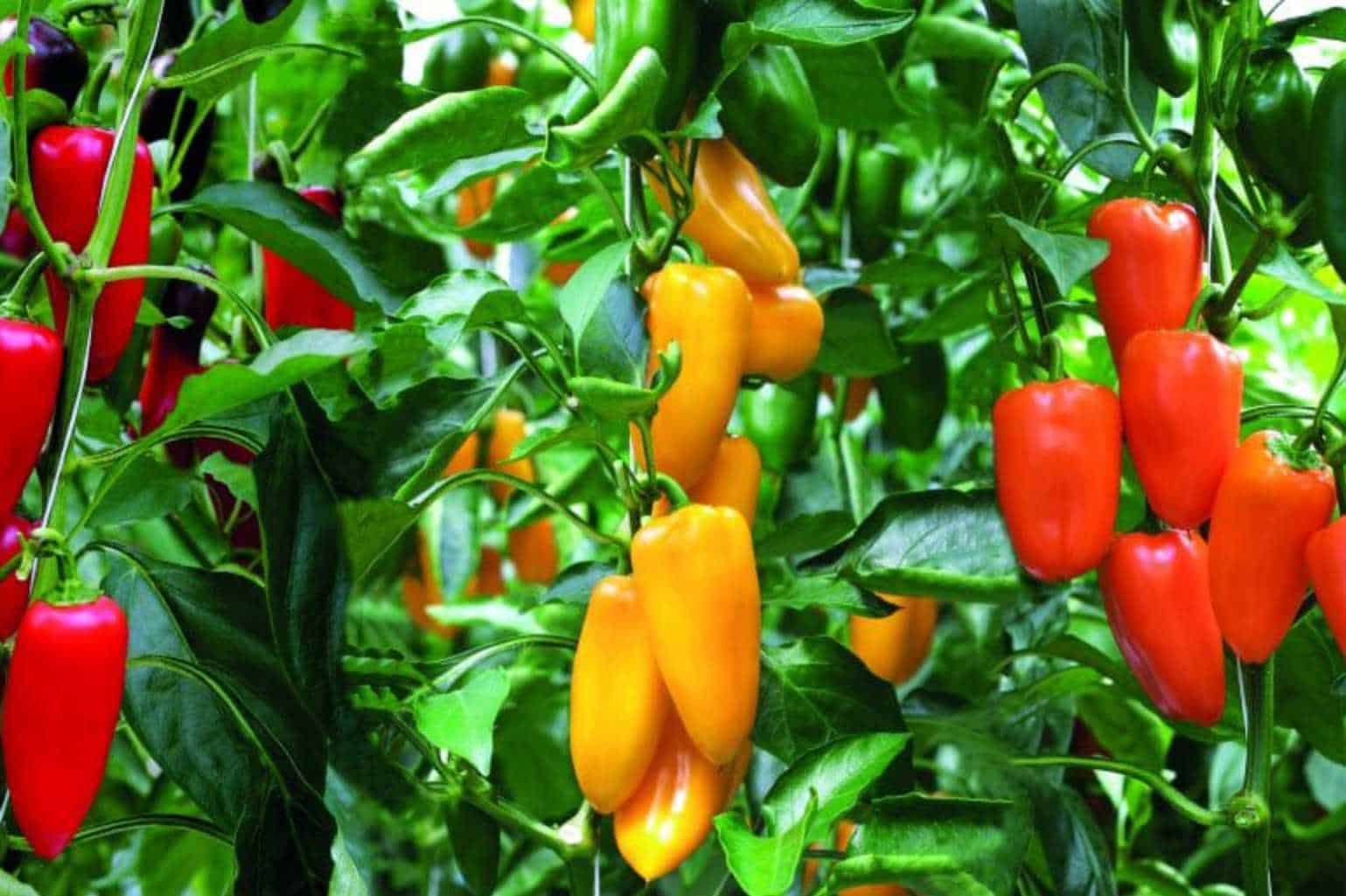 Every type and color, such as red, green, and yellow bell peppers, are safe for rabbits to consume. However, rabbits might have different preferences when it comes to the vegetable.

What Parts of Bell Pepper is Safe for Rabbits?

It can cause solanine poisoning. Some symptoms include bloating, vomiting, and diarrhea. 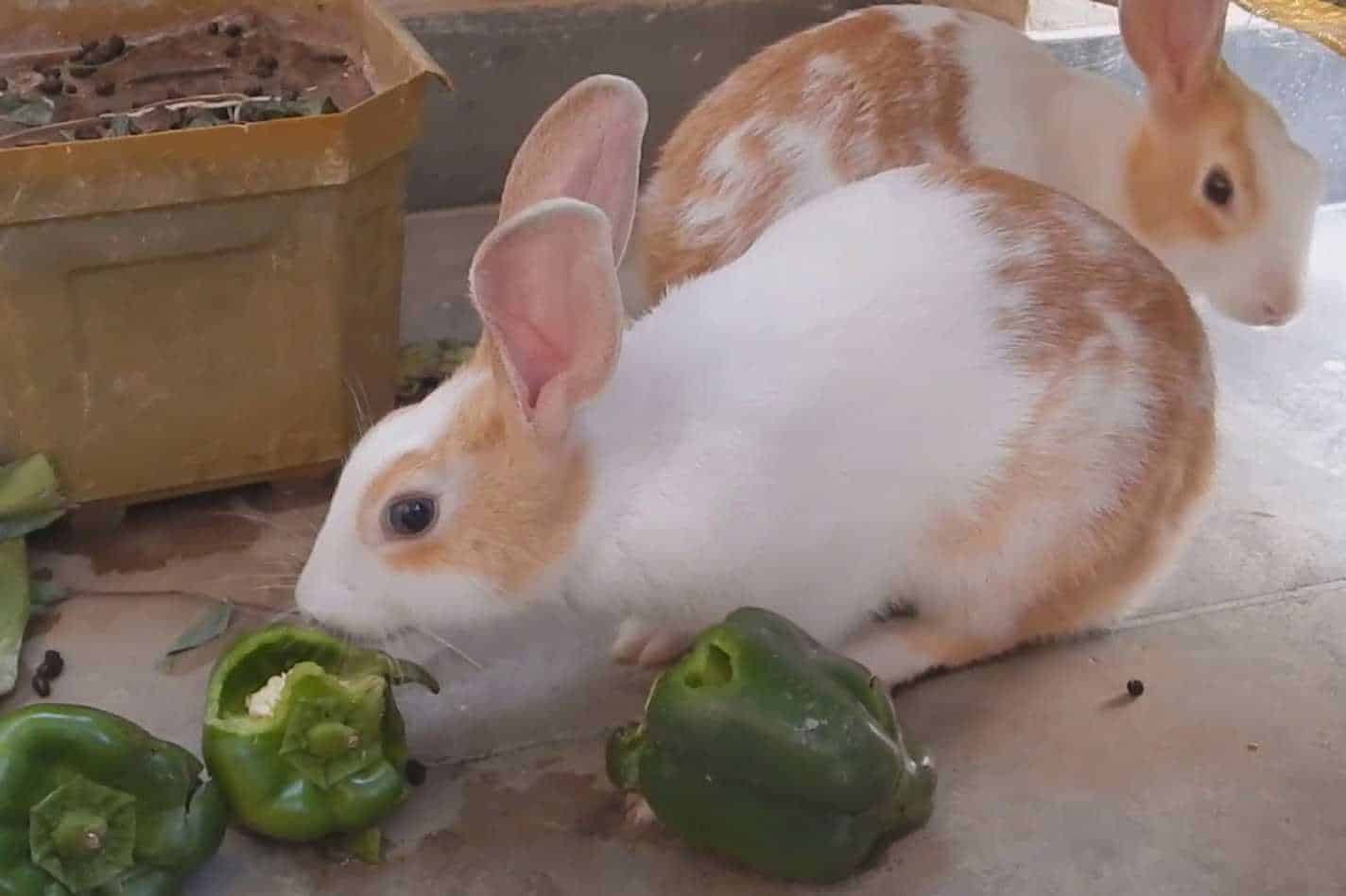 The recommended bell pepper serving is a quarter cup or four tablespoons. This serving can meet the ten to twenty percent of the daily required vegetables for rabbits. You can feed the bell pepper once to three times per week.

Never make vegetables the only food for rabbits. Grass and hay still need to be their primary source of nutrients.

If the rabbit is new to bell peppers, introduce the vegetable slowly. Serve around two tablespoons on the first serving and watch if they have an adverse reaction such as diarrhea.

If there are no alarming signs, you can increase the serving over the course of weeks. If the bell pepper caused diarrhea, let the symptom subside before introducing the vegetable again.

How to serve bell pepper to rabbits?

Although it’s safe for rabbits to feed on cooked bell peppers, raw ones are still better. Ensure that the bell peppers are fresh and not exposed to any harmful pesticides.

If you can, straight from farm bell pepper is the best quality. Most bell pepper in the supermarkets is also suitable for rabbits.

You can opt for the green type when serving bell peppers as they are the healthiest option. The yellow, orange and red bell peppers can be fed as a snack every once in a while.

Pros and Cons of Feeding Bell Pepper to Rabbits

Bell peppers are great for rabbits, but they also have advantages and disadvantages.

Pros of Bell Pepper on Rabbits

Bell peppers provide many vitamins and minerals to rabbits. As stated, rabbits are very vulnerable to many viruses and diseases, so any food that may aid them with strengthening their immune system is a plus.

The vegetable also has a low-fat content and vitamin B6 that will help in decreasing the risks of heart problems.

Bell peppers are also very accessible to every supermarket around the world. You will not have a hard time finding this vegetable. It can be used as a treat and a supplement for their meals.

The vegetable also has high water content, perfect as a summer treat. It can help lessen the risk of dehydration for rabbits.

Cons of Bell Pepper on Rabbits

Ripe bell peppers have more sugar content than unripe ones. However, the sugar is not high enough to cause any problems, but the lesser sugar, the better.

When not supervised correctly, bell pepper plants can be dangerous to the rabbits due to their high solanine content. The chemical can cause a slew of digestive problems for the rabbit. Diarrhea can’t just be caused by solanine; a high serving of bell peppers can also be the reason.

Having the correct type of food can improve your rabbit’s health tremendously. Bell peppers are safe for rabbit consumption and can provide many benefits, such as many vitamins and minerals and high water content.