Is It Possible to Bond Two Male Rabbits So They Can Live Together?

Can 2 male rabbits live together?

If you’re planning on making a bunny family, you might be wondering if male rabbits can live together. Well, you do not have to look far and wide for the answer. We will be answering this question today.

If you are ready, let’s hop right in this question.

Can Two Male Rabbits Live Together? 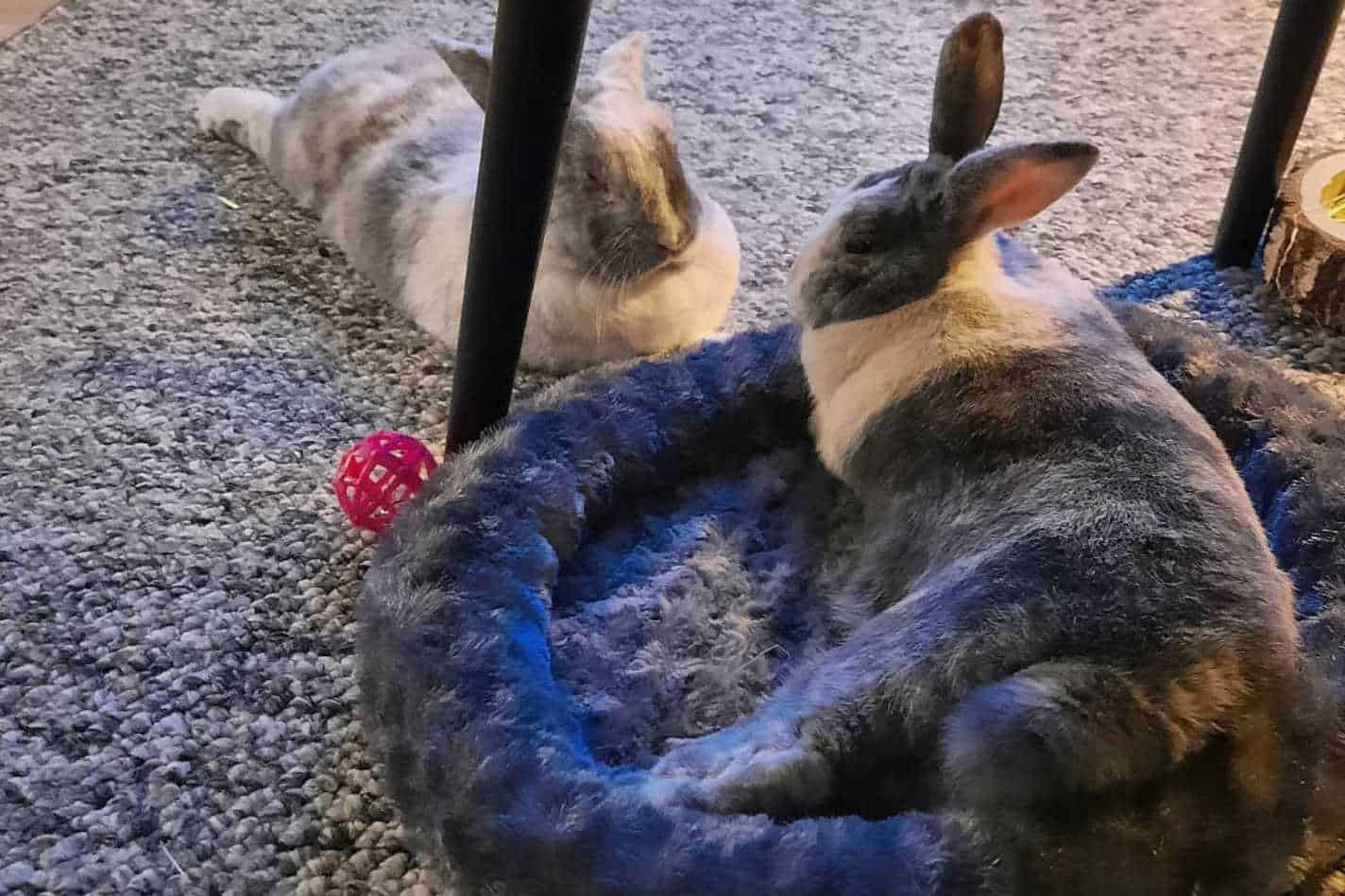 The answer is not that simple. It is possible for two male rabbits to live together. However, there are some male rabbits who will never learn to get along.

Rabbits are cuddly little critters. However, they are still animals, and often, male animals display some level of hostility, especially to fellow males.

As we’ve said, though, it is still possible for two male rabbits to live together. Not all hope is lost! You can still try to home two male rabbits. There are only some things you would have to keep in mind. Let’s talk about those things in the following portions.

How Hard is it to Bond Two Male Rabbits?

First, let’s look at the male-female combination. As you might expect, this pair has the highest success rate. Out in the wild, rabbits usually bond in this manner.

On the other hand, we have the female-female combination. Now, this pair has a lower success rate than the male-female pair. This duo has a higher chance of fighting than the previous duo. Still, they have a chance of getting along.

Finally, we have the male-male pair. As we have said above, these rabbits could get along. However, it seems like the male-male duo is the hardest to bond.

Bonding two male rabbits could be challenging, but it’s doable. Let’s talk about what you should know about in achieving this feat next. 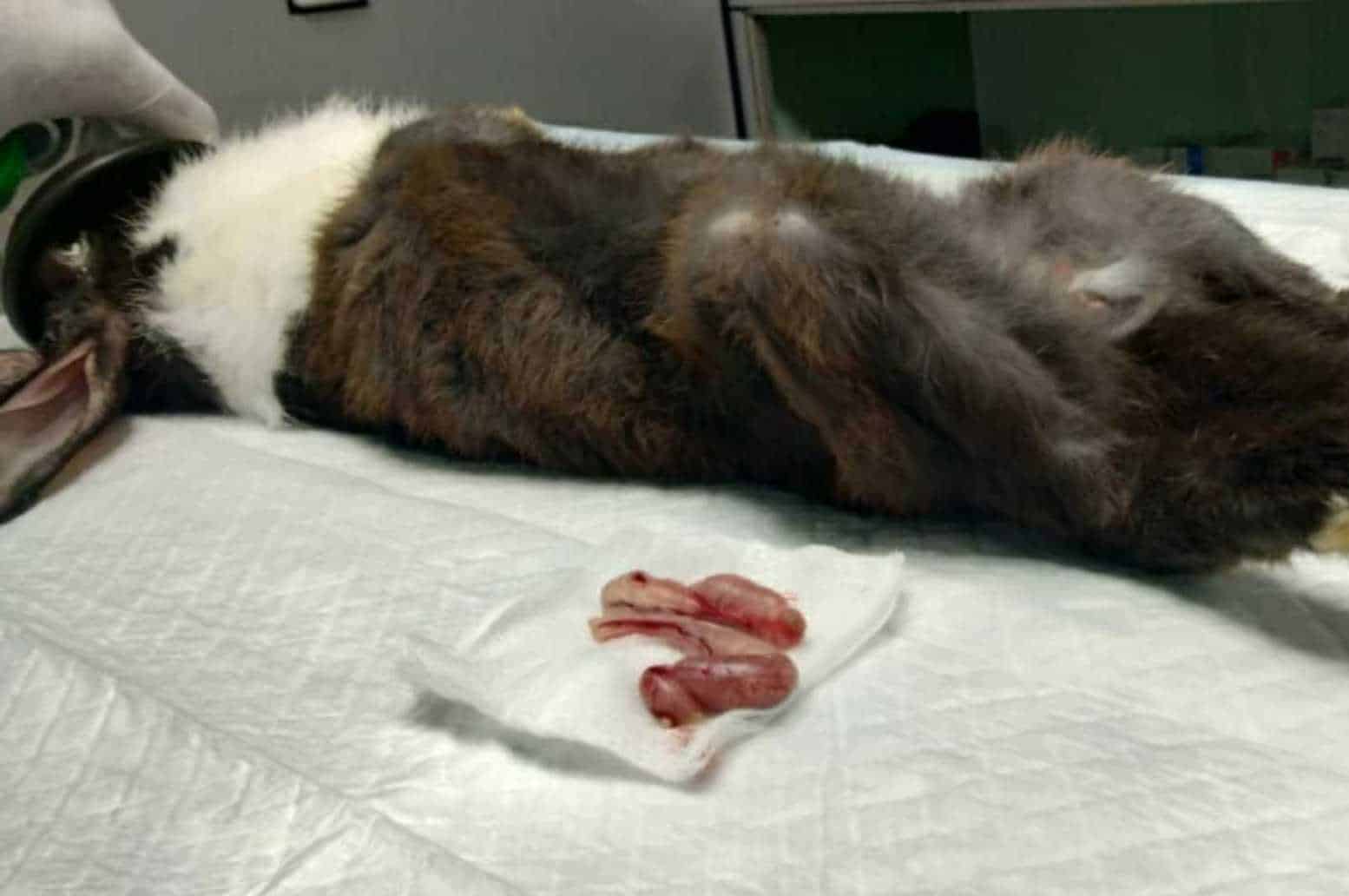 If you want to get a shot at homing two male rabbits, you would have to neuter both of them. This process would do good in making them calmer and less territorial. This process gives the two males a better chance at getting along.

Neutering should not be a problem, though. Whatever gender combination you are trying to home, it is almost always advisable to spay your rabbits. It doesn’t only help with keeping undesirable behaviors in check. It also helps in keeping your rabbits healthy.

Are you now thinking of getting your rabbits spayed? Well, here is a list of vets that might be able to help you and your rabbits with that.

Try Getting Rabbits from the Same Litter

Next, you might also want to make sure you get brothers. In other words, you want to get male rabbits that came from the same litter.

Rabbits that came from the same litter have a higher chance of getting along than those that didn’t.

As you will see later, though, it doesn’t mean that if two rabbits came from the same litter, they will already get along for life. Still, it seems they have a higher chance than bunny strangers. 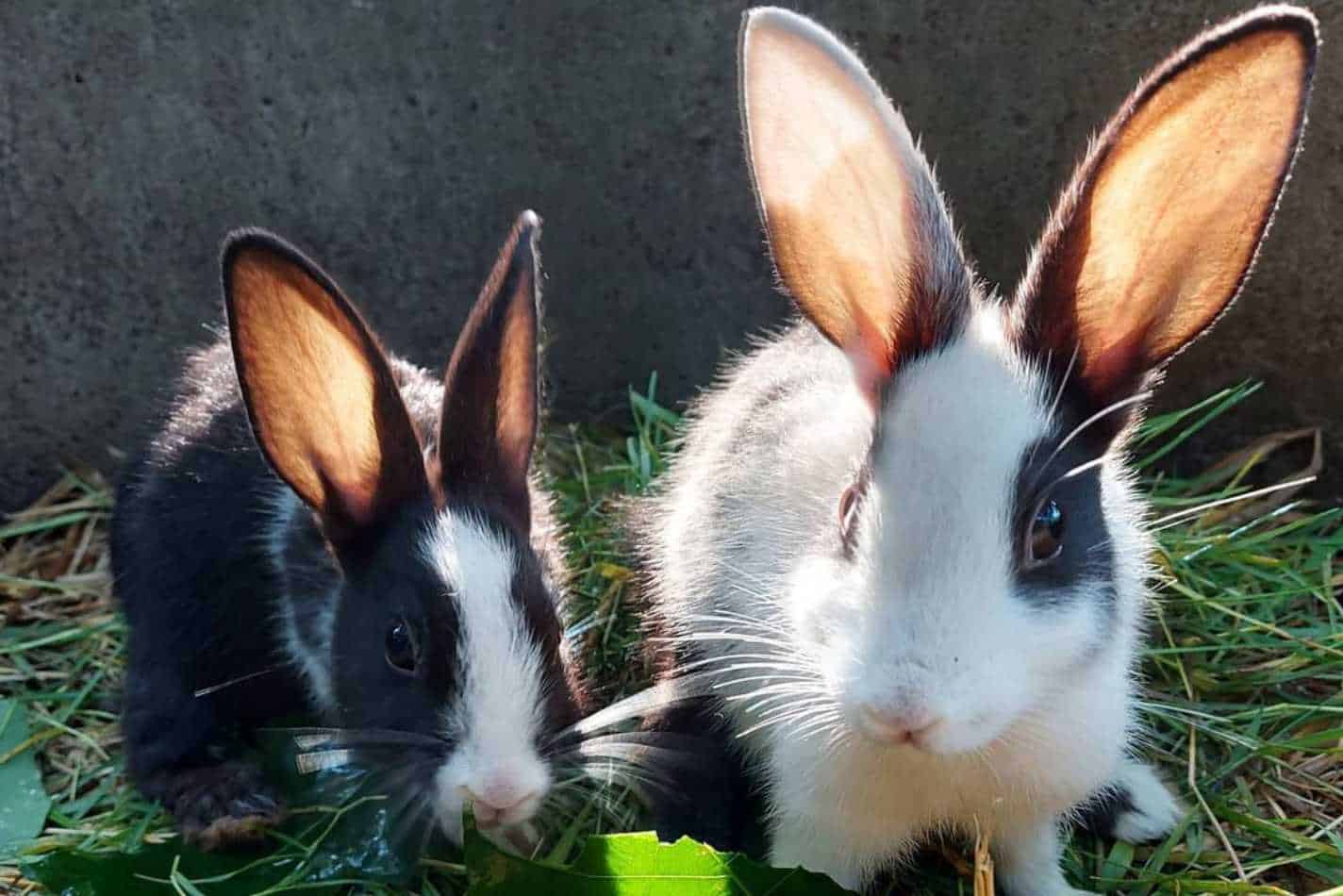 The rabbits’ age could also be a factor in whether the two rabbits will get along or not.

If you liken rabbits to humans, you might think that a baby rabbit could make the whole ordeal easier. Ideally, a baby rabbit should melt the older rabbit’s heart. Right? Well, rabbits are not humans. It doesn’t work that way. This mix could not only be dangerous but tricky too.

The older rabbit might bully the younger one. On the other hand, the two might get along, but that doesn’t mean all is well then. It is a shaky base. When the baby rabbit grows up, this bond could break. It is not the best pairing.

You might now ask: what about two baby rabbits then?

Well, the thing is, baby rabbits don’t really bond with others. Not with an older rabbit. Not even with a fellow kit. You could say the bonds that kits make are fake and can likely break when they grow up. As you can see, again, it’s not the best pairing.

Now, you might ask what is the ideal age paring then.

Going with two adults will likely give your male rabbits a higher chance of getting along.

Should You Consider the Rabbit Breed?

Now, let’s talk about breeds. When we talk about animals, often, this part plays a big role in whether two creatures would or would not get along. That is not the case with rabbits. Their breed often doesn’t affect their bond as much.

The only time their breed might affect their bond would be when we account for size. Imagine partnering a continental giant with a dwarf hotot, for one. They might get along, but this pairing could be dangerous for the small dwarf hotot.

Introducing Male Rabbits to Each Other 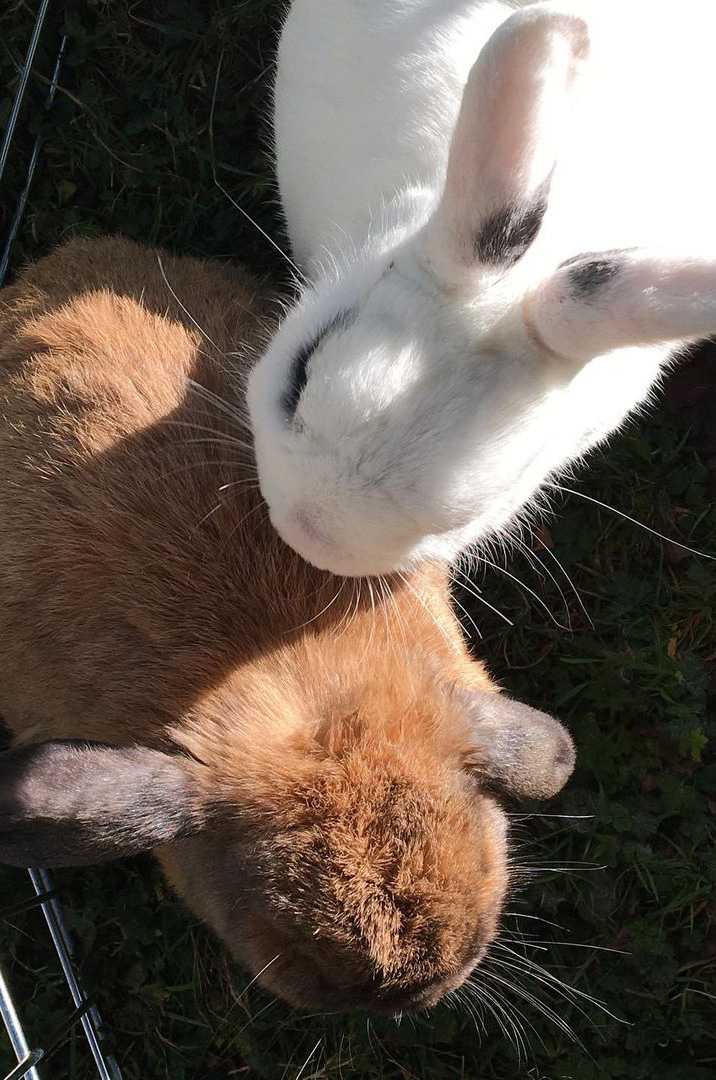 Do you remember the story of the rabbit and the turtle? Well, we’re talking about rabbits, but when it comes to introductions, we have to follow the turtle’s way. Slow and steady wins this race.

Patience is the key here as every step could last some time.

First, you want to prepare a place for each rabbit. These spaces should be next to each other. The two rabbits should be able to see each other but not attack one another.

You could use two cages. On the other hand, a vacant room separated with a baby fence could also work. Make sure you choose a divider that doesn’t have gaps big enough for the rabbits to get through!

At this stage, they might display some aggression. Don’t worry. At this part, some hostility is alright. It should fade as the days pass.

You want to stay on this stage as long as you still see some aggression. You can move on to the next step when the two males start relaxing with each other.

Next, you have to find a neutral ground. Find another place where you can now bring them face to face. Make sure the room is not too small. You want to ensure a stressed rabbit has somewhere to run to. You might also want to add a few cardboard boxes in that case.

Don’t forget to take anything that could hurt them out of the room too.

Once you put them in the room, make sure you don’t leave them alone! Keep watch. You might also want to have a pair of gloves and a water spray with you during these times.

If you see a rabbit attacking, you can use the water spray to stop it in its tracks. It should be enough. If not, and a fight starts, use the gloves when separating them. This way, you won’t get hurt.

Allow the two rabbits to interact for a few minutes. You can start with 10 minutes. Gradually, increase their time together every day.

When Would I Know When My Rabbits Have Bonded?

At some point, it would look like they are already getting along. However, continue to separate the two rabbits if you’re not there to watch as long as you don’t see them grooming each other yet.

Once they start grooming each other, a bond has been made, and you can now trust them with each other.

You might have everything down. You might have neutered your rabbits, chosen the best age pairing, and done proper introductions. Still, it doesn’t seem your male rabbits are getting along!

It could be you’ve done nothing wrong. It’s just, as we’ve said above, some rabbits will never get along. Every rabbit has a different disposition, and it could be your two male rabbits’ personalities simply don’t mix.

Can I Keep Only One Rabbit? 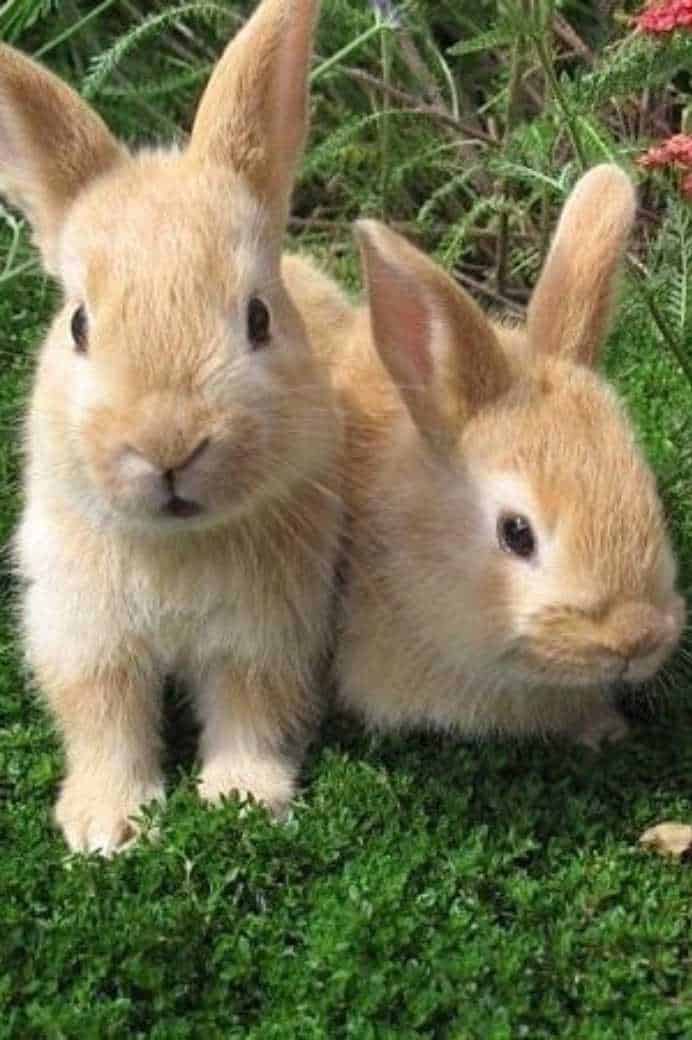 With all of that, you might not like the effort that comes with bonding two male rabbits. You might now be asking if it’s possible to keep only one rabbit.

Well, yes. Only when you can give your bunny lots of love and affection, though.

Rabbits are social creatures, and they need at least one companion. If not, they could get lonely and lots of other bad things you wouldn’t want for your bun. For one, they could stop eating and drinking and eventually get sick.

If you’re not absolutely sure that you can give your rabbit the attention a bunny friend could, you should not let your little one be a lone rabbit. The bonding process might sound tedious for some, but it is needed to have a happy and healthy rabbit on your hands.

Do you not feel like going through the bonding process? In that case, you might want to check with your local shelter. They likely already have tons of bonded rabbits on their hands already.

Can 2 male rabbits live together?

As you’ve seen today, the answer is not that simple. Some male rabbits will never get along. Still, it is not an impossible feat! There are only some things you might have to keep in mind.

We hope we were able to help you with this buzzing bunny concern. If you have any other baffling bunny questions, don’t hesitate to hop on to our other discussions!