If people are talking about rabbits, best believe they will be covering a lot of ground. When it comes to rabbits, there are so many breeds to discover. Perhaps one of the most popular options is the Californian Rabbit. If they catch your fancy, then you should get to know them a little better!

The Origin Of The Californian Rabbit 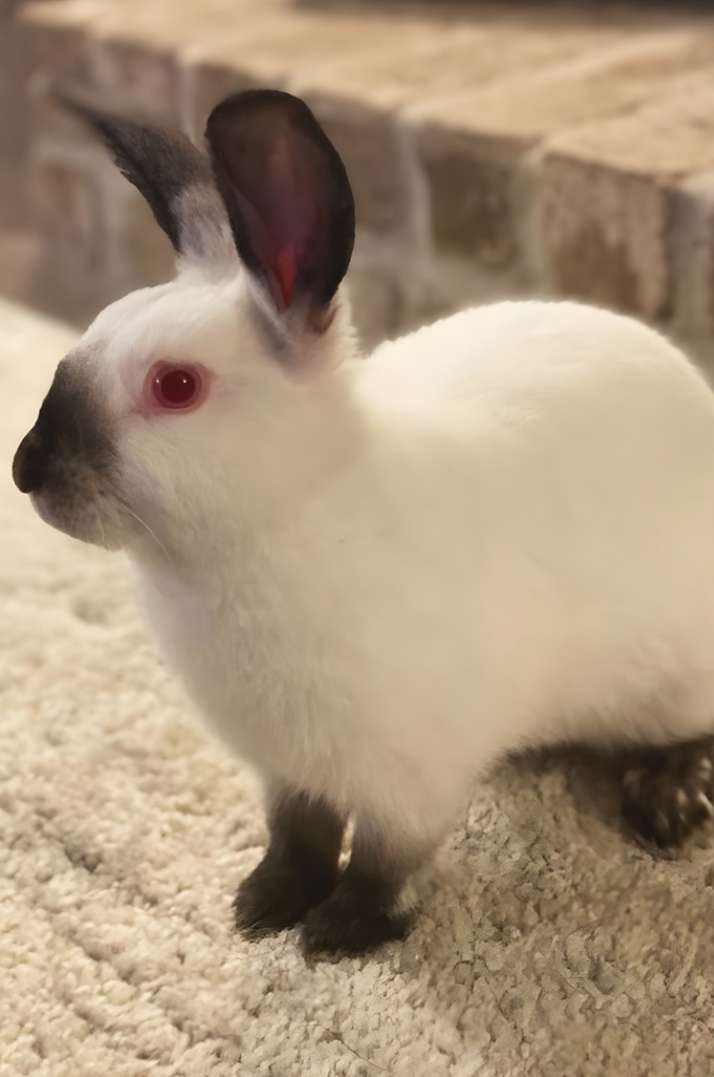 If you are on the lookout for a domestic breed, then consider the Californian Rabbit. This specific rabbit breed came about in the early 1920s. A man named George West from California crossbred two different breeds – the Standard Chinchilla and The Himalayan.

Whenever breeders come up with new breeds, there are always motivations behind the thought. For the Californian Rabbit, George West wanted a breed that produced both good meat and good fur. West was fortunate with his breeding program because he was able to get both benefits.

Apart from the meat and fur they offer, Californian Rabbits are also good pets and show rabbits. Given all these, it seems that this breed, duly recognized by the American Rabbit Breeders Association, has got it all!

There are over 300 rabbit breeds around the world. While some might exhibit similar features, each breed is unique. And this applies to the Californian Rabbit. If you want to know more about it, here’s a chart that can help you out. If you happen to see them in person, you already have an idea of how they look.

You can find the marks in certain parts like the ears, feet, nose, and tail. The markings can either be black, blue, chocolate, charcoal, or lilac. The American Rabbit Breeders Association (ARBA) only accepts Californian Rabbits with dark markings. 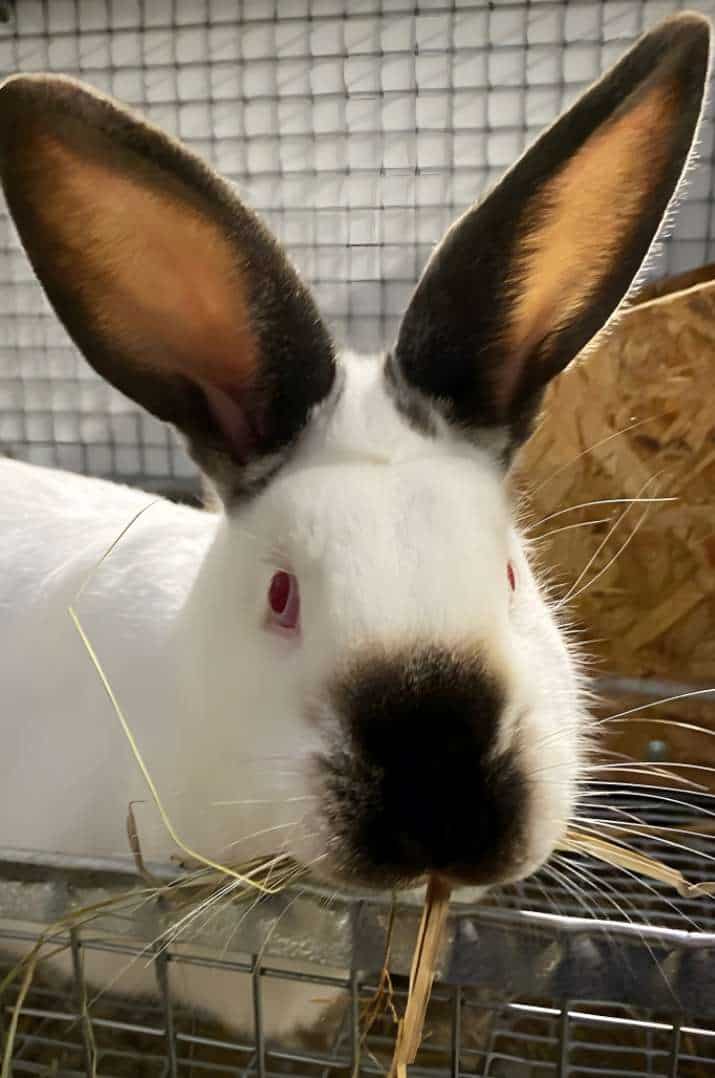 Every Rabbit breed has its personality and temperament. Knowing these two factors would help you understand the Californian Rabbit well, especially if you consider them as pets. If you know what they are like, it would be easier to make adjustments

At first, Californian Rabbits might appear shy and quiet. Perhaps it’s due to their mild and gentle temperament. However, the more it interacts with you and others, they will develop more active and playful personalities. 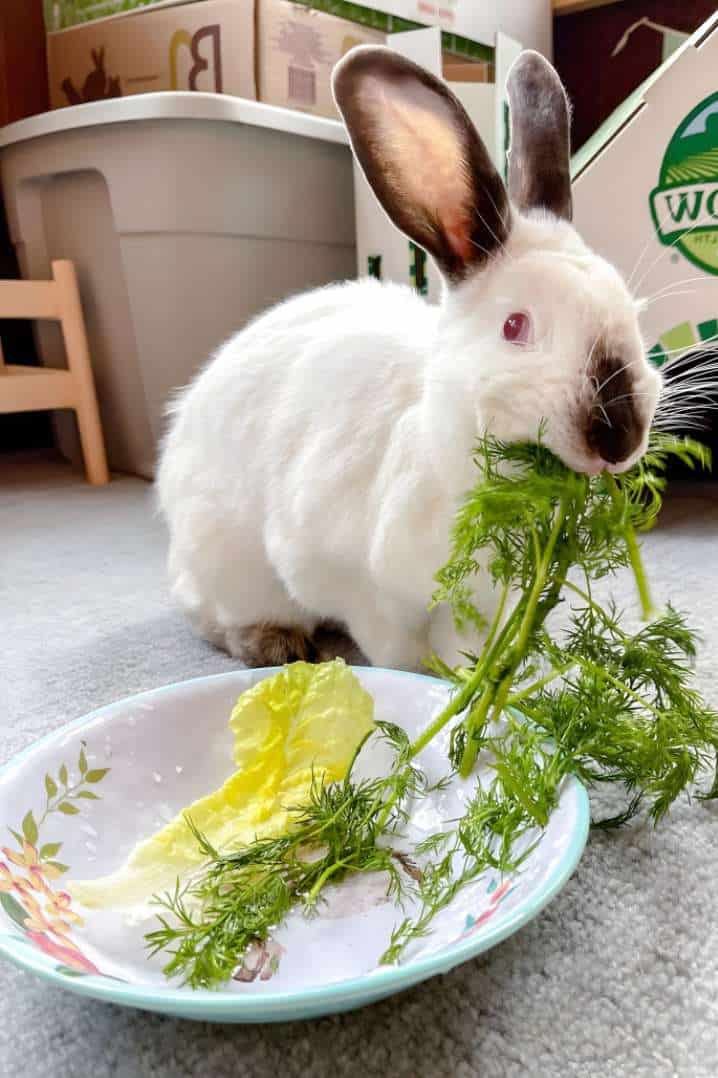 It’s best to monitor their food intake. You, as the rabbit owner, should be aware of the kinds of food your rabbit eats. One of the things that you should avoid is giving them food with a high sugar intake. If you want to give them fruit, consider it as a treat only.

It shouldn’t be part of their regular food intake. If you aren’t sure of what kinds of fruits and vegetables are suitable for rabbits, it’s better to do some research and get some important insights.

A cage with floor wiring could pose a problem for the Californian Rabbits. As this breed is on the larger and heavier side, there is a possibility of developing sore hocks. For flooring, there are other alternatives that you can look into. One option is to get a solid bottom cage for your Californian Rabbit.

It’s perfectly natural for rabbits to shed their fur, especially during the spring and winter. However, there might be instances when they ingest their fur during the shedding process. It would cause dry hairballs to get stuck in the Californian Rabbit’s intestines.

The hairballs can cause a slowdown in the movement of their guts. Various health issues can arise if the gut slows down, including constipation. One of the most effective preventive measures that you can do is to groom your Californian Rabbit at least once a week. You can do it more often during the shedding seasons.

Due to their size and weight, some Californian Rabbits might find it difficult to clean and groom themselves. It leaves them susceptible to Fly Strike. This is a condition caused by Lucilia Sericata or the green bottle fly.

Once the maggots start indulging in the rabbit’s body, it can cause discomfort. If it intensifies, it can even cause toxic shock. If ever you spot maggots on your Californian Rabbits, you should take them to a veterinarian or animal hospital as soon as possible.

TLC For The Californian Rabbit 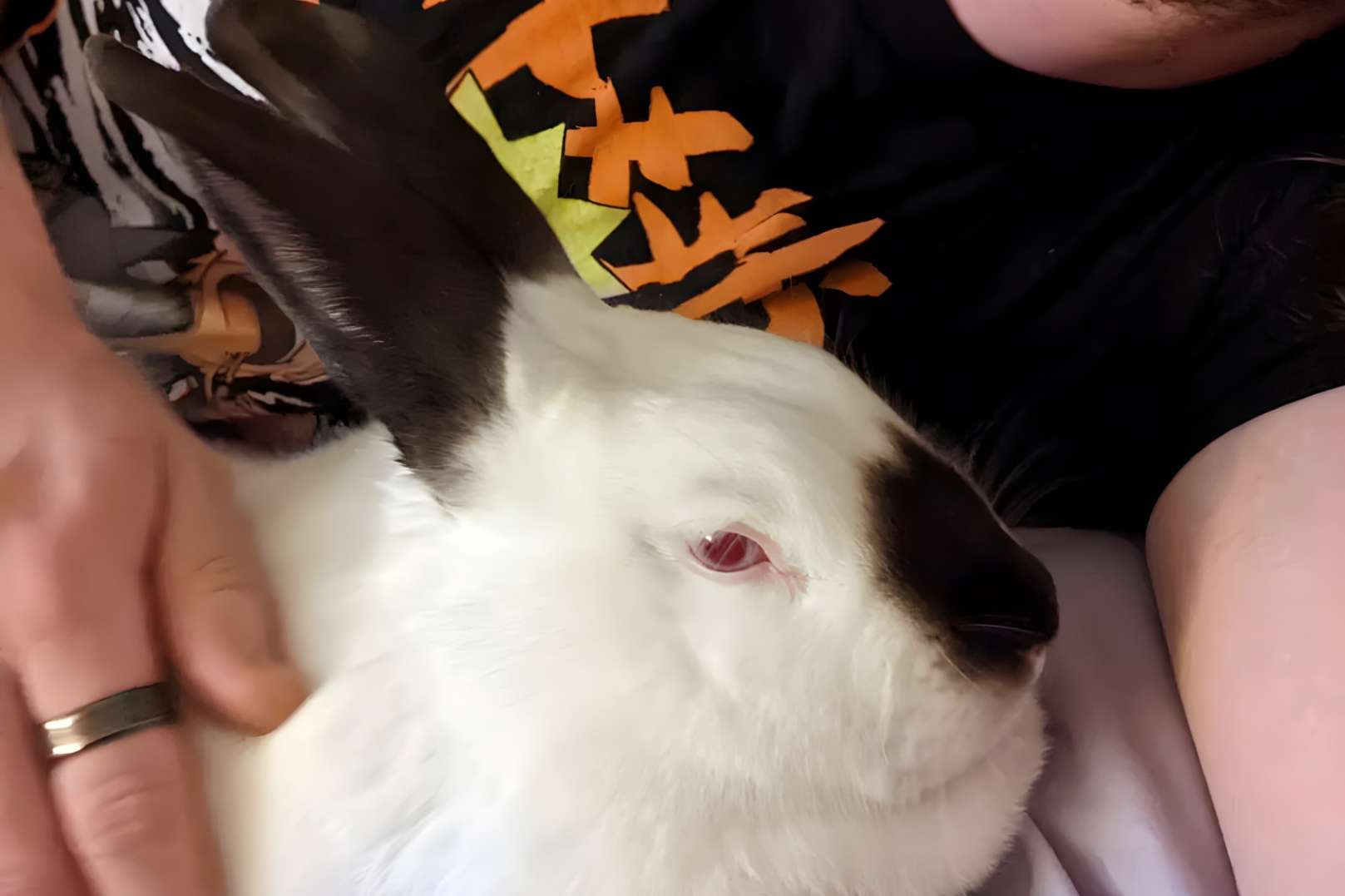 If you want to show how much you care for your Californian Rabbits, you can start by taking care of them well. While this takes some time and energy, it would be well worth it in the end.

Dehydration can be fatal for Californian Rabbits. If you want to avoid this, make sure that your Californian Rabbits have access to water at all times. You should check their water supply from time to time. Don’t forget to watch out for leaks and spillages as well. If they are running low on water, replenish it quickly.

Did you know that the rabbit’s teeth never stop growing? As interesting as that sounds, it can also be troublesome for the Californian Rabbits. There are a couple of things you can do to help the rabbit with wearing their teeth down. You should give them food with high fiber content. You can also get chew toys for them.

If their teeth continue to grow, it can lead to malocclusion. If this happens, their jaws might get infected. It can also make eating difficult for them. It can even cause them pain as it progresses.

Whether you intend to keep the Californian Rabbits indoors or outdoors, they need to have the right cages. The cage should be big enough for them, given their size. There are other things you can add to spruce up the cage.

You can line it with straw and make that as their bedding. When procuring their cage, you should always think about their comfort, safety, and welfare. Make sure you clean the cage at least once a week. Doing so helps keep the Californian Rabbits clean.

Before deciding to take a Californian Rabbit home, make sure that you are ready. You should have the space and time to take care of them. Once you are all set, you should look for reputable breeders near you who can help you with anything related to the Californian Rabbits!